The Crystal Art by Roberta Diazzi

The Famous Modena-based artist Roberta Diazzi, is popular in Italy and internationally for her artistic work “Crystals from Swarovski®”.Roberta Diazzi is prestigious parter of Excellence Magazine. The artwork from Safari series, are created by Roberta Diazzi, who has always been fascinated by the animal kingdom, especially African wildlife. 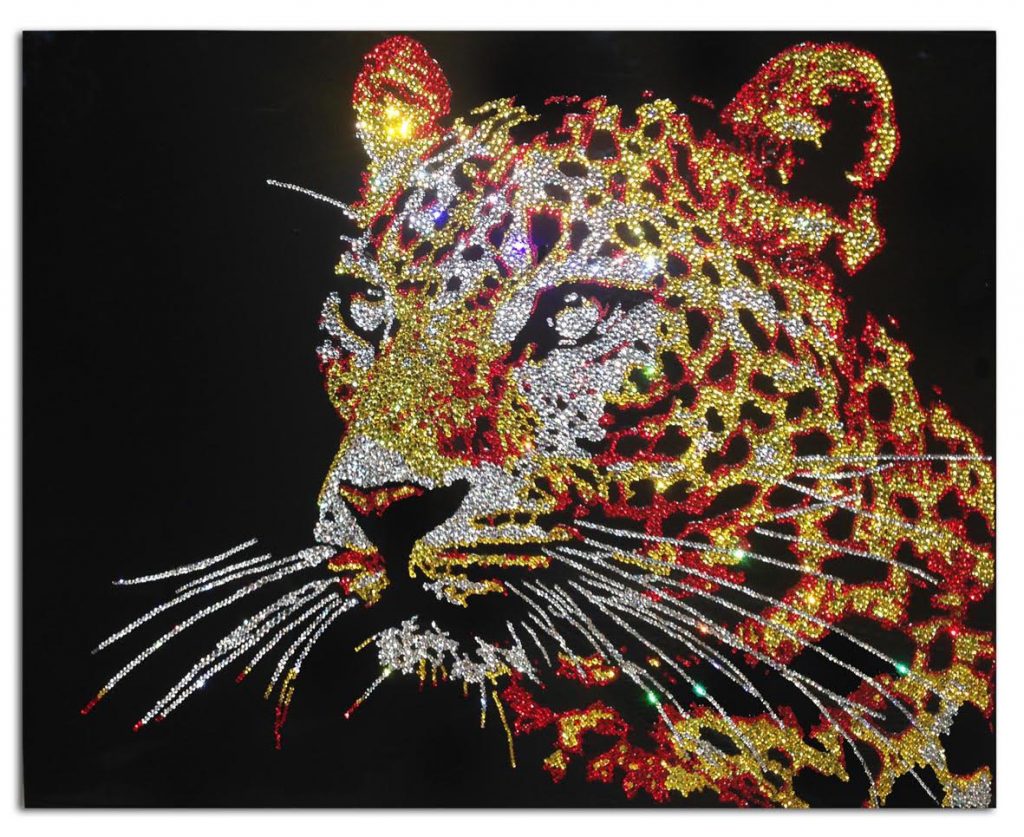 In these skillfully created works, made using small crystals, a somewhat rare and exclusive technique which the artist has studied and experimented with, applying the crystals one at a time to eventually bring life to these splendid animals, between 30,000 and 60,000 crystals are used, in some cases taking over a month to produce. 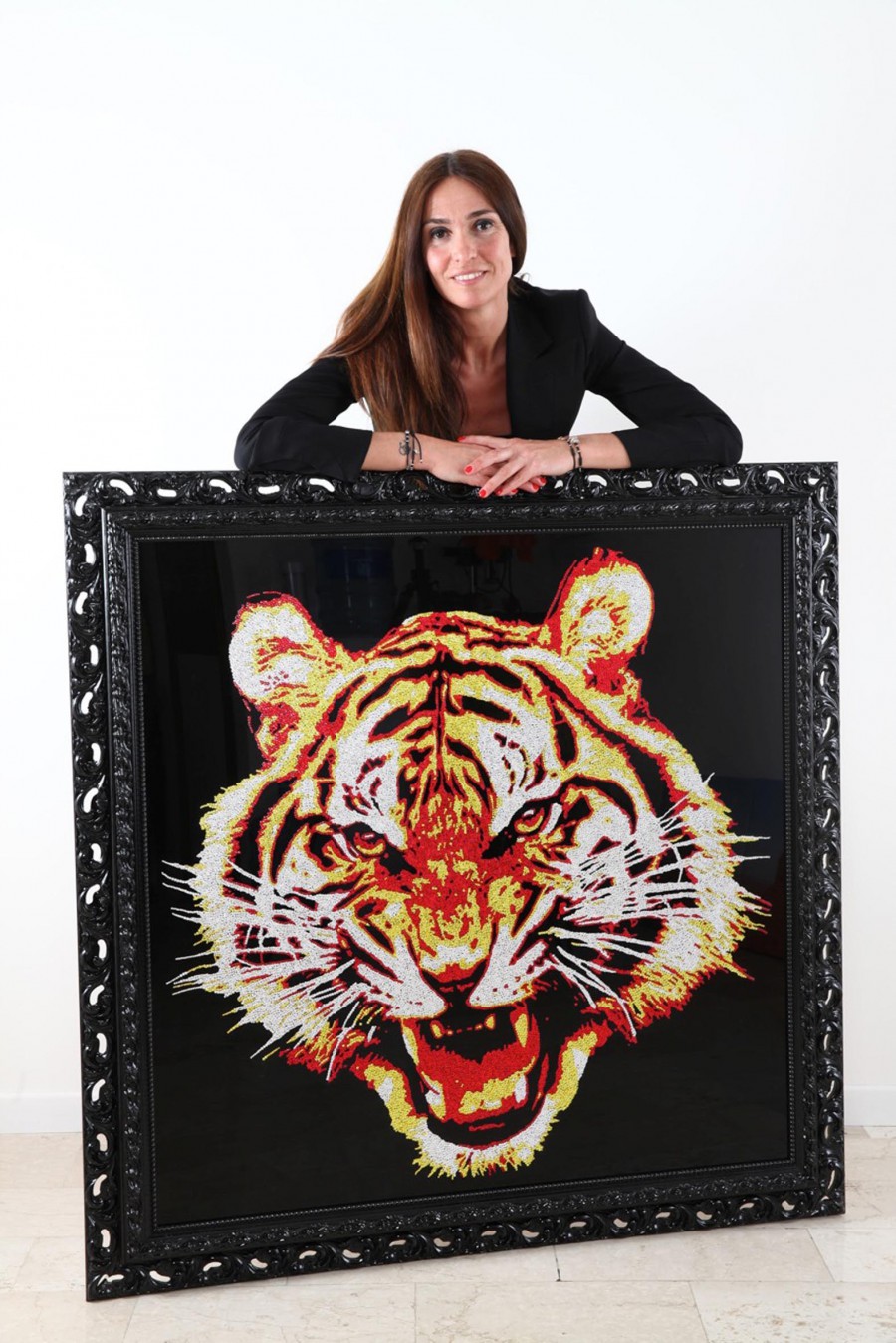 These are almost always large format works, alternating with smaller but no less valuable subjects, where the colour contrast and sparkle of the crystals stand out against the black Plexiglas background. 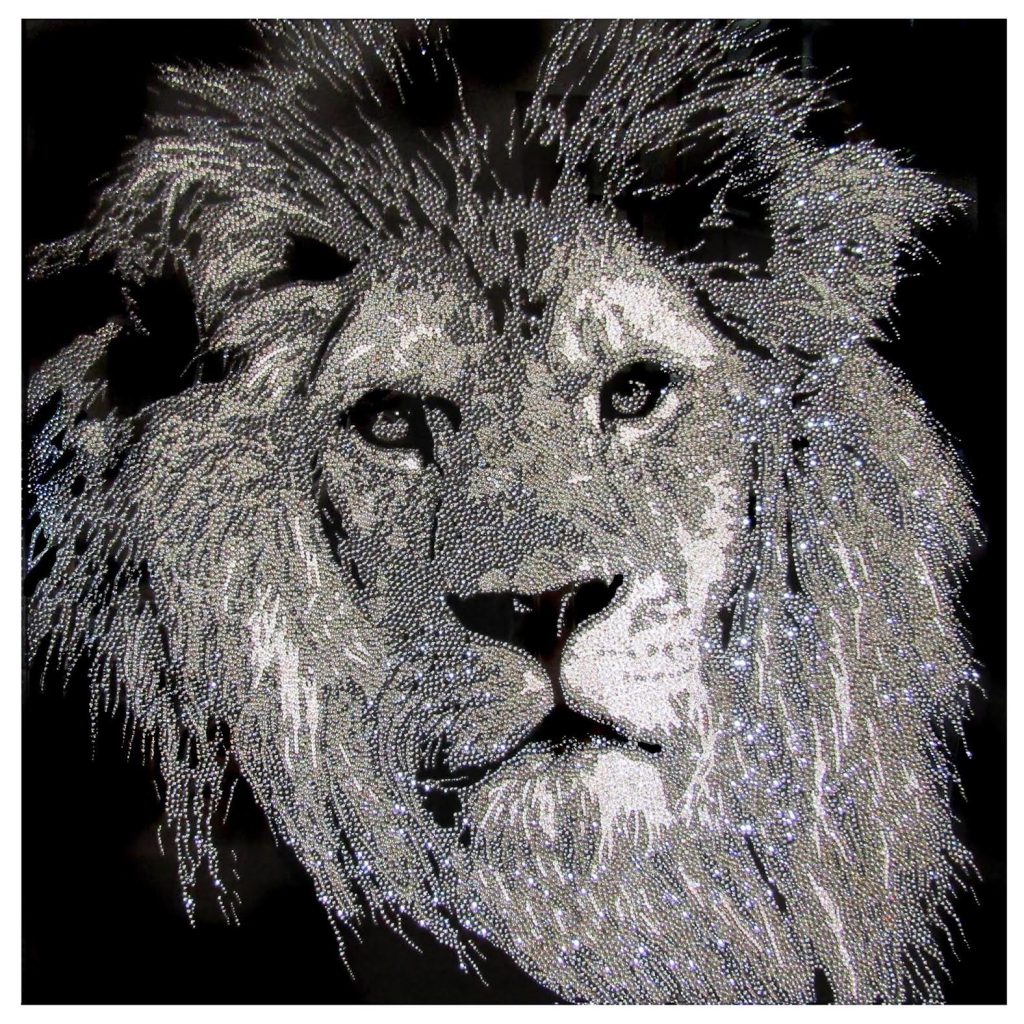 We can lose ourselves within this African journey, admiring zebras and lions made of white and grey crystals. The artist has the ability to create the right shadows, giving the animals a third dimension, as if they wanted to come out of the picture. Hawks and leopards created using yellow and red crystals, decisively warm colours just like the land they come from; the effect of the colours and sparkle make these inherently aggressive subjects stand out even more.

Let’s not forget about the pop icons, the starting inspiration for Roberta Diazzi’s work: Marylin Monroe and Brigitte Bardot are the stars, made using coloured crystals, bringing their “feminine beauty” to life, always interpreted in a very elegant manner. 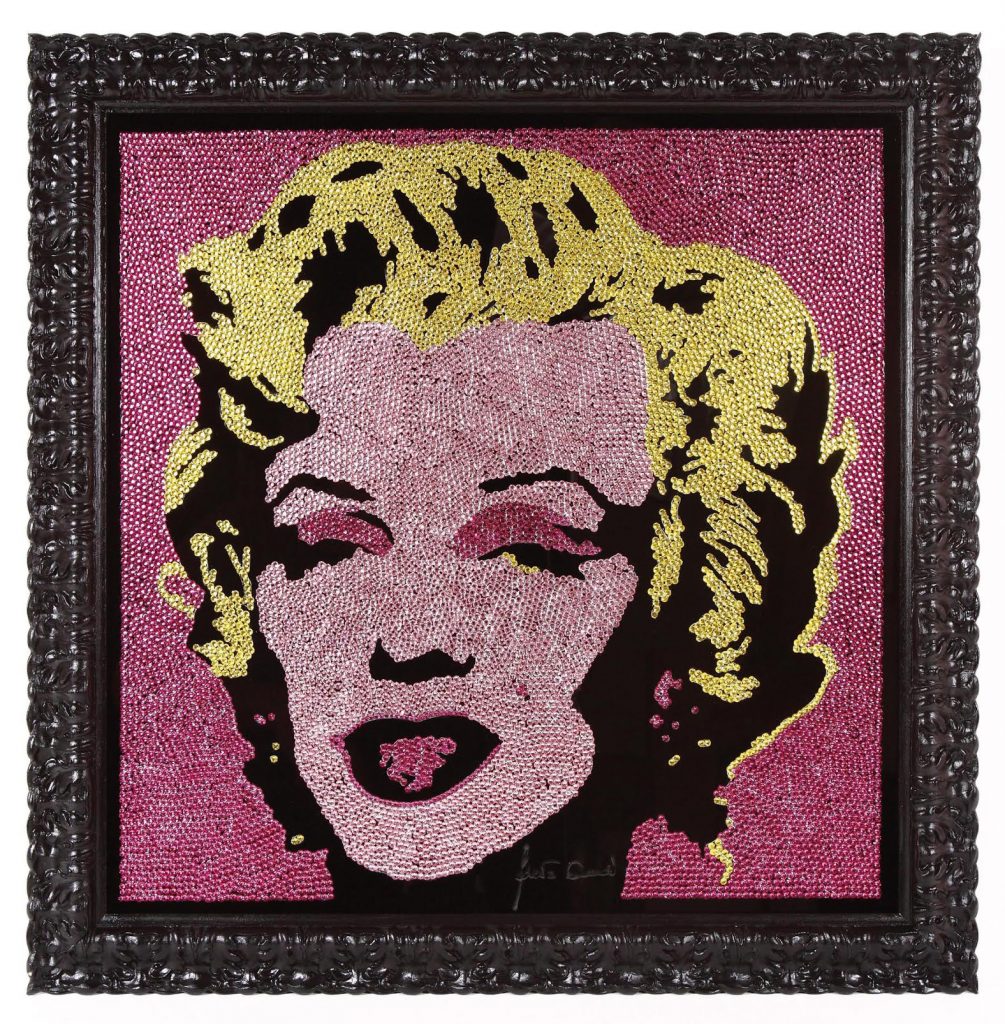 For an original present, you can commission a portrait from the artist for yourself or as a gift; a true gem.