Stefano Bressani, the tailor of art

Stefano Bressani, Maestro and creator of his own artistic technique, has taken his works to dozens of places all around the world. From American private collections to installations at the Hotel Excelsior Venice Lido Resort, Bressani’s Dressed Sculptures (known as “sculture vestite” in Italian) are full of sophisticated uniqueness and overwhelm the viewers with a triumph of colors.

Apparently pop, Bressani’s pieces entertain us and challenge us to recognize Marilyn Monroe, Maya with her Doll, or the city of Matera. However, they should never be thought of as mere reproductions. Stefano Bressani goes well beyond quoting.

Even the seemingly simplest shapes, like spheres or cylinders, wear cheerful movements that take on a new meaning every time a viewer, a collector, or an art enthusiast admires these works. 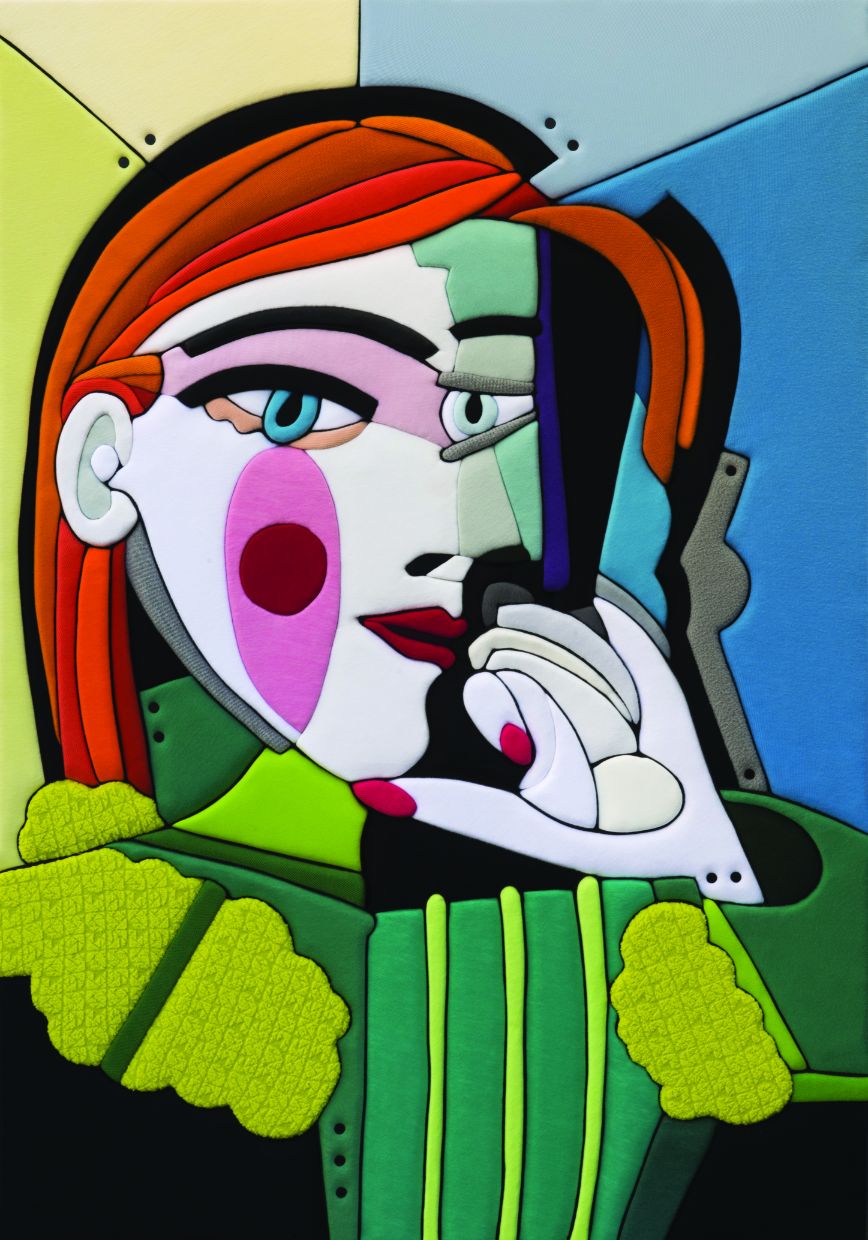 His chromatic hypnotism works perfectly well with larger sizes. After several studies on outdoor sculptures made with element-resistant technical fabrics, which led to the first obelisk exhibited for a project at the Milan Triennale, Stefano Bressani won the Arte Laguna special award at the 2016 OPEN International Exhibition of Sculptures and Installations in Venice, a side event within the Film Festival.

His impressive Skultoflower©, a 4-meter work that combines fabrics and Corten steel for the first time, is now part of a private collection in Bel Air, Los Angeles. Its twin work is featured in the permanent collection at MUPA (Museo del Parco) in Portofino, one of the most important outdoor sculpture museums in Europe.

The pattern he created, called Maliumbas© after the song Malioumba (Flying Man) from Cirque du Soleil’s album Alegria (1994), earned him a collaboration with international shoemaker Moreschi for a men’s footwear style that Bressani designed. 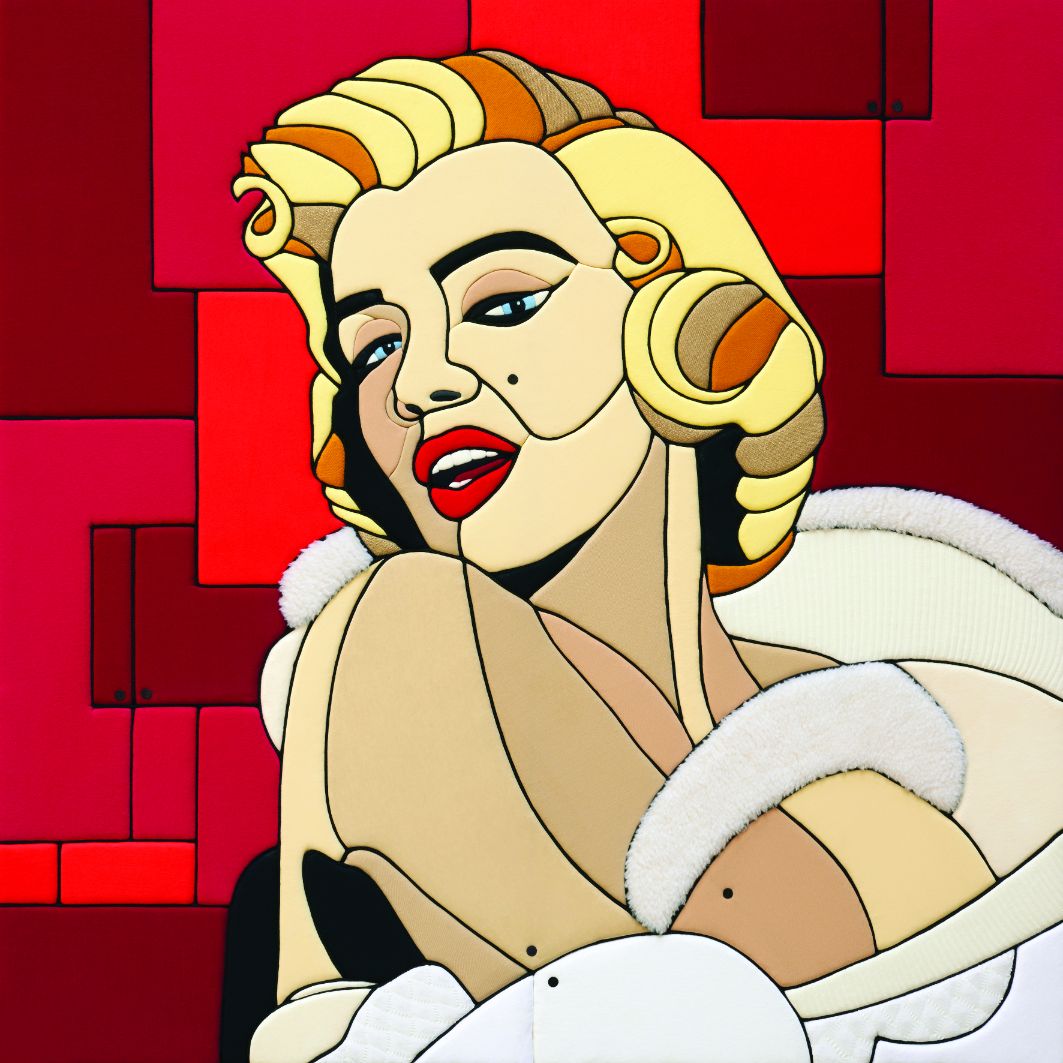 One of his shoe-sculptures at the “Walking the Art” exhibition was purchased to be part of the permanent collection at the International Footwear Museum in Vigevano.
Stefano Bressani’s studio is located in Pavia, south of Milan. The city is famous for its Certosa, a spectacular Renaissance monastery, and as the site of one of the first universities in Italy. As we write, Bressani is working on an important piece: “The Dressing the Red project is the result of years spent reaching a maturity in my style as an Artist and, most of all, as a man. The idea of becoming one of Fortunato Depero’s designs to honor him started echoing in my head a few years ago.
Today, I don’t know whether by chance or by luck, the consideration of this movement, that is, Futurism, has prompted me once again – far from any artistic irreverence or presumption – to have my say as the creator of a unique technique that can live up to the comparison – obviously, with all due respect. It can also entertain viewers and challenge them to face the fact that it cannot be se as just one movement or current – a game that, as they will find, they need to experience within themselves first, in the attempt to overcome their limits once again, without ending up being trivial, leveraging on valuable contents and thoughts, which I consider at the basis of any artistic motivation or vision.” The remake of Depero’s design will be previewed at the Hotel Splendid Royal in Lugano at the evening presentation of Excellence Fine Art, alongside the picture that Giovanni Gastel will take of Bressani wearing his work. The whole backstage of the sculpting process and photo shooting at the Gastel studio will be told in a reportage by Loredana Celano, on view at the Expowall gallery in Milan.

“After being portrayed by over seventy interpreters of photography, after having met and worked with some of the greatest masters in the field, I turned my attention to Giovanni Gastel, both because I deeply admire him, and because I respect him as a gentleman from yesteryear, with kind, polite manners and visions that are ahead of times. He is the only one that I think has what it takes to photograph my fabrics. This is simply how this collaboration started, with a message, a picture of Depero’s original work, and me asking Gastel: “If this became my dress, and my dress were a work of art, would you come along?”. “Count me in,” he replied. In 2015, at a Picasso exhibition in Italy, Bressani was invited to showcase one of his works, selected as one of the three best experimentations inspired by Pablo Picasso. That was when Bressani decided to start creating Picasso ReLOADED, a grand tribute to his maestro, although Bressani was later able to find his own break-up technique. 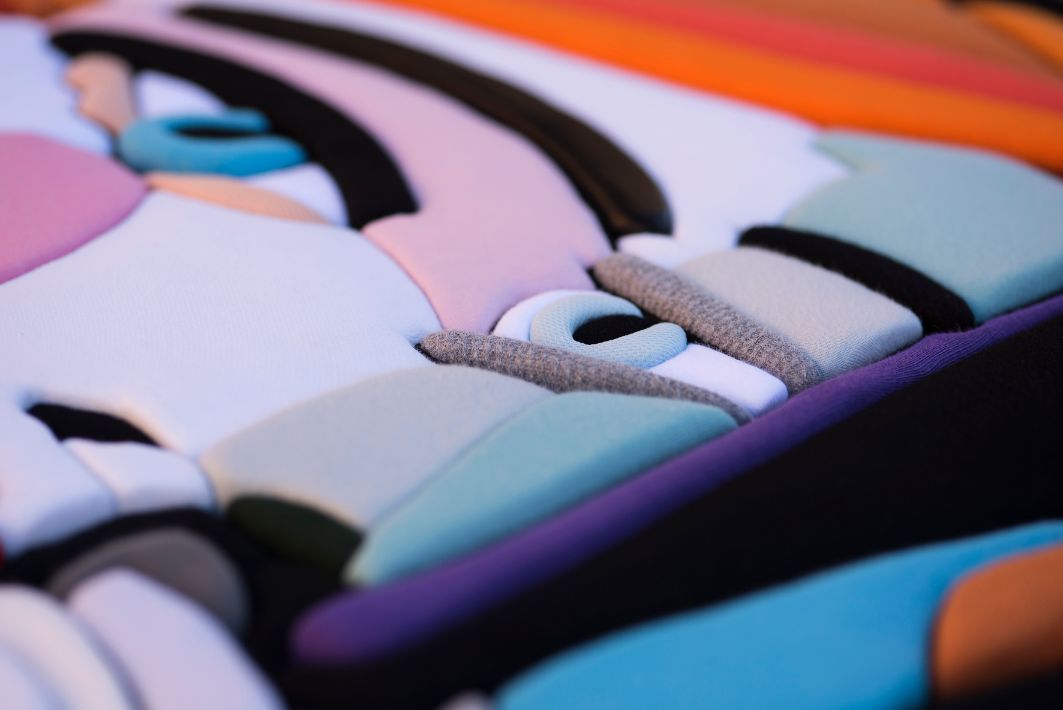 As curator Robert Phillips explains, “the need to break up images and to put them back together in different shapes, structures and materials leads to a result that can be recognized as innovative, born of a matured, evident operational method. Bressani has always been open and willing to clarify and explain his Art in theory – like the best craftsmen, he would never reveal his tricks of the trade – and has decided to honor great Picasso not just to pay him back for his influence on him, but also to allow the public to fully understand the concept of break-up, which the Maestro held so dear.” The new exhibition Picasso ReLOADED features 27 dressed sculptures in different sizes, and is completed by photo-biographic exhibition on Bressani: seventy portraits captured by the greatest names of photography, including Nino Migliori, Giovanni Gastel, Maurizio Galimberti, Graziano Perotti, and Douglas Kirkland. Due to Covid-19, the exhibition planned at the Priamàr monumental complex, the fortress symbol of Savona, was postponed to 2021.