The must-see exhibitions of 2015 in Italy

The exhibition, curated by Kathleen Adler, presents a reading of the work of Van Gogh completely new and focuses on issues related to Expo 2015: the land and its fruits, the man at the center of the real world, rural life and rural closely tied to the cycle of the seasons. 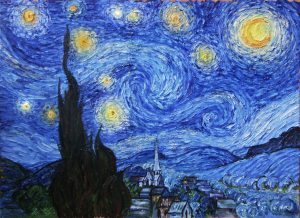 The corpus of the exhibition is, as for the exhibition of 1952, with works from the Kröller-Müller Museum in Otterlo, in addition to works from the Van Gogh Museum in Amsterdam, the Museo Soumaya-Fundación Carlos Slim City Mexico, from the Centraal Museum in Utrecht and private collections normally inaccessible: a unique opportunity to explore, through the eyes of the artist, the complex relationship between human beings and nature that surrounds it.

The exhibition will have a mise en scène of exception: the superstars Japanese Kengo Kuma, born in 1954, the project will take care of setting up the exhibition.

After almost 100 years, Milan returns to be the location of the Universal Expo. The theme on which focuses the unique event is about, as in the Van Gogh exhibition, the relationship between food and the earth: “Feeding the planet. Energy for life”. During Expo Milan will celebrate the genius of Leonardo with an exhibition from April 15th to July 19th 2015. In Palazzo Reale will be set one of the biggest exhibition dedicated to Leonardo ever organized in Italy. The exhibition will cross through the polyhedric world of the master as an itinerary among his love and genius in art and science, who created some of his most famous works during their stay at the lombard court of Ludovico Il Moro, which lasted from 1482 to 1499. 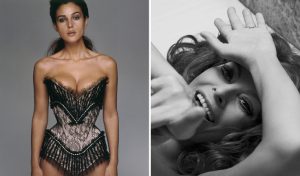 Helmut Newton, Richard Avedon, Annie Leibovitz, Peter Lindbergh, Herb Ritts, Steve McCurry are just some of the great photographers behind the success of the Pirelli Calendar.

With the great exhibition Matisse. Arabesque the Quirinal Stables have about 100 works, including paintings, drawings and costumes referring to the entire arc of the production by Henri Matisse. Will be reunited masterpieces from the most prestigious American and European museums, with a particularly significant contribution of the Pushkin Museum in Moscow and in St. Petersburg whose collections matissiane are among the richest and most important in the world.

The exhibition displays over 90 photographs taken throughout the world by the magazine’s leading professionals and also a series of graphics and texts that put attention on the various problems associated with the future of food: climate, habitats and forests, aquaculture, but also the wasting of food and the new face of hunger, as well as the next green revolution. 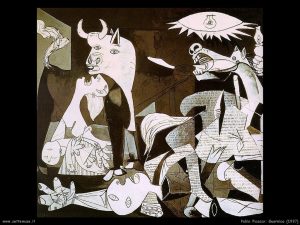 Picasso and the Spanish modernity welcomes about 90 works of the production of Picasso and other artists, including paintings, sculptures, ings, engravings and a film shooting, thanks to the collaboration between the Fondazione Palazzo Strozzi and the Museo Nacional Centro de Arte Reina Sofía in Madrid. Among the works on display are famous masterpieces such as the portrait of Dora Maar, the Horsehead and The painter and the model of Picasso, Siurana, the path of Miró and also drawings, engravings and paintings by Picasso preparatory to the great masterpiece Guernica, never exposed in so many outside Spain. 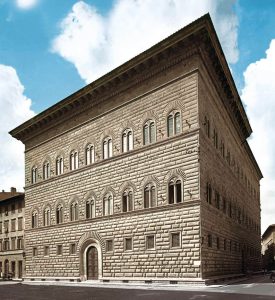 Shortly after arriving in Europe and taking up residence in Palazzo Venier dei Leoni in Venice, Peggy Guggenheim decided in February 1949 to display her collection at Palazzo Strozzi in Florence. At a time when Italy was emerging from a long period of cultural isolation and from the tragedy of World War II, Peggy’s works of art provided a kind a kaleidoscopic revelation to the general public, to artists and to experts, who immediately grasped the explosively innovative impact of the event.

At about the same time as Peggy was shaking up the cultural scene in the Old World, her uncle Solomon R. Guggenheim in 1959 was setting out on an equally exciting adventure in the United States, opening the Guggenheim Museum in New York, an icon of architecture and a veritable temple of dialogue among the avant-garde movements in art.

In devoting an exhibition to the Guggenheim collections in the museums united today under aegis of the Solomon R. Guggenheim Foundation, Palazzo Strozzi aims to offer visitors a fast-paced account of the birth of the first avant-garde movements in the aftermath of World War II, in a close and constant dialogue between those European artists who were later to become known as the protagonists of Informal Art (including Burri, Vedova and Dubuffet), and such leading lights of art in the United States as Pollock, Rothko, Motherwell, De Kooning, Gorky, Matta, Baziotes and Pousette-Dart.