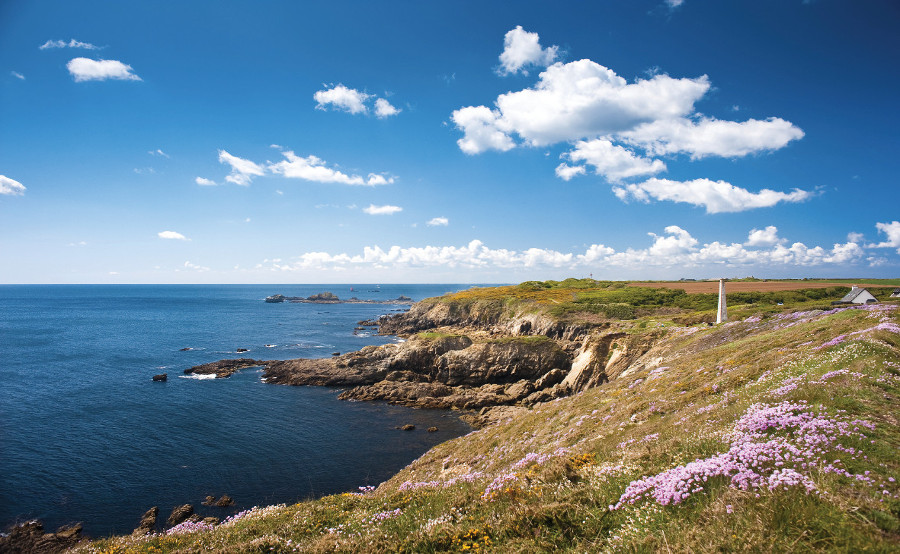 For many hundreds of years, Brittany has been on the international map for travellers. Long before the age of tourism, this westward province of France, jutting boldly out into the rolling Atlantic, was one of France’s major gateways to the rest of the world. Through the region’s historic ports such as Lorient, Saint Malo or Brest, seafarers and travellers passed en route to and from the distant corners of the earth. From Breton ports, explorers set out to discover the New world and the Indies; and through these harbours and ports once passed a good proportion of France’s foreign trade; coffee and spices from the Orient, furs and tobacco from the new World, and all the products that France sent out to the rest of the world in the days of galleons and clippers.

In the middle of the nineteenth century, the arrival of steam trains made Brittany relatively easily accessible from Paris; and being somewhat closer than the South of France, and somewhat milder than the area to the north of Paris, Brittany became a popular region, developing seaside resorts much in the same way as Devon and Cornwall did on the other side of the Channel.
More recently, with the development of international travel, cross-Channel ferry services, high-speed trains and motorways, Brittany has become a region  that is very accessible for holidaymakers from neighbouring countries, as well as from the rest of France; and Britttany is now the fourth most popular tourist region in France, and the most popular in northern France. With its cluster of islands, it is also the region of France with the longest coastline – 2730 kilometres, about a third of the total shoreline of France….. Brittany in fact  possesses an exceptional maritime heritage, particularly appreciated by its visitors. This is evident from the number of festivals dedicated to it.

However, Brittany, has far less than a third of the total number of seaside holidaymakers. And while the major resorts like Saint Malo get pretty busy in the tourist season, even in the height of summer, it is not difficult to find small creeks or wide sandy beaches without crowds.

Brest, with a population of 150,000 inhabitants, is home to the French Atlantic fleet and is a major naval port. It has a modern university. The old walled city was fortified in the seventeenth century by the great military engineer Vauban, though much of the old town was destroyed in 1944. Today the city is an industrial centre and a popular sailing port. The city is sited at the end of a large sea inlet, the Rade de Brest.

St. Malo is a magnificent island walled city on the north coast of Brittany. Heavily damaged in World War II, it has since been rebuilt virtually as it was, and is an architectural gem. In a way, it is France’s equivalent of Plymouth, the seaport from which many merchants and adventurers set out in centuries gone by, to seek their fortunes trading and privateering in distant waters. The wealth that they brought back is reflected in the city’s magnificent architectural heritage. 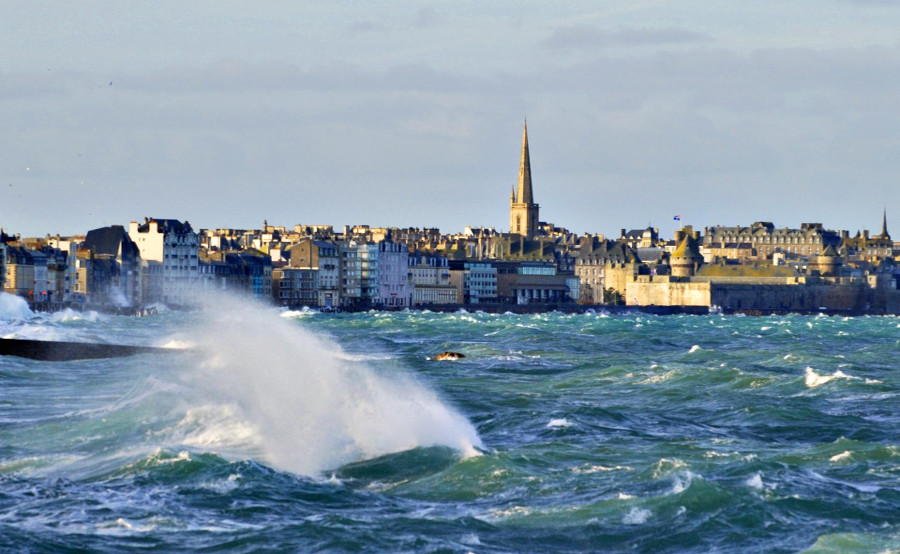 Stretching from the Mont-Saint-Michel – often simply called ‘The 8th Wonder of the World’ – to the walled town of Saint-Malo, the Emerald Coast boasts some of the highest tides in Europe, offering visitors the chance to take some long walks in fresh sea air, on shorelines whose outstanding heritage is handed to you on a plate, garnished with oysters, mussels – and castle fortresses.

The UNESCO World Heritage site of Mont-Saint-Michel is a gem of nature and architecture and without surprise, one of the most visited sites in France. But don’t rush straight up there. First, take some time to explore its bay, on foot or on horse-back, at nightfall, when the tide is coming in, accompanied by an ornithologist or shepherd. You’ll see a beautiful postcard image come to life before your eyes.

The headlands of Pointe du Grouin and Cap Fréhel, together with Mont Saint Michel Bay, are three sites of exceptional natural beauty carved into Brittany’s coastline. They are wild, invigorating and full of poetry in every season. Colonies of rare birds and a variety of plants have found an ideal refuge here. Off the coast of Cancale, you might see dolphins playing. The best way to appreciate the peace of these vast open landscapes is by bike or on foot; explore via the greenways, the ‘Grande Randonnée’ (GR) long-distance footpaths or ‘Tour de Manche’ cycle route. Individually, in a couple, with the family or a group of friends, they offer both long-distance hiking and cycling holidays and fantastic family days out.

Nantes, with its 280,000 inhabitants, would be the largest city in Brittany if it were still officially in the region. In the past it was the seat of the Dukes of Brittany, located at the top of the tidal reaches of the Loire. It is France’s fourth largest port, and is a major economic and cultural hub for the west of France. Its airport is convenient for people travelling to the south of Brittany. In Nantes the worldwide famous yachtsman Eric Tabarly was born in 1931.

Eric Tabarly became a legend in French sailing from the moment he beat the British to win the second edition of the single-handed transatlantic Race. Taking on the British nation and winning for France had a particularly pleasing resonance; and it echoed a usually friendly seafaring rivalry that has exists between the two nations to this day.

But it was not so much the fact of Tabarly’s victory but the nature of it that elevated him so highly in the public perception in France. Because where his rivals sailed yachts designed and customised for their purposes, Tabarly took a yacht – the 44-foot Pen Duick 2 [pronounced like Buick the car] – that had been designed for a crew of eight, and sailed her alone. He beat the winner of the first edition of the race – Sir Francis Chichester – by nearly three days.

Tabarly, on leave from the French Navy, was a tough and fearless man but he was also an innovator and it were these characteristics that would symbolise his approach to a professional sailing career that would last a lifetime.

Although it was single-handed sailing – in particular, victory in the single-handed transatlantic race – that elevated Eric Tabarly to legendary status – he was awarded France’s Legion D’Honneur for his triumph – the planet was calling. Before long Tabarly had not only competed in races like the Sydney Hobart, the Fastnet Race and the Transpac, winning line honours in all three and setting a new course record in the Transpac, he had begun to make plans to compete in a new round the world race – the Whitbread Round the World Race.

Eric Tabarly, sailing Pen Duick VI, led a team in the 1973 Whitbread where he finished second and by now Tabarly had reached film star status in France and was often photographed alongside leading French personalities. But it was always his oceanic exploits that drew the most attention… exploits such as his victory in the 1976 single-handed transatlantic race where he beat the massive 236-foot schooner Club Mediterranée in his 73-foot Pen Duick IV.Eric Tabarly

In 1984 Eric Tabarly was voted the most popular sports figure in France and in 1994, aged 63, he was drafted into the Whitbread Round the World Race again to take over the running of the French maxi La Poste where his legendary leadership skills were called upon to pull together a disparate team. Tabarly loved sailing to the very end and it was during a voyage to Ireland to celebrate the 100th anniversary of Pen Duick that he was struck by the boom and swept overboard to his death. France mourned, and the French Prime Minister said ‘This was a man who was afraid of nothing and followed his passion and his will to the end. 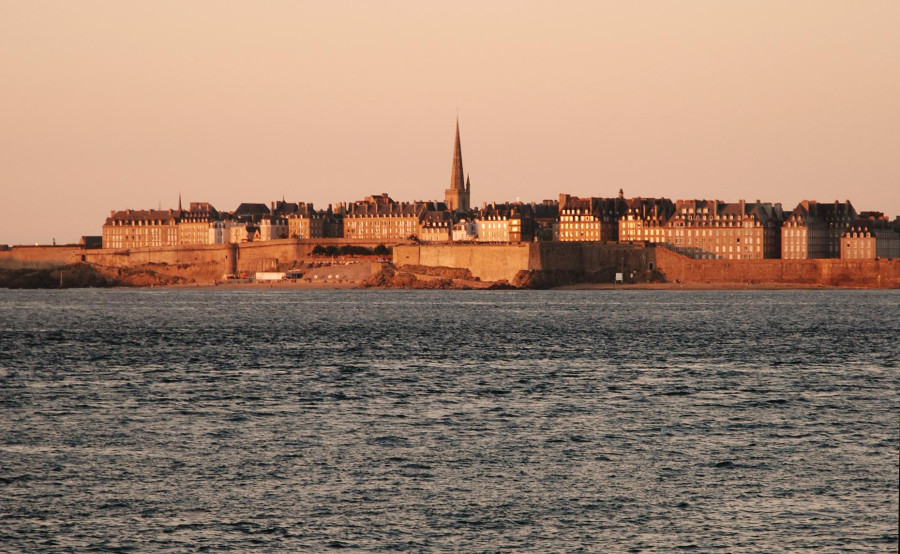 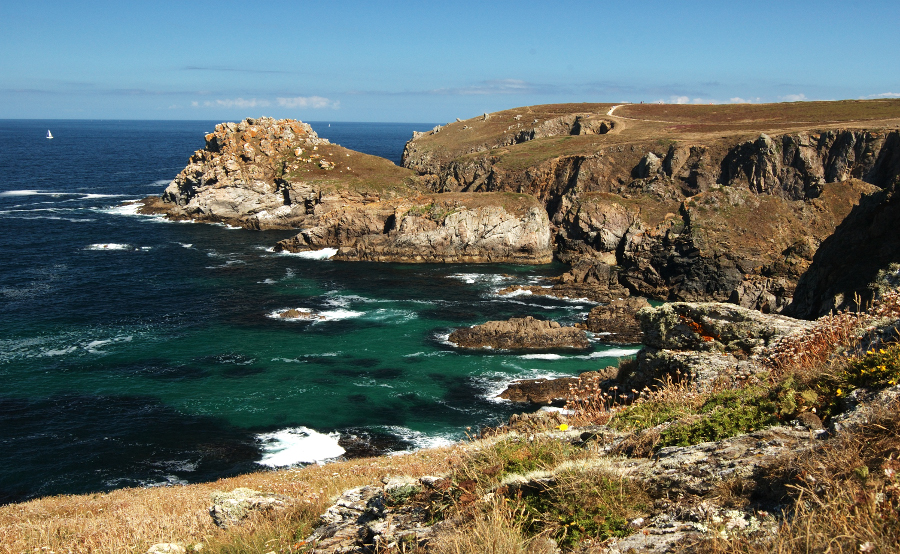