Thirty years have already gone by since the Louvre Pyramid was unveiled.

Designed by architect Ieoh Ming Pei, this huge glass and metal pyramid was long opposed by Parisians, who perceived it as an intrusion in the 18th century architecture of the palace. Despite all criticism, thirty years later, the Louvre Pyramid is internationally known as one of Paris’s symbols, and it is now hard to think of the French capital without it. 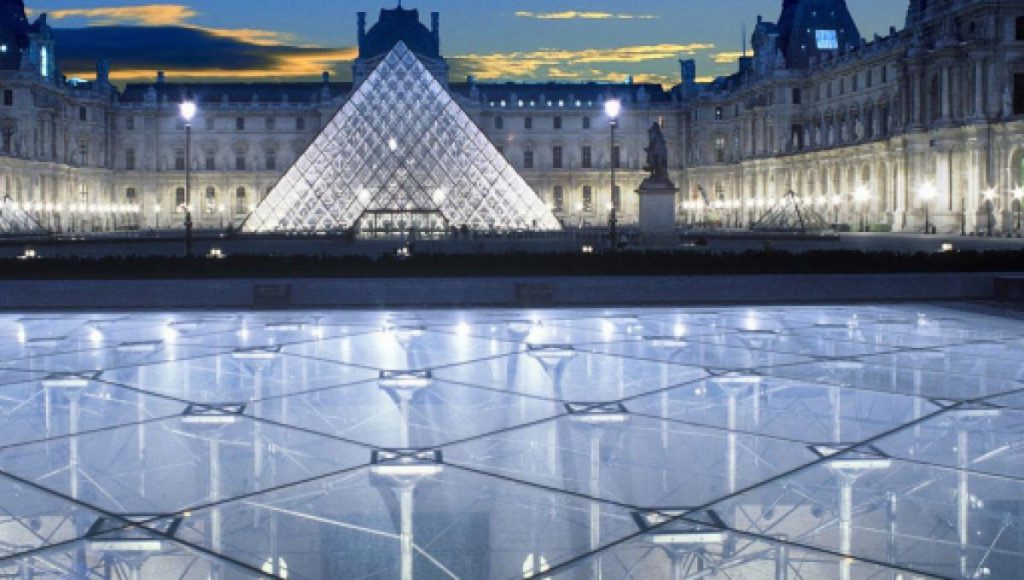 The museum decided to celebrate its pyramid’s 30thanniversary in a fairly unusual way by involving French artist JR (Jean René), who came up with a monumental installation specifically created for the occasion. 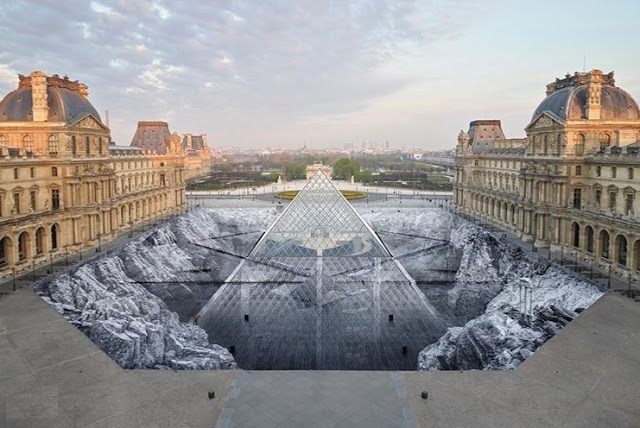 For three days, with the help of 400 volunteers, he pasted long paper stripes on the floor of the Napoleon Courtyard, ultimately revealing a dramatic optical illusion. 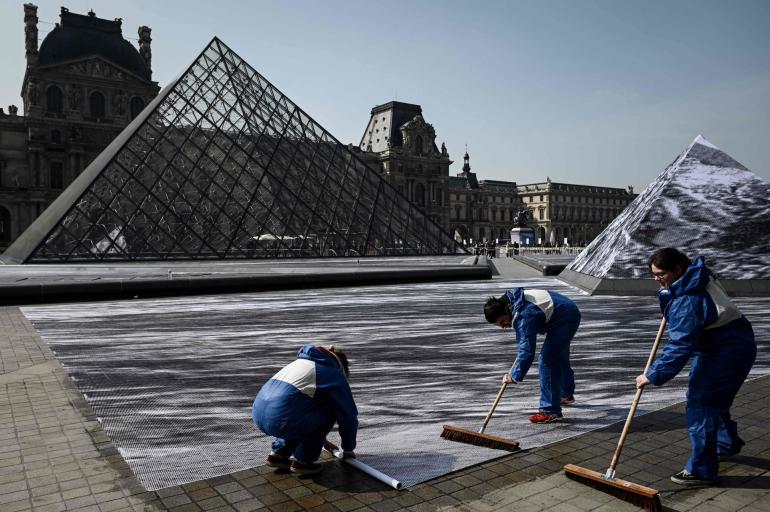 If looked at from a storeroom on the museum’s third floor, the art piece shows the pyramid emerging from a rocky quarry. Meant to last a single weekend, the stunning creation can now be found on JR’s Facebook profile.