Maybe you’ve already heard about me, maybe you’re a little bit puzzled reading this bizarre words combination, but today I’m here to share with you a great revelation. 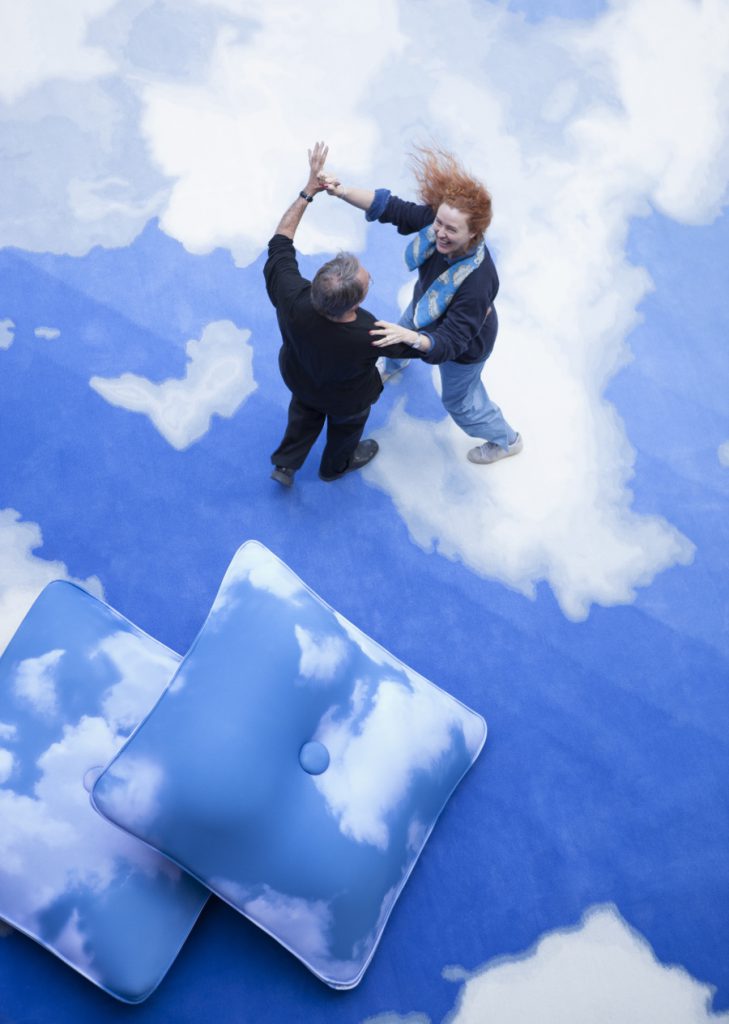 I can reveal to you that my architectural work has been nothing but a cover story for my real job, which due to a solemn commitment I had made, I had to keep secret. In reality, since 1965 I have always been, above all, a “Cloud Merchant”. Yes, that’s exactly right: I have produced, sold and distributed around the world… clouds. This is a story that comes from far away, and I’d like to tell it to you now. It was the spring of 1965. I was crossing the prairies of the north-western United States in search of myself, trying to make sense of the world, on the road, in Kerouac’s footsteps. By chance, as I wandered, I encountered an old American Indian chief. He invited me to smoke the calumet, and we talked to each other about the origins of life and about how we are part of nature and of the universe. When I was getting ready to take my leave, he said he wanted to let me in on a secret. He and his tribe, which had been wiped out, held the secret of the production and distribution of the world’s clouds. It was a secret that had been handed down from generation to generation. Since there was no hope left of passing it down within his by now extinguished tribe, he informed me of his great heartache at the thought that if this secret were not passed on, the world would become a world without clouds, an arid world, with no rain; the first step towards a world without dreams, without imagination, without emotion – all of which would have vanished in the wake of the disappearance of the clouds. He asked me, for the good of the world, to become the new keeper of this secret. I accepted, because in that moment I realised that there, from the old man, I had gained self-knowledge and understood the sense of life. He then taught me how to produce them, how to leave them in heavens’ pastures and how to send them to the world, using the motorways of the winds that run across the skies, at different heights, of which he also gave me a detailed map – the fruit of thousands of years of experience.

As soon as I returned to Italy, I immediately established Studio65, as a front, and I began to produce clouds, distributing them across the world. As well as producing the classic types – stratus, cirrus and cumulus – as I honed my skills I began to produce special models: golden clouds for romantic sunsets – usually commissioned by couples in love – or those tinted with a faint pink hue, for the mornings awaited by young lovers, at the end of a night of lovemaking; not to mention those young clouds that gallop like wild horses across heavens’ pastures. I got to know the petrels that accompany armies to frighten the enemy. I produced and inspected mountains of clouds in the tropical skies that go hand-in-hand with the rainy season, full of peaks and caves, and then the carpets of clouds to cover the great extensions of the surface of the world. I learned to recognise their voices, to decipher the language they use to communicate with them and to guide them to their destination. I found out that it is totally wrong to believe, as some fools do, that clouds cannot be visited or comfortably play host to visitors. Clouds can be straddled, and with them you can fly far away, or settle down in their caves, slide on their slopes, leap and tumble on their soft surfaces. But these pleasures are not open to everyone. Clouds do not reveal their mystery to everyone, because they don’t want to be invaded by hordes of vociferous tourists on Sunday picnics, or to find themselves littered with empty beer cans and plastic bags. They afford this privilege exclusively to those who believe in dreams as the only reality and are respectful towards the silences and sounds of nature and the universe. This is the key to open the door to the world of clouds.

This is the key that open the world of clouds world,
a world I’ll reveal little by little.
Roll up, roll up, ladies and gentlemen,
this is the start of a dreamlike fairytale!