From the Darsena to the Gothic Line. Alfredo Catarsini in Lucca

Banca del Monte di Lucca Foundation hosts the exhibition dedicated to Alfredo Catarsini from 13 March to 8 May in the beautiful rooms of the Palazzo delle Esposizioni.

‘Landscapes, figures and large pictorial compositions (1917 – 1945)’ is the subtitle of this great painting exhibition curated by Rodolfo Bona (with the collaboration of Claudia Menichini and Elena Martinelli), the first retrospective celebrating the youthful phase of Viareggio artist Alfredo Catarsini (1899-1993). 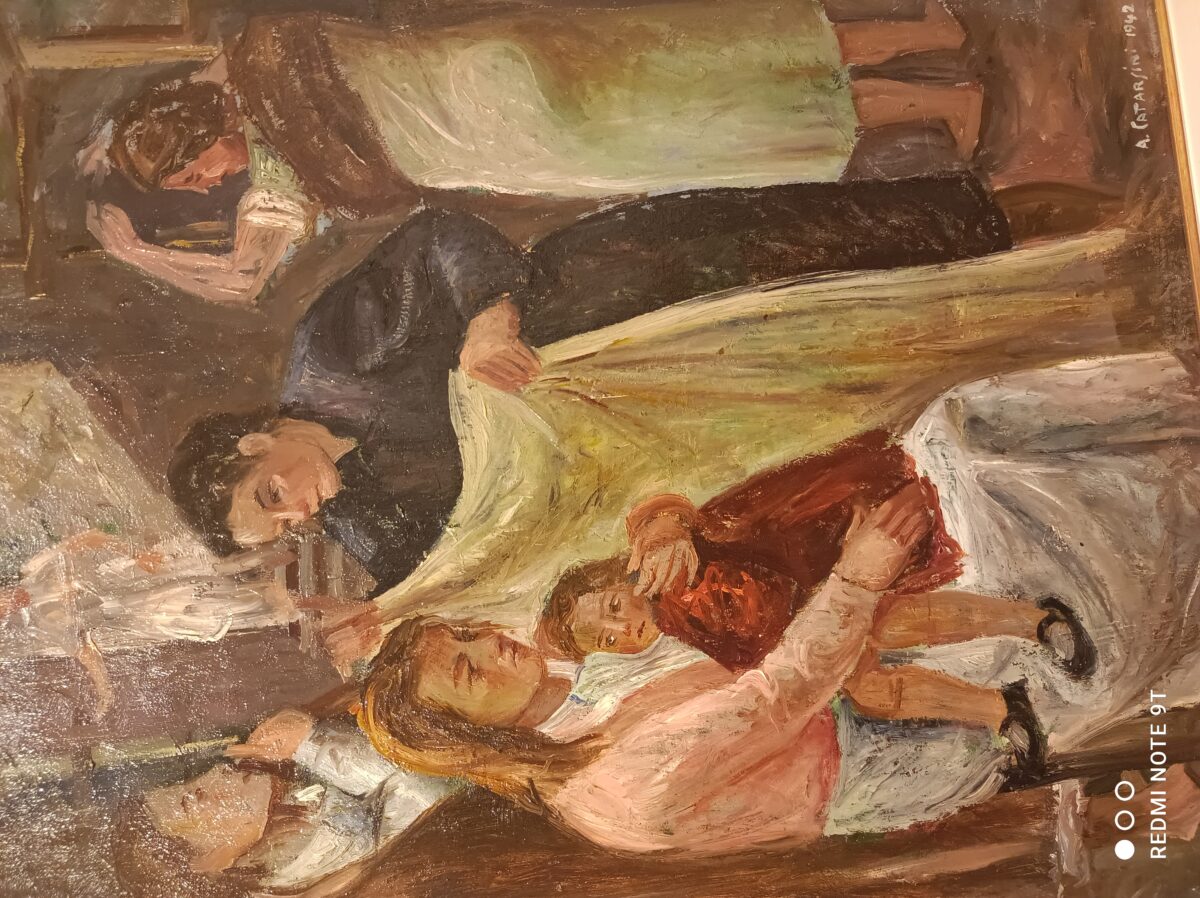 Painter, writer, critic and cultural animator, a painting and graphics award has been named after him for 20 years, while in the summer of 2020 the ‘Alfredo Catarsini 1899 Foundation’ was created, chaired by his niece Elena Martinelli.

The exhibition, full of 82 works, traces the main stages of the artistic itinerary of the Versilian painter, from the beginnings in the shadow of the Matilde Tower to the national exhibitions of fascist Italy of the 1930s, to reach the great compositions with a historical and celebratory subject, made between 1939 and 1941 and to the religious-themed mural works of the two-year period 1944-45.

The exhibition is divided into nine rooms on the three floors of the Palazzo delle Esposizioni: on the ground an introductory room with works of various kinds; on the first floor there are paintings of landscapes and seascapes; on the second, seven rooms with landscapes and seascapes, portraits, self-portraits and family images, works dedicated to the themes of war and religion, preparatory drawings and paintings for the frescoes of the Church of San Martino in Freddana where Catarsini was displaced, and more drawings and paintings dedicated to air-raid shelters, images of Bastia (in Corsica) and still lifes of various kinds. The exhibition also includes two video stations, with Freddana’s frescoes and documents from the Catarsini studio visible in the Villa Paolina in Viareggio. 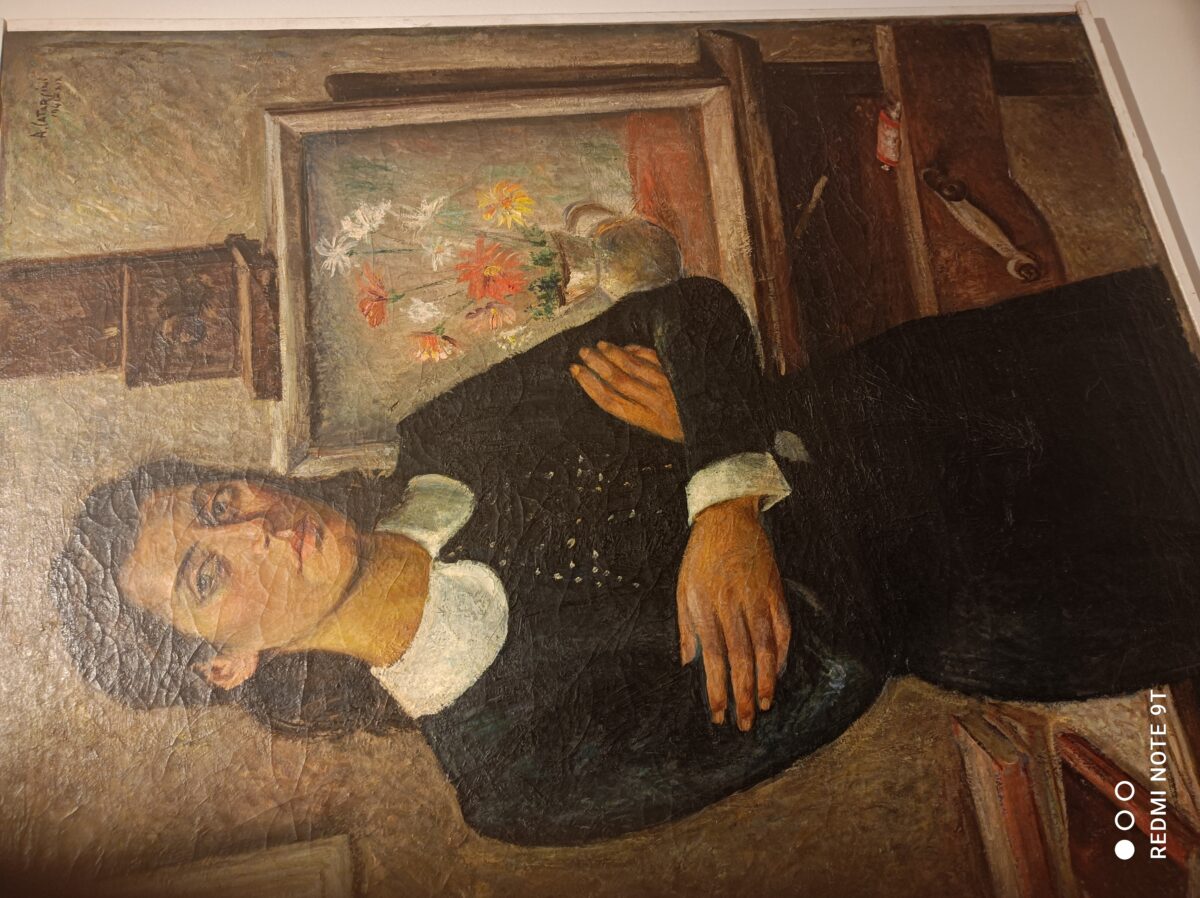 In this interview, the granddaughter of the artist Elena Martinelli, an important figure in the life of the Viareggio painter, who shared her grandfather’s path in a harmony of souls from an early age, we retrace the memories

Does want to tell us about the pictorial journey of this important exhibition?

Alfredo Catarsini was a painter and writer from Viareggio, animator of many cultural proposals in Versilia. Born in 1899 and died in 1994, he dedicated his life to art.

In this exhibition, “From the dock to the Gothic line”, many works by him are exhibited that tell the many paths of his research through the expressive facets of his painting.

We find early works in addition to the paintings that participated in all three editions of the Cremona Prize in ’39, ’40 and 41.

Many of his works have been lost, but the story is told in a video that we produced and which can be viewed here at the Palazzo delle Esposizioni, which concerns the archive itself

Historian of Catarsini which is kept in the Villa Paolina in Viareggio where we have set up, or rather, refurbished, his atelier with exactly all his original things. 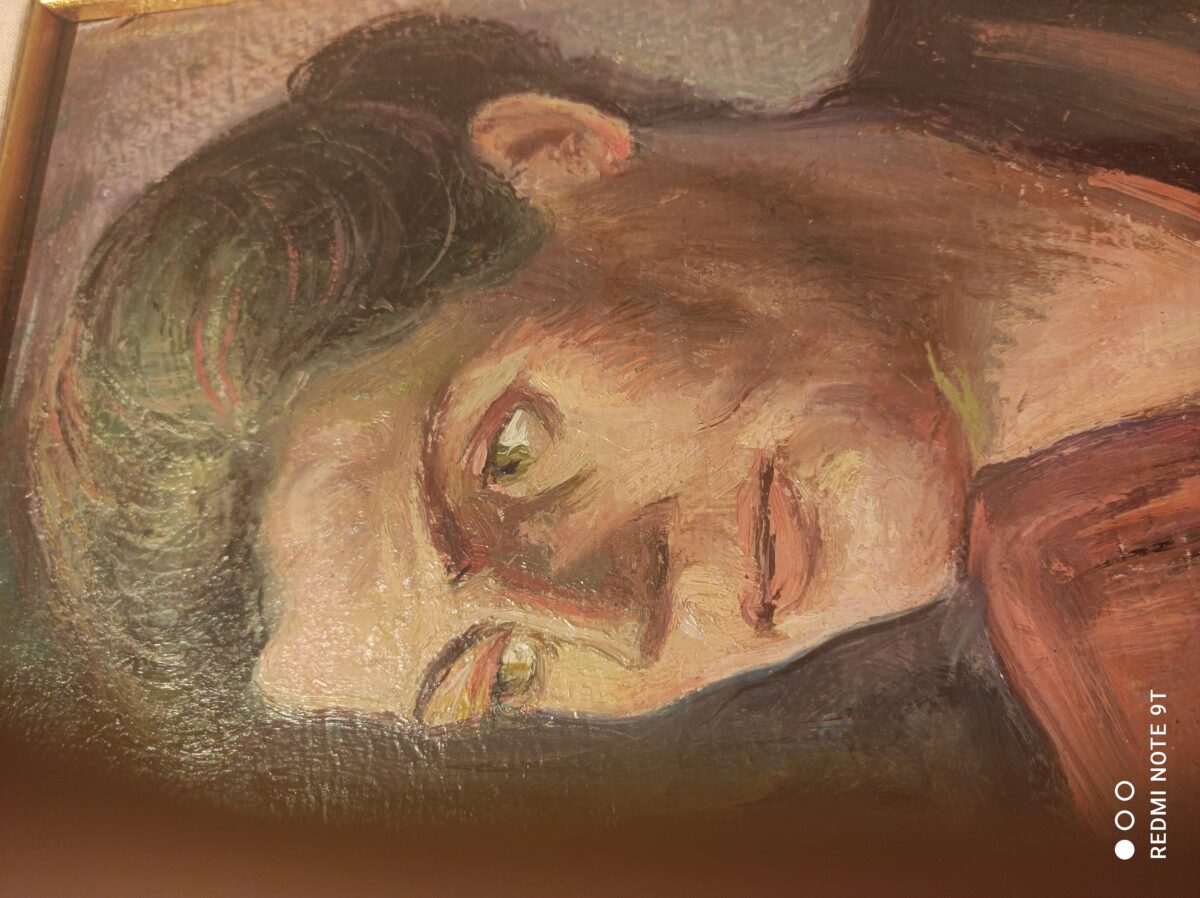 A great job therefore, to keep the memory of this grandfather artist, so loved …

When I was born my grandfather was 56 years old, a singular harmony was born between us, we liked and respected each other. I was a guide for him and he was for me. Now my goal is to introduce Catarsini as an artist and transport this exhibition around Italy. This is why we created the Alfredo Catarsini 1899 Foundation, which I have the honor of presiding over.

The navy is an element that recurs in Alfredo Catarsini’s painting, do you want to talk about it?

Catarsini was very attached to Viareggio, his city, he loved the port, the sea, the dock.

When we organized the exhibition for the centenary of his birth, I asked if it was possible to exhibit his canvases of the dock, the beating heart of the workers. When I went to propose it, I had an extraordinary welcome because my grandfather had promoted, in the 1930s, the first auction of paintings to raise funds and support the families of workers who were suffering because they had called a strike that was going on. too much.

His grandfather has always been very present in his city from all points of view and even today he is very much loved, I realized it when the fishermen brought their works with extraordinary affection.

The Municipality of Viareggio has among the collection of 30 works by Catarsini, donated by our family, also a self-portrait that we have shown in this retrospective. For his grandfather it was very important that his works remain in the city he loved precisely to witness the invisible thread that united them.