Alessi, The National Centre For Truffle Studies and the International White Truffle Fair of Alba present the results of the “De Truffle” project, a cultural process which, over a two-year period, combined the farsightedness of a local development association, the knowledge of a design company, the professionalism of international designers and the precious contribution of experts in local traditions.i. 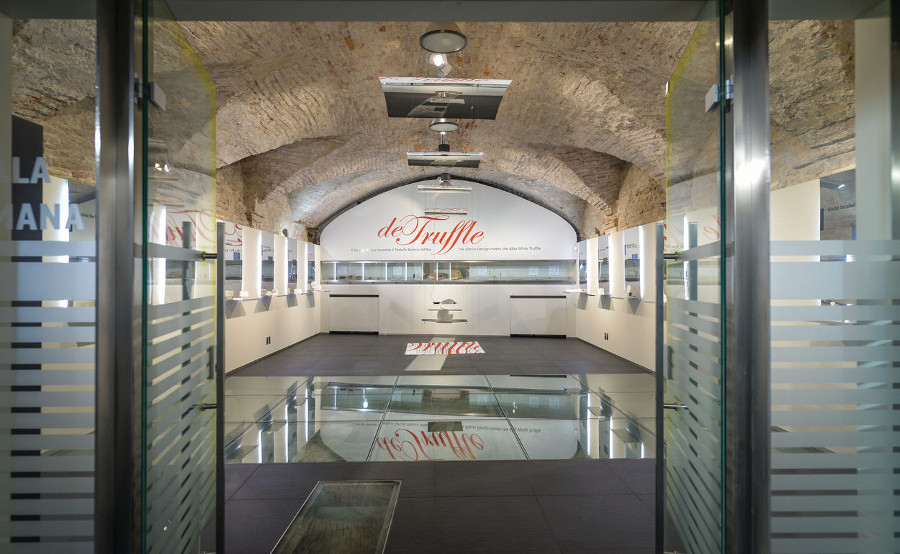 First announced at the 2015 edition of POETICA, the Festival of Poetry of the City of Alba, the “De Truffle” workshop was launched in November of the same year. Involving a group of 15 designers and architects invited by Alessi to participate in the research study, the project investigated possible new languages for the creation of an “Alba White Truffle Kit” composed of a truffle slicer, display and container. Alberto Alessi, President of Alessi, recalls: “The partnership proposal made to us by the International White Truffle Fair of Alba appealed to me right away. To this end, we launched a design workshop inviting those designers with the greatest awareness of and interest in the precious Tuber magnatum Pico.” The list of designers invited to participate in the project was made official at the round table event held by Alberto Alessi at Castello di Grinzane Cavour in November 2016: Sakura Adachi, Will Alsop and Federico Grazzini, Michel Boucquillon, Gabriele Chiave, Odile Decq, Michele De Lucchi, Monica Förster, Doriana and Massimiliano Fuksas, Anna and Gian Franco Gasparini, Martí Guixé, Giulio Iacchetti, Piero Lissoni, Valerio Sommella, Ben van Berkel/UNStudio and Patricia Urquiola. The designers’ brief was to celebrate the serving and tasting of the Alba white truffle in a kind of “theatrical representation” that emphasised the act of showing, slicing, serving and storing this valuable fruit of the earth. The designers responded to this stimulus not only with functional solutions but also with projects of immense poetic intensity. It is no coincidence that the task of leading this creative process was assigned to Alessi, one of the Italian Design Factories, which conceives the practice of design as a form of uninterrupted mediation between the most advanced expressions of international creativity and the desires of the public. 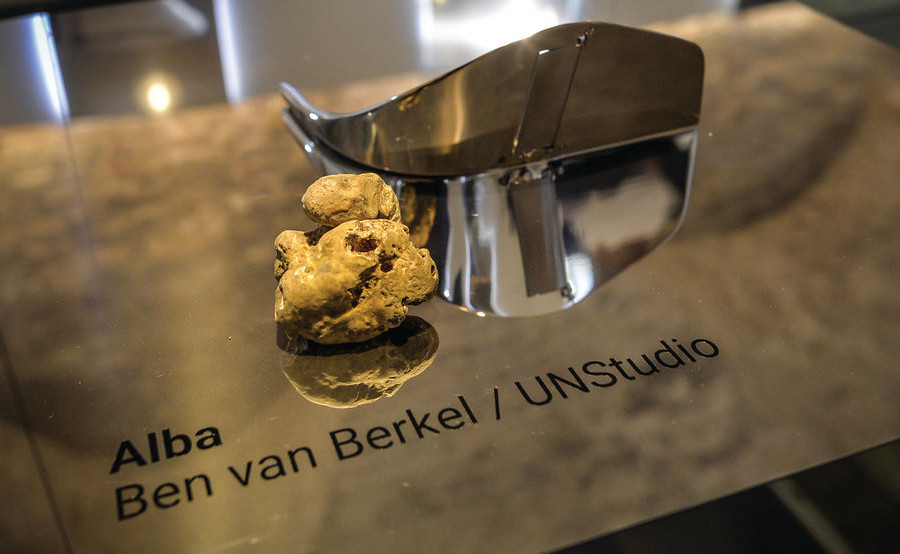 Steel, a material with which Alessi excels, glass, wood and stone were just a few of the materials that the designers used to express their personal take on the tasting of the Alba white truffle. Containers designed to elegantly present the truffles, objects that conceal brilliant and unexpected solutions, wonderfully emotionally resonant items, transparent bubbles, sheets with portals decorated in bas-relief, multifunctional boxes, precious nuggets presented at the bottom of a tree, podiums to extol this culinary icon, miniature Japanese gardens… Taking account of technical feasibility and the new aesthetic suggested by the various projects, Alessi chose to produce the “Alba” truffle slicer designed by Ben van Berkel/UNStudio. “An object – explains Liliana Allena, President of Ente Fiera Internazionale del Tartufo Bianco d’Alba – that successfully translates the “wholesomeness” of Alba white truffles into “beauty” without neglecting the functional dimension of the cutting process. A prestigious item, a form of “functional beauty” that captures the charm of our rarest nugget to become a global ambassador for our region in its own right”. 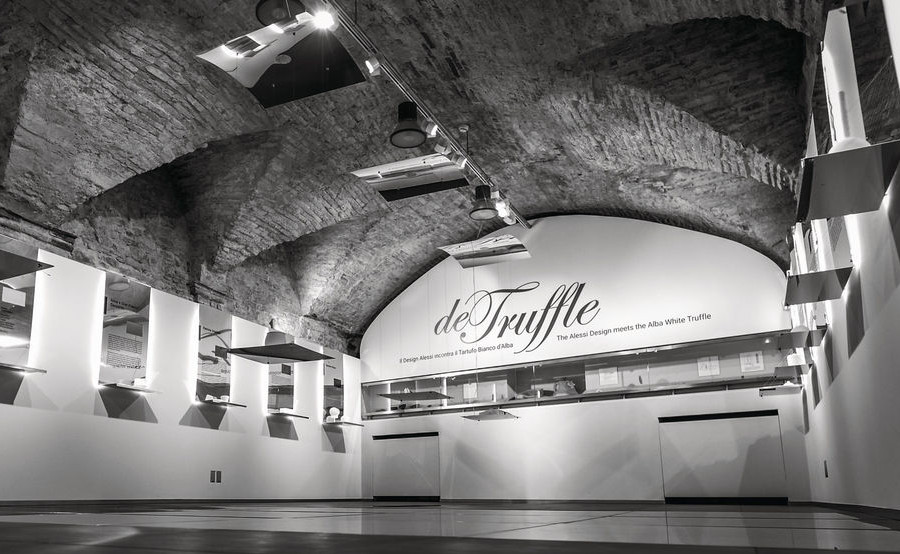 The prototypes and concepts developed for the project are now on show at the “De Truffle. Alessi Design meets the Alba White Truffle” exhibition at Palazzo Banca d’Alba, an evocative building rich in history situated in the old centre of Alba. Films, designs and images lift the lid on the creation process with digital photo frames dedicated to each of the designers. The presentation of the prototypes reveals the substance of the projects and their possible evolution in the minds of the designers. The exhibition is set in the stunning Sala Romana, a unique room covered by a brick vault, whose distinctive glass floor showcases the Roman remains below. As well as illustrating the initial stages of the complex industrial design process, the exhibition also includes an effective array of items to demonstrate the fertility and vibrancy of the design world.

The “De Truffle” project and the universe of stories and knowledge that surrounds the world of the truffle is also well documented in the book “De Truffle. Alessi Design meets the Alba White Truffle” published by Silvana Editoriale, with essays by Antonio Degiacomi, Luisa Bocchietto, Alessandra Morra, Alberto Alessi and Alessandra Coppa.