La ragione nelle mani – The reason in the hands

The exhibition La ragione nelle mani – The reason in the hands, created by Stefano Boccalini with the collaboration of four artisans from Valle Camonica, will be inaugurated on 31st March in Geneva, at Maison Tavel Musée d’Art e d’Histoire.

Comunità Montana di Valle Camonica, which works in the territory with its Distretto Culturale (Cultural District) and the artist Stefano Boccalini, in partnership with Art for the World Europe, are among the winners of the eighth edition of the competition Italian Council, a programme created to support Italian contemporary art in the world, promoted by Directorate-General for Contemporary Creativity of the Italian Ministry of Culture. 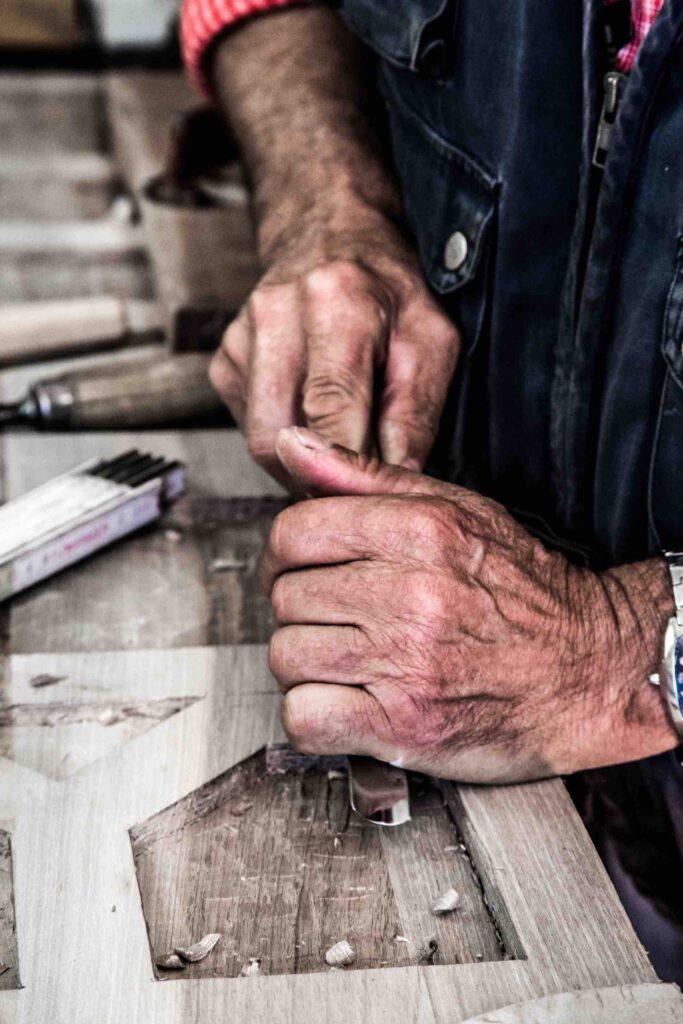 Stefano Boccalini and Distretto Culturale della Valle Camonica have collaborated for several years, firstly during Aperto_Art on the border – the public art festival which links contemporary art to the local territory of Valle Camonica – and, more recently, during Ca’Mon – the project sponsored by Fondazione Cariplo to establish a centre for art and for mountain art and crafts in Monno, where Boccalini is the art director. 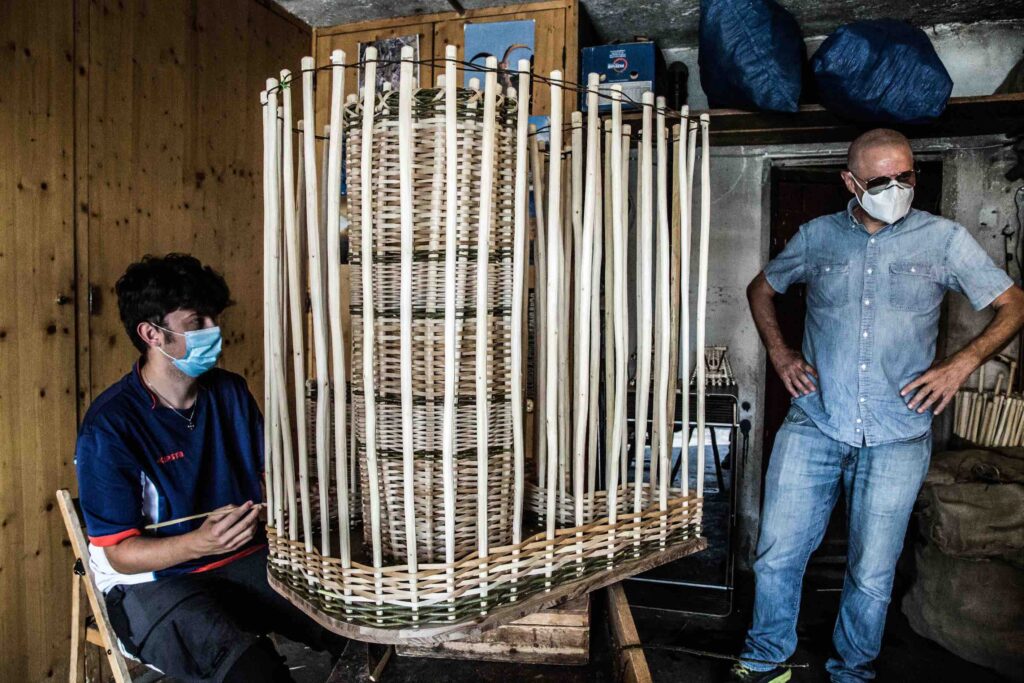 The exhibition La ragione nelle mani is curated by Adelina von Fürstenberg and organised in partnership with ART for THE WORLD EUROPE. It is going to be the first of many initiatives which will come under the same project, with relevant cultural partners such as: Musée Maison Tavel-Musée d’Art et d’Histoire (Geneva) location of the exhibition, Art House (Scutari, Albania), Sandefjord Kunstforening (Sandefjord, Norway), Pistoletto Onlus Fundation, Fine Arts Academy of Bologna, MA*GA – Art Museum Gallarate e GAMeC – Modern and Contemporary Art Galery Bergamo. After taking the symbols of Valle Camonica to Europe, Boccalini’s artwork, which is made up of several pieces, will become part of GAMeC – Modern and Contemporary Art Galery Bergamo’s collection. 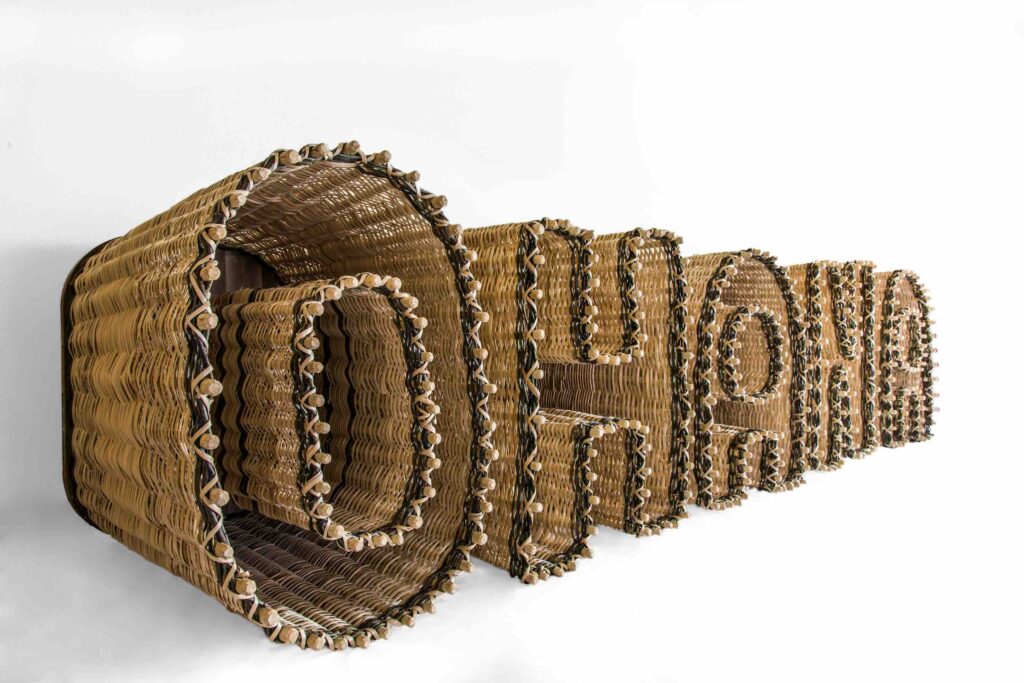 The idea of the project comes from the bond that Boccalini has established with Valle Camonica since 2013: starting from an artistic residency about the theme of water, the artist got to know the stunning location among the Lombard Alps better, which in the past he had only visited as a tourist. Over the years, Valle Camonica has become a reference point for his work: here he worked with different communities, local institutions and artisans, establishing a strict partnership which allowed him to create many artworks.

These experiences and acquaintances brought to the idea of a community centre for mountain art and crafts. Ca’Mon will open in Monno, and will be a centre to exchange both intellectual and craft knowledge: the centre will host artists, authors and researchers in order to activate a confrontation with the territory. Ca’Mon will also be a place for education, with rooms devoted to workshops for artisans, artists and for the valley’s younger generations.

is to transmit knowledge according to a logic of sharing, so that tradition is not seen in a nostalgic way, but becomes a gateway into the future, a “place” to experiment and find new scenarios

La ragione nelle mani was conceived in this contest and is a project which moves on two levels, language and artisanal knowledge, involving the local community. All the manufacts which compose the artwork were made in Valle Camonica by four artisans, each of whom accompanied by two apprentices. 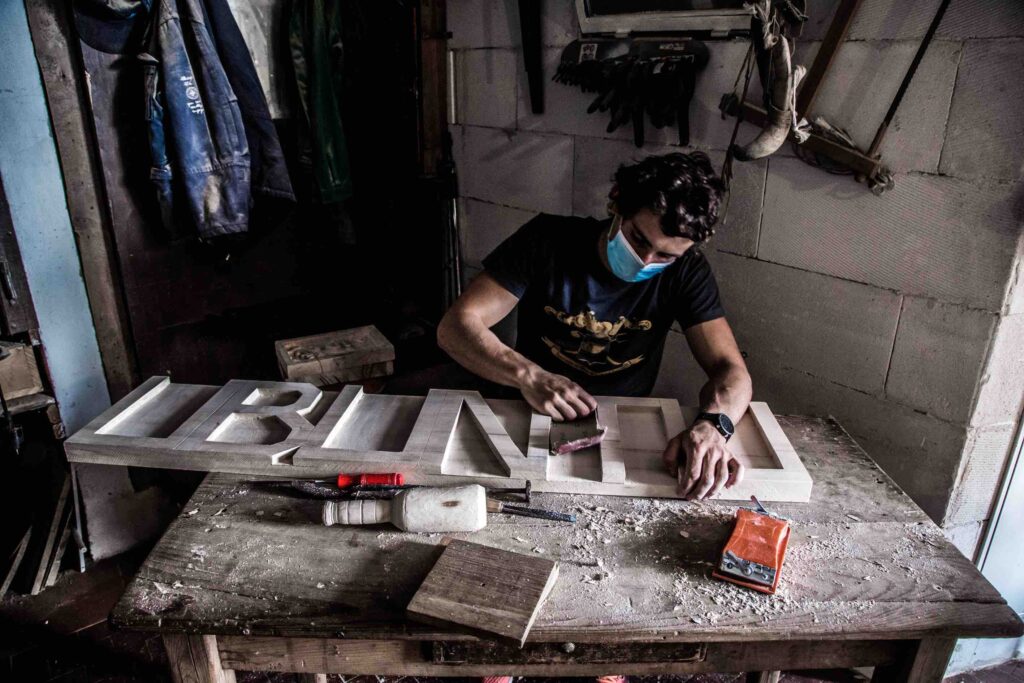 The eight assistants were selected via a public competition announcement published by Comunità Montana addressed to young people from the valley interested in learning Camunian handcraft techniques: “pezzotti” piece weaving, wood weaving, embroidery and wood carving. These artisanal procedures, which used to have prime importance in the social assets of the valley, are now struggling to face modern times and only a few people still know the ancient techniques.

We live a time

where words have become a true tool of economic production and have reached increasingly more relevance in our social context. By using words, I am trying to give back a specific weight and social value to language. I think diversity has an essential role in the language, which can become the means through which we can counterpose social values to economic values

La ragione nelle mani started with a workshop which involved all the children in Monno. The kids were told about the meaning of around a hundred untranslatable words from many languages. These words are untranslatable because they don’t exist in other languages and, therefore they can only be explained. About twenty words which identify the relationship between man and nature and between humans were chosen with the kids. The selected words were then shown to the artisans to understand which were more suitable to be transformed into artwork. Nine of them were chosen and they became the material the artisans worked on with their apprentices. 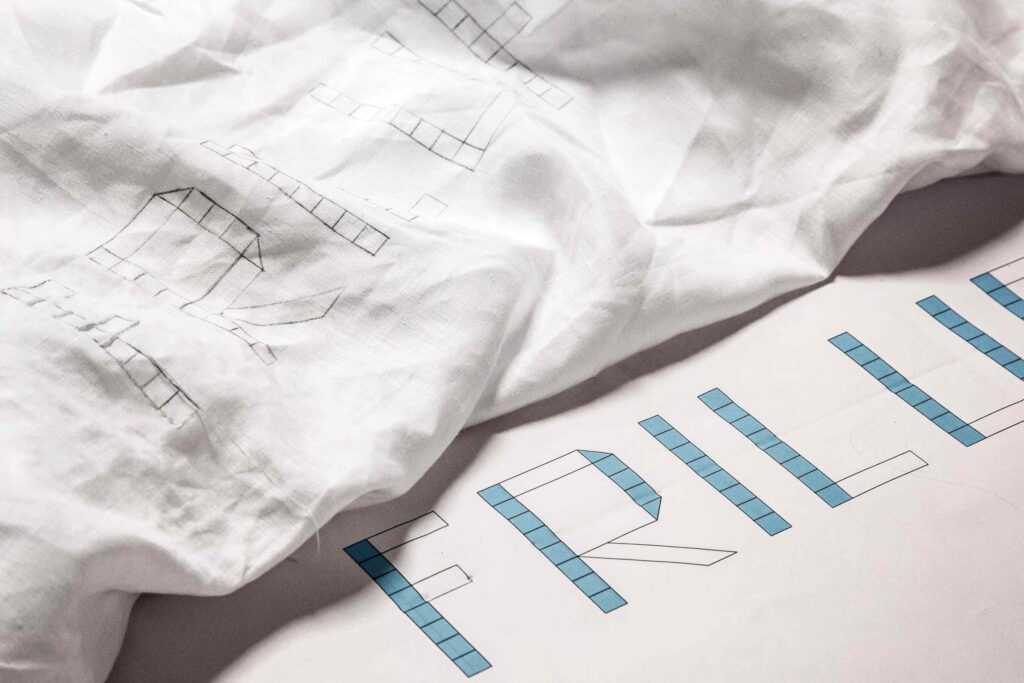 Here is a brief list of the meanings, which are examined in depth in a dedicated document: ANSHIM To feel in harmony with yourself and with the world (Korean), BALIKWAS To leave your comfort zone (Filipino), DADIRRI Calm contemplation and deep listening of nature (Native Australian), FRILUFTSLIV Connection to the environment and return to the biologic connection between man and nature (Norwegian), GURFA The water you manage to keep in the palm of your hand as a metaphor of something very precious (Arabic), OHANA Family which includes friends and doesn’t leave anyone behind (Hawaiian), ORENDA The human ability to change the world against a hostile destiny (Native North-American), SISU The determination in the pursue of everyday wellness (Finnish), UBUNTU I am who I am by reason of what we all are (Southern Africa). 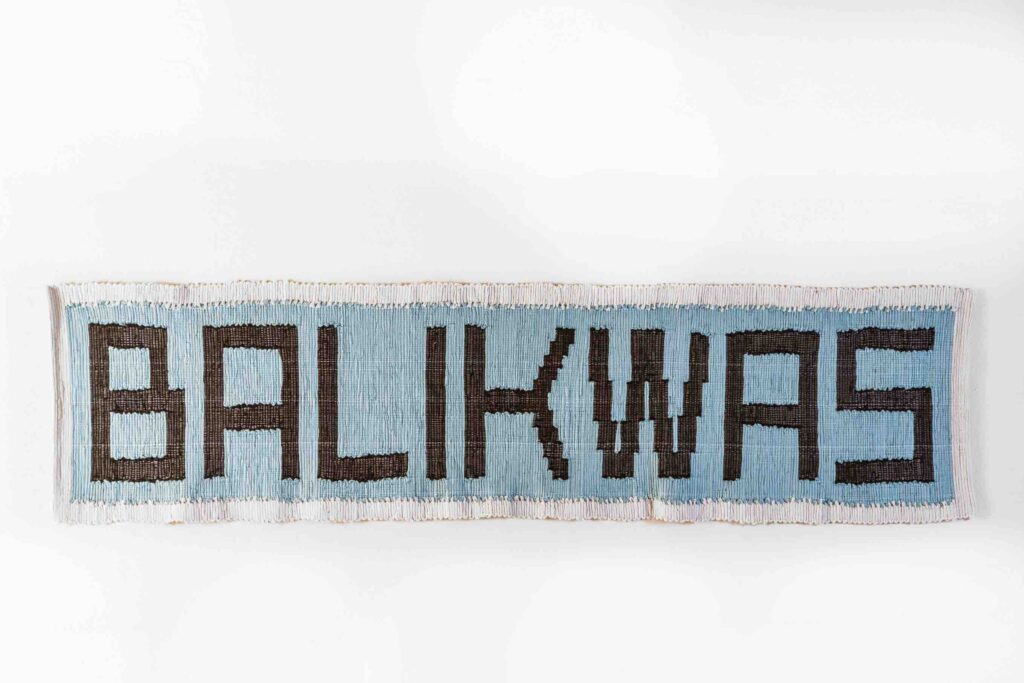 To be specific the work consists of: a refined white-on-white notch point embroidery with three words, framed like a painting; two skilfully carved pieces of walnut wood, with two words; five pieces of weaved hazelnut wood, made using the basket-weaving technique, which together compose one word; three “pezzotti”, cloth-made rogues weaved by hand loom, each one with a word.

not only are the works created by following specific prior instructions, but are made by the artist himself with the artisans, during an exchange of knowledge between the poetry of craftsmanship and the artisanal tradition, incorporating it into the artistic and pedagogic practice. From this point of view, Boccalini can be considered included in the Arte Povera tradition, art that doesn’t interpret but simply detects the flow of life and environment, using never-considered materials and paying attention to the creation process, rather than to the actual artwork

in his work Boccalini creates a biodiversity of concepts coming from language minorities, thanks to his research and the choice of untranslatable words. The works are only originated by the importance of the meaning of the chosen word, the material and the artisanal techniques used have a crucial role

Boccalini’s project comes from a constructive belief that sees in the artisanal tradition of Valle Camonica the starting point for a truthful aesthetic experience. It’s the same kind of experience that Bauhaus artists looked for in 1919, when Walter Gropius, who wanted art to have a dialogue with artisanal aesthetics, wrote in the Bauhaus manifesto: “Architects, sculptors, painters, we must all return to the crafts!

The result of this whole work

The catalogue of the exhibition will be published in Italian and English by Archive Books, Berlin.

All Shades of Lady Dior

Having already inspired international artists to revive it in their own creative styles, the fashion icon is now back for the fifth edition of Dior Lady Art. Embellished with branded charms, the bag has been variously reimagined by prominent creatives from all over the world.
Read more
Destinations

The white dream becomes sustainable: a journey through the new trends in wedding dresses

Whether vintage, eco-sustainable, rented or reused, the real luxury for wedding dresses is being white with a green sou
Read more

Sitting directly on a thin stretch of beach, the M