From 2 March to 25 July 2021 the rooms of Palazzo Reale in Milan will host a unique exhibition dedicated to the greatest artists who lived between the 16th and 17th centuries: Artemisia Gentileschi, Sofonisba Anguissola, Lavinia Fontana, Elisabetta Sirani, Fede Galizia, Giovanna Garzoni e and many others.

The exhibition is promoted by the Municipality of Milan-Culture and organized by Palazzo Reale and Arthemisia, with the support of the Bracco Foundation, and adheres to the program I talenti delle donne (The talents of women), promoted by the Department of Culture of the Municipality of Milan and dedicated to the universe of women, focusing attention, throughout 2020 and until April 2021, on their works, their priorities and their skills.

With the exhibition The Ladies of Art. Stories of women between ‘500 and’ 600, the art and the incredible lives of 34 different artists are today rediscovered through over 130 works, testifying to an intense creative vitality all female, in a singular tale of passionate stories of women already “modern”.

There are the best known artists but also those less known to the general public; there are new discoveries, such as the Roman nobleman Claudia del Bufalo, who becomes part of this history of female art, and there are works exhibited for the first time such as the Pala della Madonna dell’Itria by Sofonisba Anguissola, made in Sicily, in Paternò, in 1578 and never before left the island; just as the altarpiece by Rosalia Novelli Madonna Immacolata and San Francesco Borgia leaves Palermo for the first time, the only certain work by the artist, from 1663, from the Church of the Gesù in Casa Professa; or the canvas Mystical Marriage of Saint Catherine by Lucrezia Quistelli dated 1576, from the parish church of Silvano Pietra near Pavia. 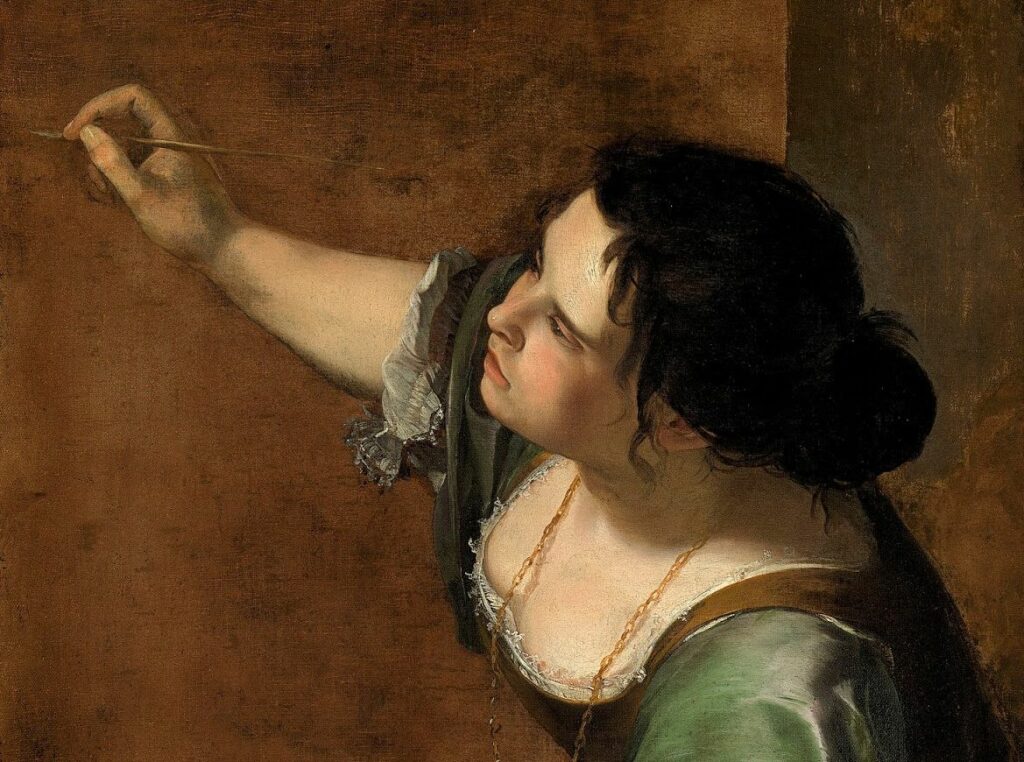 Under the curatorship of Anna Maria Bava, Gioia Mori and Alain Tapié, the works selected for the exhibition come from 67 different lenders, including – at national level – the Uffizi galleries, the Capodimonte Museum, the Brera Art Gallery, the Sforzesco Castle, the National Gallery of Umbria, the Borghese Gallery, the Royal Museums of Turin and the National Art Gallery of Bologna and – from abroad – the Musée des Beaux Arts in Marseille and the Muzeum Narodowe in Poznan (Poland).

Daughters, wives, sisters of painters, or sometimes women of religion: the exhibition The Ladies of Art presents not only the great compositional skills of these painters, but – through the telling of their personal stories – looks at the role they play in the society of time, to the success achieved by some of them at the great international courts, to their ability to know how to relate, distinguish and establish themselves by transforming themselves into real entrepreneurs, and to know how to compare themselves with their ideals and different lifestyles. 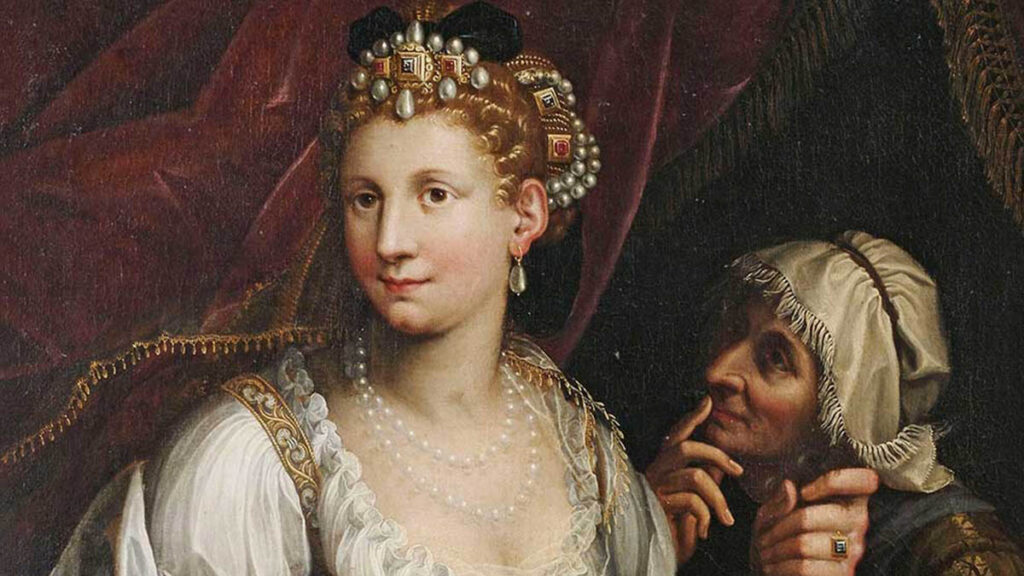 Among the heroines on display at the Palazzo Reale, the figure of Artemisia Gentileschi dominates for celebrities: daughter of Horace, icon of awareness and revolt, artist and entrepreneur, her art rivals that of the same painters men of the time and her success leads her to the gap from his social category; an example of the fight against the authority and the paternal artistic power, against the confinement reserved for women.

By Sofonisba Anguissola – from Cremona who lived over ten years at the court of Philip II in Madrid, and then moved to Sicily when she married the noble Fabrizio Moncada, in Genoa after her second marriage with Orazio Lomellini, and again in Sicily, where she was visited by Antoon van Dyck in 1624 – absolute masterpieces will be exhibited such as the Chess Game (from 1555 and from the Muzeum Narodowe in Poznan, Poland), the aforementioned Altarpiece of the Madonna dell’Itria (1578), which has undergone an important restoration realized thanks to the collaboration with the Ala Ponzone Civic Museum of Cremona.

And again Lavinia Fontana – from Bologna and daughter of the mannerist painter Prospero Fontana – who at 25 marries the Imola-based painter Giovan Paolo Zappi on the only condition of being able to continue painting, thus making her husband his assistant – on display with 14 works, including which the Self-portrait in the studio (1579) of the Uffizi, the Consecration to the Virgin (1599) of the Musée des Beaux-Arts in Marseille, and some mythological paintings of rare sensuality.

And then again the Bolognese painter Elisabetta Sirani, on display with powerful canvases depicting female courage and rebellion in the face of male violence, as in Portia who injures herself in the thigh (1664) and in Timoclea killing the captain of Alexander the Great. (1659) of the Capodimonte Museum in Naples; Ginevra Cantofoli, with Young Woman in Oriental Dress (second half of the 17th century); Galician faith with the iconic Judith with the head of Holofernes (1596); Giovanna Garzoni, another very modern woman who lived between Venice, Naples, Paris and Rome, on display with rare and precious parchments. 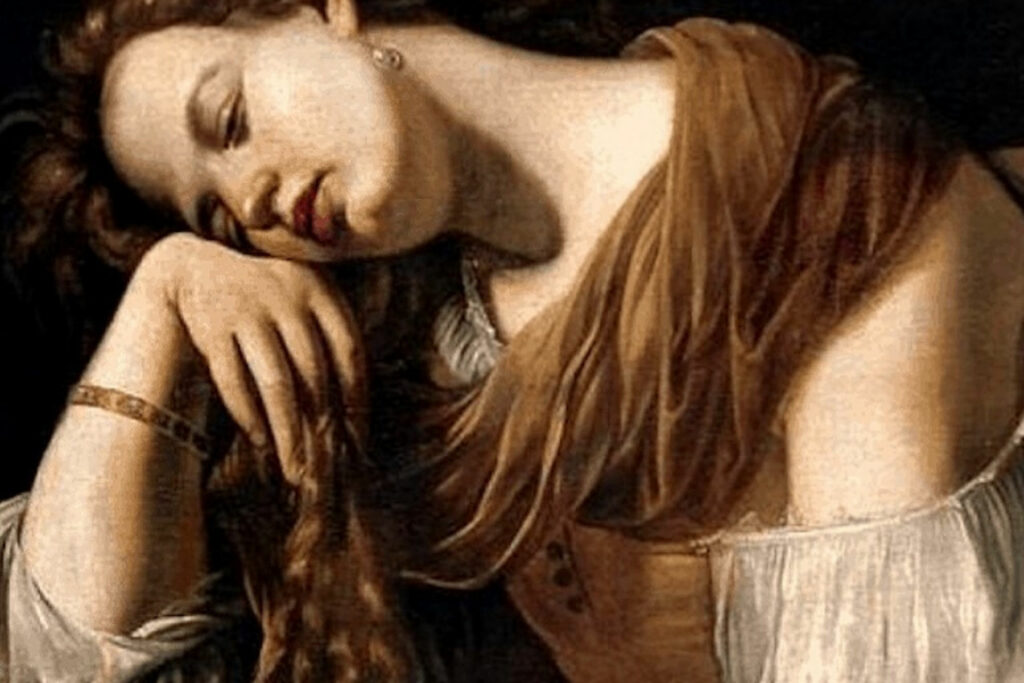 Bracco Foundation is the main sponsor of the exhibition, always attentive to the world of art and science, with a strong focus on the female universe. With enthusiasm, the Bracco Foundation has joined the exhibition project, which has also been included in the schedule created by the Municipality of Milan I Talenti delle Donne (Talents of Women), of which the Bracco Foundation is the Main Partner. Furthermore, as usual, the Bracco Foundation has also created a scientific project for this exhibition, in collaboration with various universities in Milan, which allows the enhancement of a work on display through the support offered by technology research – diagnostic imaging – a sector in which Bracco is a world leader: it is the Portrait of Carlo Emanuele I, Duke of Savoy by Giovanna Garzoni, a 17th century miniaturist painter from Ascoli, a tempera on parchment owned by the Royal Museums of Turin. Science and research are therefore important tools not only for the well-being of people, but also for the study of works of art. In fact, the Foundation was born from the heritage of values ​​matured in over 90 years of the Bracco Group’s history, with the aim of creating and disseminating expressions of culture, art and science as a means to improve the quality of life and social cohesion.