miart, Closes its Doors. Here are our Favorite Exhibitions!

Miart ends today, which from 1 to 3 April has returned to animate Milan.

Curated for the second time by Nicola Ricciardi, the Milanese exhibition, now in its 26th edition, is known for giving voice to knowledge and crafts that belong to the world of creativity, in contemporary art, modern art and limited edition design, become the protagonists.

The exhibition was attended by 151 participating galleries, with a calendar of appointments, happenings, events and inaugurations that interested the city.

We offer you our favorite exhibitions of this Milan Art Week which, even if characterized by a return of winter, has seen the city populate with gallery owners, collectors, artists and visitors.

You by Maurizio Cattelan at the Massimo De Carlo Gallery

You by Maurizio Cattelan was staged at the Massimo De Carlo gallery in viale Lombardia 17. The bathroom of the elegant headquarters of Casa Corbellini-Wassermann, designed by Piero Portaluppi between 1934 and 1936, housed a sculpture which, as the gallery announcement states, “investigates basic human instincts: love, friendship, power, loss and defeat”. In the guise of a hanged puppet – sculptural self-portrait of the irreverent artist – the installation “is a hallucination, a simultaneous image of control and failure. A generous gesture of welcome or a sad and inevitable farewell, (…) a ‘admission of surrender, or perhaps an affirmation of kindness “. Visible until June 25, 2022, “this new work attests the death of great powers by infusing new energies into the strength of the individual”. 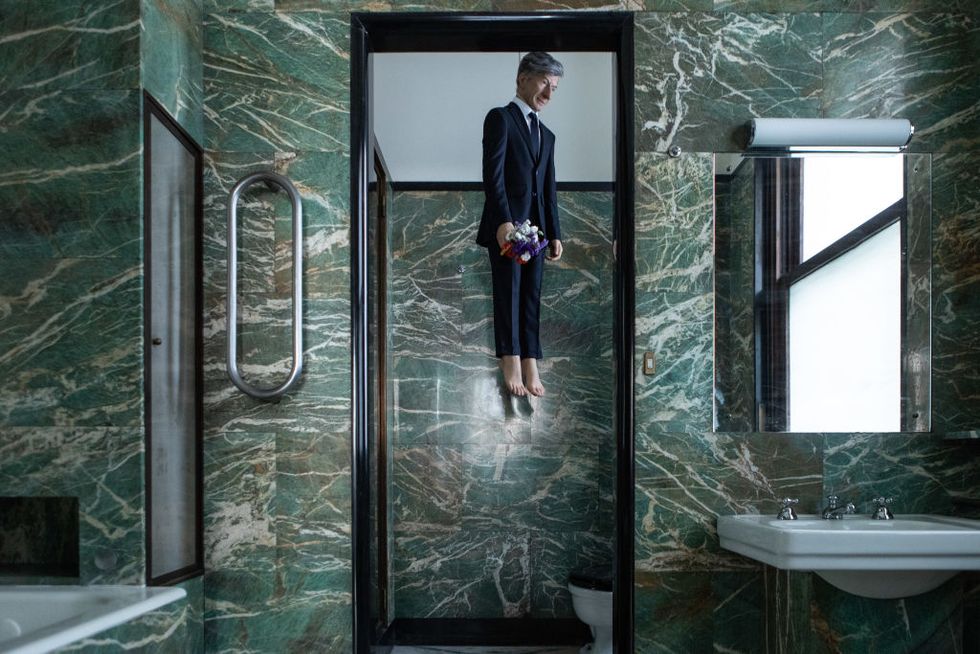 Forever by Patrick Tuttofuoco at the Casa degli Artisti

From the streets of Città Studi we passed into the Brera district, where, between the rooms of the Casa degli Artisti – in via Tommaso da Cazzaniga – the curtain was opened on Forever by Patrick Tuttofuoco, a project presented together with THAT’S CONTEMPORARY, born in dialogue with Umberto Sebastiano and with the artistic direction of Martina Grendene, Giulia Restifo and Jessica Tanghetti. The representation reflects “on a new space-time dimension, in which the body of the work, and the fruition itself, become dematerialized while maintaining a character of uniqueness, innate in the Non-Fungible-Token”, as they explain in a note sent to the press. At the center of the reflection, therefore, the world of NFT, intended as a medium for the expression of oneself and one’s own artistic research.

Another unmissable review that is open to the public together with miart, but which lasts until 22 August 2022, Useless Bodies? by Elmgreen & Dragset fills four exhibition spaces and the courtyard of the Fondazione Prada, for a total of over 3,000 square meters. Exploring the condition of the body in the post-industrial era, the total work also addresses the ways in which individuals physically adapt to a world increasingly dominated by two-dimensional imagery, in particular with reference to the current pandemic. “In an age when the commodification of personal data by technology companies is in the public domain – albeit unnecessarily – and the influence of these organizations on every aspect of our life is increasingly rampant, it makes us a little scary to think to the future role of our bodies ”, declares the Berlin artist duo. 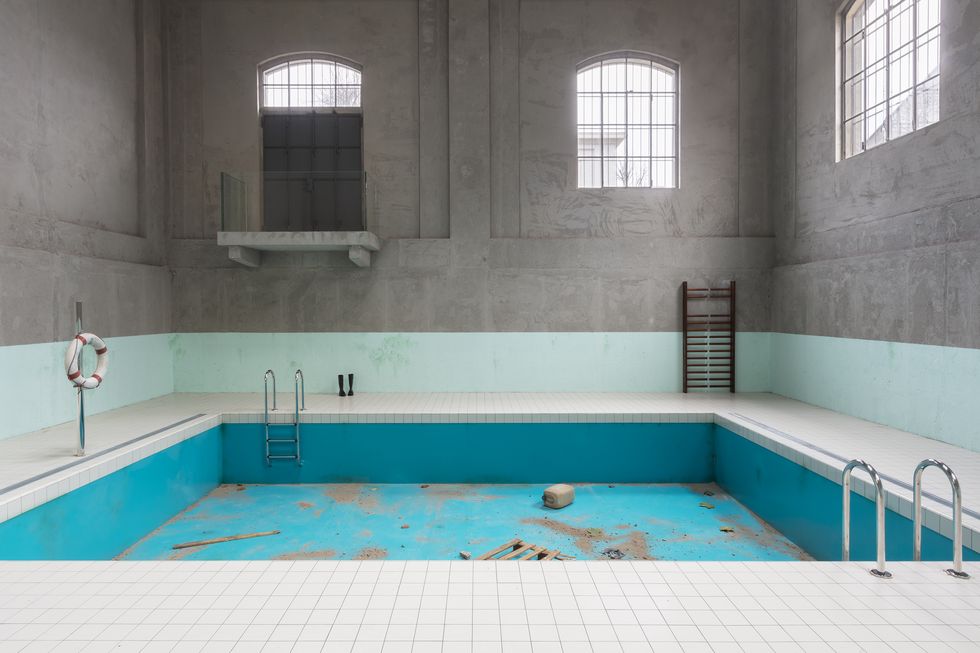 Meuble Plus at the Milan Triennale

Among the open-air rooms of Triennale Milano, which recently inaugurated a particular café, there is Meuble Plus, an installation by the Franco-Hungarian architect Yona Friedman, now part of the institution’s permanent collection. Presented in the Giancarlo De Carlo Garden, curated by Maurizio Bortolotti, the project, consisting of three housing modules and built with recycled materials, was conceived by the author as a shelter solution for refugees. Synthesis of the research promoted by the designer and urban planner on the theme of “mobile architecture”, it is among the most significant examples of his work, a set of “achievable utopias”, as he himself defines them in the 1974 text, which focuses on the pre-existing , on the community and on the needs of the single individual to promote the improvement and satisfaction of the entire community. 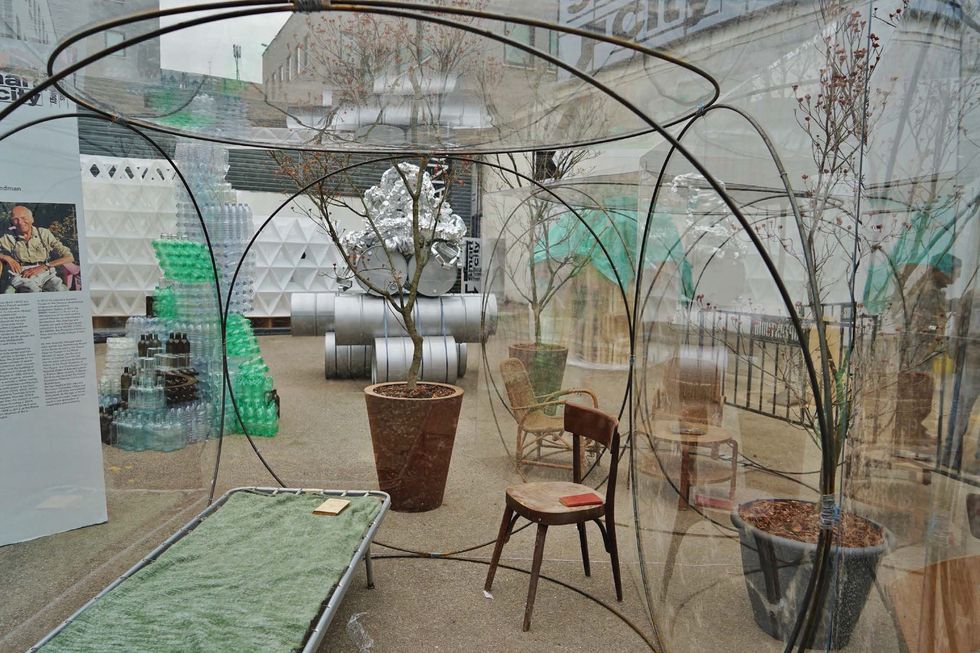 Sunshine State at the Pirelli HangarBicocca

Finally, the highly anticipated “Sunshine State”, dedicated to Steve McQueen, presented by Pirelli HangarBicocca until July 31, 2022. Curated by Vicente Todolí and organized in collaboration with Tate Modern, the exhibition is an immersive experience in the visual language of artist who has always pursued the goal of understanding and penetrating reality and the deepest meaning of existence. The works on display – six filmic works – represent free narrative models and unexpected points of view on the broadest and most transversal nuances of historical and contemporary social contexts. 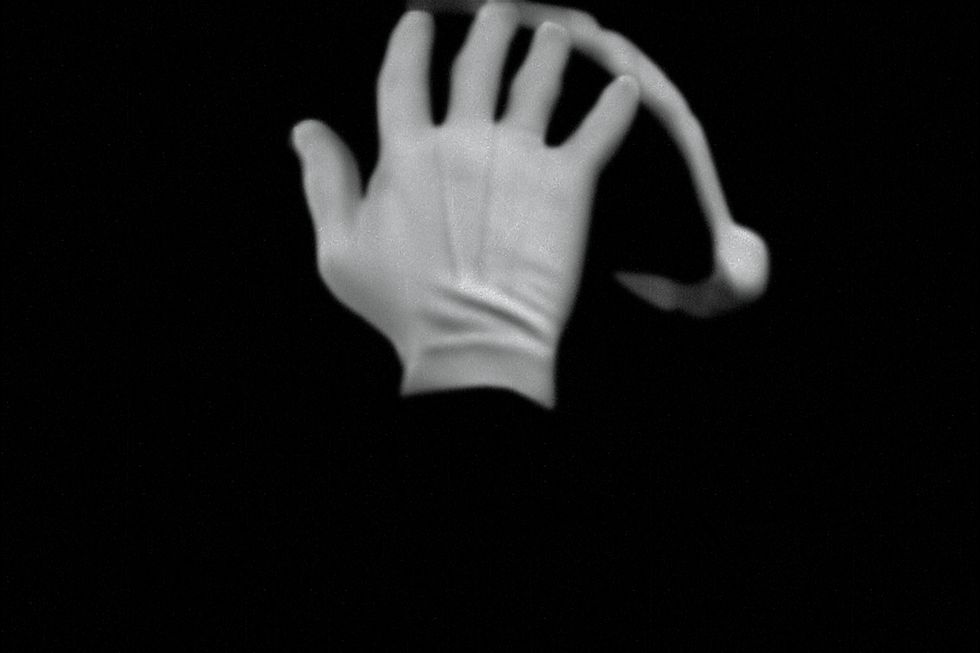 By mixing the language of visual arts and cinema, the artist starts from the experience and oppression of black communities to open a broader reflection on the human being and identity. Dwelling on the close link between corporeality and subjectivity, between reality and its representation.