On May 5, 1821 Napoleon Bonaparte died on Saint Helena. There are many initiatives linked to this anniversary, which is the starting point to talk about the founder of the first truly great French empire and absolute protagonist of the first phase of contemporary history.

The bond between Napoleon and Italy has always been strong and constant, and Rome, a symbolic city, has always had a decisive value for the great statesman. It is no coincidence, in fact, that at the birth of his first son – Napoleon II – he invested him with the title of King of Rome, thus wanting to remind Pope Pius VII that Rome was nothing more than the capital of one of the French departments, and to collect the legacy of the Holy Roman Empire by appointing his son with the title of King of the Romans.

The Rome Cavalieri, an icon of international hospitality and a luxury resort in the heart of the Eternal City, is also preparing to celebrate the Emperor, and is doing so in its own way, with the language of art, goodness and beauty. 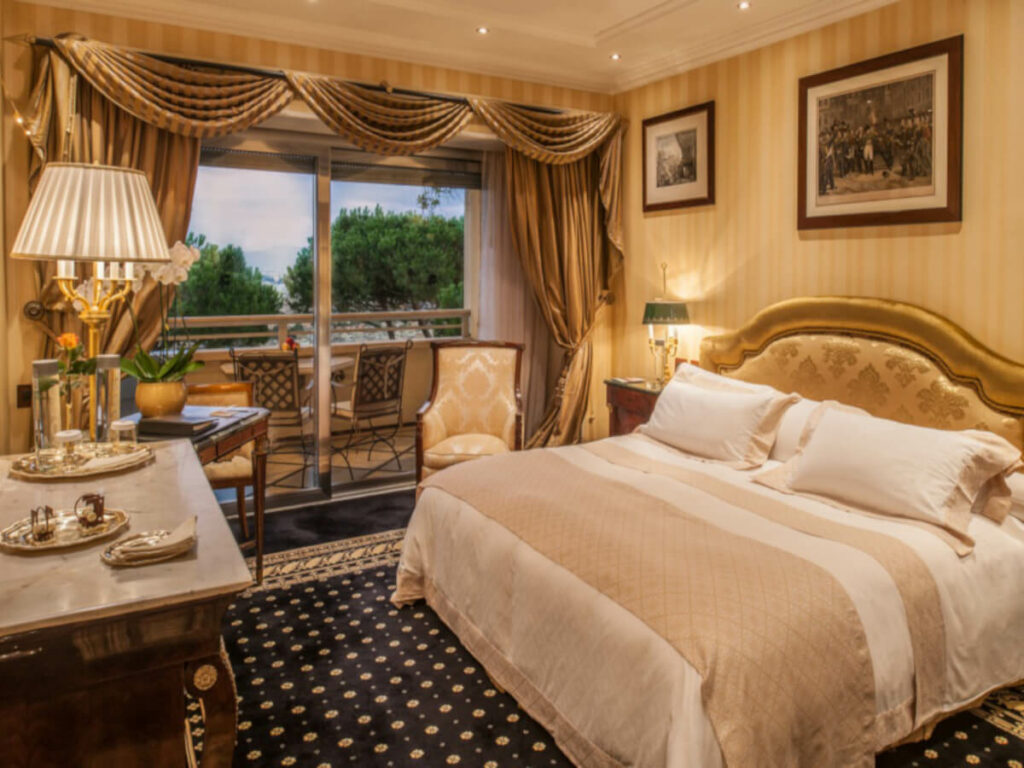 The Napoleon Suite, entirely dedicated to the French emperor, thus becomes the suite of the year, and contains some valuable pieces from the hotel’s art collection. Everything in this suite speaks of Napoleon.

First and foremost, the majesty of the furnishings: original Empire furniture, the current of Neoclassicism that interested architecture, furniture, decorative arts and visual arts and that developed during the Napoleonic age, with the aim of celebrating Napoleon Bonaparte’s rise to power. The furniture kept in the suite is particularly valuable, as it is decorated with Sèvres porcelain.

A marble bust of Napoleon by Buracchi stands out in the entrance hall, while two paintings by the famous painter Jean Louis Faure depicting the Roman Forum and the Colosseum dialogue with rare period prints that narrate the exploits of the Emperor and with a portrait of Napoleon on horseback. An early 19th century atmosphere, enhanced by an antique piece that boasts an important history.

In the Napoleon suite the guest has the privilege of admiring the most beautiful view of the Eternal City, sitting at a desk of rare beauty, which is said to have belonged to Napoleon II, King of Rome. The desk is particularly valuable for the clock that is an integral part of it and is a symbol of the relationship between Napoleon and Rome.

There are also some curiosities related to the suite. The bathroom has as its undisputed protagonist a stylish bathtub, a citation to Napoleon’s habit of making his important decisions, including the sale of Louisiana and a couple of declarations of war, while relaxing by taking a bath. 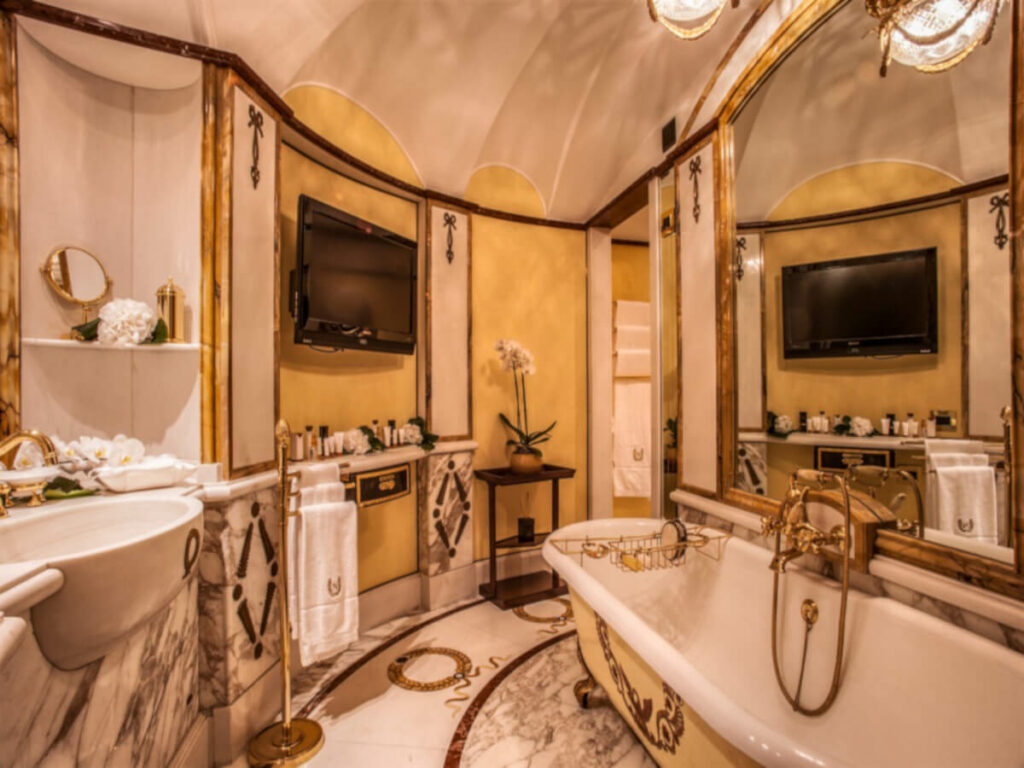 Not only, the Tiepolo Bar at the Rome Cavalieri, temple of contemporary mixology, sees this year the birth of a cocktail dedicated to Napoleon and created by bartender Angelo Severini. It’s called Napoleon, and it’s based on Moet&Chandon Imperial and Violet liqueur, two elements very dear to the emperor.

It is said, in fact, that Napoleon had two great passions: the first, celebrating with Champagne Moet&Chandon every victory in battle, the second a true predilection for the violet flower, which he shared with his wife Josephine, so much so that he planted thousands of violets on her tomb and put some of these small flowers in a medallion that accompanied him until his death on Saint Helena.

All this inspired “Napoleon”, a Champagne Cocktail with a fresh and fragrant perlage, but with the strong and unmistakable taste of violet liqueur. 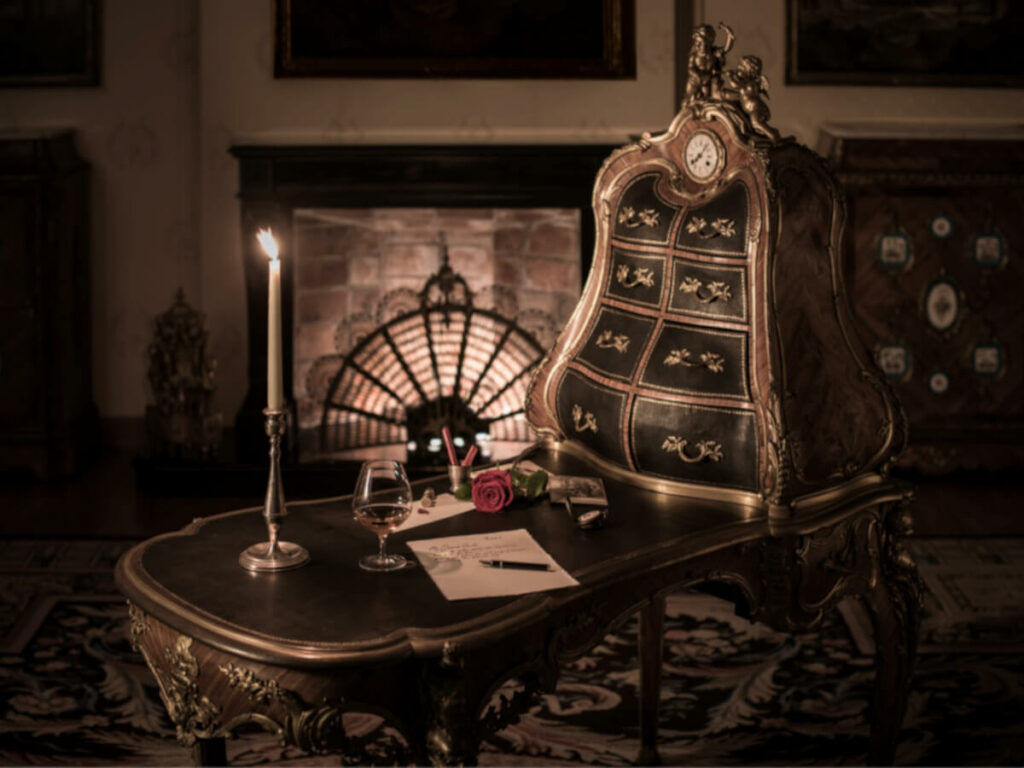