Saype, the nurse who became an artist to heal the world at the Biennale Arte 2022

Saype, the nurse who became an artist to heal the world at the Biennale Arte 2022

Meeting Guillaume Legros aka Saype is a rare pleasure. His sympathy, deep intelligence and sensitivity towards the problems of the world, the real ones, immediately conquer you, in no particular order.

In Venice, the Biennale Arte 2022 welcomes the new stage of its Beyond Walls land art project, strongly supported by the Lavazza Group which found in the French artist a commonality of values ​​and objectives, among the first the desire to safeguard an increasingly at risk, but also inclusion and solidarity.

The two hands that intertwine and unite are the common commitment to go beyond the walls that separate men, enclosing them in mental or geographical spaces. From a technical point of view, it is a huge eco-sustainable fresco on grass installed here on a “pontoon”, the typical Venetian barge, but like all my paintings it is ephemeral, it does not last long because the pigments with which it is composed are biodegradable, I have studied them personally: I like the idea of ​​having an impact on people and society, eliminating as much as possible that on nature

Saype’s work – which Forbes magazine has included among the thirty most influential personalities under 30 in the world of art and culture – will be unveiled to the general public on World Earth Day, when after having walked around the streets it will be anchored. and visible from the Torre di Porta Nuova of the North Arsenal where there is also a photo-videographic and installation exhibition of the project, which began in Paris in 2019 and then continues around the world until 2024 (and beyond). After all, why put an end to such an intense project? Saype tells us he was moved, for example, when he saw his work in Istanbul create an ideal bridge of peace between Erdogan’s Turkey and Europe. Raise your hand if you do not want to bring a message so simple but never so mistreated to the whole world as at the gates of Europe at this moment. 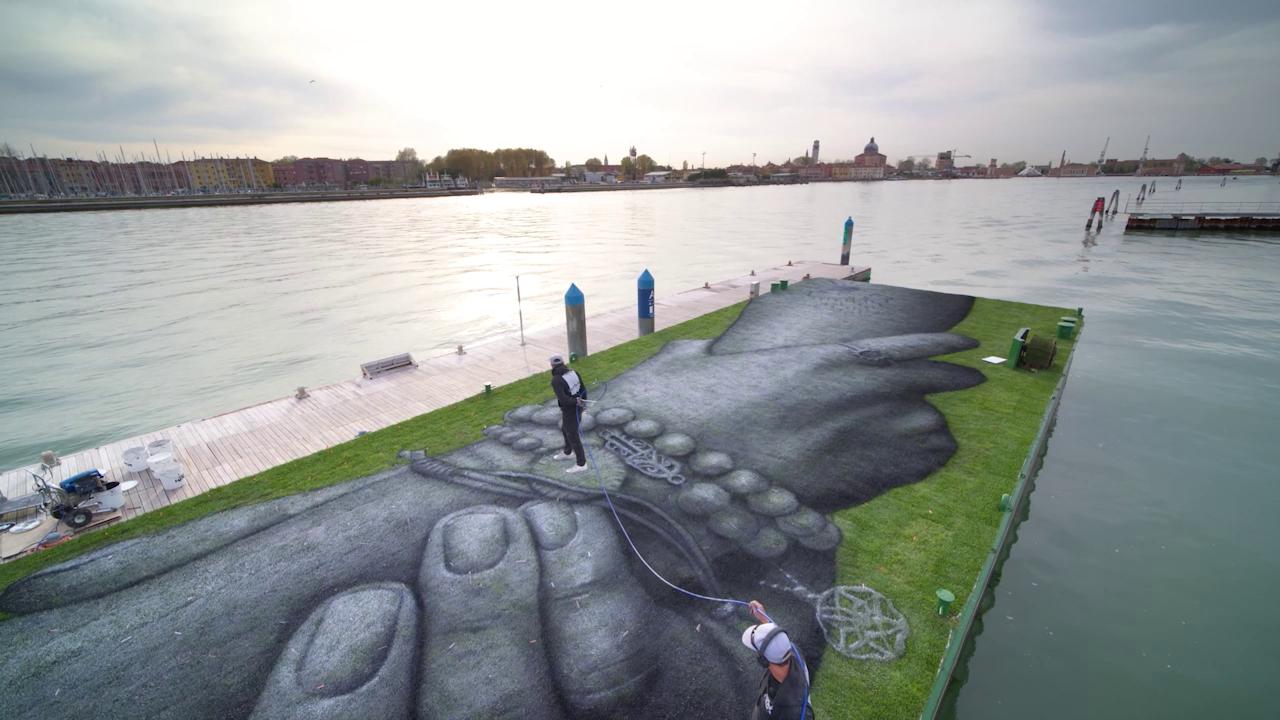 Guillaume, 33 years old in February, is a truly sui generis artist. He was born in Belfort, a French city in Burgundy and did not study in academies. Indeed he was a nurse and worked for 8 years in a hospital.

It was the encounter with suffering and death that perhaps led me to think: what can I do to leave a trace in this complex way. At first I thought that graffiti could be my tool of expression to take a stand and capture the attention of young people (but at my first work I was surprised and arrested by the police). However, I knew I wanted to find a stronger medium to express myself. And working on weed was an ideal choice, no one had ever done it and I could have the largest palette in the world. But I didn’t want to contaminate it

The floating land art work by Saype – which is, among other things, the crasis of two English words “Say” and “Peace” – is part of the programming of the Venice Pavilion, curated by Giovanna Zabotti, which this year will have the title “Laurel”, symbol of change and possible dialogue between Art and Nature. 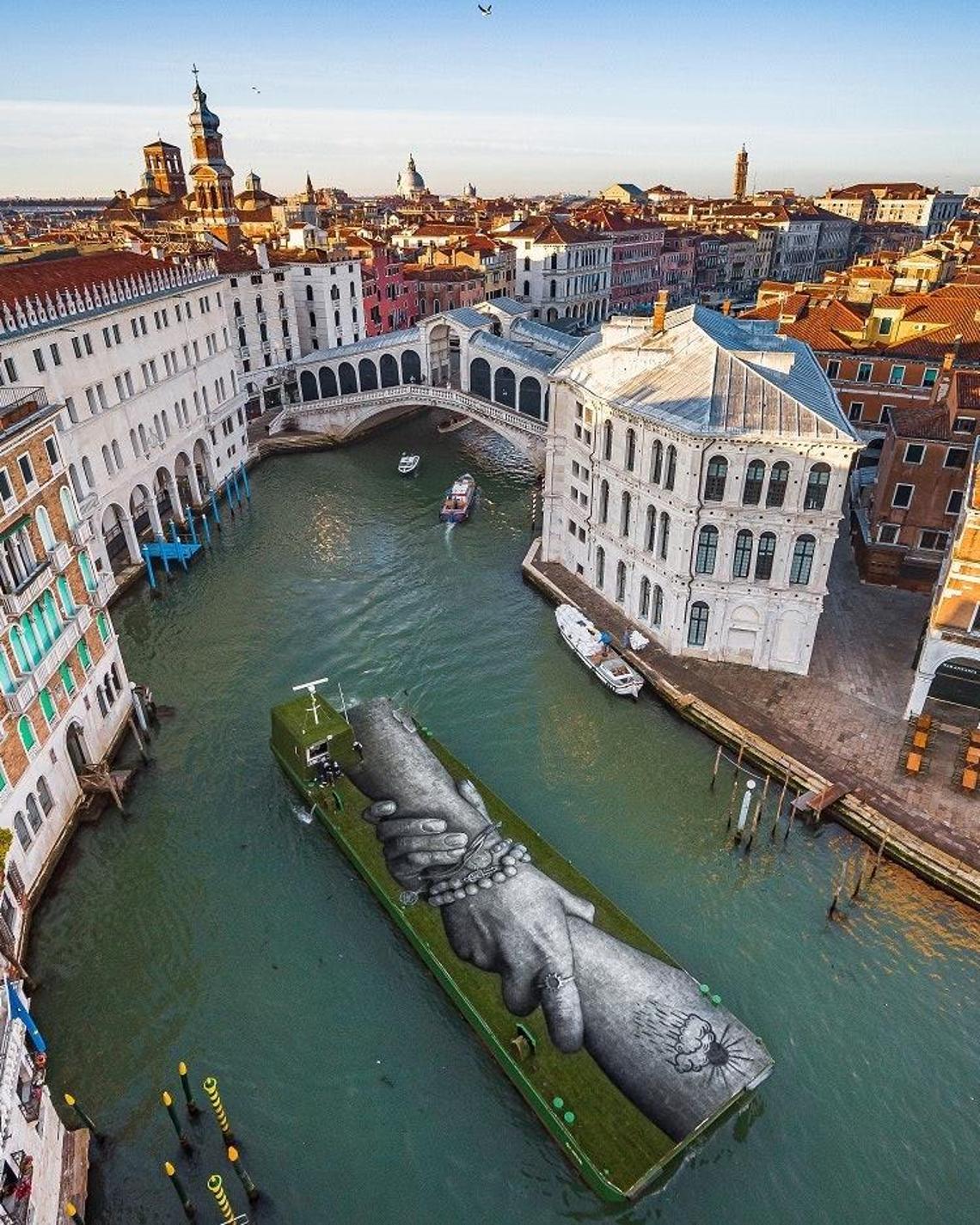 And the most beautiful sensation left by both the encounter with Saype’s project and the visit to the pavilion is a realistic vision of the condition of man and nature which, however, leaves us a glimmer of optimism towards the future.