Studio65 and the Radical Design protagonists in New York

Telling about overseas Radical Design made in Italy is the main objective of Mrs Maria Cristina Didero, the curator of the exhibition SuperDesign: Italian Radical Design 1965 – 75, that from 7th November 2017 will take place on the prestigious gallery R & Company (82 Franklin Street, New York).
Protagonist is the 10 years cultural revolutionary movement risen up during the sixties, when Studio65, the collective founded on 1965 in Turin by Franco Audrito, at that time student in the Faculty of Architecture, along with other young colleagues, was the main character. The most important aim of Studio65 was to fight against the at the time conformism and to promote a new “radical design”, made up by dreamlike, surreal and positive projects to build a better world dominated by the power of imagination. 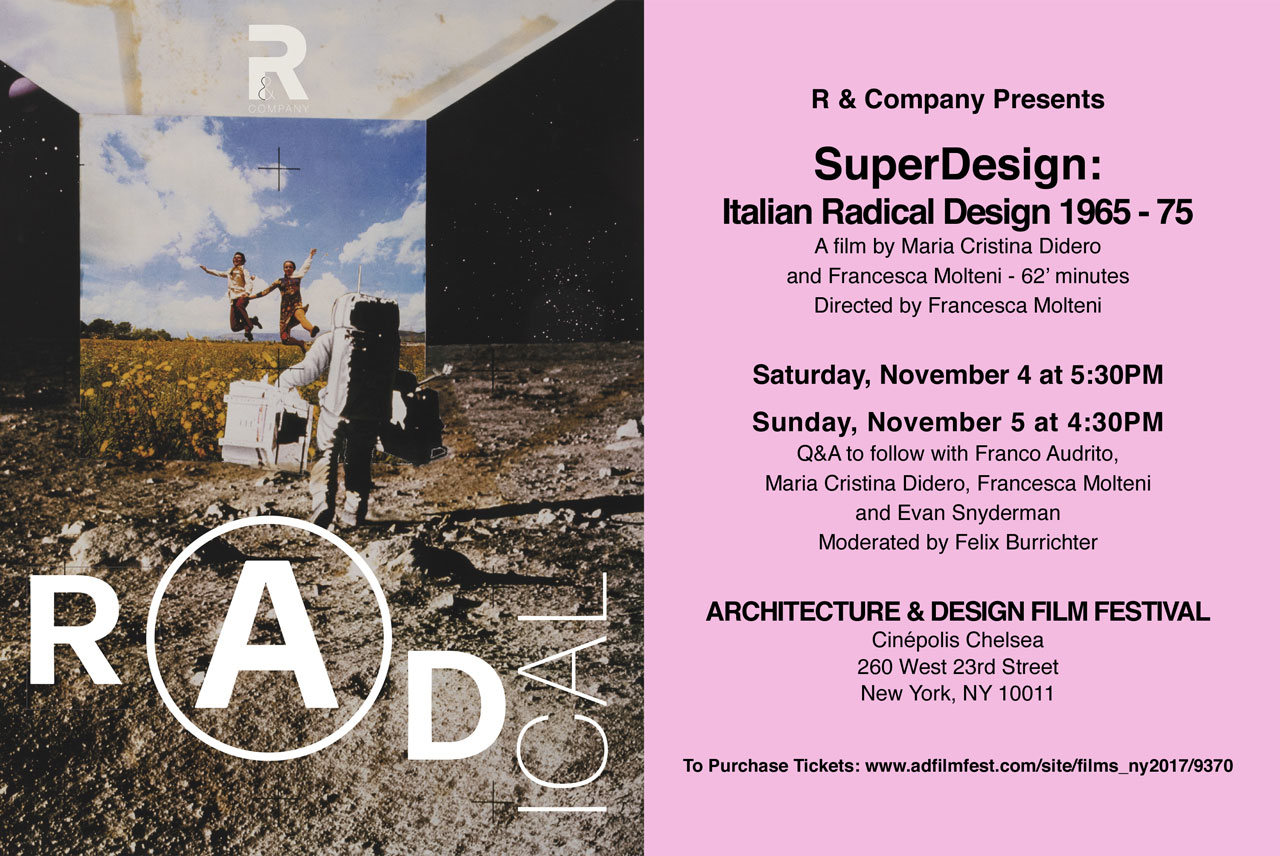 To fascinate Big Apple people keen on art, among the others, design work (most of them made by Gufram) today icons hosted by the most prestigious contemporary art museums in the world: from the sacrilegious modular sofa Leonardo to the iconoclastic-classic seat Capitello, up to the ever fascinating Bocca sofa.
To make all one with the exhibition there is the book by Maria Cristina Didero, published by Monacelli and the video by Francesca Molteni. The preview will be shown on 4th and 5th November during Architecture & Design Film Festival in New York. It’s a documentary 62 minutes long about ten years of Radical Design through the voice and the memories of all those who, such as Franco Audrito, has contributed to change that time (trailer at link: https://vimeo.com/231880469). 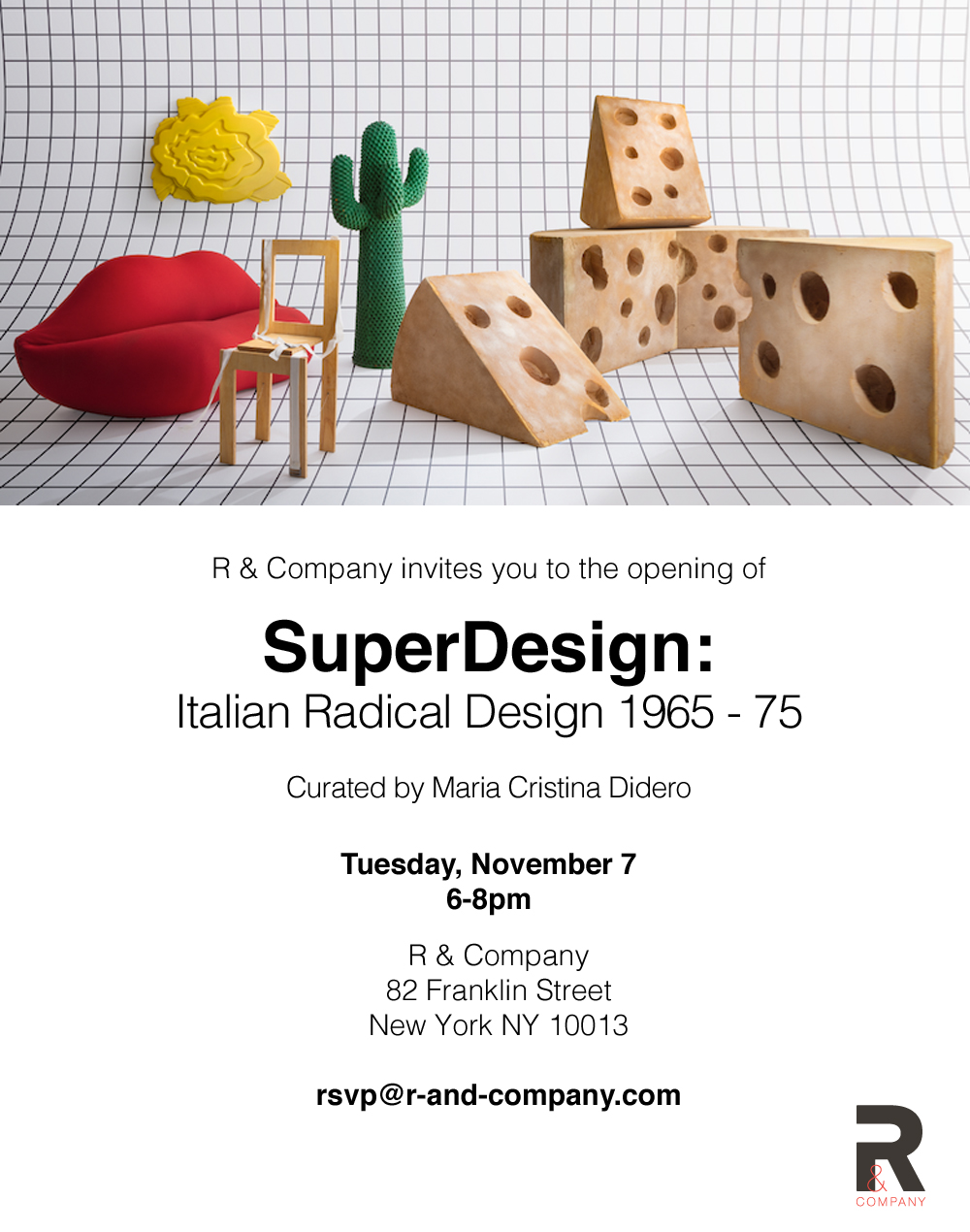