The Braglia Foundation in Lugano POT-POURRI: From Picasso to Valdés

Anna and Gabriele Braglia’s private collection of modern and contemporary art is once again on show to the public at the Braglia Foundation in Lugano from 29 March to 30 June 2018 (http://fondazionebraglia.ch/).
Around 100 works are on show by some 50 artists, covering a wide range of Italian and international art through 10 themed sections divided over two floors. The title of the exhibition is “POT-POURRI: From Picasso to Valdés” and expresses a rich blend of varying styles assembled in an intimate and personal way. These two passionate collectors show immense generosity in opening the doors to their world and offer an exclusive journey to discover some of the most important figures in 20th century art. 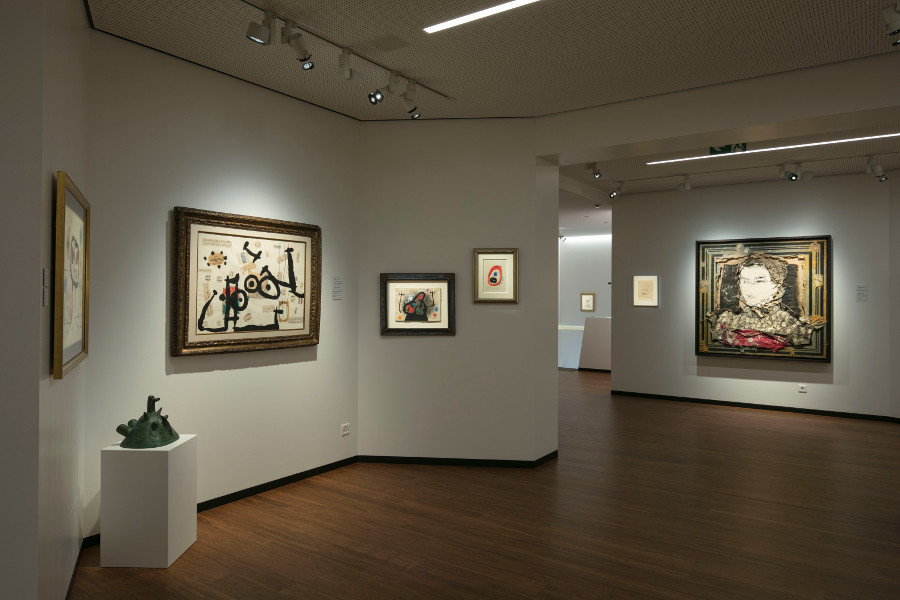 To mark the occasion, the exhibition, which is made up of around 100 20th-century works of art from Italy and beyond, is further enriched by a new selection of works. The work of the Italian Fortunato Depero, a key figure in the development of futurism in the post-war period, is complemented by three sketches from the 1920s; two of these were produced for advertisements and one, La congiura dei passeri, for the cover of the book of the same name by Giovanni Gerbino. Other additions include a bronze sculpture (man on horseback) by the Colombian artist Fernando Botero and two paintings featuring his personal interpretation of the painters Ingres and Cézanne. All these works date back to the middle of the 20th century when Botero was at the peak of his artistic powers.

The brand specializing in men's accessories that speaks of elegance and refinement par excellence, Marinella's ties, have been dressing world leaders for over 100 years
Read more
Sky Land Sea

The goal of this two-year commitment is very ambitious: to improve coordination between companies in the Tuscan district that produce luxury yachts to improve their social impact and reduce that on the environment
Read more