The contemporary crystal lighting by WINDFALL back to EUROLUCE

Clarissa Dorn and Roel Haagmans of WINDFALL, have presented their new creations for the second time to EUROLUCE. The magic is still there: it is that of a thousand refractions created by the precious crystals that the Atelier uses to make its chandeliers and lamps, which are as timeless as the fascination with light itself. With unmatched creativity and an “oceanic” palette of elements and colors, WINDFALL reinvents the luxury lighting world every day for private clients, interior designers and architects from all over the world. Speaking of oceans…

Amongst the new works which have debuted in Milan, the undisputed star has been the JULES table lamp with its strong visual presence, inspired by a nautical instrument from the submarine in Jules Verne’s Twenty Thousand Leagues Under the Sea. JULES is composed of large Swarovski octagons mounted on a metal frame, in both polished brass and powder coated with a matt black finish. Another great piece from the collection is the new series of chandelier-elements, a decorative typology greatly appreciated by WINDFALL‘s sophisticated international clientele because they can be mounted in such a way so as to create endless different shapes, that allow the designers to create unique compositions. Bespoke is indeed a key-word to the WINDFALL lighting atelier! The new BOULES chandelier elements make you dream of an oriental atmosphere where everything is elegant and rare. In the Boules Passement versions, large Swarovski spheres are juxtaposed with elegant tassels, in ton sur ton or in contrasting tonalities, while in the Boules Crystal versions, the crystalline transparencies triumph. Moreover, the new LULA SILK and LULA PASSEMENT chandelier-elements, available in various textile and Svarowski combinations, have created a bright feast of lights at the German company’s stand. 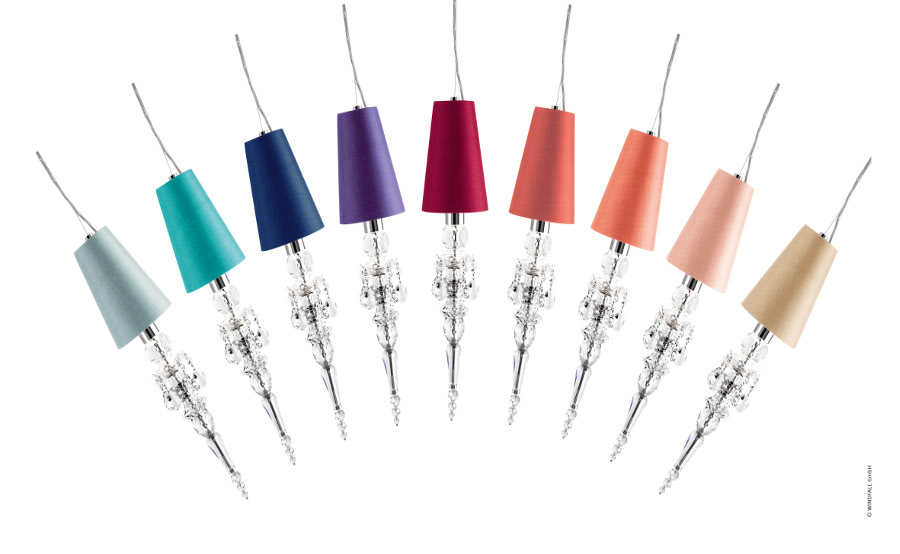 There is no lack of new wall pieces, such as the splendid CORONA WALL LIGHT, a sun-shaped lamp – consisting of two rows of long crystals – that would not look out of place in the apartments of the “Sun-King” Louis XIV. A charming new entry is also the EDEN WALL LIGHT, formed of sparkling flowers, composed of drop-shaped Swarovski elements and available in up to 39 shades, is reminiscent of ancient traditional wall lamps but with a contemporary twist. A regal lamp, fit for a modern Marie Antoinette. 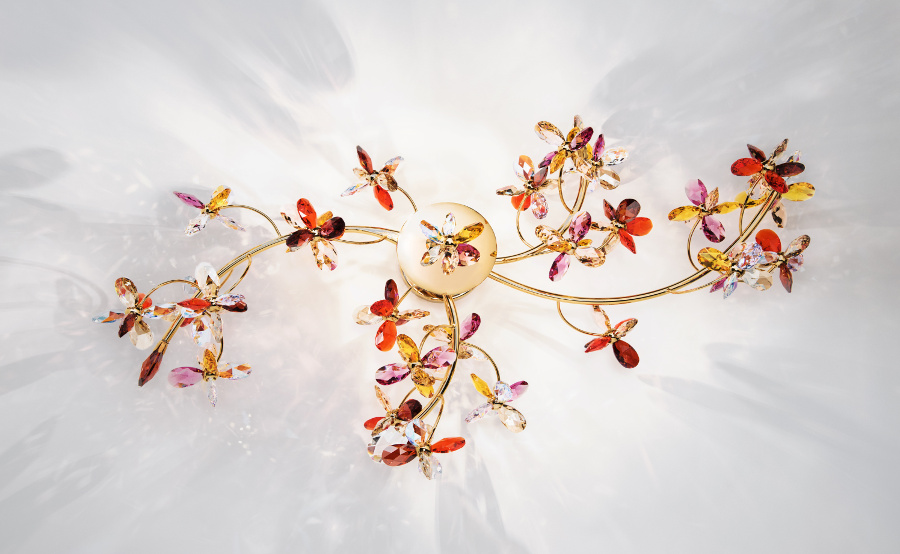 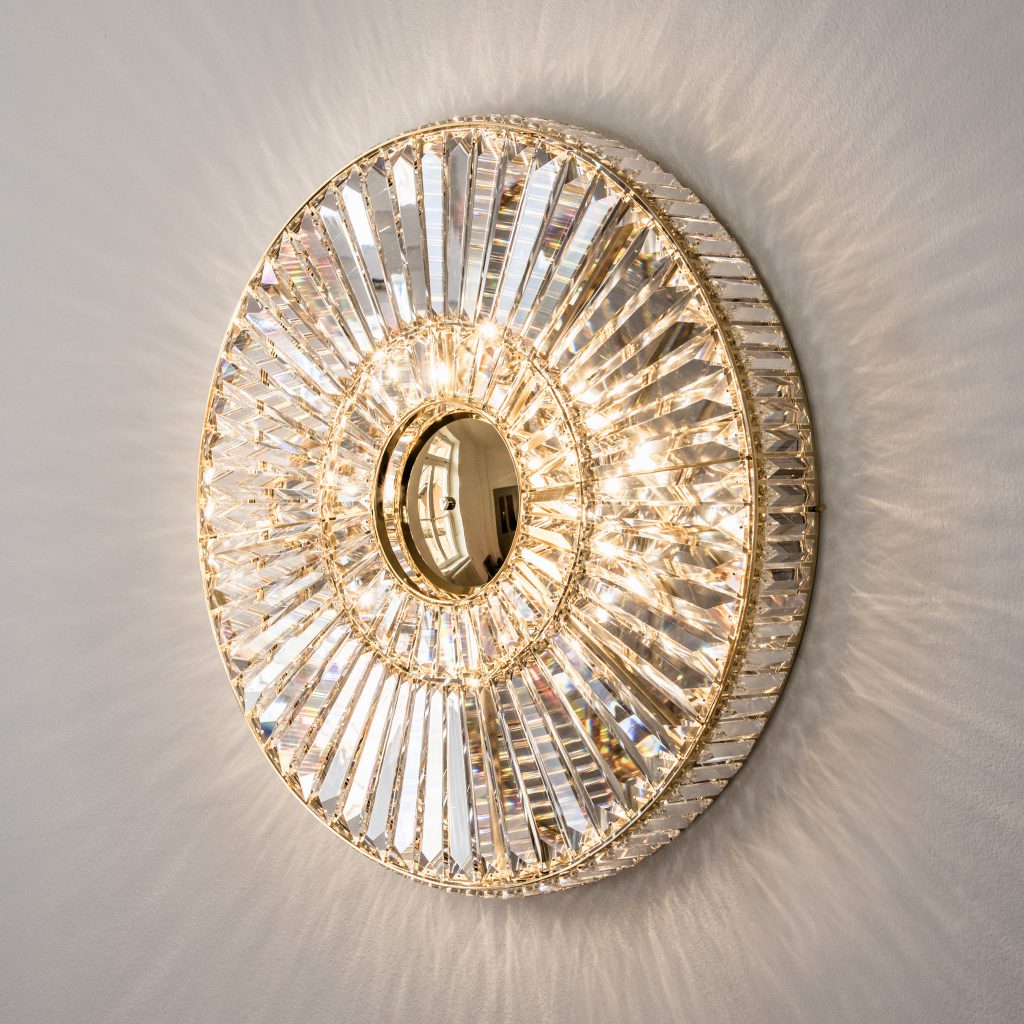 These are but some of the interpretations that WINDFALL can give to lighting, transforming it into something wonderful, that both surprises and delights. 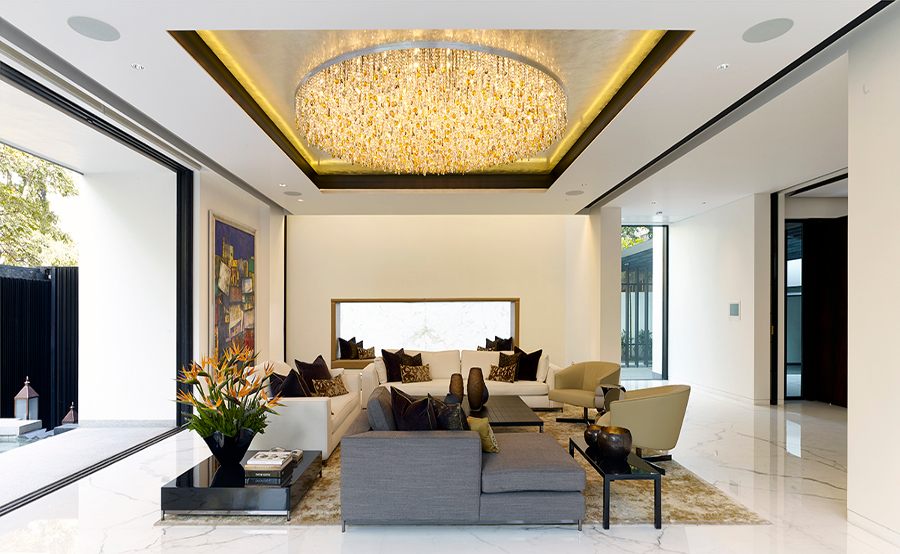 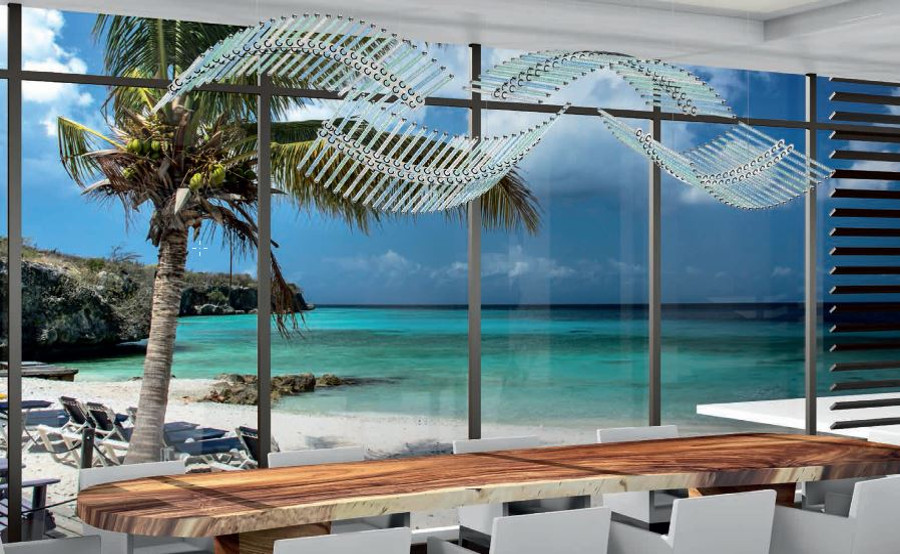 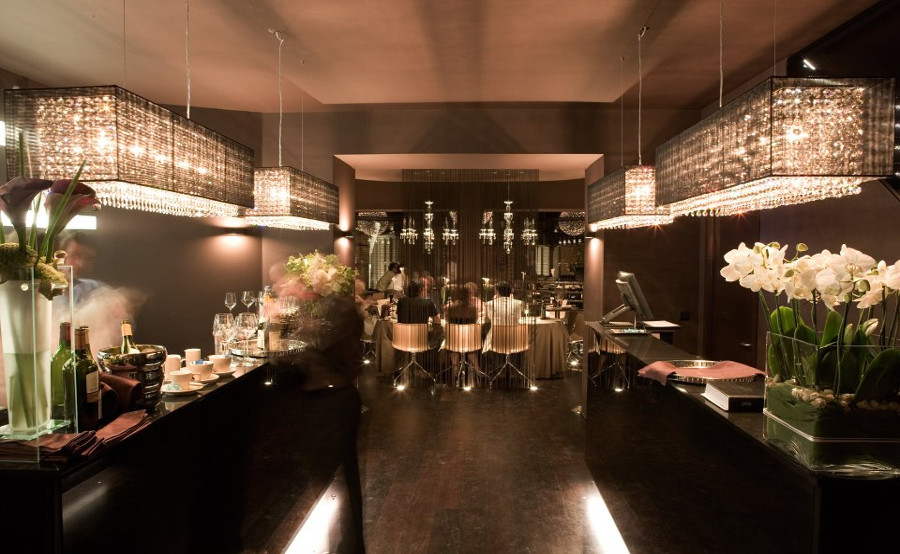