The Design Museum in London presents until 7th October 2018 the first UK solo exhibition of Azzedine Alaïa: The Couturier, a major exhibition exploring the late designer’s unique creative talent and the timeless beauty of his work.

The exhibition of the Tunisian designer, conceived and co-curated with the museum before his death in November 2017, charts his nonconformist nature and his infectious energy for fashion, friendship and the female body.

Unlike many of his contemporaries, Alaïa personally constructed each garment by hand and refused to bow to the pressures of fashion week deadlines, instead working to his own schedule. His collaborative inclination earned him an esteemed client list, including Greta Garbo, Grace Jones, Michelle Obama and Rihanna.

His personal approach, the particular rapport he established with his muses, models, clients, and friends and his quest for perfection made Alaïa a designer virtually without peer.

Rather than a retrospective about Alaïa, the show interlaces stories of his life and career alongside personally selected garments, ranging from the rare to the iconic and spanning the early 1980s to his most recent collection in 2017. 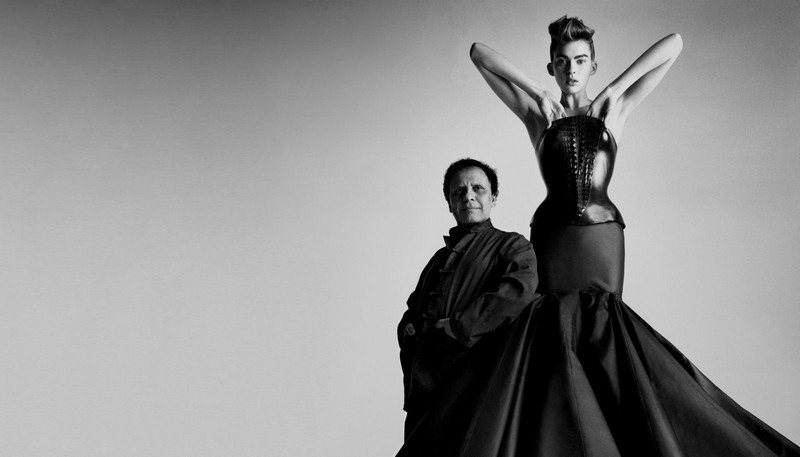