The Covid crisis has caught everyone off guard, and triggered an out-and-out rush to stock up on personal protective equipment and disinfectants.

In supermarkets, household aisles have been emptied, and the same is for drugstores, which have set up dedicated shelves and displays for disinfectants, alcohol wipes, hand sanitizers, and more.

Well-known everywhere in Italy since the 1980s, the packaging of one of these is pure Italian graphics and design applied to pharmaceuticals.

It’s so-called “Bialcol” – or rather, its bottle, originally designed by Alfonso Grassi and Gruppo MID for Novartis, and winner of a Compasso d’Oro industrial design award in 1985. 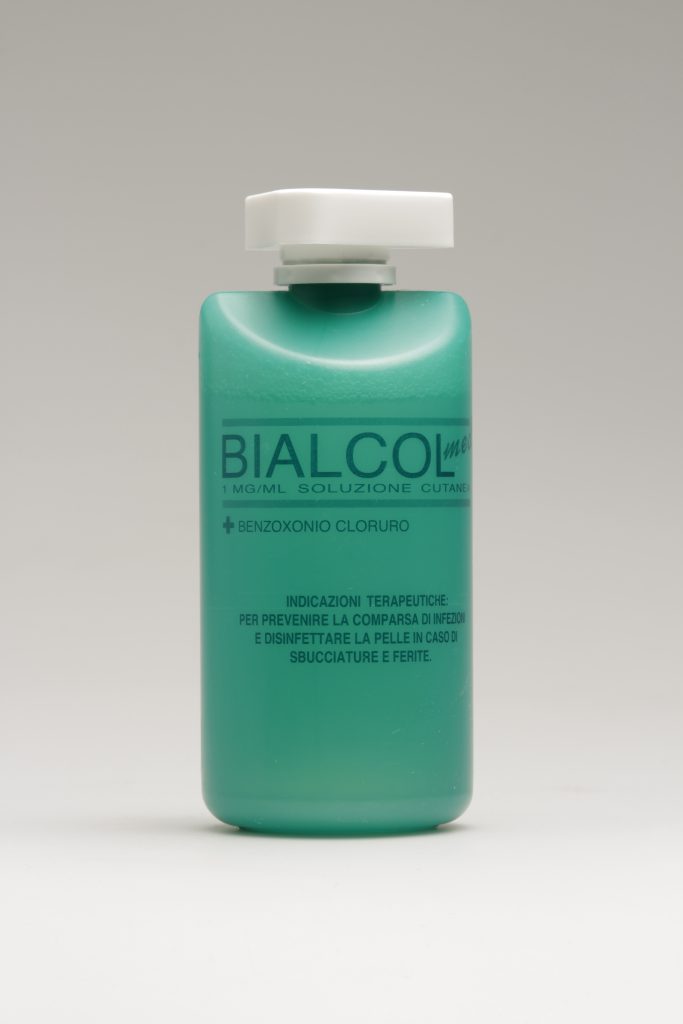 The packaging of Bialcol clearly shows how everyday objects have their own stories, though often unknown to many, involving unique anecdotes and designers whose view of the world has changed the consumers’ behaviors for the better.

Its apparently simple plastic packaging conceals all the many ideas that made it unique.

The famous green bottle, with its unforgettable white cap and the large “BIALCOL” lettering, was designed to be easier to open and close in emergencies.

The tilted parts just under the bottle’s neck make the bottle stable, and the triangular cap is extremely easy to open, thus reducing any risk of spilling the content.

The iconic detail of the bottle, this triangular cap was inspired by the hats and bib aprons that the nuns working as nurses in hospitals once used to wear.

Alfonso Grassi was an eclectic, ironic designer, just as witty as cultured. Given his great passion for hats and headgear, it is really no wonder that a hat was the inspiration for the Bialcol project. 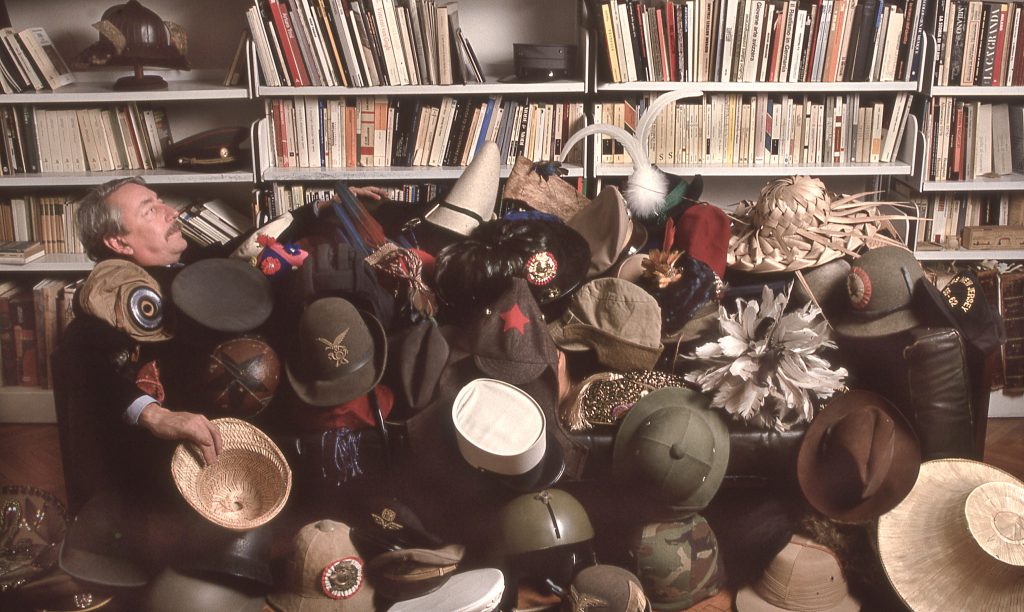 However, the Bialcol bottle was just one of the remarkable projects that Studio MID brought to life.

Born in 1964, Gruppo MID (standing for “Mutamento Immagine Dimensione” – mutation, image, dimension) grew to be one the main fronts of the international avant-garde between the 1960s and the 1970s, to the point that it marked the beginning of a new age in the definition of work of art itself. In the wake of the previous kinetic and programmed art movements, the group members used the latest inventions in electronics, lighting engineering, cybernetics, and virtual communication to create optical, abstract pieces, so as to actively involve spectators in the aesthetic event, while somewhat pioneering digital and multimedia art.

Unlike their forerunners, however, they often dialogued with design, and simultaneously mixed their work with theoretical sociopolitical reflections on the events of the time.

The founders of this movement were Alfonso Grassi, Gianfranco Laminarca, and Alberto Marangoni, who established Studio MID in 1966.

In 1968, their studio won an international contest for the Italian pavilion at the 14th Milan Triennale, and in 1979 they received a Compasso d’Oro award for the visual identity and arrangement of the exhibition “Tre secoli di calcolo automatico, IBM Italia” at the National Museum of Science and Technology in Milan. 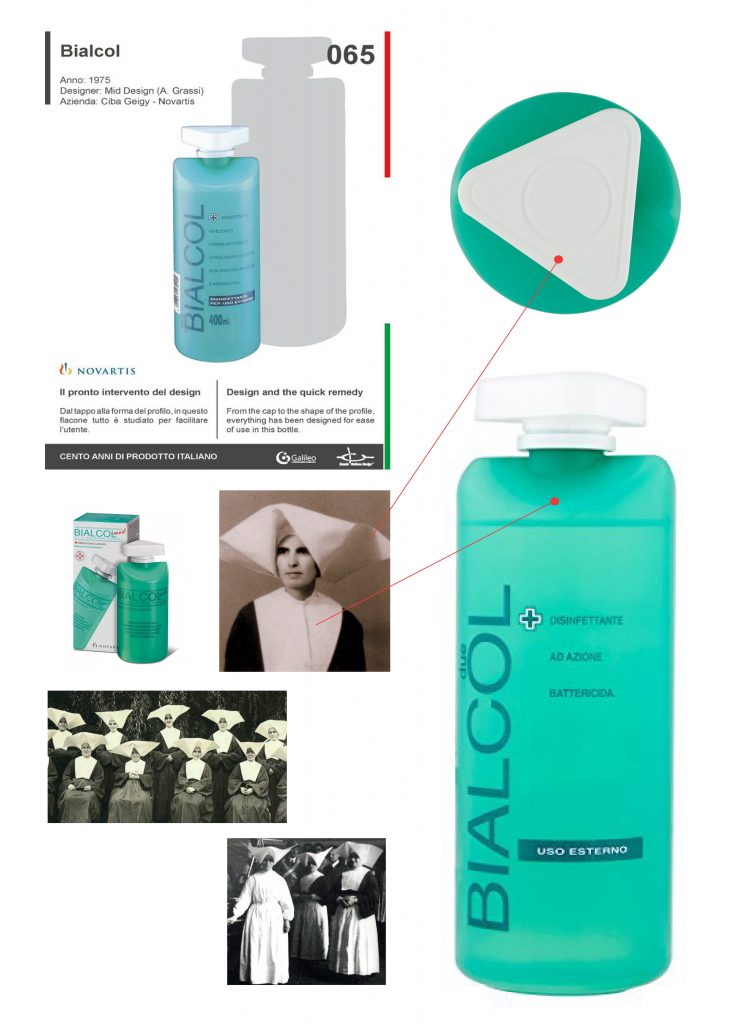 In that same year, the Studio became once again a Compasso d’Oro nominee for the graphics of Rizzoli’s weekly magazine “L’Europeo”. Several exhibitions followed, as well as industrial design projects for objects that are still on the market today, like the Bic Black razor (1975) and the Bialcol bottle (1985).