Lederam and Macchina della Luce for the Suitehotel Gulde Schoen

Antwerp, the capital of Flemish baroque and the main town in Flanders, hosts the Suitehotel Gulde Schoen in the heart of its historic city center. This boutique hotel, custodian of ancient stories about a pastime which dates back as far as the early sixteenth century, offers accommodation possibilities in nine suites, where a clever use of natural materials, such as beautiful marble and warm hardwood, amazes the guests.

Some lamps of the Lederam collection and the sculpture-like Macchina della Luce by Catellani & Smith have been chosen for the light design of two exclusive suites, located on the second floor of the hotel. A pendant lamp Lederam Manta S2 in white and gold finish illuminates the living area of one suite and distinguishes itself for the elegant and sinuous design, which comprises two aluminium discs hiding an LED module, held by thin metal rods.

In another suite, a pendant lamp Macchina della Luce, one of the most scenographical lamps by Catellani & Smith, dominates the living area and casts circles of light and shadow on the ceiling. Its suspended discs, entirely covered by golden leaf, make the room even brighter. A large ceiling lamp Lederam C180, covered in golden leaf, both contrasts and at the same time warms the colour of the dark marble paneling in the bathroom, thus becoming the undisputed protagonist of the room. The table lamp Lederam T1, in the white version with golden rod, has also been selected for the sleeping area of the suite. 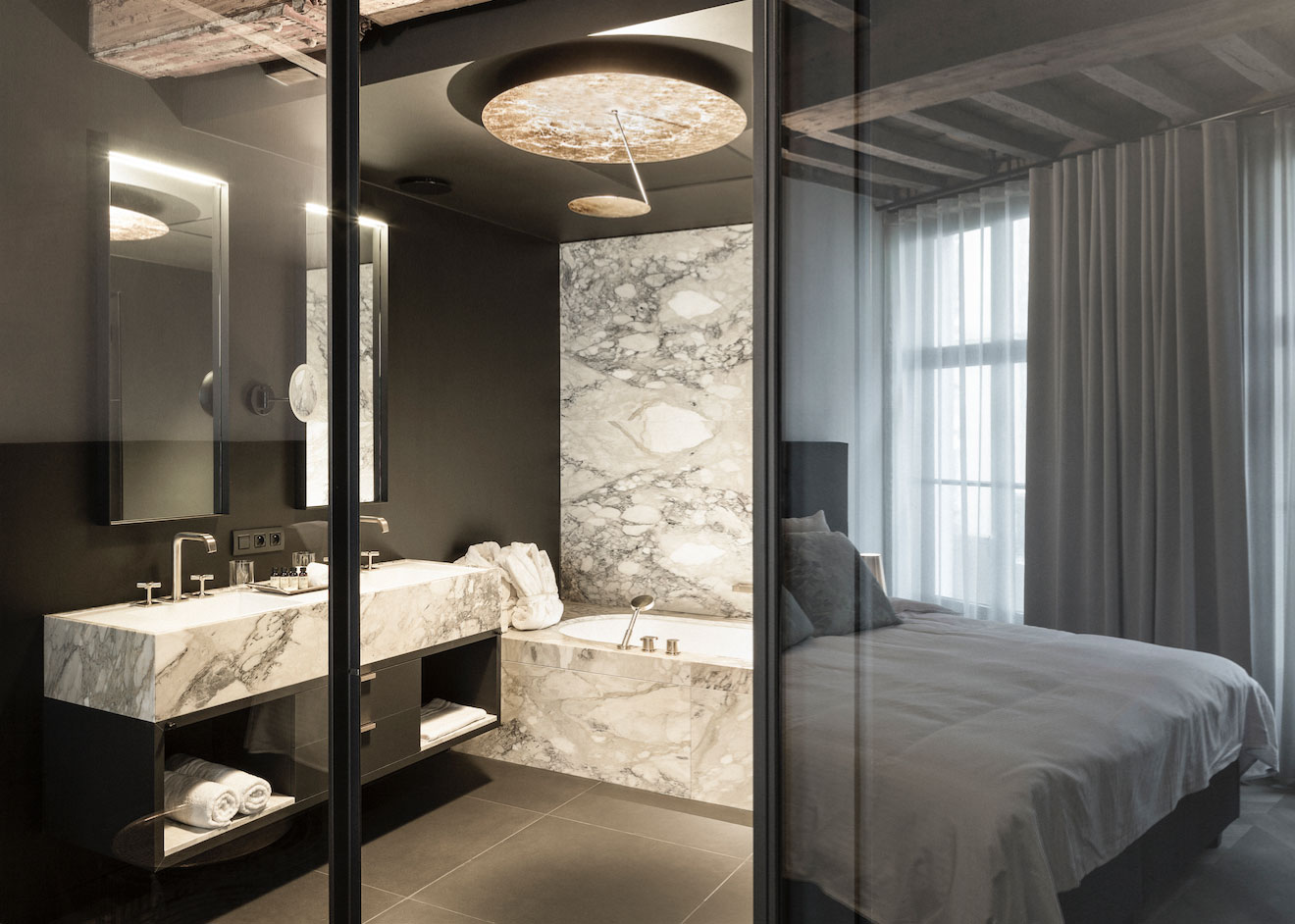