These are the numbers from Milano Gallery Weekend’s first edition, only made possible by Confcommercio and Ascofoto, which supported it right from the start.

One of the messages that Milano Gallery Weekend intended to spread is that galleries are businesses: they invest, generate revenues, put skills in place, do research, take part in trade shows, and internationalize 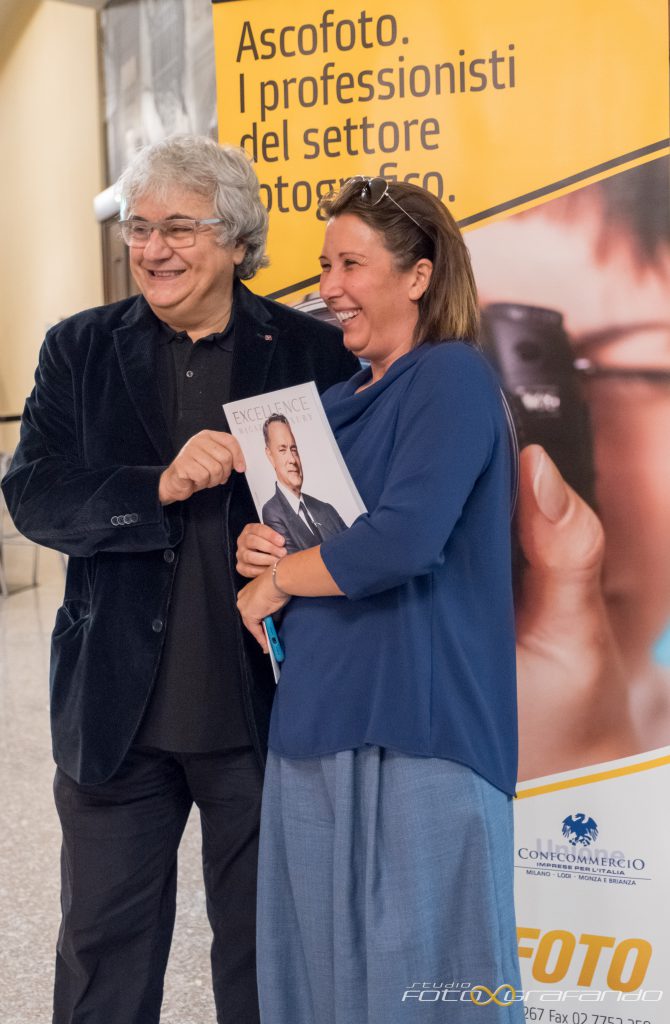 Research was one of the core themes at Milano Gallery Weekend’s first edition, thanks to Laura Castelli, professor of Private Law at the University of Milan, which sponsored the event together with the Municipality of the city and the Region, and to Maddalena Mazzocut-Mis, professor of Aesthetics at the University’s department for cultural and environmental assets, and scientific coordinator of the Obiettivo & Immagine project.

An all-women team organized the first edition of the Milano Gallery Weekend in just a few months.

Alongside the professors we had with us Sarah Spinelli, head of the graphic project, Giulia Restifo from That’s Contemporary, manager of the relations with the galleries, and Emanuela Zini from Aleph Advice, creator of the website and media partner of the event with Excellence Magazine

Excellence Magazine reserved to the participating galleries an editorial space to promote the exhibitions they had prepared for the collective opening on October 11.

Professor Maddalena Mazzocut-Mis, journalist, critic and curator Roberto Mutti and collector Ettore Molinario discussed Authclick, a startup by the University of Milan incubated at Polihub that deals with the protection of rights and blockchains.

In Via Festa del Perdono, the University of Milan hosted three conversations on art and law with an extraordinary panel. The first was moderated by professor Castelli, coordinator of the University’s post-graduate course in Art and Law, and explored the circulation of artworks.

The second debate, mediated by Debora Rossi, Deputy General Manager of the Venice Biennale, addressed the subject of archives and foundations, while the third, led by lawyer Alessia Panella, the coordinator of AEGI’s commission for art and culture, examined Stolen art and the Gurlitt collection.

There were several meeting opportunities for the gallerists too

This first edition of Milano Gallery Weekend introduced itself to the city in a double guise. One for the professionals, offered with occasions for examining and reflecting on the art market and the role of galleries; one for the public, who had access to an artistic program absolutely worthy of Milan, becoming increasingly active in the cultural field

Cultural moments were not lacking either, happening in different locations around the city. Après-coup Bistrot hosted “Le ragioni invisibili”: curated and interpreted by actress Lucia Ferrati, the readings were inspired by the works featured in the “Invisibili destini” solo exhibition by artist Roberto Rampinelli, and were followed by a guided tour of the exhibition itself at the gallery with the artist and curator Sarah Lanzoni. 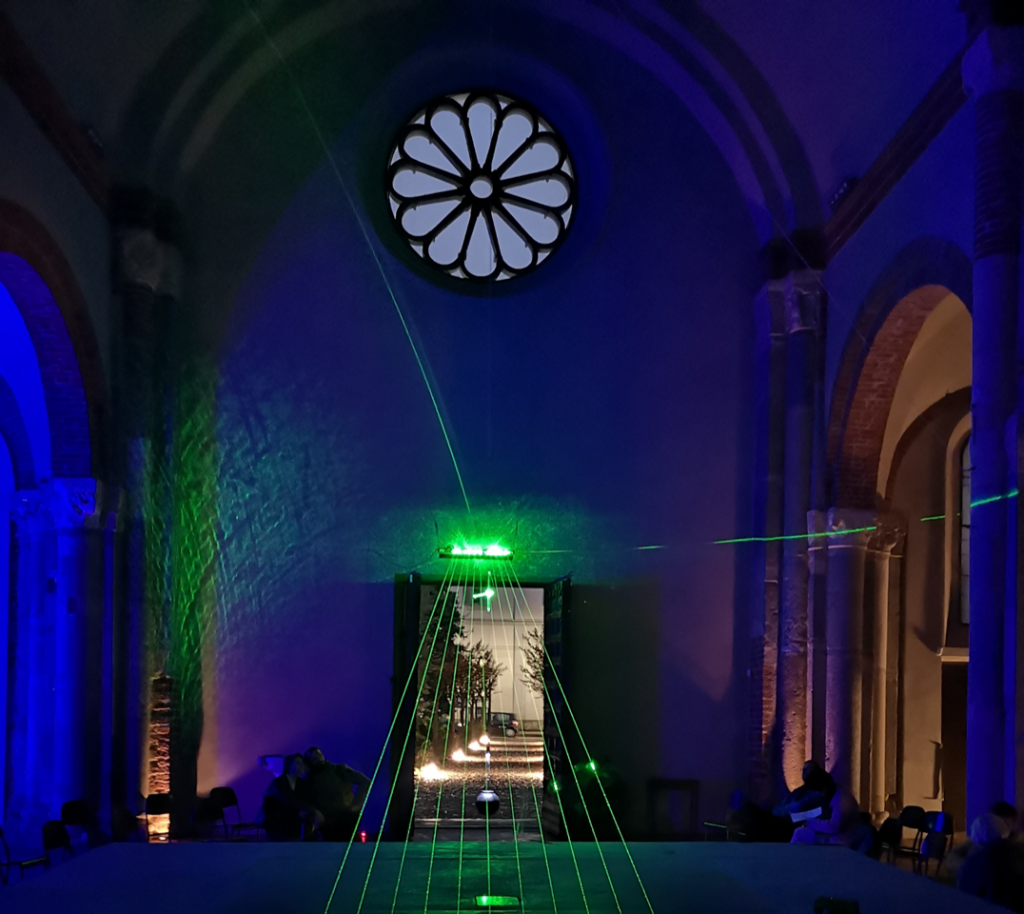 During the Milano Musica festival, in collaboration with AGON, Pietro Pirelli and Gianpietro Grossi set up their “Arpa di Luce” at the church of San Celso, crossed by the luminous cords of the installation.

Food was another protagonist of Milano Gallery Weekend: the Arte da Mangiare, Mangiare Arte association set up an exhibition at the Superficiale restaurant, where it organized the performance dinner “Zucca vuota, come riempirla?” (How to fill an empty pumpkin?).

The Gallery Weekend format was born in Berlin in 2004.

As of now, there are 20 Gallery Weekends active all over the world

with an international coordination in Barcelona, at the Talking Galleries

Thanks to the Czech Center in Milan and the Consul General of the Czech Republic in Milan Jiri Kudela, the event also welcomed Michal Novotny, one of the youngest, most acclaimed curators in Europe and the director of the modern and contemporary art collection at Prague’s National Gallery. 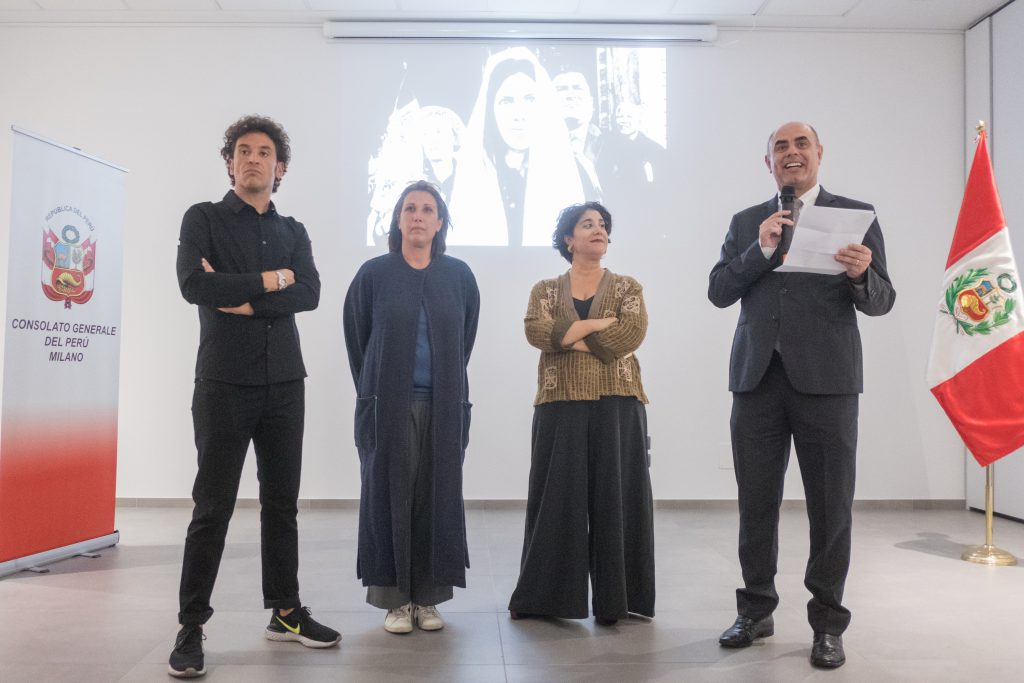 Special thanks go to the Consulate General of Peru and Consul Augusto Salamanca, who invited the galleries participating in the Milano and Lima Gallery Weekend, which had just ended, to the inauguration of “El senor de los milagros”, a photography exhibition by Giorgio Galimberti curated by Paola Romano. 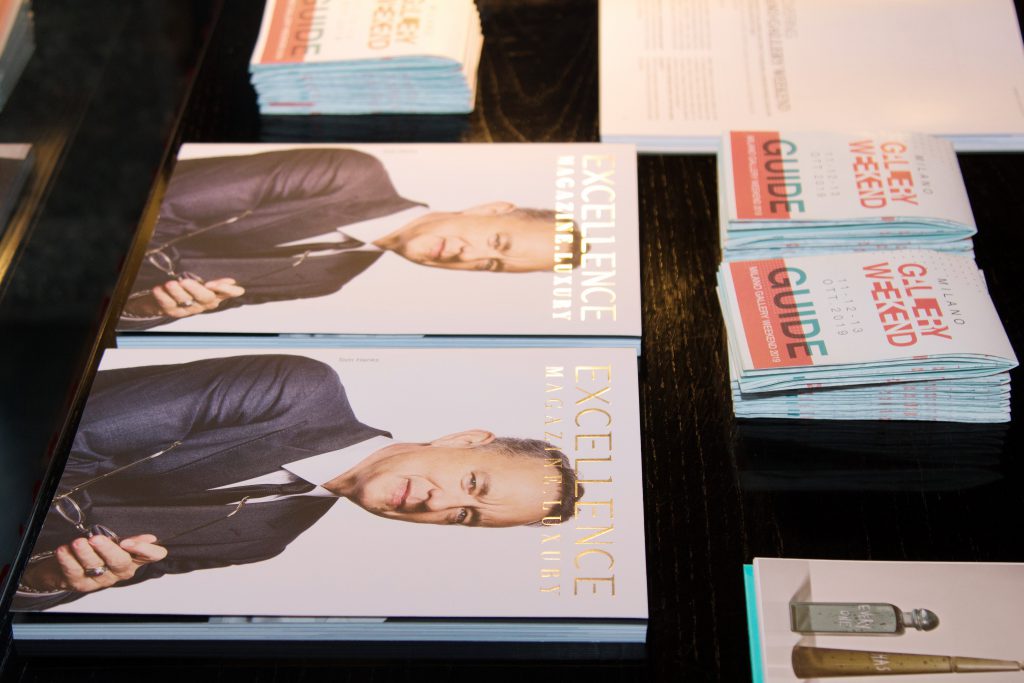 Milano Gallery Weekend was also introduced on the international scene on September 19 in Lugano, at a gala dinner during Wopart organized by media partner Excellence Magazine, which covered the whole event through the voices of the gallerists.