Could you briefly tell us about your gallery and work?

We’ve been in the business since 2010. Via the economART platform, we create interdisciplinary projects of contemporary art, science, design and economics. With an exhibiting space of 330 square meters and a garden of 60, our gallery is strategically located in the Brera District, just a few steps from the Brera Academy and other galleries like Repetto Kaufmann, Cardi Gallery and Galleria Milano.

By working on projects such as “Titoli. Arte tra finanza e mercato” in February 2010 and the “Game Over #2” solo show by Polish artist Maria Wasilewska, our research gallery has mainly been experimenting with smart materials, with a preference for nanotechnologies, as “the real is the invisible”.

Since 2013, we’ve been launching artistic experimentations with so-called wonder materials graphene (1 atom of graphite carbon) and aerogel, culminated with the creation of “Peso Piuma” by Mattia Novello  ̶ the first artwork in the world to be realized in graphene aerogel  ̶  unveiled within the pilot project “The Transparent dream” in May 2014.

Through partnerships with the Polytechnic University of Milan, the University of Salerno, the University of Rome Tor Vergata, the Italian Institute of Nanotechnology in Genoa and the Genoa Science Festival, our gallery has been investing in new technologies and green, sustainable materials, such as bioplastics derived from organic waste, Caparol’s nanotech concrete solutions or thermal paintings that preserve artworks from future temperature rise. 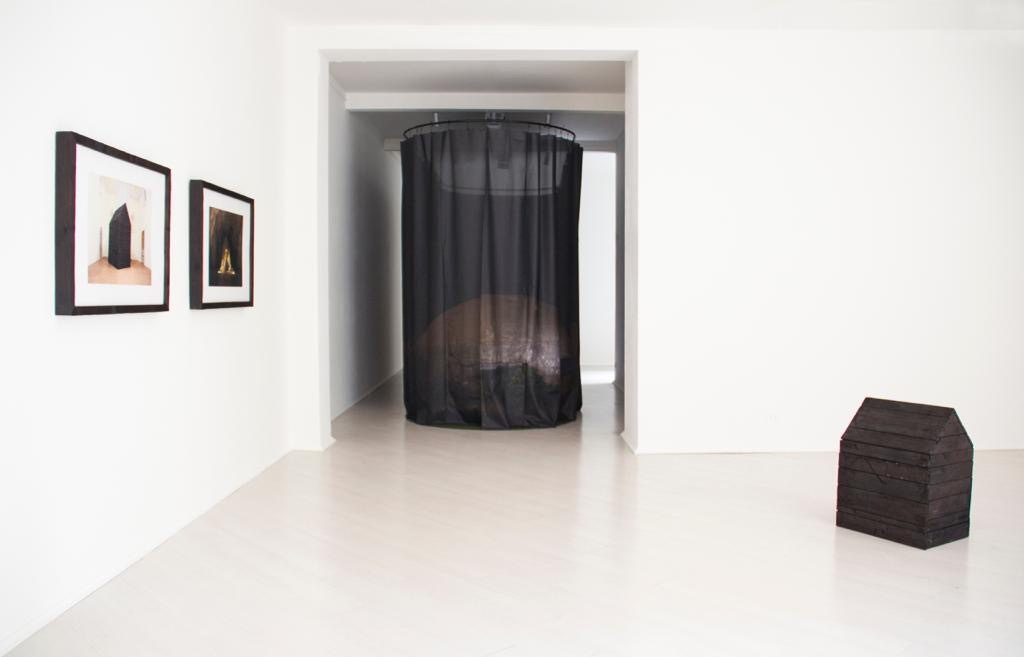 Thanks to technical endorsements, we strive to restore the magical, functional relationship between business and artistic creation. This is why we’re involving young and versatile experimenting artists, new technological craftsmen  ̶  because they will be the ones driving new contemporary art, serving as a guiding light for various disciplines.

Writings, paintings, drawings, photographs, holograms and augmented reality (Amy-D covers them all) revolve around experimentations and the use of new-generation materials, as they intend to create more sensitive art that dialogues with other disciplines and the issues of our time. Our gallery’s intense planning activity emerges both from solo shows and collective exhibitions and sees the participation of international artists like Daesung Lee, Sasha Meret, Duvier Del Dago, Alexander Brodsky, Maria Wasilewska, Lorena Pedemonte Tarodo, Mirko Nikolic and August Muth.

Which resources are available today to engage the target audience?

Our target is heterogeneous and extremely demanding. Right from the beginning, we’ve always recurred to professional videos filmed with drones (project memory) and posted on YouTube and on the gallery’s website, and we’ve always relied on a valuable press office, efficient communication on social media and online e-commerce platforms, curatorships of public exhibitions, catalogues and/or brochures contests, prizes and fairs.

Of all the authors you’ve covered along the years, who’s been the most appreciated?

It depends on the genres: for photography, South Korean artist Daesung Lee, winner of 2 Sony World Photography Awards, for the environmental issues covered and his poetic planning. Daesung has been the creator of several exhibits, fairs and the Genoa Science Festival.

For sculpture and installations, that would be Mattia Novello, who was initially active only in Italy but is now participating in fairs, especially in the US.

Sasha Meret, who lives and works in New York, for her sculptures – armors and helms – that are also used and presented at fashion shows.

Then there all emerging artists, like Valentina Colella, Marco De Santi and Alessio Barchitta, that I curate and carefully follow, and I hope I’ll have much to say about them too.

How do you see the art market today in Italy and particularly in Milan?

The art market has been out of breath for several years now – it’s the price to pay for bad fiscal and communication practices. Our gallery’s platform is called “economART” (art and economics), because economics is lifeblood and Art is an invaluable asset and should be treated accordingly. There’s a crisis at the roots and it involves all the elements of a system that’s now obsolete. Roles should be revisited – the one of gallerists, who are merely merchants at this point or unable to take part in the dialogue; the one of artists, now become too hybrid because unable to represent themselves (with few exceptions) and paranoid towards their interlocutors; the one of curators, who are now basically curating themselves, their image (like stars) and their wallet; the one of art historians, absolutely valuable but absent if not for institutional art; the one of auction houses, so fierce in replacing galleries that bear.

Above them all there are collectors, extremely faceted, ill-defined figures that prefer buying from abroad or at foreign fairs. Milan’s artistic offer is currently rich and varied – many openings, but few real projects, due to a lack of that interdisciplinary expertise that is essential to attract laymen’s attention. There are no partnerships between galleries or agreements on any artists because we don’t know how to team up with one another. What we have are cartels that hide not so legitimate organizations and intentions. Fairs like Miart, Mia Photo Fair and the Design Week are valuable points of reference with an excellent potential. 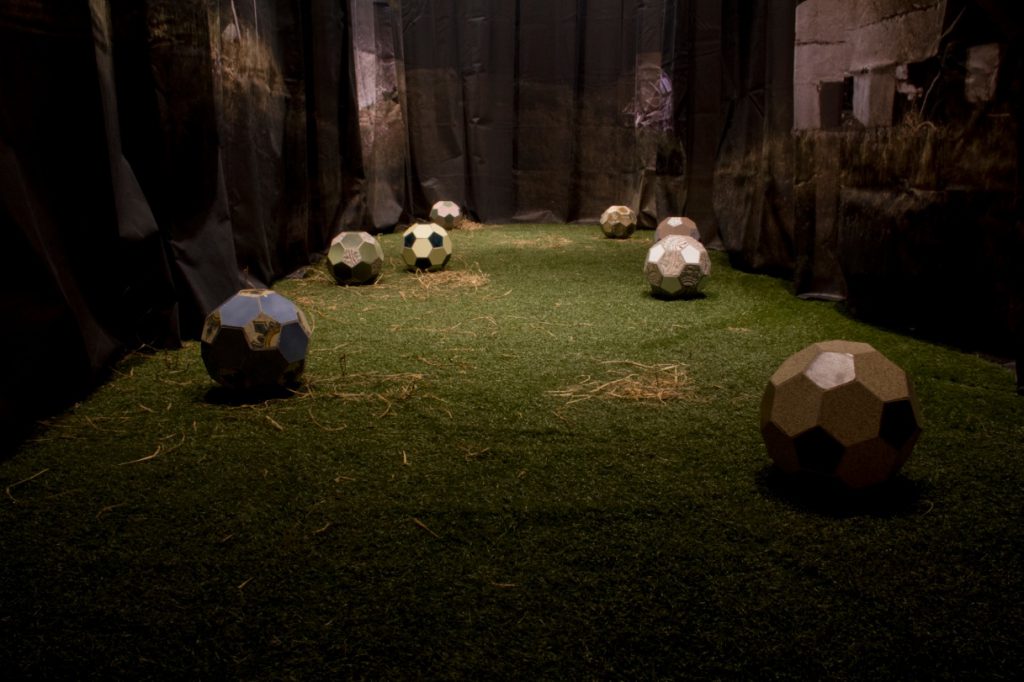 Milano Gallery Weekend: which opportunities can stem from events of this kind and how are you joining?

These initiatives allow us to network and create better connections. We follow and support events of this kind, which also aim to gain a deeper knowledge of all exhibits on offer with the same accuracy that galleries should show, for a better enjoyment of art. 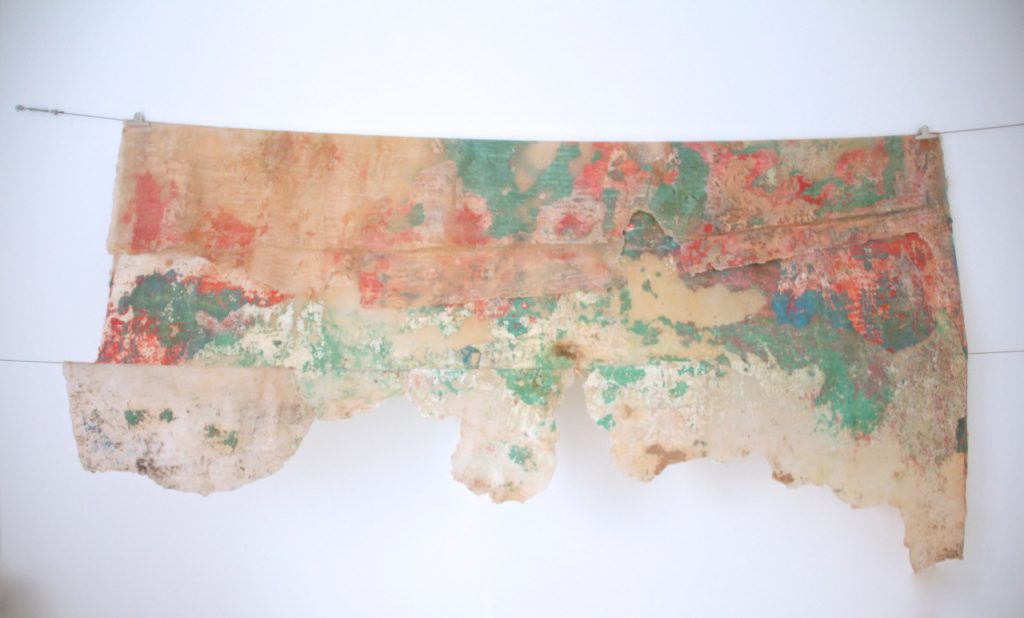 In past editions, we’ve always participated in Giornata del Contemporaneo with AMACI, and this year we’re also taking part in the MGW on October 11, 12 and 13 with our new economART project “Fluid like concrete, Tough like sand”, a solo show by Alessio Barchitta with a critical text by Arianna Baldoni and an introduction by Anna d’Ambrosio.

The hotel is also the perfect base to explore Tenerife's many attractions. The experts at Gran Melia Palacio de Isora are on hand to organise exceptional experiences to suit every occasion and taste
Read more
Dolce Vita

It is in the first songs that the public knows and appreciates the powerful voice of the Romanian soprano Cristina Pasaroiu, dressed by the Tuscan designer Eleonora Lastrucci who always knows how to best interpret the essence and theatricality that accompanies the protagonists with her clothes
Read more