Anna Cominotti, the social artist who lives in a museum

Do you remember A Night at the Museum? the film in which the night watchman of the Museum of Natural History in New York discovers that during the night inside the museum… strange things happen? I felt this way too, when in broad daylight and in the city center I went to meet Anna Cominotti, a social artist, to find out more about her about her countless volunteer and charity activities.

Like the protagonist of the film, Anna Cominotti too has the enormous privilege of living inside a museum, but unlike these she is surrounded by the wonderful beauty of art and not by animals.

Almost osmotically, the beauty she is surrounded by is reflected in the small masterpieces that her hands are able to create and that her heart gives to those most in need.

Fascinated since childhood by the enormous therapeutic power of embroidery and sewing, Anna poured into her creations all the love she has for her neighbor and which she demonstrates through the thousands of volunteer activities she dedicates herself to. 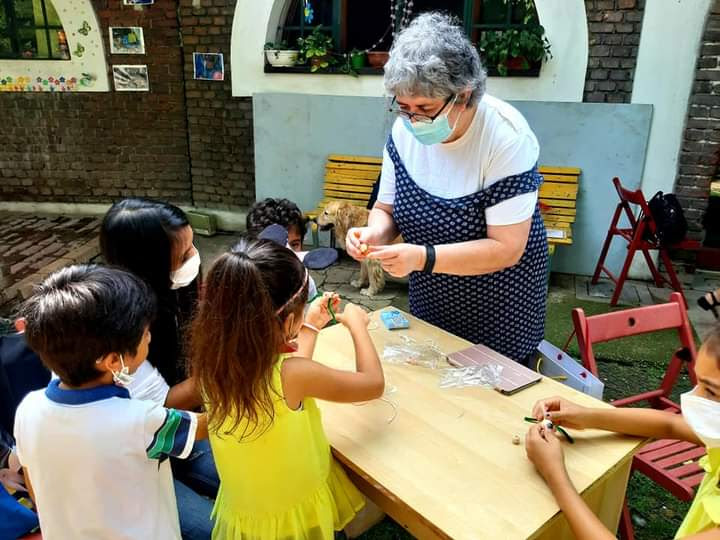 Under the pseudonym of Ghost, she collaborates with the City Angels, the Veronesi Foundation, the Portami per mano association, the Street Victims Association, the Italian Federation for Animal Welfare and the Tempo per L’infanzia cooperative.

As we walk through the halls of the Museum, Anna Cominotti tells me her story, from her childhood divided between happy and traumatic memories, to her marriage with Duilio at a young age to her motherhood: a life that was not always easy but which nevertheless contributed to making her the ” good fairy “who works incessantly for the well-being of people and animals.

Those who, like me, have experienced what suffering means understands that of others better

and she adds slyly

in reality it is a form of selfishness; doing good gives me pleasure 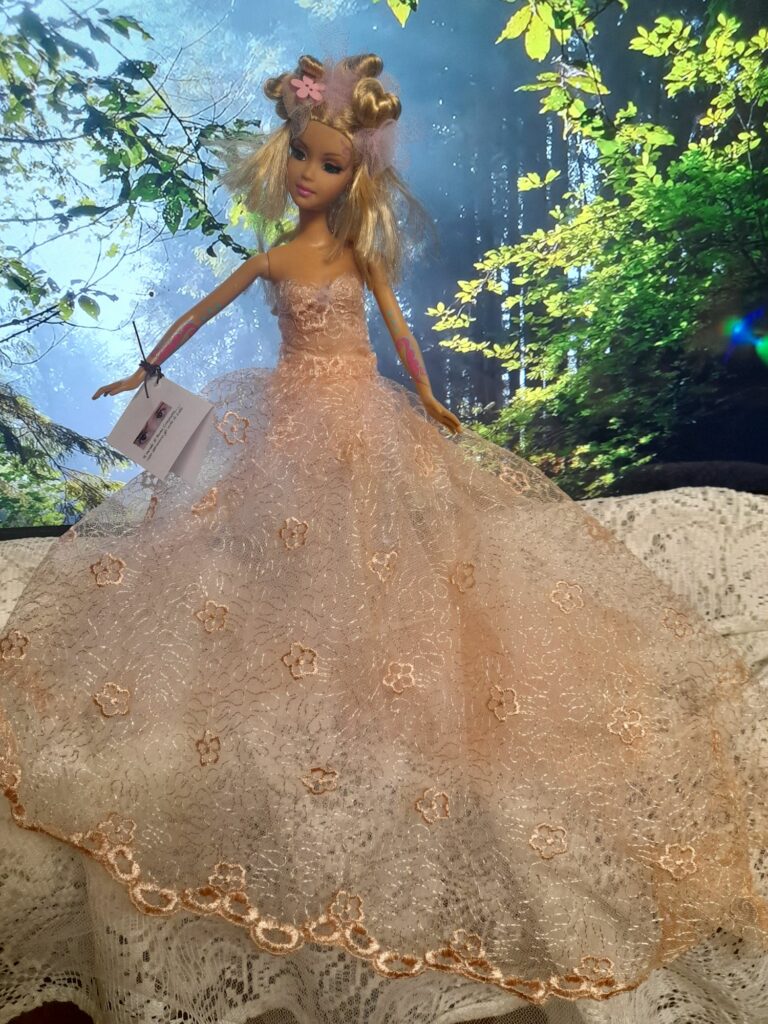 What project are you dedicating yourself to in this period?

Over the years I have collected old Barbies, each with its own story of joy and pain, sometimes lacking hair or limbs, sometimes bearing the signs of the ravages of time or the clumsy games of those who had owned them; using recycled material I created a new dress, a new dimension for each of them.

Through my sewing work I created a new reality for them. To date I have created an army of more than 320 Barbies, each with a different dress, because I love customization, which represent as many stories of rebirth. I call it “art sewn on”, in the sense that once they are made up they can no longer be undressed, this is because their dress is an integral part of their new identity.

These are collectible dolls that, thanks to the organization made available by the blog Milano Meravigliosa, I donated to the Asilo Mariuccia in Milan, and whose sale during the event the world of Anna Cominotti seen through the eyes of Lulu with the management by Davide Cavalieri will be used to support the activities that the association promotes for single mothers and children in difficulty.

When did you get into sewing?

Since I was a child, embroidery has been a bond with my beloved foster aunt who welcomed me at the age of 3 when I was orphaned of a father. Even when we were separated at 9, getting the embroidery tin box with the image of Maria Rosa (an old advertisement from the time) that we both had was our way of connecting.

It is now known that hand sewing is therapeutic. The magic of the slow and repetitive gesture, focusing on a job, relieves bad thoughts and inner turmoil. The needle and the thread have proved to be extraordinarily effective methods for healing inner wounds. This is the reason why sewing and embroidery workshops are often organized at local associations to which I soon start my work as a teacher. Dedicating oneself to sewing helps heal the inner wounds of many women and the resulting artifacts are used to raise funds to do good. 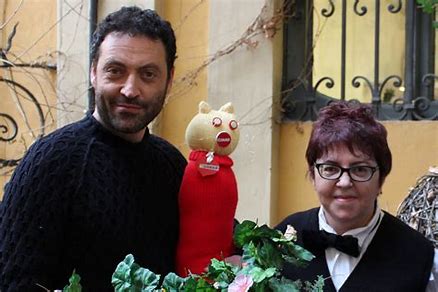 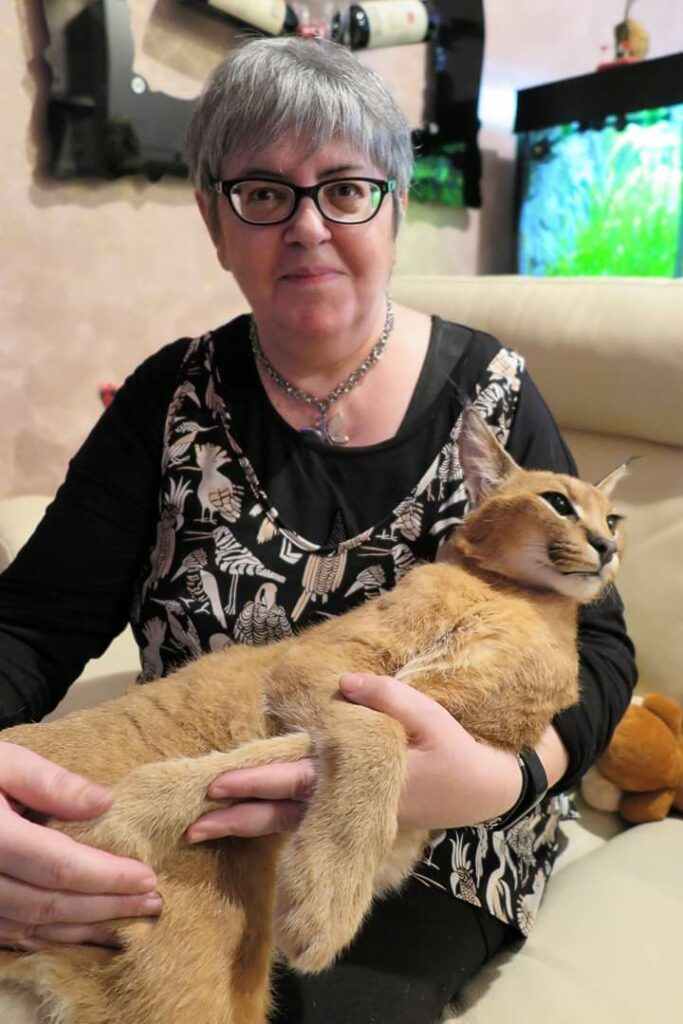 But Anna’s wonderful world does not exclude animals. To raise funds for the Miciottoli di Camaiore shelter, where 250 cats rescued from abuse or neglect have found refuge, Anna has created Miaociottoli, delightful fabric cats dressed in the most original and creative ways.

A feline version of the most classic protagonists of Disney fairy tales like Snow White or traditional ones like Little Red Riding Hood, but also very original pop stars like Madonna, Freddy Mercury, David Bowie up to our local Cristiano Malgioglio.

44 Miaociottoli (yes, 44 cats, as in the famous Zecchino d’Oro song!) which were recently presented during an event at the Crazy Cat Café in Milan, a Japanese neko café adapted to the life of the Lombard metropolis, which years it promotes activities in support of the feline associations of the area.