Antonella Salvucci, my life on set

Antonella, is acting a passion or a profession?

An ever-burning passion, the passion that drives me and always makes me see the light despite all difficulties. I actually stamp the hardest moments into my emotional memory, so that I can draw from them whenever I need to play a multi-faceted character. 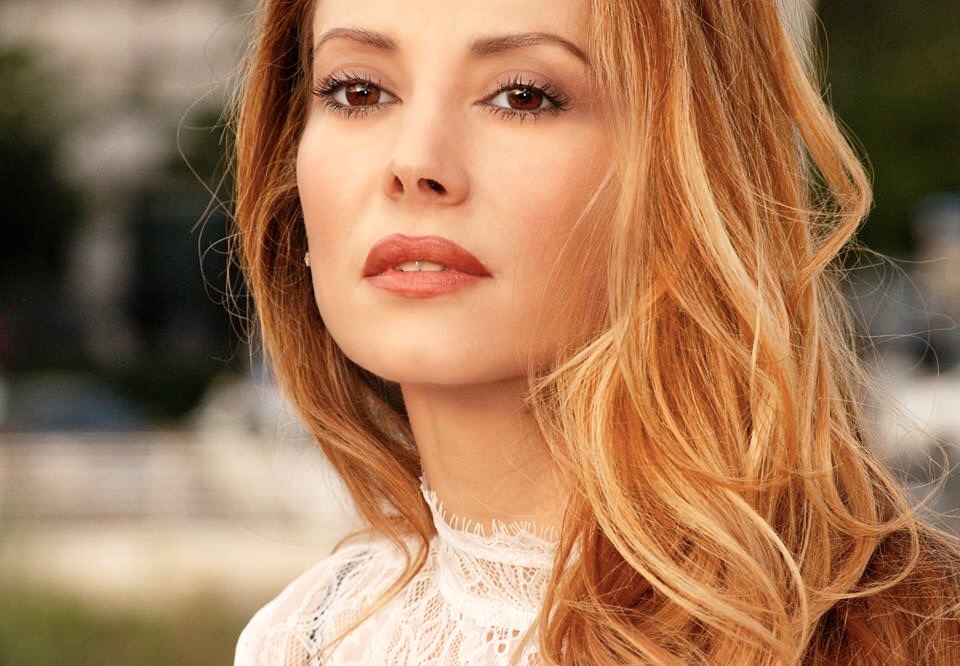 When did you realize that this would be your professional life?

Let’s say that I have known since I was a child. I already had this firm intention, and I was also the first in my school to pick drama classes. I believe that they are truly edifying for children, just like introducing cinema as a school subject, as it is a deep well to draw from. It helps to better understand history and psychological choices, it takes you to new places all around the world, it lets you dream and escape reality while never losing substance, it is a good way to make culture fun. At such a young age, it is hard to be taken seriously when you say you want to be an actress, it is just like saying ‘I’m Napoleon and want to conquer the world’. But gradually, with the right determination and consistency, you start climbing the smallest peaks, you perform in your first theatre plays, your first short movies, until you land a role in a movie. From there, it is a wheel that keeps turning on its own, although through many halts and difficulties. But when you feel that that is your mission, nothing can stop you, and sacrifices become challenges that make you grow personally and professionally. 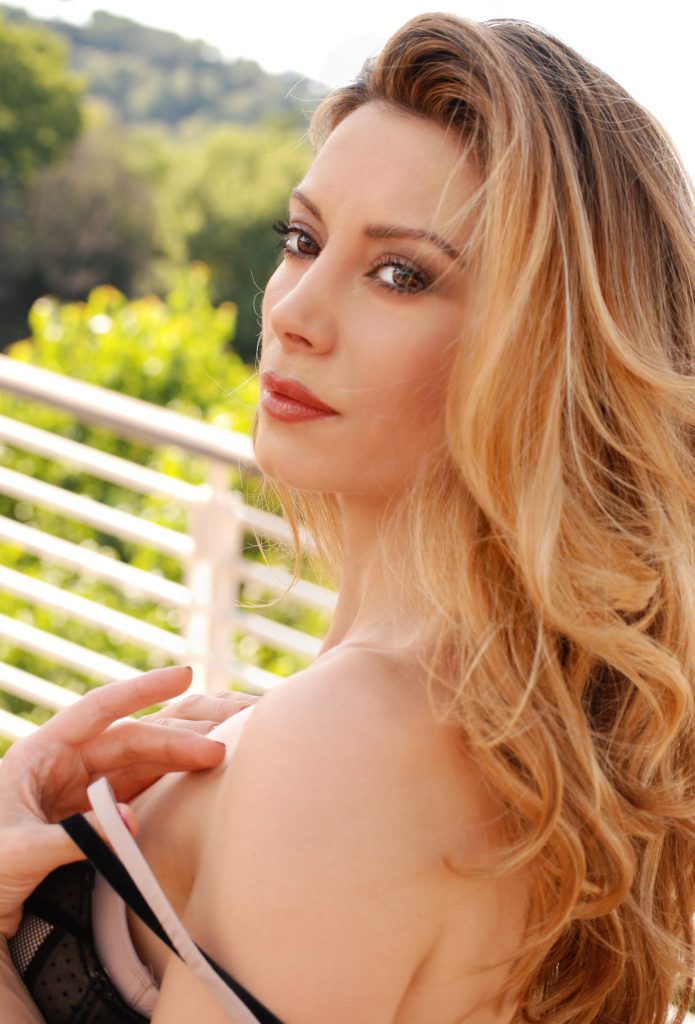 You have long worked in Italy and in the United States. What differences and different opportunities have you found in these countries’ ways of making cinema?

As Italians, we are masters in creating stories with a heart that globally grip and move, whereas the United States mostly base their movies on special effects thanks to the great resources they have, which is what makes their cinema so spectacular and impressive. For what I could see, both the Americans and the world in general have always considered Italy as a great school for its uniquely crafted, authentic pieces.

For a few years now, I have been going back and forth from Los Angeles, the Mecca of the movies. First, I was just locking myself up in theaters to study the Stanislavsky method with acting coaches, or in the Actor’s Studio, where I also had the chance to attend Martin Landau’s classes. Later, I obtained work permits to be an actress, and I started touring American sets with my strong, passionate, truly Italian personality. 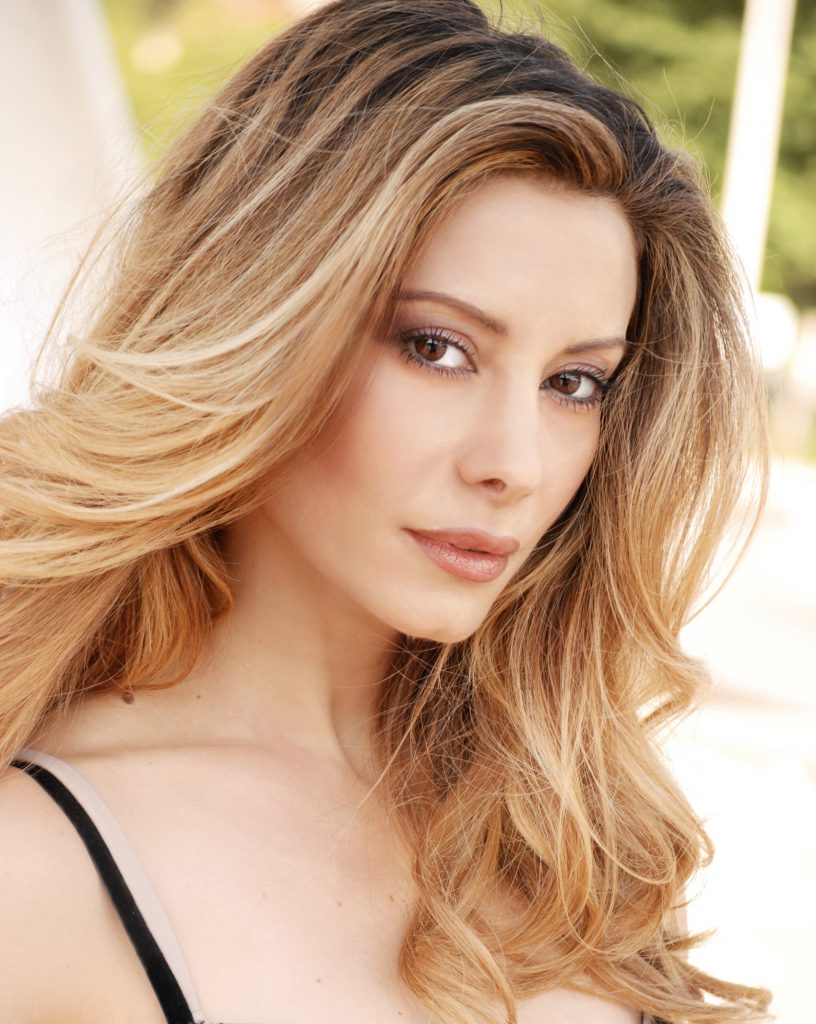 You have been in many action movies. How do you prepare for these parts?

It takes a lot of self-control and discipline, in addition to a good physical shape. I try to follow trainers on set as they prepare the scene, they make you do incredible stunts in total safety.

As is true of everything else, you need to be interested in it, possibly learn some new techniques that make you more and more competitive in a boundless market. For example, I did some MMA, which looks impossible for one as slim as I am, but I can guarantee that it might also come in handy in life, for personal defense.

There is often much talk about transference between actors and their characters. Have you ever experienced this?

Yes, you strongly identify with every character you play to some extent. It sort of happened to me in my first movie as a main actress,  “L’Educazione Sentimentale di Eugenie”, directed by Aurelio Grimaldi. I played a noblewoman from the XVIII century, and I must say that that grace, those gestures, those moves so typically noble were already a part of me somehow, but they refined and positively influenced me even more. These are small details that you steal from your characters, but it has certainly never happened that I did not want to leave a character, as was the case with Juliette Binoche in Abel Ferrara’s “Mary”.

Besides playing, you’re also involved in dubbing. How do you get into the character you need to voice?

As Giancarlo Giannini loves to say, “The actor is someone who carves a space with their body and a silence with their voice”.  An actor’s job is also to take care of their voice, for themselves and to lend it to other characters. Which of course is even harder, since when you are dubbing someone who is different than you, you need to get into that character’s psychology first, and in the overall picture of the movie, so that you can give the character you are dubbing your personal, yet subtle touch.

What professional experience was crucial to your growth?

This is a great question. There have been many; first, moving to America to study, then trying to enter such an impenetrable market alone as an artist, and muddling through it just with my passion and determination. I think that this strongly makes you grow and broaden your horizons, it opens up your mind, and everything else feels like a piece of cake after that. My visionary strength has not stopped at America though, I went as far as India, where I received the warmest welcome and even filmed an international advertisement.

You’re beautiful and talented, is this essential for a movie career?

Thank you for your compliments, which I always find stunning. I like to spread the right messages, because beauty alone would not have even been enough to get to the Fiumicino airport if I had not added that something to it, that so-called “X Factor”, which without you knowing why fascinates the audience, because it comes from something inside of you, a sort of magic that every human being has. You have to find a way and the will to tell it to the world, to express energy in order to stress that if you can do it, nothing is impossible. It all starts from taking a first step, and if your goal is clear, you keep following that light that nurtures you, and that brightens you day after day. 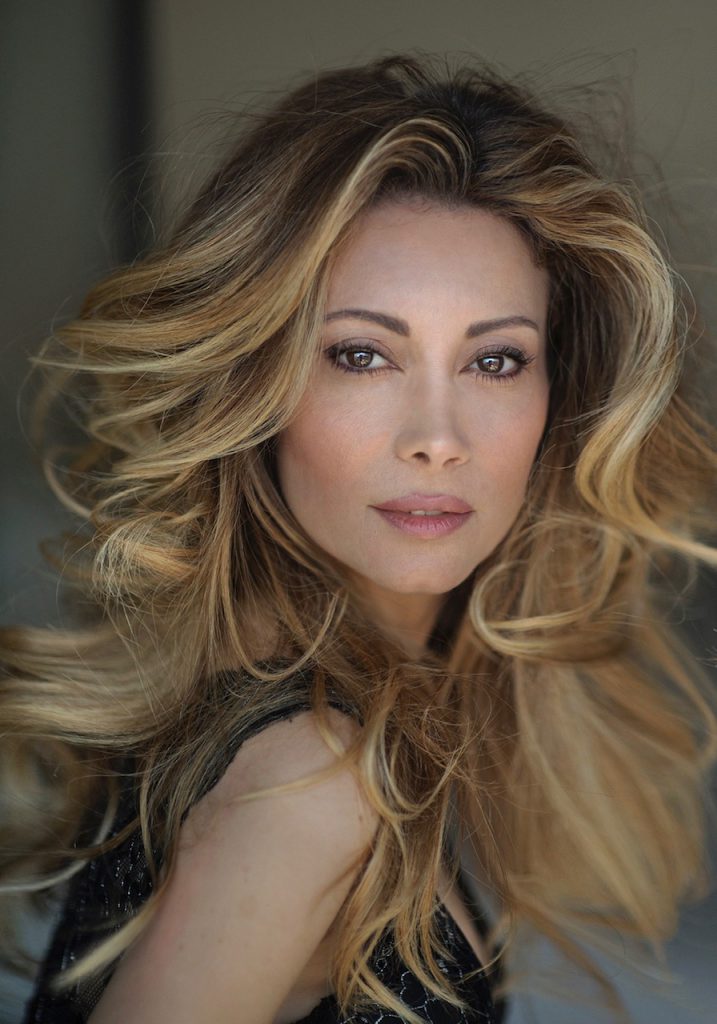 What about your projects for the future?

A lifetime would not be enough to list all goals that keep me going in every moment. A preview of my latest thriller-horror movies was just presented at the Ischia Global Festival – it is a remake of Lucio Fulci’s famous cult “Un gatto nel cervello”, a metacinema movie where I play a double role. A great challenge, and I hope it will be soon out in theaters, just like another absolutely poetic movie featuring Maria Grazia Cucinotta and Enrico Lo Verso as main actors, “Il Gatto e la Luna”. I have to resume filming a TV series in America, a spy action drama, and I am negotiating a series in Italy. In the end, although I travel around the world, the greatest satisfaction for me is always to be appreciated in my own country first, which I deeply love.

There is also a new project that I deeply care about, as it delicately explores the end of life in a documentary that I have also offered to write the script for. I have lived this striking experience with famous actor John Phillip Law, as I was close to him in his last years – I had the chance to work with him, and he was like an American father to me, my artistic guiding light. He also played the angel in “Barbarella”, and I like to think that he is the angel guiding my career and protecting me.

The resort’s sustainability starts from its building materials, which were all sourced locally and have a low environmental impact. Being welcomed and staying at this small private atoll in the middle of the Ocean is a luxury that cannot be missed
Read more
Portraits

Procida is the Italian Capital of Culture 2022

Procida, a wonderful island, characterized by the color that sometimes also dominates the blue of the sea that surrounds the small island is the Italian Capital of Culture 2022
Read more