Giuseppe Gibboni: a violin as a friend

When you meet a beautiful person, you know someone special on the fly. That frankness of gaze, that open smile, that strong, clean, authentic universe of values ​​that transpires from every word spent, from every concept expressed, and often also from what one avoids saying. The meeting with Giuseppe was like this. 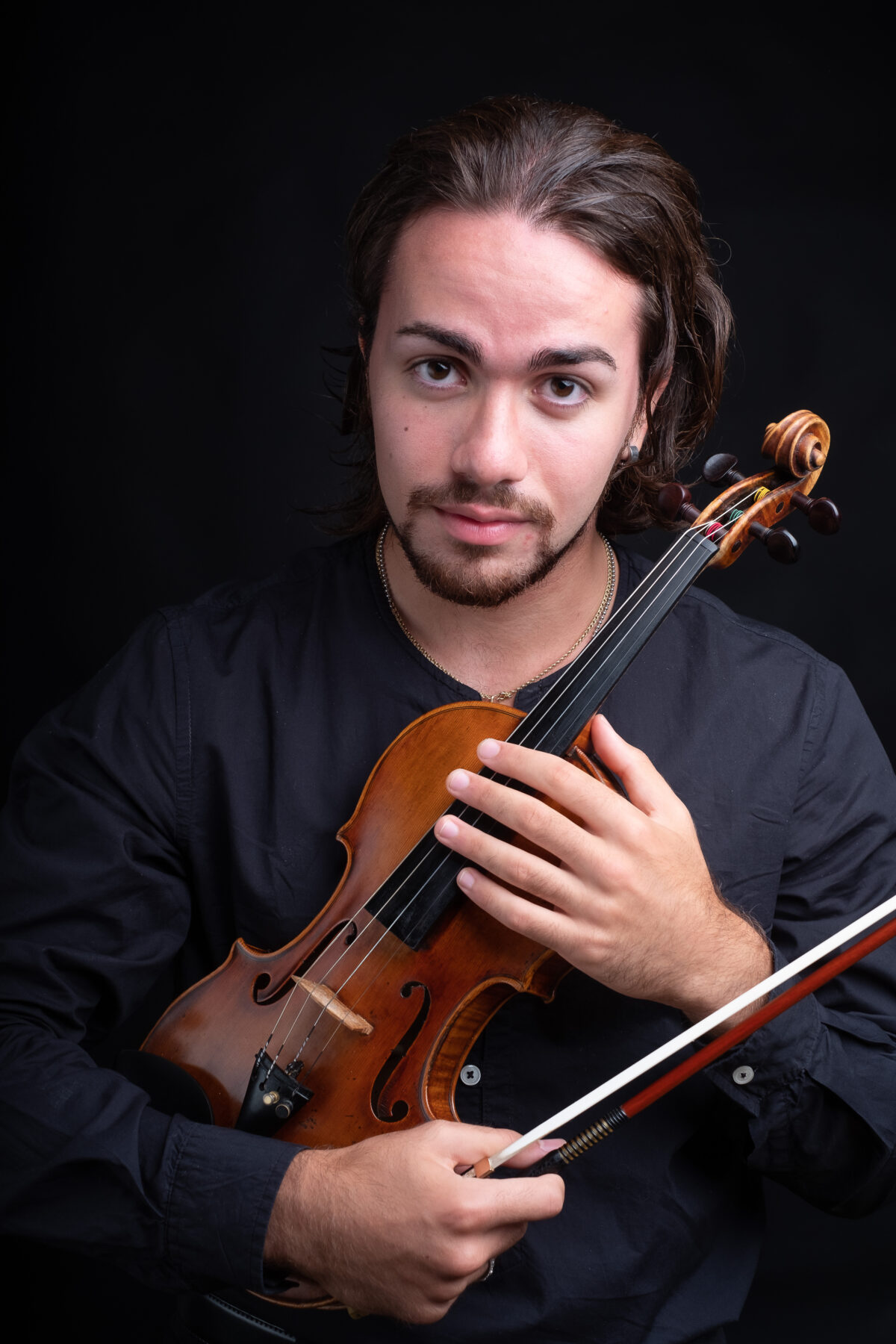 20 years of life, 17 of which spent studying the violin! A passion, that for music and in particular for the violin, which has been handed down from father to son and which Giuseppe then developed with lucky – and deserved – encounters with great masters, first of all in chronological order his father, who remains his constant point of reference, even if in the meantime Giuseppe was a pupil of great artists such as Maestro Aiello at the Salerno Conservatory, Maestro Accardo at the Stauffer Academy in Cremona, Maestro Berman at the Accademia Chigiana in Siena and currently the Maestro Amoyal at the Mozarteum in Salzburg. A long history of passion, projects, commitments and responsibilities but above all a lot of respect and gratitude for all his masters.

In October of this year, the victory of the coveted Niccolò Paganini prize of Genoa, who graduated from a world-famous violinist and who returns to Italy after 24 years of absence, transports him to the Olympus of violinists. In the history of the competition, now in its 56th edition, only three Italians have managed to write their names in the register of winners. 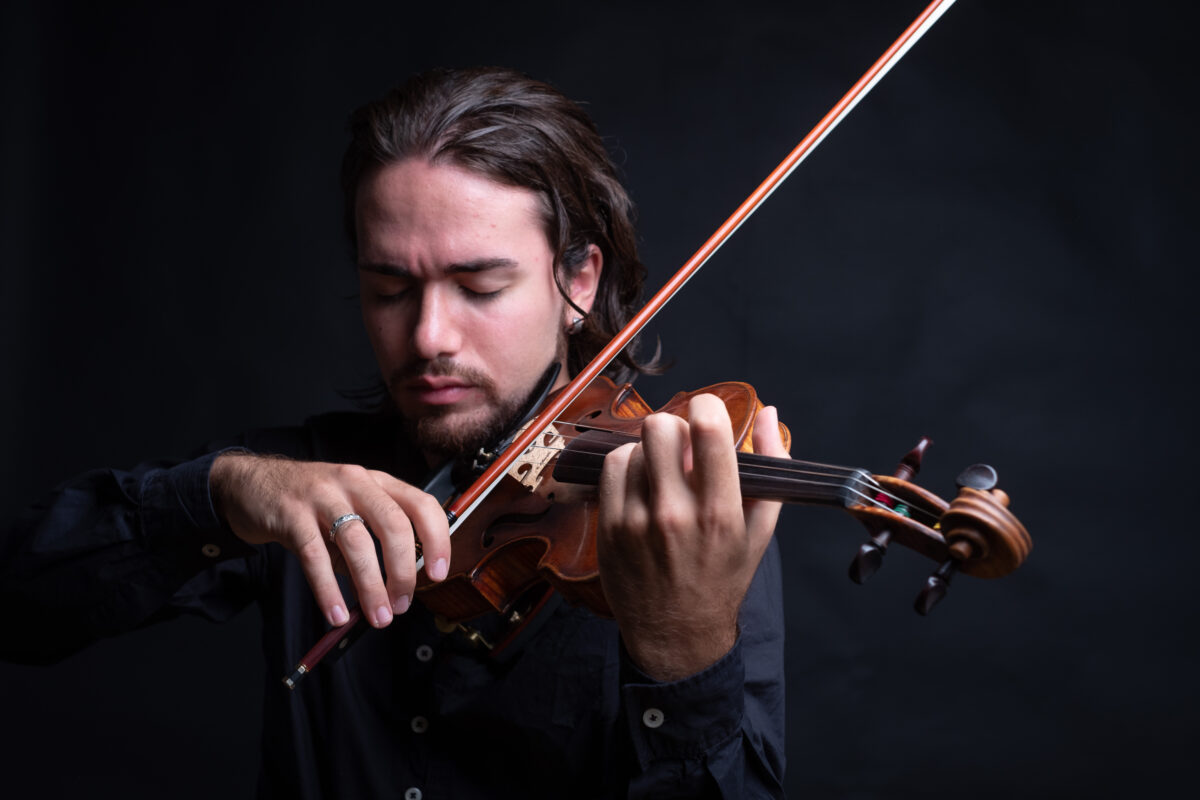 Giuseppe, what did winning the Paganini Prize mean for you?

An immense honor! I believe that my victory is important not only for me but for the Italian violin school. It is a historical prize and its roll of honor deserves to have a few more Italian violinists. I am truly honored, for me it is a huge responsibility, also because the first Italian to win it, Salvatore Accardo, was my teacher. We can say that it is a circle that closes. In reality I have yet to fully realize because I was almost overwhelmed by what happened later in rapid succession: the unexpected debut in Santa Cecilia, one of the most prestigious parterres of the Italian musical landscape and the invitation to the Quirinale by the President of the Republic Sergio Mattarella. It is not at all obvious that a young musician is invited to a meeting with the highest office in the state. This surprised and honored me very much. I am grateful to the President who has shown that he is attentive to us young artists.

Why did he surprise you?

We Italians have written pages in the history of music, we were the ones who did school, they came from all over the world to study in Italy and today, however, the best Italian musicians are often forced to work and study abroad. Not to make easy demagogy, but in Italy we could and should live only on art and culture and instead this does not happen. When it comes to music we think of Sanremo as the most important stage in Italy, with all due respect for the singing event and the artists of pop music. The first viola of the scale Danilo Rossi recently declared that in Italy, when it comes to sport, especially if it is popular like football, we are ready to welcome athletes to the Quirinale … The same does not happen for classical music artists. That’s why it pleasantly surprised me.

What can you do in your view to change this situation?

It is necessary that we return to giving music its right formative value. We must begin to know and study music from the early years of schooling. If you don’t know music, how can you love it? In this sense, I believe that the role of institutions is fundamental. I would start from here, from teaching since elementary school and I would try to restore Italy to its former glory, with prestigious schools, with the best teachers and fixed orchestras. But this is not me saying. Maestro Accardo has been fighting for the rights of music and musicians for years, all the major Italian masters are working on this, all our musicians are asking for musical training to return to schools and we must concretely work for sustainability and cultural rebirth. and music of our country, but still not enough: the support of the institutions becomes fundamental!

We are talking about music but I still haven’t asked you what music represents for you?

Music has been my faithful companion since I was 3 years old. I started studying cello and then violin at that age, I grew up with music. Mine is a family of musicians, my partner is a musician (the talented Carlotta Dalia, guitarist). Music is my passion, my hobby and my job. And I feel very lucky because I work having fun. The world of music offers many satisfactions, including economic ones, at high levels, this does not mean that it does not imply effort, commitment, continuous study and constant exercise for the artist who is rewarded by the passion that animates him. Passion is everything for us artists, a flame that feeds our art. 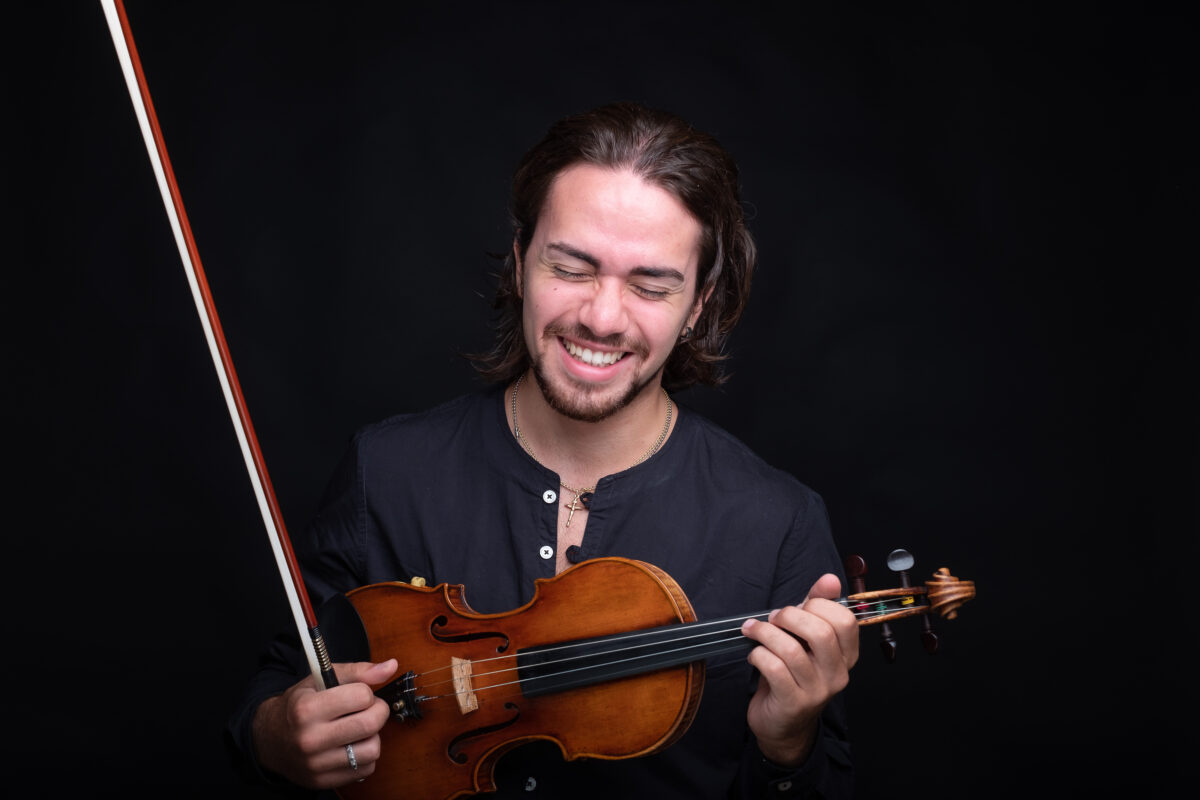 Your musical talent led you to the violin. When did you realize your hobby was turning into a job?

For me, working means feeling the responsibility of the final result. This has happened since the first concerts, just over twelve years old. Talent is a natural predisposition, of course, but without study and commitment and daily constancy, nothing is achieved.

An initiation into the responsibilities of the very precocious world of work, do you think this has stolen something from the child Joseph and then from the adolescent Joseph?

Music taken seriously leads you to make choices. It changes your life and changes your personality. I do not believe in absolute sincerity that I have lost anything and, if it has happened, I have not noticed and today I consider myself lucky with who I am and where I am. I enjoyed my childhood, I lived my pastimes, my friends. I have many hobbies and I can cultivate my passions: playing sports, spending free time, traveling. It is not impossible, I have dense days of course, but the time is there. I learned to organize myself! Music has helped me to mature, perhaps faster than the others, but I think there is also a character aspect to keep in mind.

Musician in a family of musicians, an obligatory choice, so to speak?

Growing up in a family of musicians naturally helps to move towards music, perhaps there may have been a little unconscious conditioning, but I have always felt free in my choices.

Among the fundamental things that the study of music teaches you is respect for the other, otherwise there is no harmony. This respect for me and my choices has always guided my family as well. My father was very concrete in his approach to studying, but also very good at never making the relationship between parent and teacher weigh.

20 years and already at the top: what is there for Giuseppe after the Paganini prize?

When I was a child my dream was just to play the violin, my father is a violinist and I wanted to do the same. Then I dreamed of winning an award and now I dream of being able to perform in the most famous concert halls with the most important orchestras: the Teatro alla Scala in Milan, the Carnegie Hall in New York, the Berliner Philharmoniker … given a visibility that is not easily obtained and that I am sure will help my path.

2021 ended with a long series of concerts in Italy and abroad, including that of 19 December at the Quirinale in the presence of our President of the Republic, but this new year will bring me a great opportunity: to play the famous violin that belonged to Niccolò Paganini, the legendary Guarneri del Gesù, nicknamed “my violin Cannon” by him for his exceptional sound power.

An immense emotion, it won’t be easy, but I can’t wait!