NATA: Dr. Lo Mastro continues to arouse interest in the study of national excellence. Do you reveal the identity of today’s guest to us?

NATA: North and South … the difference in transport is huge not only for passengers embarking on the “long crossings” to the south, but also for goods … so much so that it is legitimate to speak of a country for two speed. How to bridge this abysmal difference?

MARGIOTTA: Some strategic works will be financed. These also include the design and upgrading of the Salerno-Reggio Calabria, Taranto-Metaponto-Potenza-Battipaglia lines with high-speed network characteristics. The situation in the other southern regions and in the islands continues to be problematic. The connections in Calabria and Sicily must be rethought … it is not the solution to everything, but it will certainly give a strong boost to development.

NATA: What is the Recovery Fund, how it works, what is its meaning and why it is so important. Many citizens ask this. 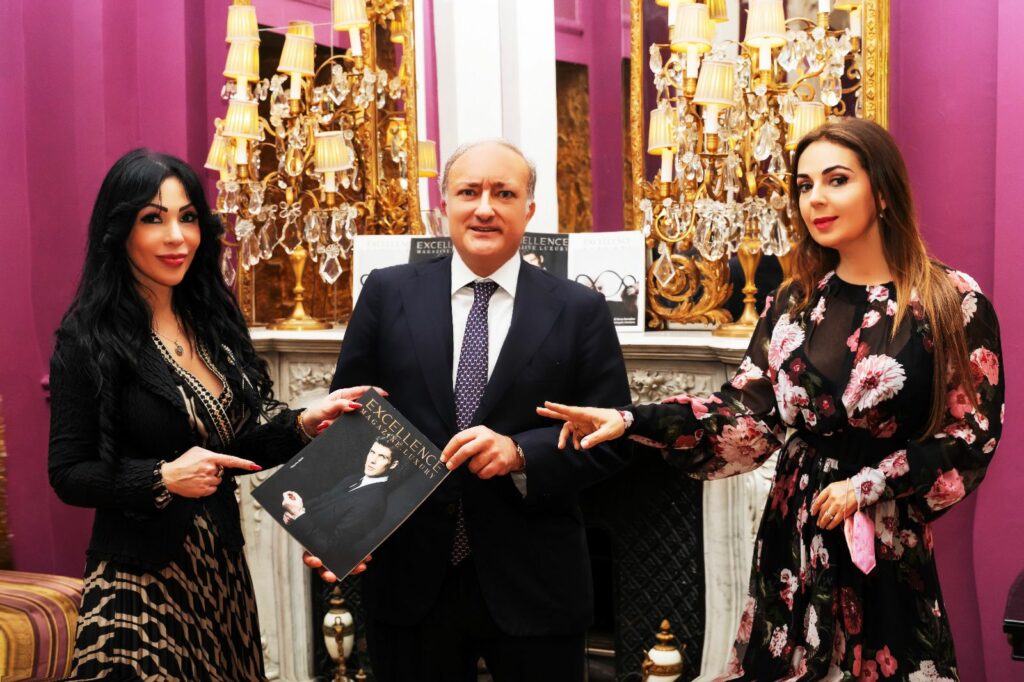 MARGIOTTA: 209 billion euros to be spent in six years, if it is not possible to allocate them in that period of time … they must be returned. Some will be invested in projects already underway, 130 billion is foreseen on new interventions to be identified as part of EU strategic programs to learn from the crisis and make the single market stronger and more resilient and accelerate the dual green and digital transition . However, we cannot think of Recovery only as an opportunity for spending, but also as a way to implement strong reforms that make it possible to invest in the best possible way to allow our country to leap in quality. There is great attention not to waste a once-in-a-lifetime opportunity for Italy.

NATA: The crises that occur unexpectedly, it is the case of this caused by the pandemic… and then the difficulties, the falls … lead to reflect and often to get up stronger than before. Does it also apply to Italy today?

MARGIOTTA: The Chinese ideogram of the word crisis contains an image that means risk and one that means opportunity. It is a classic case. We have the risk of not getting up and the opportunity to run faster. The rebound that follows the collapse, as it also happens on the stock market, we hope that it can return to an economic, social and cultural level not only like that before Covid, but even higher and more satisfactory.

NATA: Dr. Lomastro, you have the floor for the ritual question.

LOMASTRO: We conclude our meeting by asking our guest, also on behalf of the publisher Luigi Lauro, what does your excellence represent for you?

MARGIOTTA: The work of Excellence Magazine helps me to say what excellence is for me. Our country with its human, cultural and natural resources best represents the meaning of Excellence. We give these assets the right value every day. Thank you!

Alexander Belyaev, a tale through color

Belyaev Art Gallery opens to the public in Via Montebello 30 in Milan, inaugurating its exhibition activity with a monographic project dedicated to the Russian artist Alexander Belyaev
Read more
Design

COUCH-19, Tobia Zanotti realizes a pouf with the used masks

"COUCH-19" recalls the aesthetics of an iceberg: one of the most iconic symbols when it comes to global warming
Read more
Dolce Vita

Sensus Dei’s idea was born in Milan, a city which, with its tradition of fine craftsmanship and taste for beauty, inspired the two founders of the brand to create fragrances made from the finest top quality vegetable raw materials entirely produced in Italy
Read more
Load more

COUCH-19, Tobia Zanotti realizes a pouf with the used masks

"COUCH-19" recalls the aesthetics of an iceberg: one of the most iconic symbols when it comes to global warming
Read more
Dolce Vita

Sensus Dei’s idea was born in Milan, a city which, with its tradition of fine craftsmanship and taste for beauty, inspired the two founders of the brand to create fragrances made from the finest top quality vegetable raw materials entirely produced in Italy
Read more
Art & Design

Palazzo Reale: the Margaret Bourke-White exhibition extended to 16 May

With the reopening of Palazzo Reale in Milan, culture also returns to Piazza del Duomo with all the exhibitions that had been stopped due to the emergency. Among these also Prima, Donna. Margaret Bourke-White, extended until May 16, 2021
Read more

Be transported to a place of bliss and quiet at So

In the small Italian town of Polignano a Mare, in

Enjoy majestic views of the Vietnam Sea at Six Sen

20 Stars for the Swiss Restaurant from Michelin Gu