A complex profession that carried out by Dr. Isabella Zuccoli, a psychologist in the Milan Opera House of Prison.

Particularly in such a particular and unexpected period, such as that linked to the endemic pandemic experienced through the problems dictated by cohabitation that cannot be changed, even if there are new rules to be respected on social distancing.

We met Dr. Zuccoli who has just published a small book entitled “I detenuti e il Covid 19” -Prisoners and Covid 19-, in which she tells how this complex moment was experienced.

Doctor Zuccoli, a book that looks like a small vademecum of memories, written to leave a testimony that is not lost.

How did the idea for this work come about?

The idea of ​​writing this book came about step by step.

The Latin adverb pedetemptim contains all its conciseness.

In these twenty-five years of work I had never considered the concrete possibility of writing down my experience, my comments, the shares or my emotions that such a work, so different from all the others, had suggested to me.

Of course, at meetings with other professionals, the information about working in prison promoted a certain interest in others, even if only dictated by curiosity, but only in a small “community”, I could share the effort, civil responsibilities and common successes, perhaps because the space of the detention institution can be a distant space and sometimes to move away from the more frequent canons of psychological work.

Instead, following the pandemic, I found and wanted to grasp a need for my further attention and research of introspection on the meaning of this work, but also on how to do such a job.

I also noticed how much the people who were close to me were recluses, or operators of all levels, they wanted a voice to come out to tell them.

My questions received a spontaneous, welcoming response and dictated by an unexpected gratitude to those who asked questions in this regard.

Everything went smoothly, at one stage the following happened and at that, the next and here is the realization.

How was the fear of contagion experienced by the inmates?

The two waves promoted two types of responses in prisoners, the first much more aimed at themselves:

for some, the health “card” was used to access the new reward benefits that would have allowed them to leave prison, but for all the others, not knowing how the epidemic would have developed did in any case focus attention and actions towards themselves.

I remember that one of the strategies declared successful by every virologist in the fight against Covid 19 was distancing and the Prison Institution is to be considered the most antithetical to this.

The psychological support of the operators was very important in that first phase.

In the second, however, the gaze turned to the outside, to their loved ones, none of the inmates contacted in professional interviews, have never again expressed concern only for themselves, but for others outside.

An adherent structure had re-established with useful and necessary requests for that period.

What changes have you noticed in the behavior of people living in prison, but also in the operators, in the prison officers who work in the prison?

The great fear has infected many behaviors aimed at a greater attention request for everyone and not just for the prisoners.

Upon entering the Institute, everyone had to undergo the temperature measurement, which was certified through the usual and now known supports, in the tent of the Civil Protection – Ministry of the Interior located outside the detention area, by operators outside the prison.

In addition, the operators were given a visor to be affixed as an additional support to the mask, the rooms used for the interviews had fixed spacers on the tables throughout the Institute.

Dispensers have also been affixed for the use of a disinfectant in the various spaces related to more private areas, for example, at the entrance to the bathrooms.

In addition, periodically, all employees, dependent or not, had to undergo molecular and / or antigenic tamponade.

In addition, but certainly very important, a constant participation among the various actors was promoted within the Casa di Prclusion of Milan Opera, establishing moments of meetings related to the pandemic: a sort of continuous crisis unit aimed at a collaboration that it will become the useful decision-making body also in the future, when the crisis is eradicated.

In all European detention houses one of the rules applied concerned the suspension of visits and family members. What impact did this decision have on the inmates?

The great support received from meetings with family members during prison life turns out to be unimaginable for those outside this reality.

The preparation for the meeting for both the prisoners and their families, together with the possible affectionate exchanges and the reception of the preparation of the packages received by the prisoners, whether they are food or clothing, turns out to be that dedicated time that could bring him back to his family or in a situation of a “normal” exchange.

Instead, with the appearance of Covid 19, an egalitarian condition has developed for all European prison situations, all the States have arranged, in the various law decrees, the continuity of affectionate exchange, using dedicated spaces in the institutes, for the reception of videos phone calls, expanding both the number and the duration.

This allowed them not to feel excluded and to continue to be an active and active part of their family.

In the book you analyze the answers that have been given by the state, can you give us your opinion on the matter?

The Italian State promulgated a “Cura Italia” decree of 17 March 2020 which then became law in the same year, in which three articles emerge that deal with detention realities.

The pandemic has put the Prison Institution and related apparatuses under various observation lenses.

Certainly, in order to proceed more quickly in the most exquisite bureaucratic areas, the real protagonists on the field were who fully accepted the responsibilities and allowed a more streamlined flow to the new situation in place. 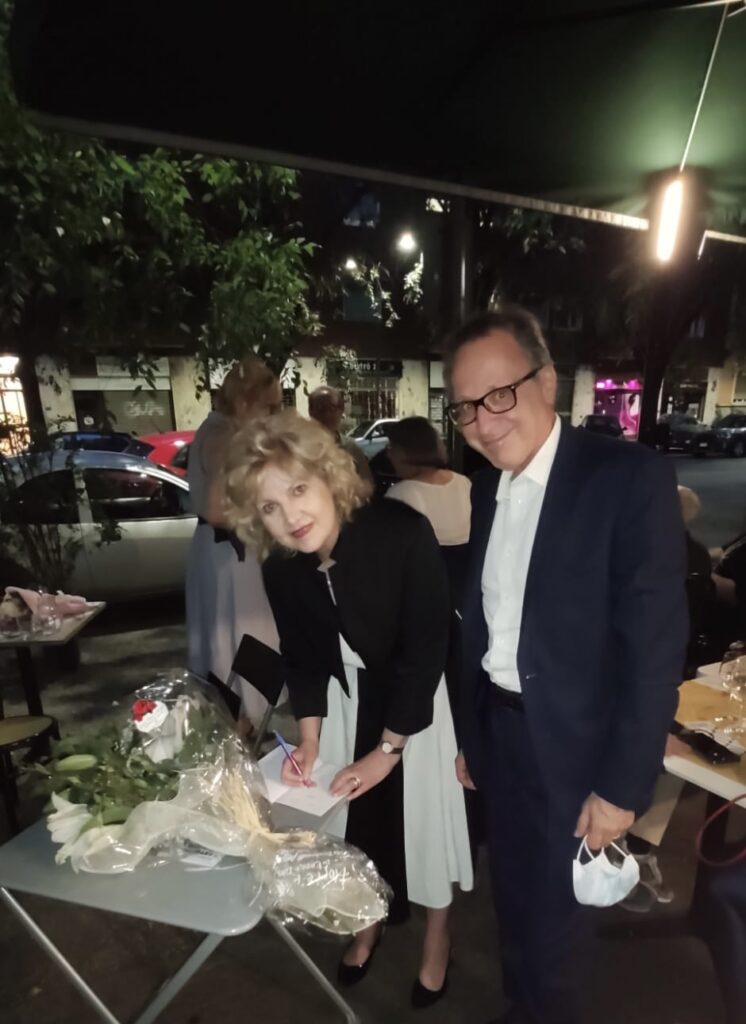 Is the book all written in the present time, a stylistic choice or a need to put the moment it was living on paper?

The present tense used in writing was not only a stylistic choice, but above all due to an overall vision linked to that pandemic period, considered unique to me, albeit with small variations on the theme.

Did the space and the time that elapse come together in a single area that should or could have turned to a goal, for me the search for a more adequate meaning, and for the others?

Isabella Zuccoli psychologist, psychotherapist and expert of the Milan Court for addictions and developmental age, consultant in clinical sexology. Orientator and trainer for group issues.

The last area of ​​focus is dedicated to sustainable mobility, in particular that of motorcycles and bicycles
Read more
Luxury & Sustainability

Bugatti: the electric turning point and the scooter

The reference market for this new vehicle could be very vast: the sustainable luxury of the Bugatti scooter is aimed at all those who want to move around the city in style
Read more