The beauty belongs to her regardless of time, models of stereotyped youth and which have nothing to do with the Monica Bellucci, intelligent, elegant and reserved woman, who became, first in fashion and then in movie, a true Italian excellence in the world, a muse for photographers, filmmakers and fashion houses. 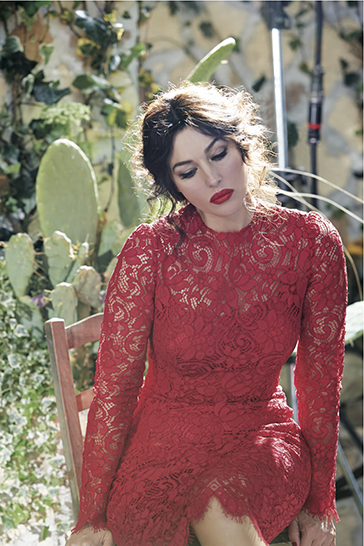 Monica is like a brand which embodies the unique style of Coco Chanel’s golden rule: “Before going out, have a look to the mirror and always avoids something”. Monica is “enough” as herself, without frills or too many words, dressed with a natural elegance that intrigues with a touch of fascinating malice, typical of the Italian womanhood. A true icon, able of crossing decades and of remaining immutable, a charm which very few succed in, yet she always appears magnetic.

The difficulty to have Monica contributes to make her a diva. Yet she refuses the term “diva” or “icon”, but she feels simply an artist in a constant personal and professional growth, who loves to work with directors from different cultures to get more and more rich her experiences. It is enough to look at her eyes to get the woman who has been able to mix beauty and talent, eroticism and maternity, and to avoid always the stereotype and the common places linked to a such beauty. For instance, in the last movie, The wonders of Alice Rohrwacher, winner of the last Cannes Film Festival, Monica plays a small and not glamour part, with a white wig and embarrassing clothes, and she makes towards the television presenters. She always avoided the gossip, taking carefully separated both her lives, the model and artist, and that wife and mother of two daughters, Deva and Leonie, born from her former husband, Vincent Cassel, married in 1999. The story of her career is very rich: very young model in the 80s, she made her debut as actress in the early nineties in the movie Vita coi figli, directed by Dino Risi, with Giancarlo Giannini. In 1992 she appeared for the first time in an English-language movie, Dracula by Bram Stoker, directed by Francis Ford Coppola, in the role of one of the three concubines of Count Dracula.

She then begins to climb the peak of the French cinema when she was chosen to work with Vincent Cassel in the thriller The Apartment (1996) by Gilles Mimouni, where she was appointed with a nomination for Best Female New Comer at César. Her reputation in the cinema began strong in 2000 when she, first, joined to the Oscar Awards, Gene Hackman and Morgan Freeman, in the thriller Under Suspicion, directed by Stephen Hopkins and presented at the 53rd Cannes Film Festival, and then, she has starred in Malèna by Giuseppe Tornatore in the role which will give her large reputation first in Europe and then in USA. After the experience abroad, she came back to Italy, where she is one of the protagonists in Ricordati di me by Gabriele Muccino, a role thanks which gave her a nomination for the David di Donatello Awards and a silver ribbon, while at the fourth edition of the Rome Film Festival she plays the role of Tosca with Andrea Bocelli in Homage to Rome, the short film signed by Franco Zeffirelli and produced by the City Hall of Rome in order to promote the image of the capital in the world. 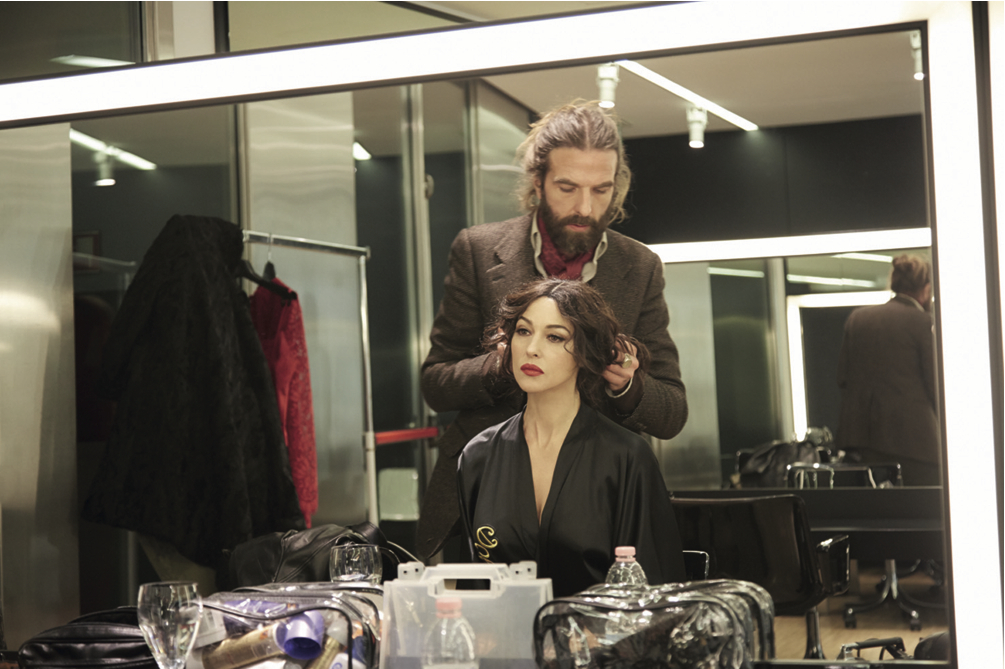 Together to the cinema, Monica never leaves her role of worldwide reputed model, and, among the other spots which she stars in, from 2012 Dolce & Gabbana began to dedicate her a limited edition collection of lipsticks, Monica Lipstick Collection, choosing it as the prototype of Mediterranean, a brunette, curvy and sensual woman with deep eyes and full lips. Classic Cream Lipstick is the last born in 2014, inspired by the Italian women of the ’50s, their elegance and irony. “When we created the Classic Cream Lipstick, we had always in mind the image of timeless Italian beauty, which Monica perfectly embodies” says Stefano Gabbana, sealing the uniqueness of her lifelong friend, the model of the early years of Dolce & Gabbana, the perfect representation of Italian women in all the nuances. The natural charm, her unforgettable lips, her smile, always underlined by a thin layer of lipstick and make-up, the flawless secret which is typically Italian. The femininity of Monica strongly dominates in the exhibition Forma e Desiderio, at Palazzo Reale in Milan from November 21st to February 22nd 2015, dedicated to The Cal, the legendary Pirelli calendar: among the 200 shown-off pictures by all the calendars. Monica Bellucci catches the eye together to the most beautiful top in the world. But Monica is a real woman who does not feel of stopping, and she continues to choose not simple professional challenges, as her last coming soon movie, On the Milky Road, shot in Bosnia and directed by Emir Kusturica, a Serbian director that was twice winner of the Palme d’Or at Cannes. She is a woman who wants to change her identity to begin again during the period of the war. And it seems a very clear metaphor for the desire of Monica, beautiful fifty years old, to find new ways and to get involved. The real Monica is one of those timeless classics who, by changing a quotation from Italo Calvino “.. never stops to say what she has to say”.