The Sforzesco Castle an icon of Milan

The Sforzesco Castle, one of the most important monuments of Milan, has experienced long construction events, brutal demolitions, reconstructions, embellishments and restorations, becoming a symbol of the historical – happy and dramatic – moments of the city.

Born as a defensive fortress in the years between 1360 and 1370 at the behest of Galeazzo II Visconti, what the citizens considered the “fortress of tyranny” was damaged upon the death of the last Duke Filippo Maria Visconti, when Milan proclaimed itself the Ambrosian Republic. the Sforza, who took over from the Visconti, made it a noble residence and, starting from 1499 with the French occupation, the Castle became the scene of battles, sieges, occupations, looting and destruction by different dominations. 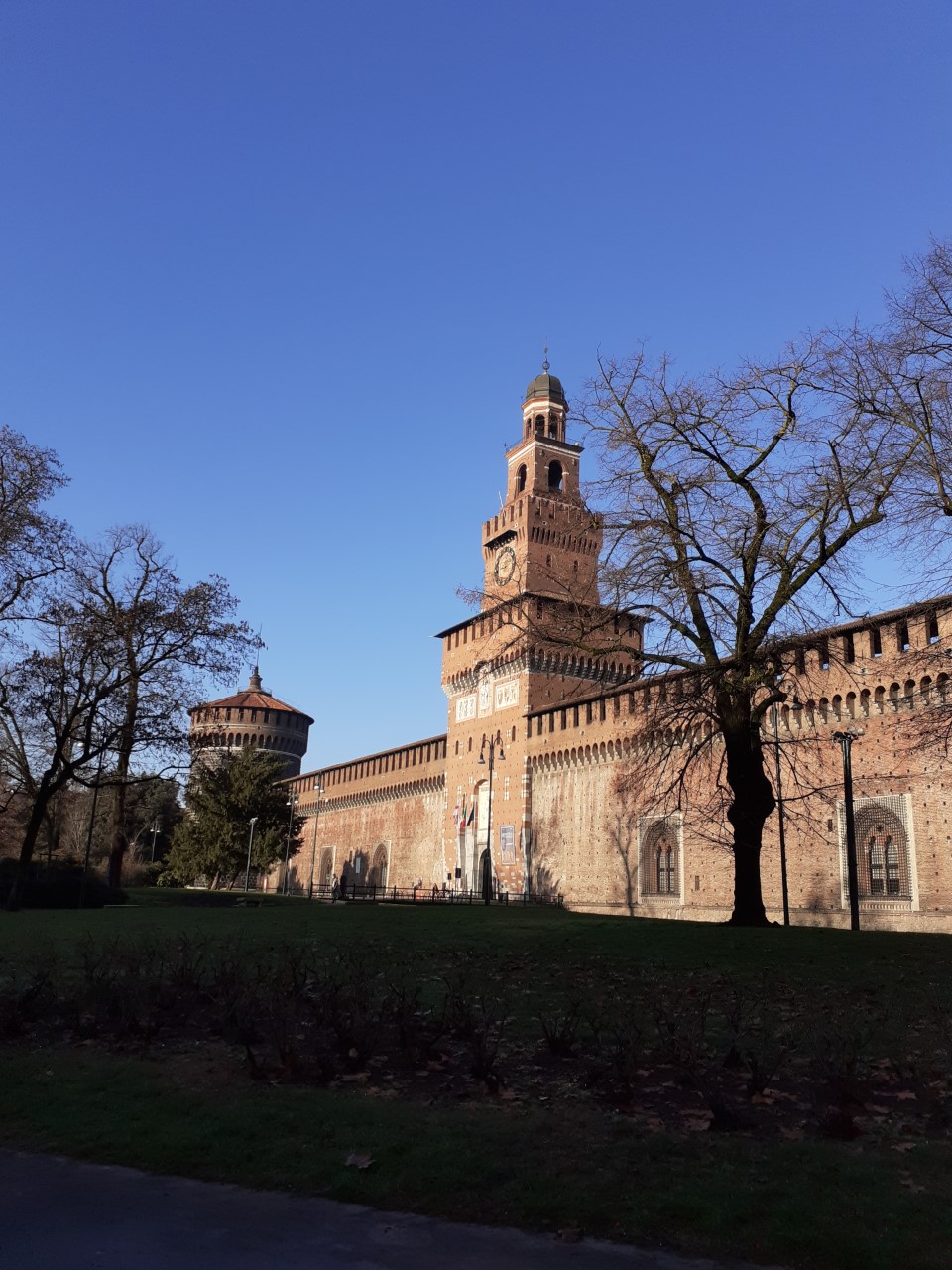 Having become a fortification (among the largest in Europe) with the Spanish domination, the building maintained, for the following centuries, a strictly military function and was fortified on several occasions until the arrival of Napoleonic troops in 1796 who tried to dismantle its defenses. imposing

Seat of the Austrian garrison during the Five Days of Milan (18-22 March 1848), the Castle is fatally a place unpopular with the people and – once passed to the Italian army – left in a state of great neglect and used as a barracks and stable.

It is only in 1893 that the recovery of the Castle begins, through a complex restoration and restoration work under the direction of the architect. Luca Beltrami. But if the Milanese were about to destroy the Castle, as an emblem of tyranny, the Milanese themselves are rebuilding it as a symbol of regained freedom! The entire citizenship of Milan, in fact, participates in the public subscription to restore the complex to its ancient splendor. The structures not belonging to the original factory are canceled and the ancient traces are investigated. vocation to rise up. 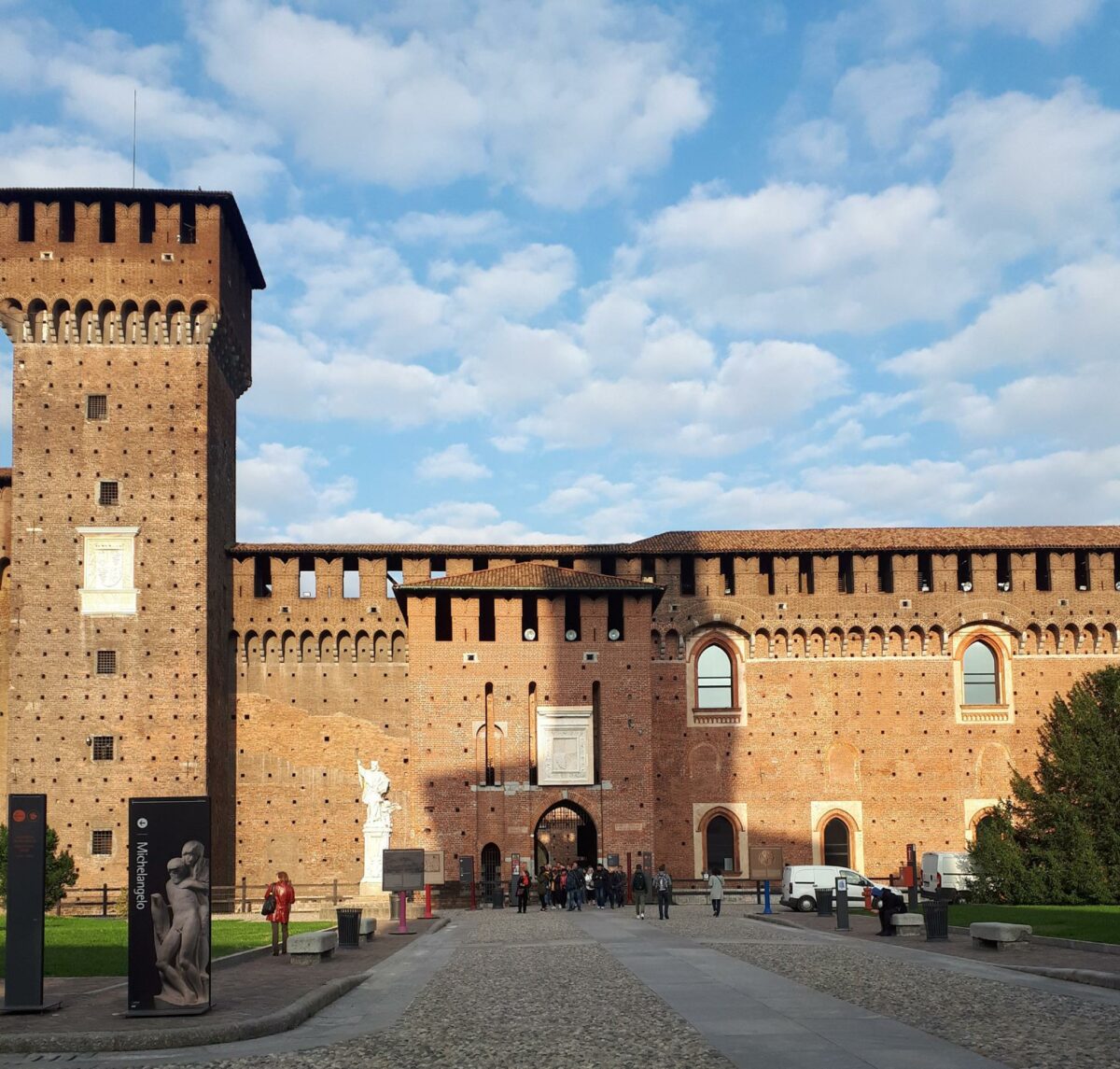 Dr. Salsi seems to have chosen Milan as the keeper of its treasures… how does this close relationship with the Castle and its collections arise?

I am a born collector and as a child my father used to accompany me to the postage stamp market, which was not far away, since then the Castle fascinated me with its high and austere walls and its moats.

My fantasy imagined the adventures of chivalry within the walls, the battles fought; a fascination that persisted even as an adult, when then, by singular destiny, I started my job right here as a curator. It is true what you say, Milan has called me to itself with her Castle, which has now become an integral part of my life, at least of the public one, and I have responded with enthusiasm and passion to her call.

The Sforzesco Castle was born as a defensive work, it also became a Renaissance court, of course, but for centuries its intended use was military, a symbol of the often violent dominations that have characterized the history of Milan and Lombardy. 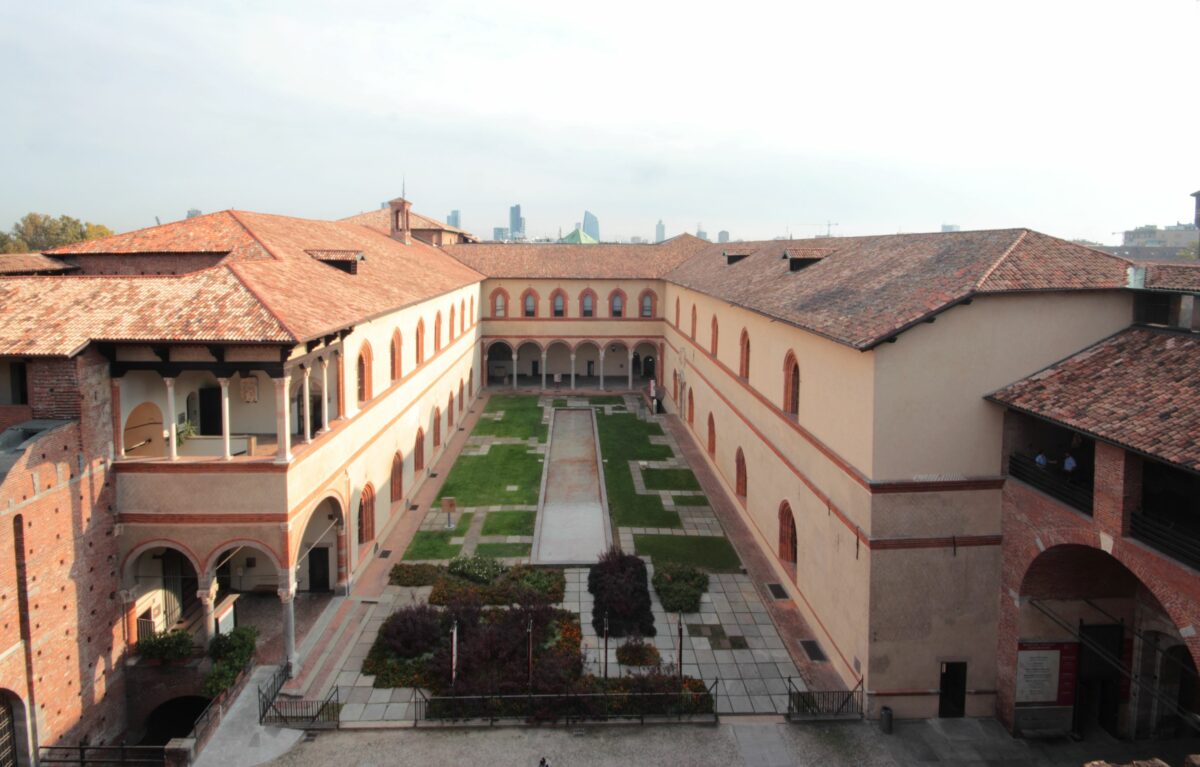 Furthermore, the structure of the castle strongly affects the usability of the spaces. It is certainly a difficult place to visit, organize and manage, a jewel that is shown only to those who undertake to enter into their visit.

However, these characteristics, which could be understood as critical areas, have become strengths. Its conformation to courtyards attracts a lot of Italian and foreign tourists who are perpetually looking for original, curious, characteristic places and the Castle offers them with plenty of hands!

For the Milanese, on the other hand, the Castle has always been an urban space of transit, of appointments and why not? of happy “bigiate” for our students, but if you just enter the corridors and halls of the castle, the magic happens! In front of our collections, among the most important in the world, in front of the works of Lotto, Bellini, Canaletto, Correggio, Leonardo and Michelangelo, just to mention some of the best known artists, the eye of the tourist, citizen or foreigner who be it, be enchanted! We could say that our artistic offer, so varied, is the synthesis of the richness of the Milanese cultural offer.

How do you promote the Castle to the citizens?

Certainly making it attractive as an urban space and opening it to public and private events. Let’s just think of the Sforza Summer program with cycles of shows, music and dance or Bookcity, to name the major ones, but perhaps not everyone knows that some spaces of the Castle can be used for certain private events, for a fee! We also have a very active program of activities and school workshops, we discover the secret paths of the Castle together with our art historians.

Last but not least, we organize exhibitions. The Milanese public is very fond of exhibitions and attends them assiduously; in this way it also comes into contact with the permanent collections which, at times, taken by the often frenetic tasks of our daily life, we tend to leave out. 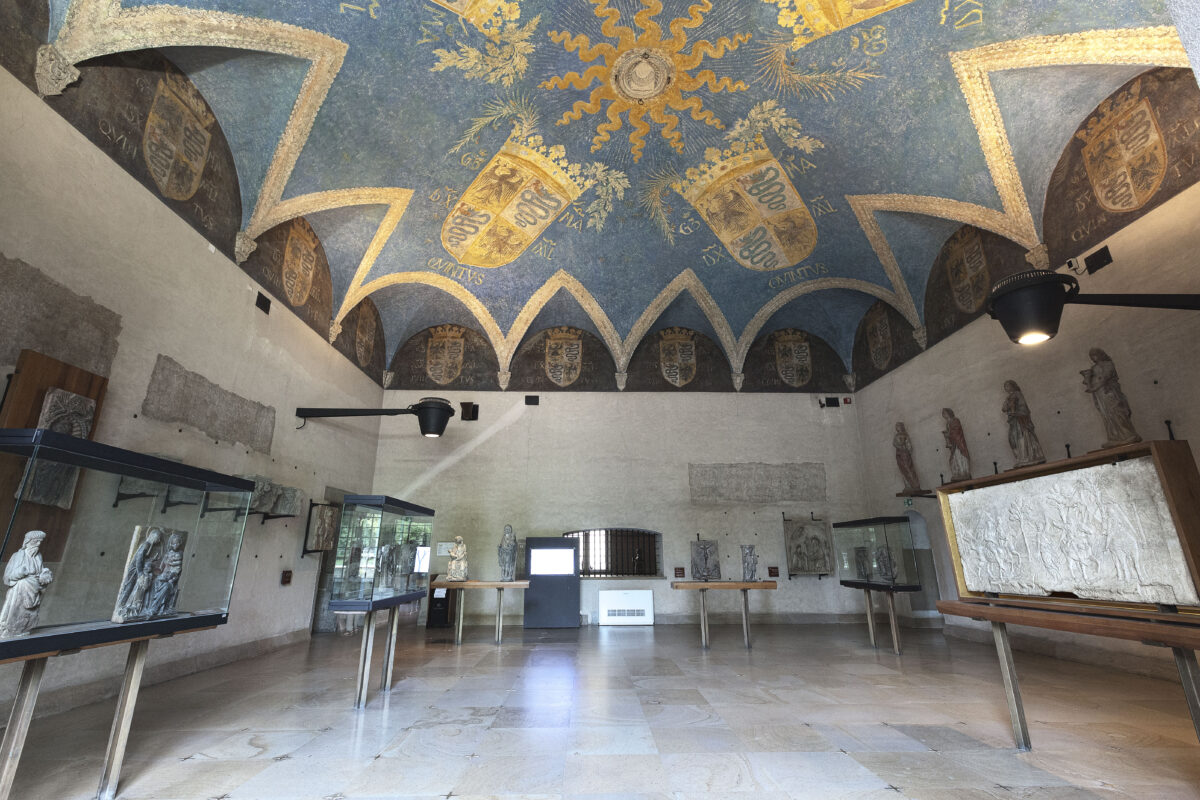 This is what we did, for example, with the exhibition that I personally curated WOOD SCULPTURES IN COMPARISON FROM THE DUCAL CITIES OF VIGEVANO AND MILAN, conceived as a natural continuation of the exhibition “The Body and the Soul. Italian Renaissance sculptures from Donatello to Michelangelo” made with the Louvre Museum. Its location within the museum itinerary of the Castle favors dialogue with the permanent collection exhibited at the Museum of Furniture and Wooden Sculptures and with the Trivulzio Tapestries of the Months. Furthermore, to make our collections more attractive, we have improved their display lines, making them more usable and interactive.

Symbolic value and artistic value what prevails in the Castle?

Undoubtedly its symbolic value is very strong! The Castle is the symbol of civil Milan, which falls and rises, which destroys tyranny and rebuilds freedom. The skyline of Milan is inseparably linked to the silhouette of its Castle which, like the silhouette of the Duomo, immediately identifies it; it is no coincidence that the two Milanese icons, civil and religious, face each other. But the artistic value is not far behind! Let’s just think of the museum created for Michelangelo’s marvelous unfinished piece, the Rondanini pieta! Not to mention Libraries and Photographic Archives, Prints and Drawings! The Castle is extremely representative from an artistic point of view. 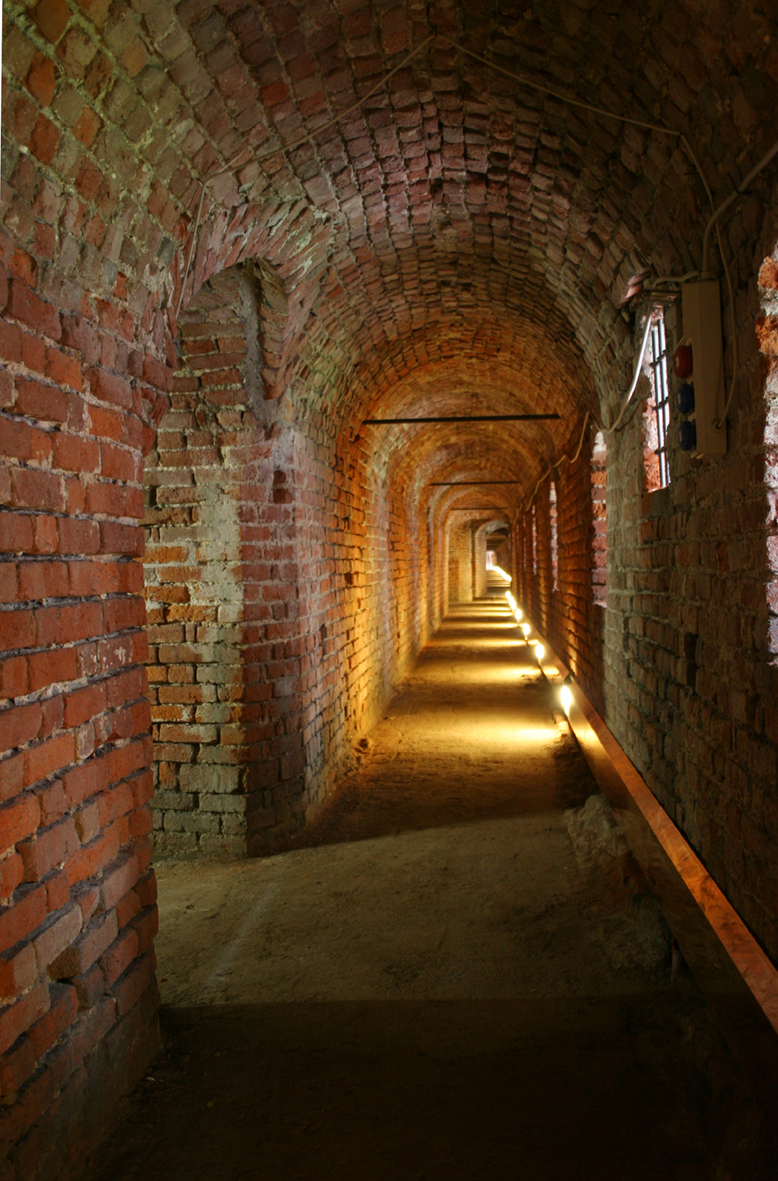 Imagine having a magic wand: what further magic would it do for our Castle?

To do our best work, the magic wand is already made available to us and is called listening. Listening to the needs of visitors and tourists and meeting their requests: this is the real magic! For example, one instance that we take is that of widening the itinerary on the battlements of the Castle and from there being able to embrace the panorama of the whole city with a phenomenal glance, as well as retracing the famous covered road in a considerable extension. Well I can say that, with due precautions, we will try to perform this spell as well.