What Sparks a Passion: the Love of Writing in the Words of Giorgio Lupo, Author of “La Tana del Polpo”

What do an oxymoron and a police commissioner have in common?

Apparently nothing, but if it is true that an oxymoron is an apparent paradox, and if the commissioner goes by the unusual name of Placido Tellurico, this is where the common elements can be found.

“La Tana del Polpo” is the debut crime novel by emerging writer Giorgio Lupo, unfolding in the provincial, torpid atmosphere of that Sicily that readers have learned to appreciate as the setting of brutal crimes in works by great Italian authors like Sciascia, Camilleri, or more recently, Savatteri.

Quite a challenge for a young writer, an emerging crime novelist, to be competing with such famous, eminent writing fellows. And yet, when he tells us all about it, Giorgio is smiling, relaxed and laid-back, with a breeze from the Sicilian sea ruffling his hair. 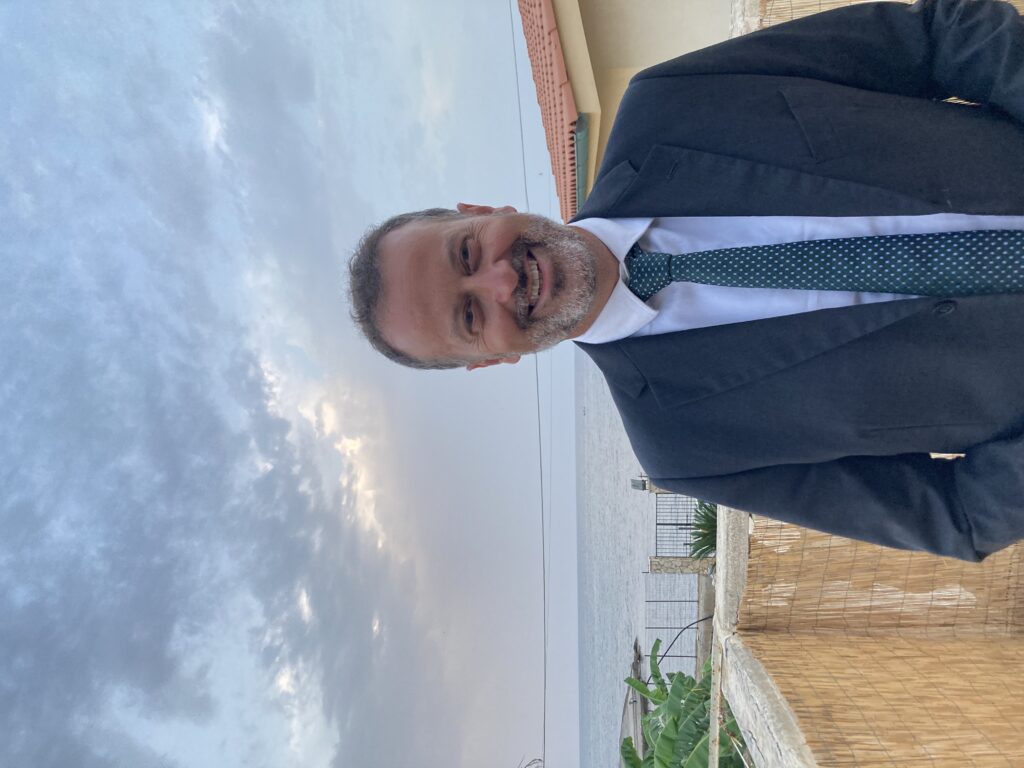 Giorgio, what sparked your passion for writing?

I do not think I have ever really realized having a passion for writing. For reading, no doubt! Since I was a child, I have been an omnivorous, curious reader. Reading was my way to try and soothe the apprehension that has always been a part of my personality. Only when I started writing, though, was this apprehension partially quenched. Writing is what I lacked, and it is has given me that feeling of fulfillment that I had been looking for.

When did you start writing?

“I could say in elementary school, when I won a contest for best composition!”, says Giorgio slyly, then he goes on: “ I remember being a child proud of his work who got infuriated and cried out of anger for the malevolent comments of teachers who did not believe my composition to be all me. That was my first little taste of the joys and sorrows writers expose themselves to. But the real beginning of my writing was eleven years ago, after a July spent frenzily reading, when I started writing down what I thought was a good story.

The fact that there was no story nor the ability to tell one was crystal clear to me when I read the comments by the editor I had entrusted with assessing my narrative. However, I owe that disastrous debut so much, because it gave me the chance to get to know an extraordinary person, a highly professional editor – Franco Forte.”

How did you manage not to lose heart after such a slating?

You see, I realized that if you aspire to be a writer, you need to be two crucial things – extremely self-confident and deeply humble. You need to be able to accept criticism, failure, advice, but at the same time be motivated and self-confident enough to know you can do it. Over the years, I learnt to take in any criticism and follow other people’s advice, like those I received in this case: if you do believe in this book, write it again from scratch! If not, practice writing, study, take courses and take part in contests with a competent jury.

I decided to follow this second advice, so I read creative writing manuals, attended course to refine my style, and sent some stories to the Writers Magazine Contest, a contest whose winners have then been successfully published over the years. After some vain attempts, I won it with “A Manacorda” in 2019, and right after that, I also won the Racconti Tricolore contest in Pescara. That is when I truly started to believe in it.

“A Manacorda” is a historical short story, whereas “La Tana del Polpo” is a crime novel. What made you change course?

I actually picked up the gauntlet thrown down by Vincenzo Vizzini, a writer for Mondadori whom I owe much of what I know about writing. He invited me and the other students from his creative writing course to take part in Giallo Cattolica, one of the most important contests in Italy. I had never written crime novels nor did I think I would be able to, but once again, reading came to my aid. For months, I read (or listened to on Audible in my car) nothing but crime novels, trying to grasp their structure, techniques, and stories. I did not make it to finals in that first contest, but a few months later, I placed third in Giallo Piccante, held in collaboration with Giallo Mondadori.

What makes a good crime novel?

Writing crime is a game between writers and readers. A subtle game, but always fair. Writers have to disseminate their books with clues to be collected at the end, plus false leads to floor readers. Crime readers are real experts, they are not easily distracted when they sense a lead, you need to be extra smart in order to surprise them with an unexpected, but credible outcome. You always have to respect readers, who should be able to read back and retrace the clues you left.

For the Giallo Mondadori series, a new short story of mine about Placido Tellurico [Editor’s Note: the police commissioner playing the main character in “La Tana del Polpo”] is coming out in August.

By December, I will have to complete three more short stories that will be featured in as many writing anthologies, alongside several eminent authors who have already won the Premio Tedeschi, the most prestigious crime novel award in Italy. These short stories will be a chance to focus on the secondary characters that move around Tellurico, which I could only partially do in “La Tana del Polpo”.

The latter has been receiving amazing reviews. Placido is said to be an outstanding character, with his own unique identity. I am so happy about this.

My secret dream is to pick up my short story “A Manacorda” again and make a historical novel out of it. I do not feel ready for it yet. I can feel I am growing, I can see my writing change, and maybe the right time to start working again on it will come soon.

For now, I am committing with all my heart and soul to my new creation, the Termini Book Festival, launched last year and scheduled for early September this year in Termini Imerese.  I have devoted all of me to this project, and many patrons have believed in it. I call them patrons because all partners involved  share the Festival’s ultimate purpose – to embrace culture and beauty. Without their support, this Festival would never have happened!

In these days, Termini Imerese becomes an enclave of beauty, an exchange of experiences, a contamination of different arts. It truly feels like the world could work better through beauty and art. The Termini Book Festival becomes the square where artists from different streets meet to thrill and be thrilled.