Earth 300: the eco-sustainable super yacht to study the oceans

It looks like it came out of a science fiction movie but instead the project of this superyacht is real and we will see it in 2025.

What is at the basis of Earth 300 is a vision: to unite scholars, scientists, designers, VIPs and people with many-zero heritage in an ultra-luxury journey with a very specific purpose, to save the environment. 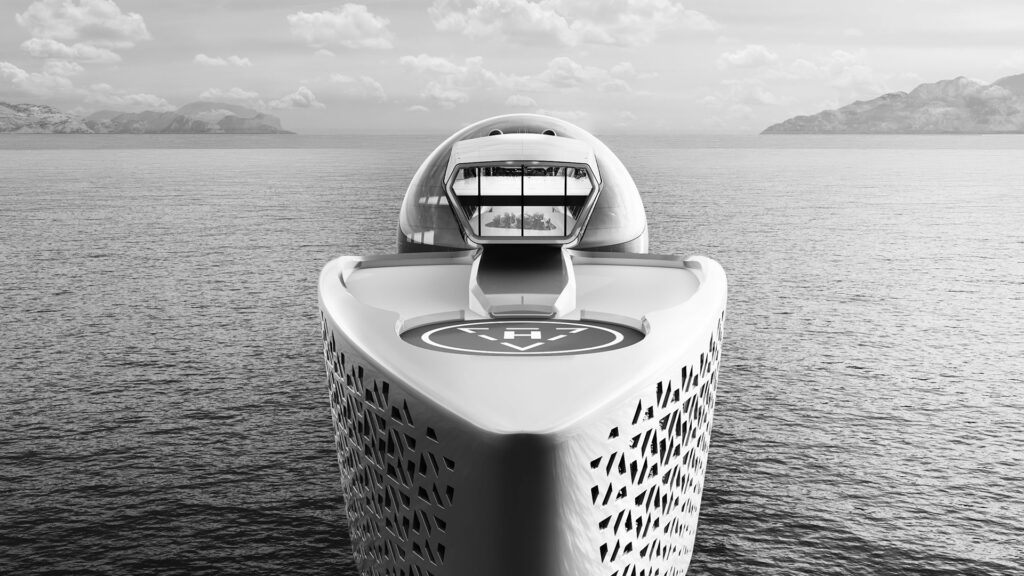 The project of this incredible yacht boasts record numbers: three hundred meters in length by over sixty meters in width; Earth 300 aims to even beat the Titanic.

The surprises do not end there: the ultra-luxury yacht will be powered by a very special system; in fact, we want to resume a technology based on nuclear power, that of molten salt reactors (MSR).

This particular technology has already been tested in the past and then abandoned; Earth 300 will be completely carbon free and these reactors will guarantee low costs.

The primary purpose of this particular boat will be to raise awareness on environmental issues: the yacht will sail the oceans and collect data, do research and raise public awareness on the state of health of the planet.

From the images of the renderings presented, the structure of Earth 300 will be characterized by a particular sphere: this will be the real heart of the ship, a “city of science” declined on 13 floors in which thousands of scientists will devote themselves to research.

The luxurious boat has also seen the contribution of Italian names in the world of luxury and design, such as Matteo Atti di VistaJet or Giulio Ceppi, designer and professor at the Milan Polytechnic, or even Francesco Galli Zugaro, the founder of luxury cruises. by Aqua Expeditions.