Closely observing the evolution of electric mobility, understanding the new technologies that develop hand in hand with a growing attention to environmental sustainability: with this mission, Villa d’Este Style Electric Yachting was born, the appointment made by Villa  d’Este in collaboration with the Alessandro Volta Foundation and the Ernesto Riva Shipyard and in partnership with BMW, a precursor of sustainability in the automotive industry and committed to developing a coherent strategy for a future respectful of the planet.

Now in its second edition, Villa d’Este Style Electric Yachting aims to spread a new awareness, increasingly eco-friendly and aimed at protecting the environment. The search for a lower environmental impact, in the context of the ecological and technological transition underway, was the source of inspiration for this project.

Villa d’Este and Lake Como will again be the “Point of Volta” of technology dedicated to boating but also the spokesperson for a broader reflection on the situation that characterizes electric mobility today. These topics will be addressed on the afternoon of Saturday 17 September in a round table entitled Electric mobility lake: state of the art and future, which will see the participation of some of the most renowned experts in the sector, including: Luca Levrini, President Alessandro Volta Foundation; Bernard D’Alessandri, General Secretary of the Yacht Club de Monaco; Stefano Besseghini, President of the Regulatory Authority for Energy, Networks and the Environment; Paolo Mazzucchelli, Lakes Navigation Technical Director; Carlo Botto Poala, Marketing Director of BMW Italia; Mauro Guerra, President of ANCI Lombardia (National Association of Italian Municipalities); Pierluigi Coppola, Polytechnic of Milan; Nicoletta Molinari, Vice President of ACSM AGAM and Giovanni Chighine, Head of the Energy and Smart Technologies Business Unit of ACSM AGAM. 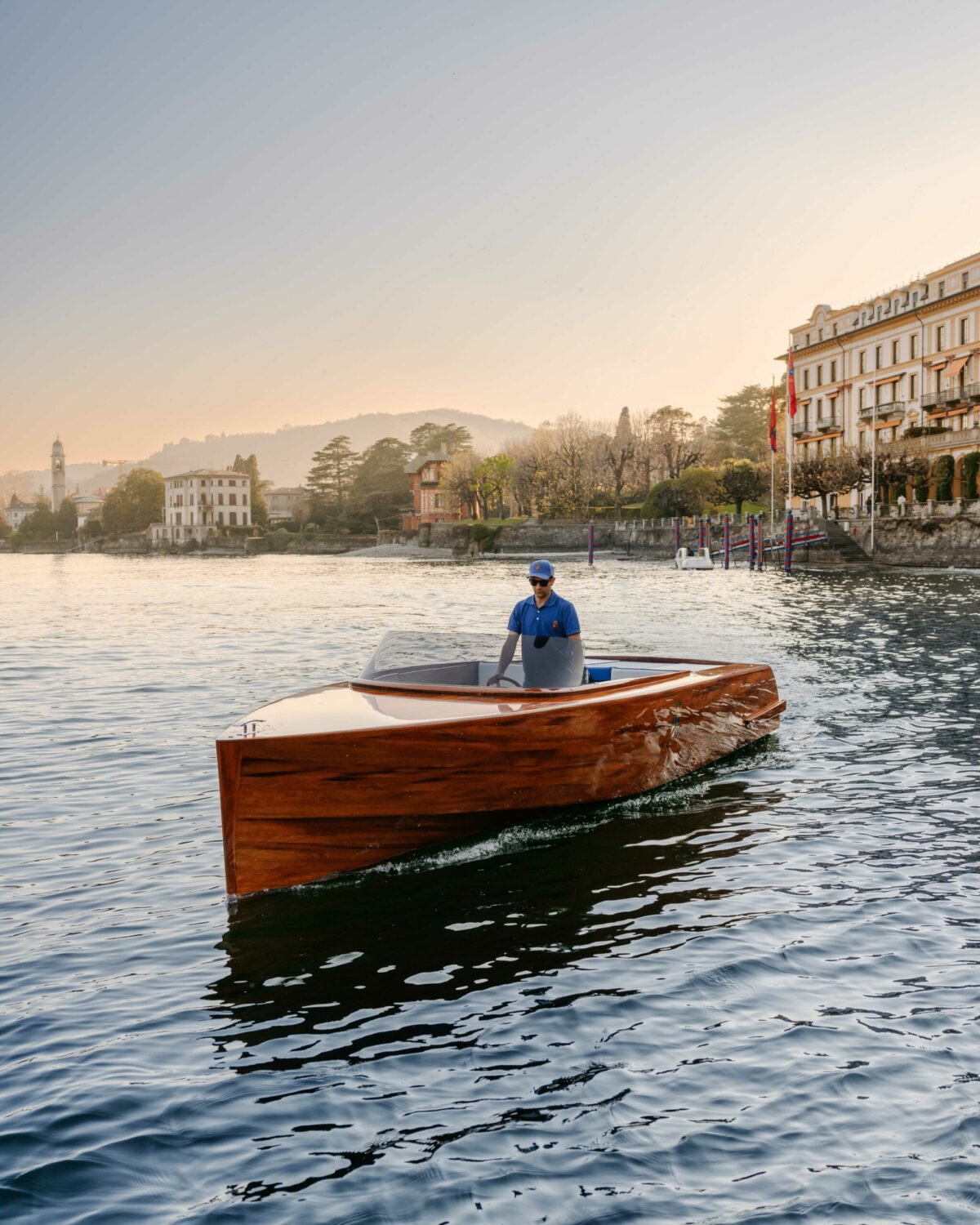 The round table will be moderated by Francesco Condoluci, journalist, editor-in-chief of the Economy and communication consultant for the Presidency of the Senate and introduced by Matteo Cristina, CFO of the Villa d’Este Group; institutional greetings from the Municipality of Como and Marco Galimberti, President of the Como-Lecco Chamber of Commerce will follow.

Villa d’Este Style Electric Yachting offers us the right motivation to commit ourselves concretely in the field of sustainability. Hotel guests have the opportunity to explore the surrounding beauties aboard masterpieces that combine technology and tradition, just like the E-Next Villa d’Este runabout, presented at the last edition of the event

2022 marks an important milestone: 150 seasons of hospitality of the highest level, where historical charm is intertwined with culture and art. An important heritage to be preserved and projected towards the future, with a growing focus on safeguarding our territory; in this context, electric mobility represents a fundamental element

Villa d’Este Style Electric Yachting will open in the morning with a moment of navigation of the participating electric boats to the city of Como, to pay homage to the Volta Temple.

The Ernesto Riva Shipyard will show the different expressions of Larian electricity, the result of a five-year experience, developed together with the ER Innovation company: from Lucia, which combines the most ancient tradition with electric motorization, to the Vaporina Elettra, spacious, functional and silent, to the latest E-next Ernestino models, in open configuration, and of course Villa d’Este, elegant host, presented in 2021 on the occasion of the first edition of Electric Yachting and now at the service of the hotel for new sailing experiences.

After the first Swiss and Italian contacts last year, this year also the Swedish Candela through ABC Boats, the Spanish Magonis and the Monegasque Vita Power will be on the Lario, all names now well known to the public interested in zero emissions that will bring very different examples. among them demonstrating the internationality of the topic addressed and the chosen location.

The new BMW iX M60 – the electric flagship of the BMW Group – combines the concept of a vehicle strongly oriented towards sustainability with the design of a modern Sports Activity Vehicle and driving dynamics at the highest level. In this way, the vehicle embodies the best of three worlds BMW i, BMW X and BMW M GmbH. With an output of 455 kW / 619 hp, a maximum torque of 1,015 Nm in Sport mode and 1,100 Nm with Launch Control activated and M-specific suspension set-up, it creates a unique experience in the world of mobility without local emissions. Thanks to its technological highlights, which also include autonomous driving, operation and connectivity, the new BMW iX M60 represents a new concept of cutting-edge luxury, level performance and premium character.

The new BMW 7 Series opens up revolutionary paths to the pleasure of driving, thanks to unsurpassed comfort over long distances and a digital experience at the highest levels. The design of the front of the new BMW 7 Series presents the typical characteristics of the brand, but keeps the distinction between the new luxury model and the rest of the BMW range clear. For the driver, the new 7 Series is a seductive and snappy sedan, while rear seat passengers can relax in an extremely comfortable and comfortable environment. In November 2022, the 7 Series range will debut with the purely electric new BMW i7 xDrive60 (combined electricity consumption in the WLTP cycle: 19.6 – 18.4 kWh / 100 km; CO2 emissions 0 g / km; figures in the NEDC cycle ) to be subsequently completed with internal combustion engines.

Villa d’Este, which this year celebrates its 150th season, is the iconic 5-star luxury hotel located in Cernobbio, on Lake Como, part of Villa d’Este Hotels, a reference point in international luxury hôtellerie and member of The Leading Hotels of the World. The Group also includes the five-star Villa La Massa, on the banks of the Arno, and the two four-star Palace Hotel and Hotel Barchetta Excelsior, in the center of Como and overlooking the lake. Considered one of the most beautiful expressions of architecture of the mid-sixteenth century, transformed into a hotel in 1873 and immersed in a 10-hectare park, Villa d’Este is a symbol of timeless luxury and eternal elegance. It offers 152 rooms and suites divided between the Cardinal Building and the Queen’s Pavilion and 4 private villas. Villa Belinzaghi was recently acquired and will undergo a complete restoration.

Villa d’Este offers three restaurants: the elegant Veranda with its refined cuisine, the Grill for more informal dinners and Il Platano, open in the summer months, with a casual atmosphere. In addition to the Canova Bar and the Sundeck, open in the summer. The hotel also includes the Beauty Center and Sporting Club with heated indoor pool, gym, sauna, Turkish bath, squash court, electronic golf, putting green, fitness trail and 8 tennis courts. The famous floating pool on the lake is heated and, not far away, there is one dedicated to children.