IX Principality of Monaco Trophy Vintage Sails in the Lagoon

IX Principality of Monaco Trophy Vintage Sails in the Lagoon 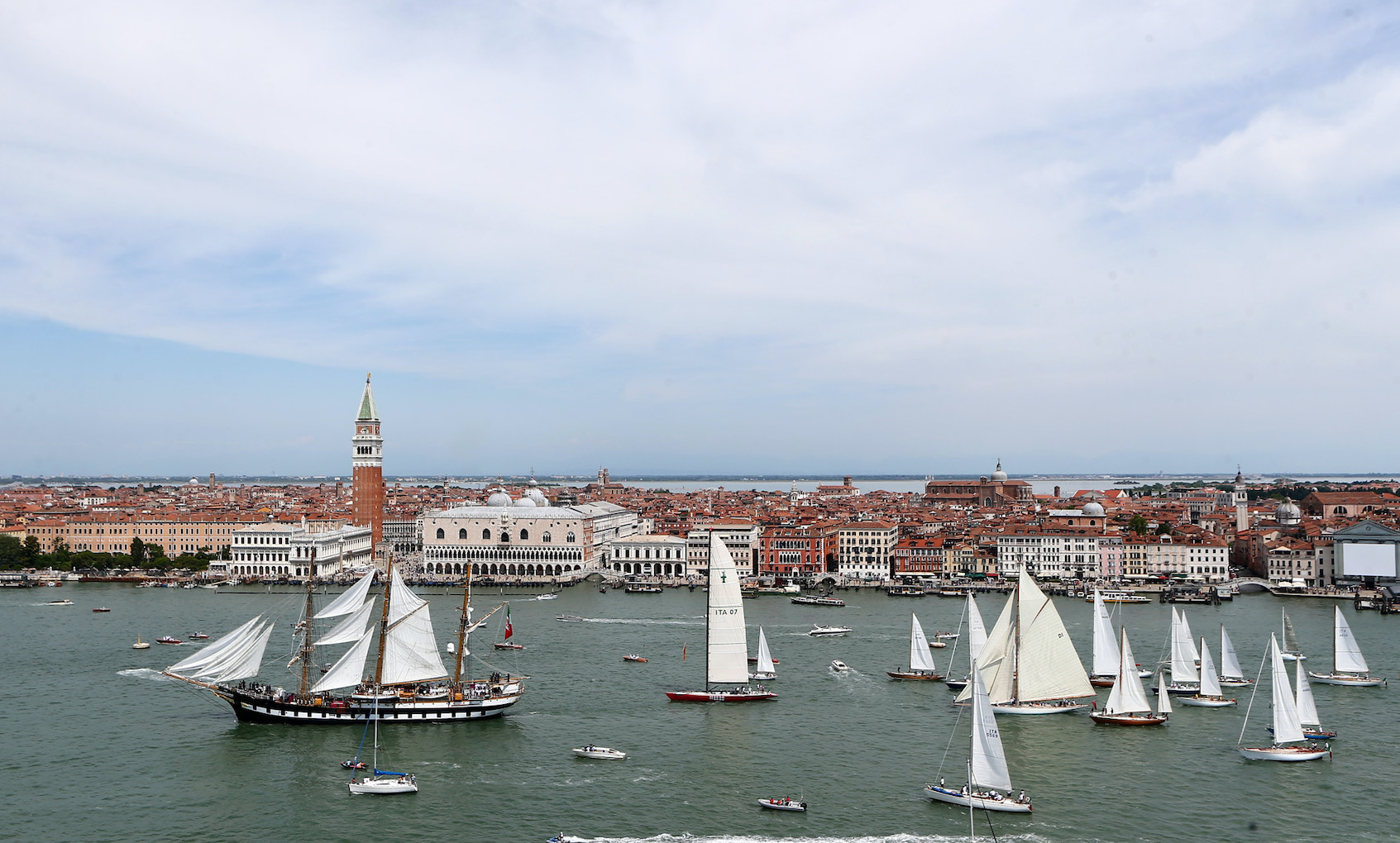 For the seventh year, the Trophy is aimed at classic boats with two races to be held, Saturday 25th and Sunday 26th June. The big news this year is the participation of two of the four 15 meters International Tonnage existing in the world: the Tuiga (1909), flagship of the Yacht Club of Monaco, and its twin Mariska (1908), already present last year at the Trophy. . On Sunday afternoon, a spectacular match race will be added to the regattas scheduled in the program, which will see them compete in a memorable duel that will take place in Bacino San Marco.

For the Tuiga it is an absolute first to have crossed the Adriatic Sea to reach the Serenissima. The boats will be moored inside the Arsenale where the awards ceremony will take place.

After the welcome to those present by the Managing Director Paolo Romor, Anna Licia Balzan, Honorary Consul of the Principality of Monaco in Venice, intervened.

I am particularly satisfied because for the first time we will have the presence of Tuiga here in Venice. Tuiga is the flagship of the Yacht Club of Monaco chaired by Prince Albert II of Monaco and Pierre Casiraghi, the Vice President. Her presence fills us with pride because it confirms that our event has grown and established itself more and more over the years. With this event we want to make a contribution to the city because we believe that Venice should aim for excellence also through international events such as the one we are illustrating today

This year Tuiga’s participation, as the Consul announced, led us to think of something unique

added Mirko Sguario, historic Sporting Director of the Trophy and President of the Yacht Club Venezia

It was difficult to think of doing better than last year when we hosted Nave Palinuro, the training ship of the Navy, which paraded with us in the San Marco Basin. But no. Match race in the San Marco Basin with two of the most beautiful vintage boats in the world, the Venice Arsenal as a frame, are the ingredients of this exciting Trophy. Alongside the fleet of loyalists are added Gioanna, a Sangermani from 1948, Germana signed by Carlo Sciarrelli in 1984 and Return, the 100th Vertue built in 1960 to a design by Laurent Giles. Thanks to the city institutions and the collaboration of the Navy and the Port Authority, all this has become a reality

The city cares about this event, every year more and more consistent with the efforts of the Administration to raise the quality of the visitor and with particular attention to the idea of ​​sustainability of our city. Thanks to Mirko’s events such as the Principality of Monaco Trophy and the Venice Hospitality Challenge, without forgetting the Boat Show, Venice has returned to the top ten of the most attractive cities when it comes to sailing, sea and boating.

Fabrizio d’Oria, Director of the Venice Boat Show, recalled that the objective of this event is to keep alive the attention on the important events taking place in our city such as the Boat Show, as well as confirming the opening of the Arsenale in occasion of the event.

she is also this year the main partner of the IX Principality of Monaco Trophy aware of the cultural and economic value of this event, which enhances the strong maritime tradition of Venice and of Italy in general. A tradition from which, in this field as in others, derives the value and quality of Italian knowledge, skill and art, now recognized throughout the world. Our Wealth Management combines the most diverse specializations of an international Group such as BNP Paribas, with the ability to be close to our customers through the BNL BNP Paribas network in Italy, in order to provide a 360 ° integrated approach in a context of high added value

On the occasion of the Tuiga vs Mariska match race, the winner will be awarded a special prize made by Maestro Giancarlo Signoretto and Agnese Tegon. Signoretto has always had a special relationship with the Principality of Monaco as he is officially the only creator of the “Golden Crystal Nymph” award awarded every year at the Monte-Carlo International Television Festival. The rewards or for the Team that will come second in the Tuiga vs Mariska match race, it will be made by the CAM glass factory in Murano.

With the patronage of the Italian Vintage Sails Association