MG has unveiled the Cyberster electric roadster concept that will preview at the next Shanghai Motor Show (21-28 April).

The zero-emission sports car inspired by the MG B Roadster of the 1960s is intended to be a manifesto of the brand’s (electric) future as well as a tribute to its rebirth after its acquisition by SAIC Motor. 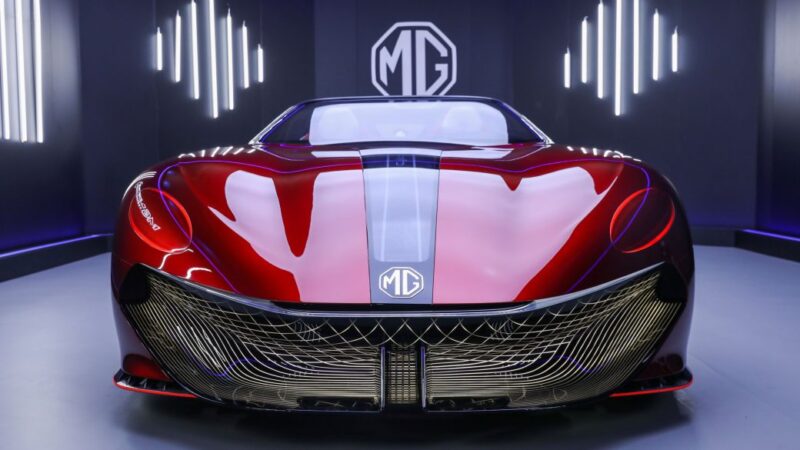 Cyberster is a bold statement that looks strongly to the future of MG by touching on our heritage, but above all by building on our cutting-edge technology and advanced design. Sports cars are the lifeblood of MG’s DNA and Cyberster is an extremely inspiring prototype for us 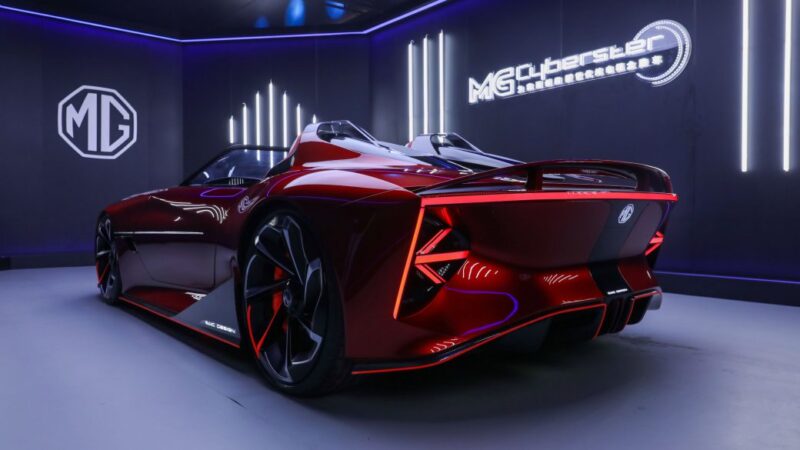 The link with the original MG B is in the spider formula, but not in the design: the car is in fact much more aggressive, with aerodynamic solutions designed to guarantee important downforce values. The front LEDs recall the round optical groups of the time, but at the rear we find instead lights that reflect the theme of the English flag and a black vertical element that recalls the world of Formula 1. The LED lights are a main theme in this concept: the white ones are also used on the front blade and on the sides. 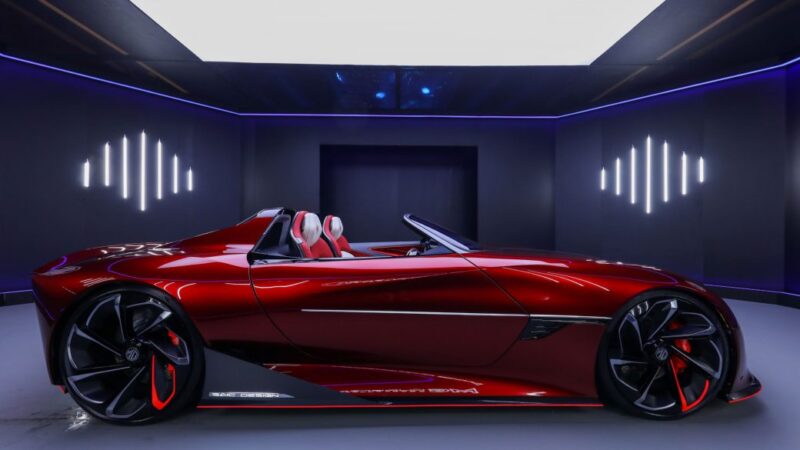 The passenger compartment, on the other hand, is squeezed between the small speedster-style windshield and the rear fairings that integrate the roll bars; the interior, designed around the driver, features two displays and an almost rectangular racing-inspired steering wheel. Infotainment uses the 5G connection, thanks to which level 3 driving assistance is available on the Cyberster.

MG did not provide the technical details of the Cyberster, limiting itself to saying that the concept is based on a platform dedicated to electric cars, has a range of 800 km and takes less than 3 “to shoot from 0 to 100 km / h.