The new Jaguar E-PACE has set an official GUINNESS WORLD RECORDS™ title during its world premiere. The compact performance SUV leapt into the record books with a 15.3 metre-long jump complete with a 270-degree corkscrew-like ‘barrel roll’. 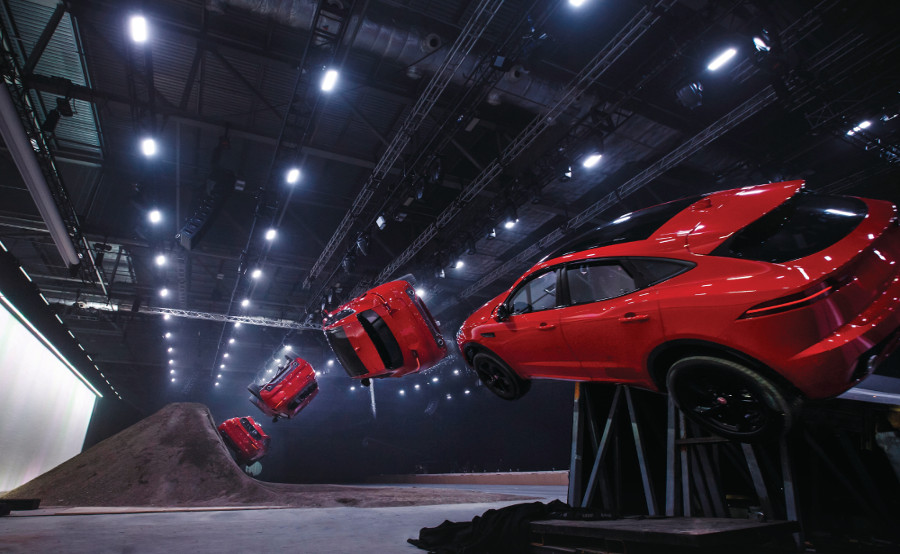 Demonstrating the agility, precision and performance of Jaguar’s newest SUV, the feat was the final test for E-PACE after 25 gruelling months of work across four continents to ensure extreme durability and that it lived up to Jaguar’s Art of Performance philosophy.

The Jaguar E-PACE is a five-seat, compact SUV that packs the design and performance of a Jaguar sports car into a spacious, practical and connected all-wheel-drive vehicle.   Trademark Jaguar driving dynamics and design put the brand’s sports car DNA in a practical design packed with advanced technologies to keep you connected. The E-PACE is the newest member of Jaguar’s SUV family, joining the ground-breaking all-electric I-PACE Concept and the 2017 World Car of the Year, the Jaguar F-PACE – itself launched with a spectacular GUINNESS WORLD RECORDS™ setting loop-the-loop in 2015.

The exterior design is inspired by the Jaguar F-TYPE sports car and characterised by the distinctive Jaguar grille, muscular proportions, short overhangs and powerful haunches that give the E-PACE a bold and purposeful stance, instantly communicating dynamic agility. Jaguar sports car DNA is also evident in the fast sweep of the roofline and the distinctive side window graphic.
The E-PACE completed its world record jump at ExCeL in London – one of only a handful of venues in the UK big enough to accommodate the 160-metre run-up and run-off vital for the 15-metre leap.  Behind the wheel was stunt driver Terry Grant, who has completed stunts on many film sets and holds an impressive 21 GUINNESS WORLD RECORDS™ titles.
Unsurprisingly, the barrel roll is not one to be tried at home; months of testing and analysis were completed to fine-tune the stunt, including achieving precisely the correct speed of run-up. The ramps were modelled extensively using CAD before any jumps took place. Terry experienced a G-Force of 5.5 during the 270 degree twist, and required a 160-metre run up to hit the air at the correct speed.  The reveal of the E-PACE was followed by a spectacular musical performance by Pete Tong & The Heritage Orchestra who presented the now legendary Ibiza Classics. As a celebration of the new Jaguar E-PACE, Pete collaborated with singer-songwriter Raye to perform “You Don’t Know Me” by Jax Jones – a hit that features Raye that has over 230 million plays on Spotify and over 130 million YouTube views. 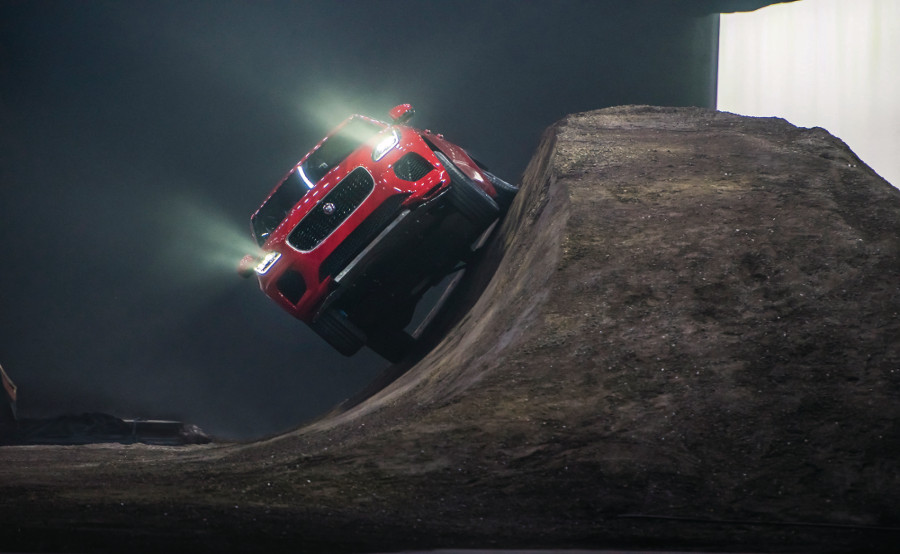 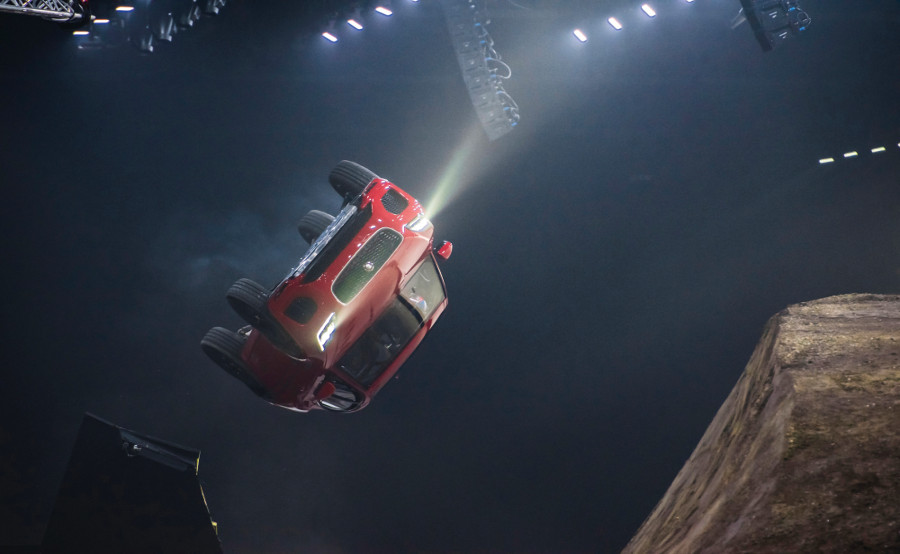 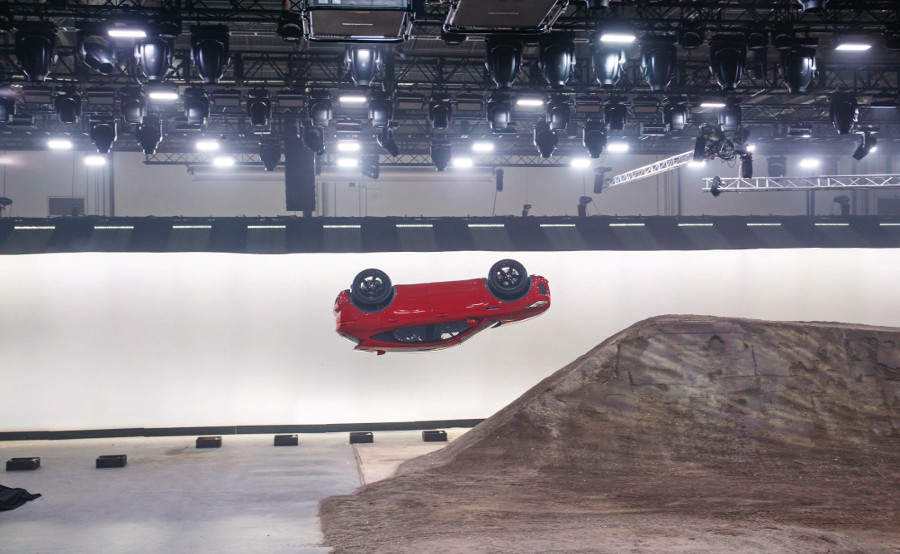 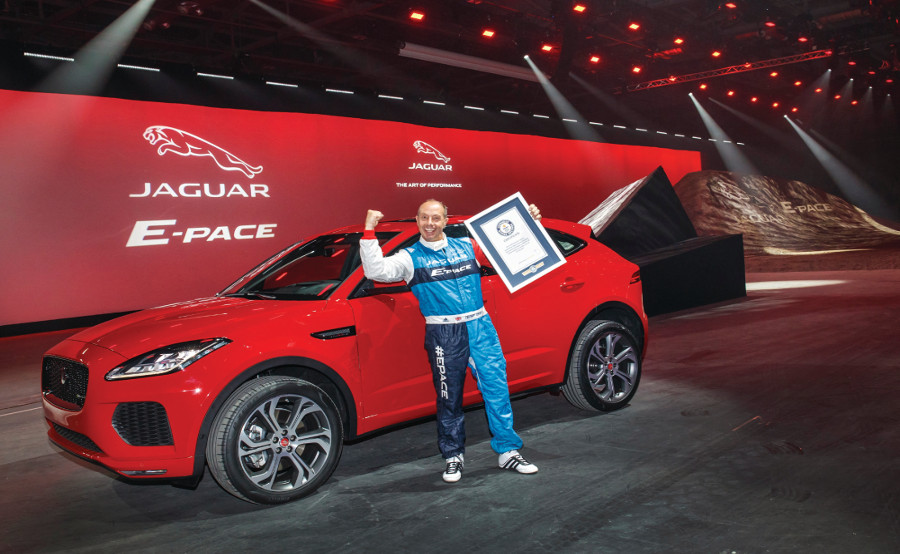 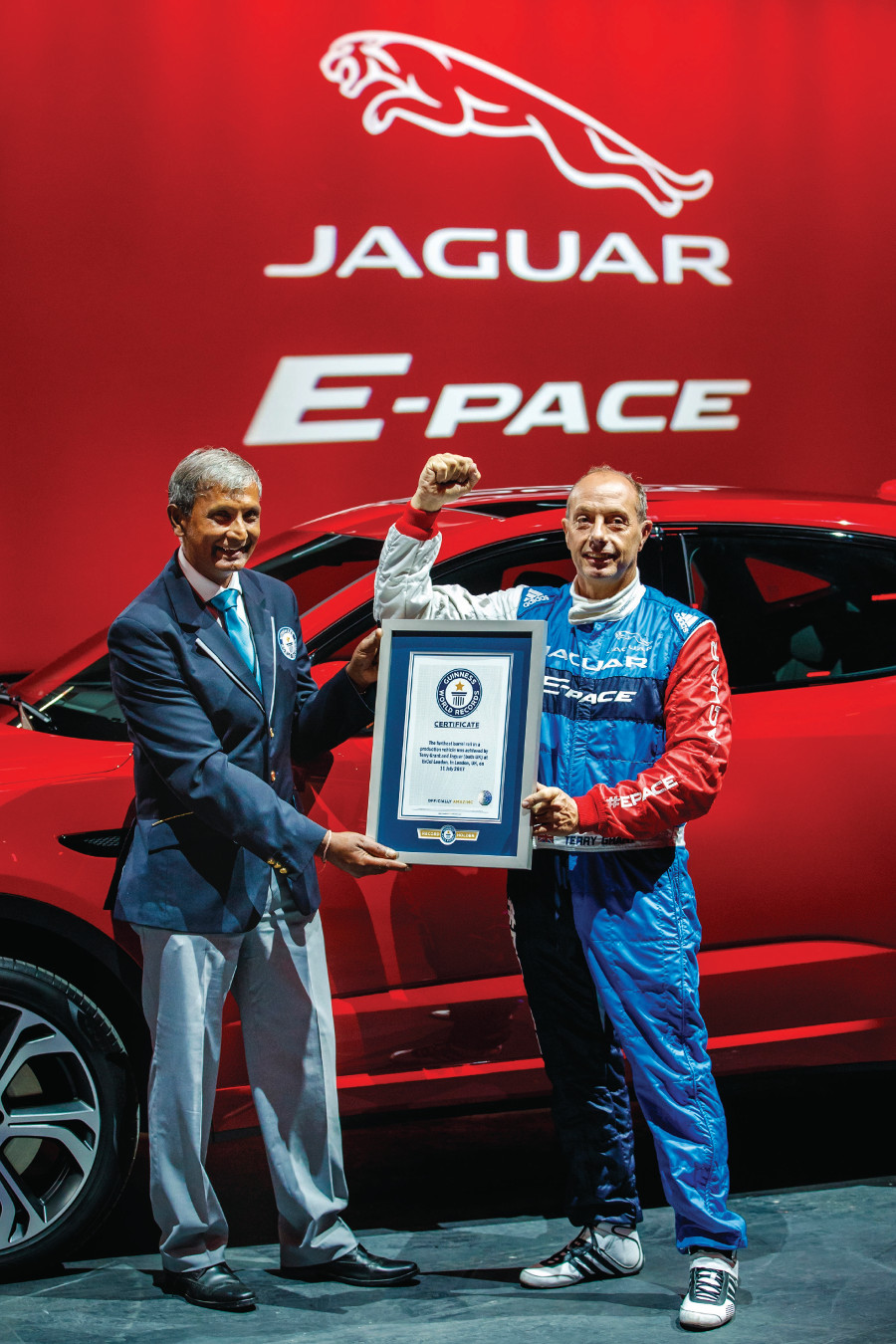