Riva 90′: the exterior design is unveiled

At boot Düsseldorf the exterior look was revealed for the flybridge that was first announced at the latest Fort Lauderdale International Boat Show. Every new Riva is a fresh, thrilling chapter in a nautical story that enthrals millions of fans across the globe. Therefore, it is only natural for there to be huge interest in every item of news about the projects that are taking shape. There was a warm response from owners and enthusiasts when a number of renderings were presented of the exterior design of the Riva 90’ at boot Düsseldorf, which has just come to a close. The Riva 90’ combines and enhances the strengths of its two predecessors. It is a product of the partnership between Officina Italiana Design (the studio founded by designer Mauro Micheli together with Sergio Beretta) and the Ferretti Group’s Product Strategy Committee and Engineering Department. The exterior design has an extremely streamlined profile, with expansive hull glazing featuring integrated portholes. On the deck a floor-to-ceiling window runs along the entire length of the lounge. A carbon fibre frame surrounds panes of glass that send natural light flooding into the yacht. The exterior design is rounded off in the foredeck by a second large window, in this case for the wide-body owner’s suite. At the raised helm station, there are broad front windscreens and side windows. To the stern, the lateral fibreglass structures finished with glass are back to boost the aerodynamic qualities of the profile. In addition, the Riva 90’ boasts the Ferretti Group’s patented concealed stern stairs, which has proved to be a big success on the new 56’ Rivale. The garage can accommodate a Williams 395 tender and a jet ski, which can be launched independently. 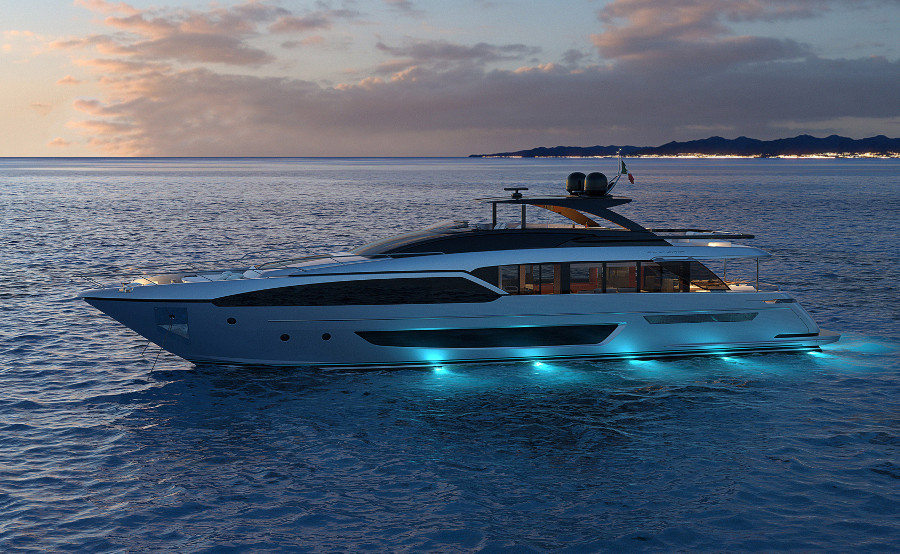 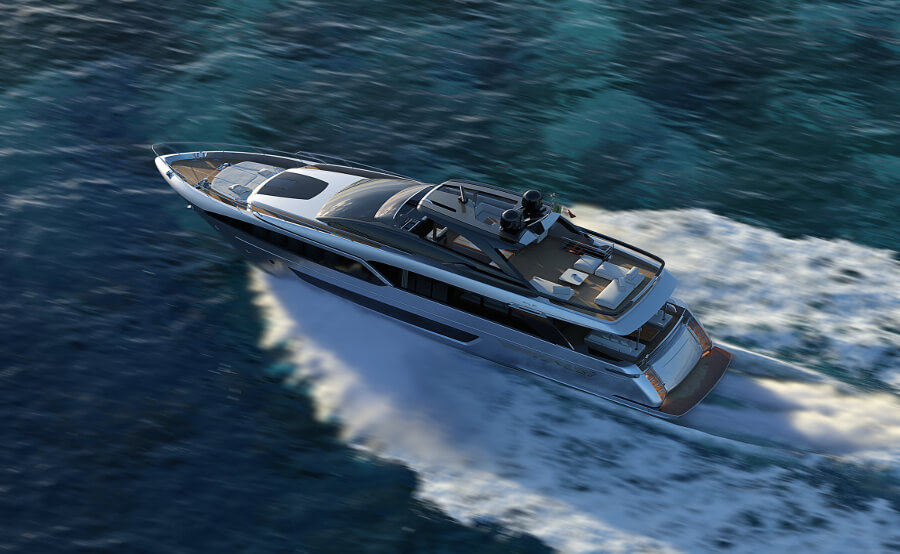 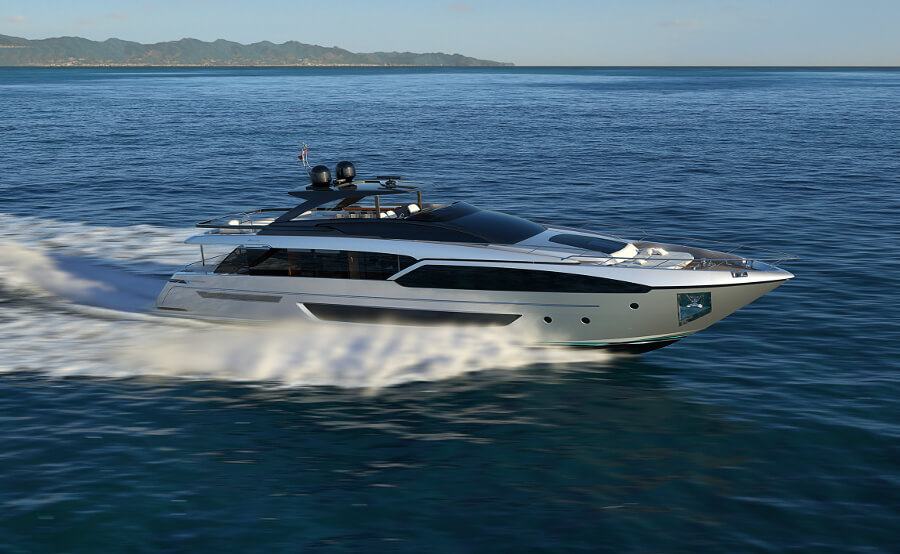