The Miami Yacht Show and Miami Super Yacht Show made a lot of waves this year, literally and figuratively.

After 30 years located along the intracoastal on Collins Avenue, The Miami Yacht Show moved from Miami Beach to a new location in downtown Miami on Biscayne Bay between MacArthur Causeway and Venetian Causeway. 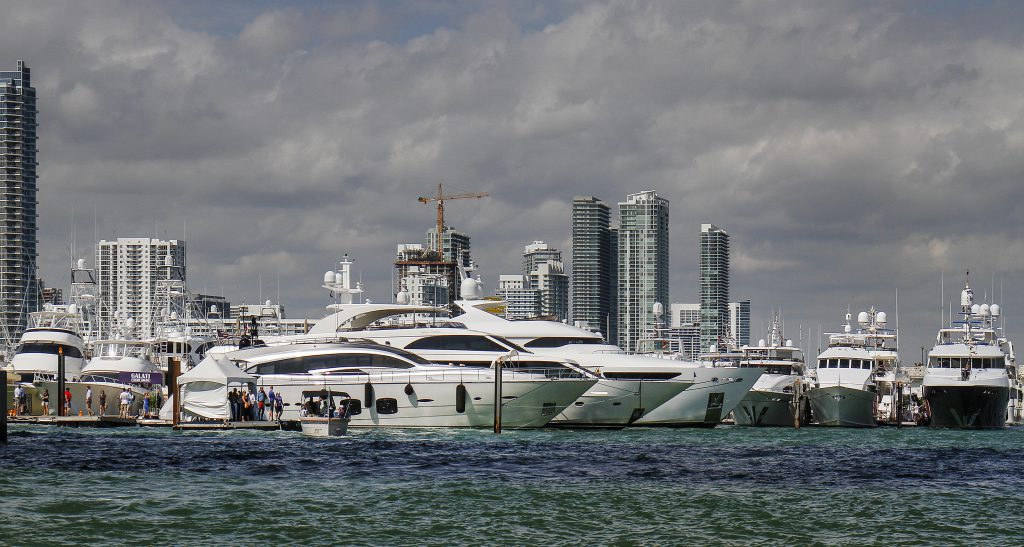 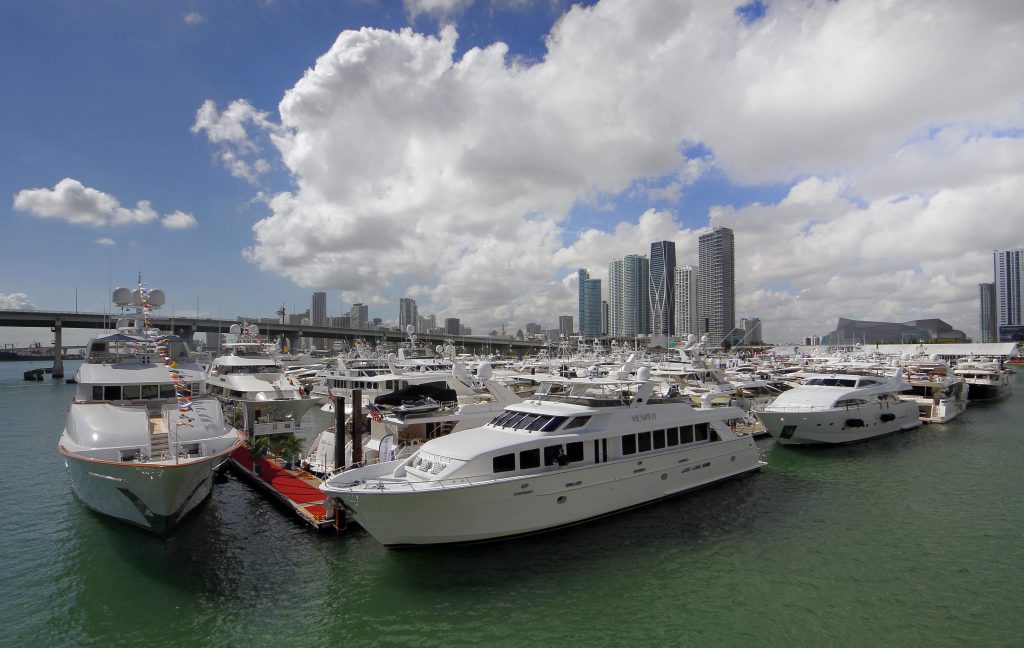 Ulysse Nardin, drawing inspiration from its marine heritage, was the official timekeeper during the show and had coveted timepieces on display in the Windward VIP Lounge.

The new location is closer to the Miami Yacht Show’s satellite display of superyachts known as Superyacht Miami at Island Gardens Deep Harbour Marina on Watson Island.  Water taxis were provided to transport VIPS from one show to the other in true tropical style with the downtown Miami skyline in the background with the sun shining overhead. 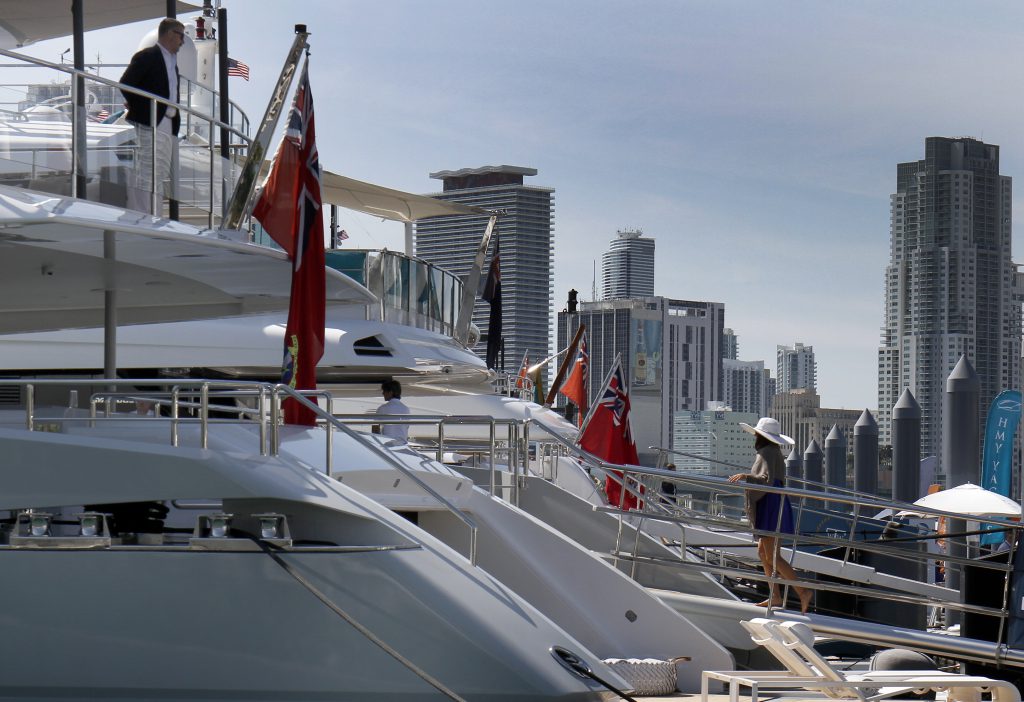 Standouts from this year’s two shows included a variety of yacht classifications.

There were 500 yachts on display in 3 marina sites.

The most over-the-top yachts on the market from 90 to over 320 feet of pure elegance were showcased in Miami. 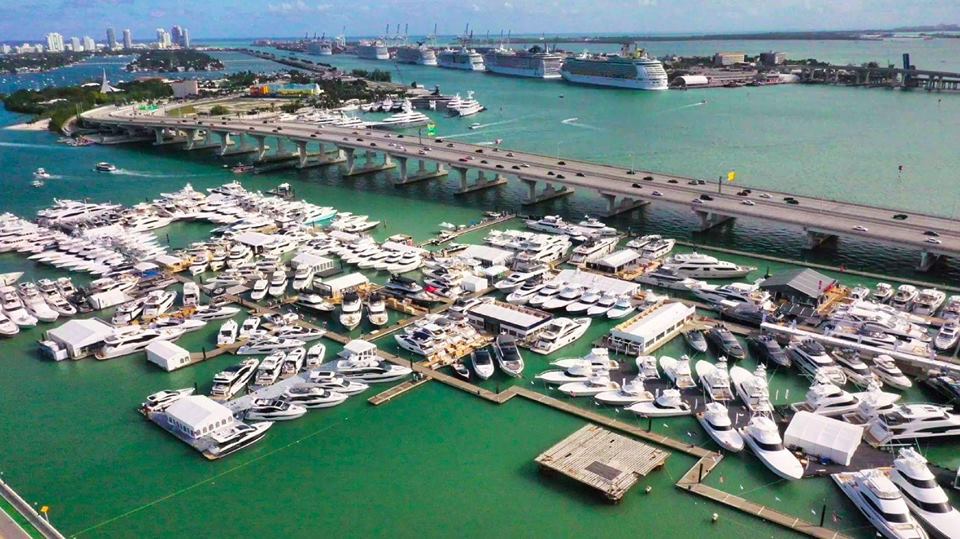 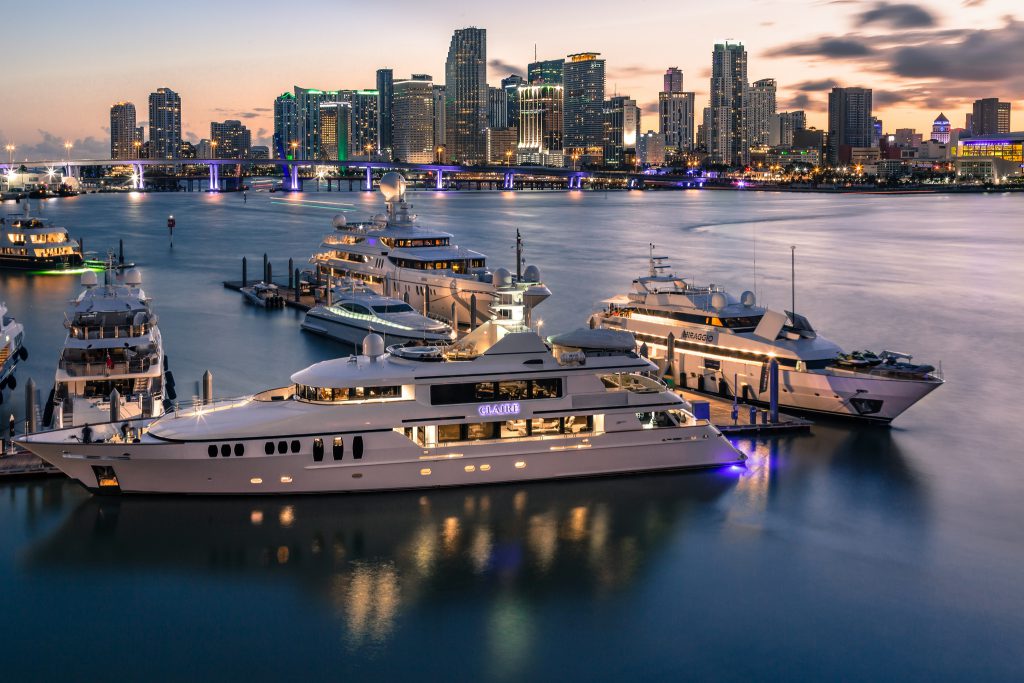 Ferretti is always one of the biggest exhibitors displaying 14 boats from 38 to 108 feet spread between both show sites.

The Miami Yacht Show is co-owned by Informa and the International Yacht Brokers Association. It generates an estimated $486 million in economic output. Their upcoming Monaco Yacht Show will be September 25 – 28.