Excellence Magazine is official media partner for the Venice Hospitality Challenge 2017, a contest held on Saturday 14 October organized and directed by Mirko Sguario, founder of the Yacht Club Venice and promoter of the many celebrated Serenissima’s regattas. The event takes advantage of the important support of Generali Italia, Marina Yachting and Moët & Chandon. The prestigious prize for the winners will be, as usual, the exclusive “Doge hat” made specially for this edition by the Murano historical glassware Barovier & Toso whose origins date back to 1295. 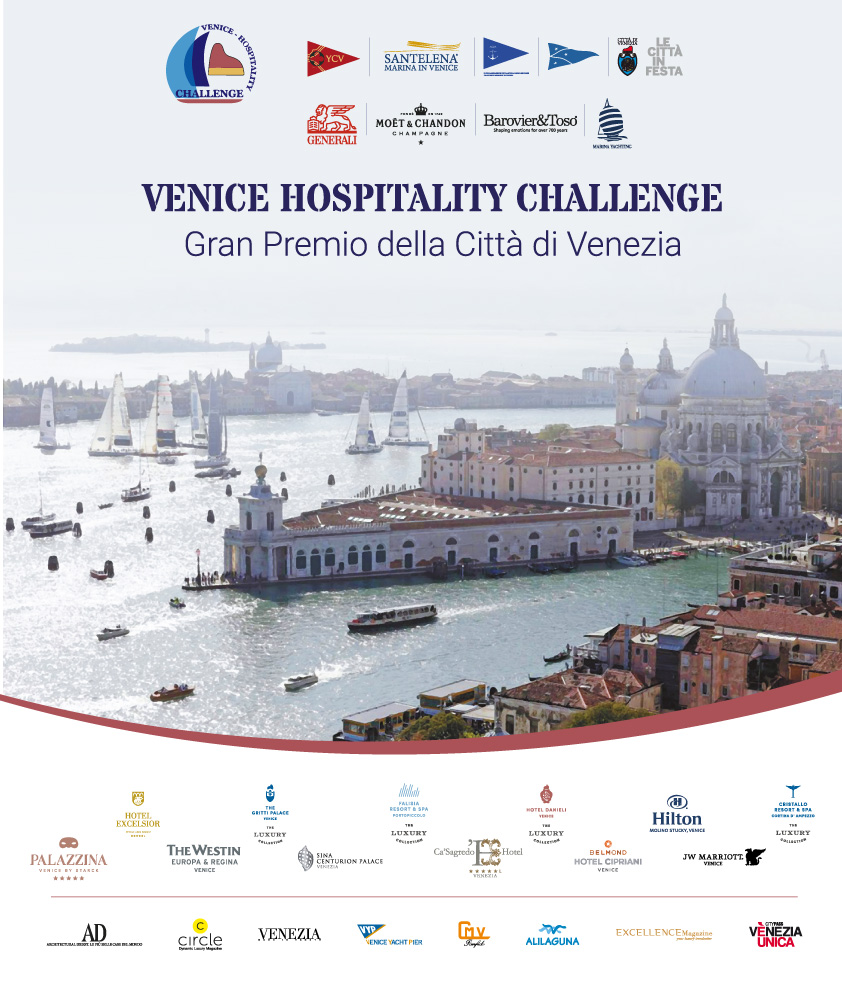 The Venice Hospitality Challenge, the Grand Prix of the City of Venice, will see for the fourth consecutive year the partnership of the most prestigious hotels in Veneto and, protagonists on the race field, famous skippers and Maxi Yacht, who have left the mark in the history of international sailing.

Just as the singularity of the Montecarlo Grand Prix is ​​due to its city circuit, the Venice Hospitality Challenge, thanks to a unique route that runs entirely in the San Marco basin, offers the public an unforgettable spectacle in the frame of the most beautiful city of world.

This fourth edition, strong in a winning formula that combines sailing sport with the world of luxury, confirms and improves the success of the previous ones. Thirteen Maxi Yachts will be deployed on the starting line, each of them is committed to defending the colors of its hotel in a competition that never ceases to amaze. The Maxi Yachts correspond to the great names of the luxury hotels in Veneto: Danieli Hotel, The Westin Europa & Regina, The Gritti Palace, Sina Centurion Palace, Belmond Hotel Cipriani, JW Marriott Venice Resort & Spa, Cà Sagredo Hotel, Hilton Molino Stucky and Falisia Resort Portopiccolo Sistiana, to which we add this year Hotel Excelsior, Palazzina G and Cristallo Luxury Collection & Resort Spa in Cortina d’Ampezzo. The unforgettable Yacht “Moro Di Venezia” will instead represent the City of Venice. 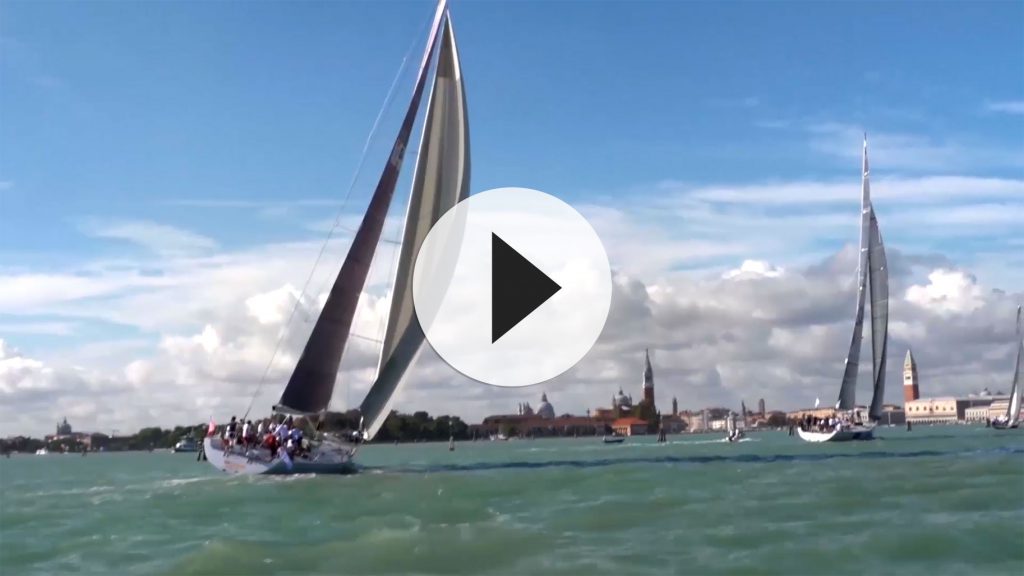 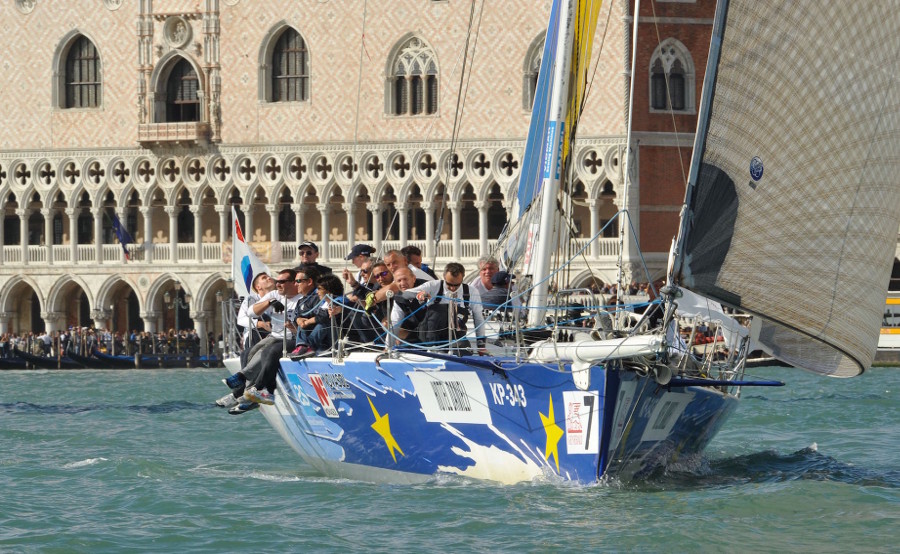 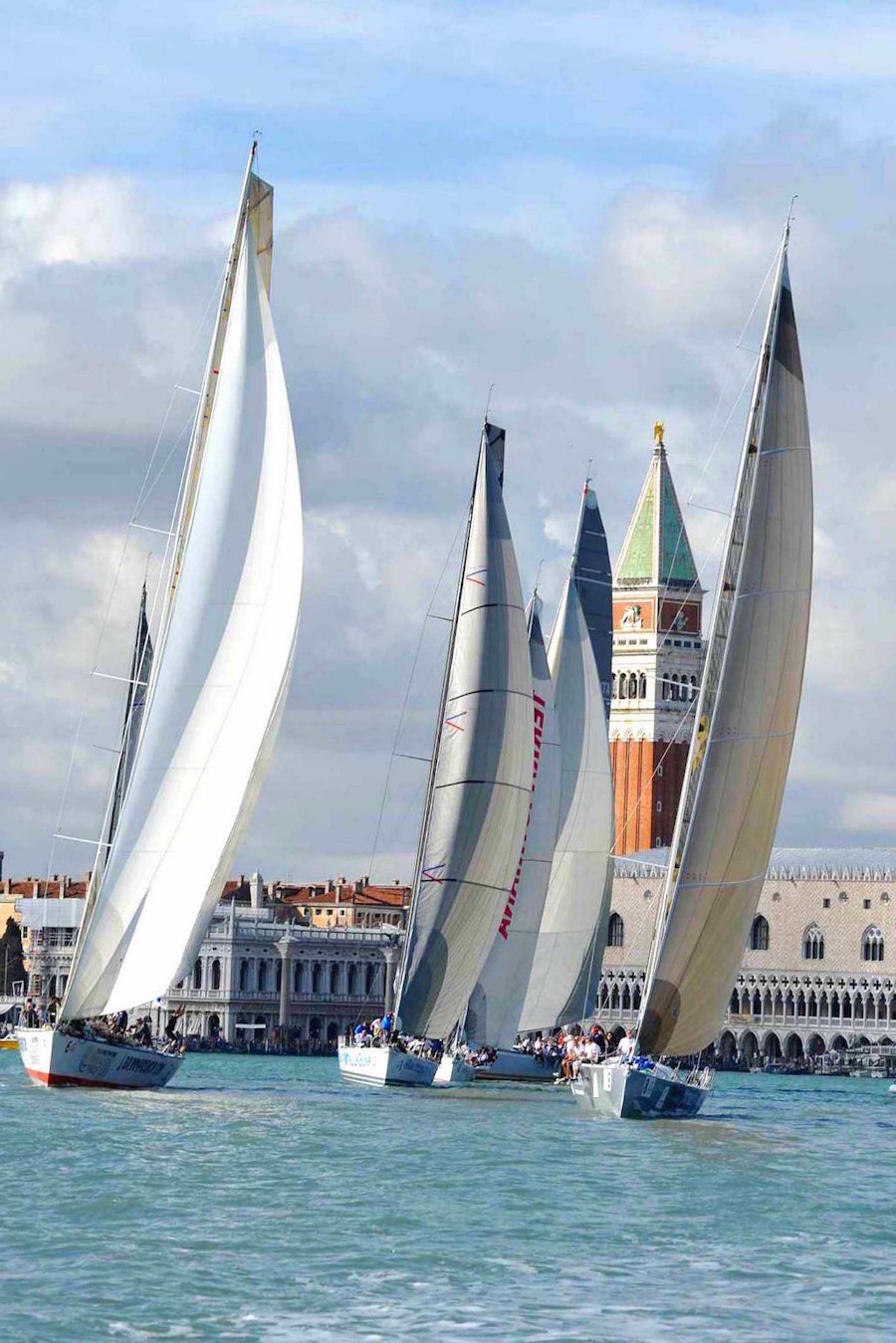