Wins for ARIA at the Barcolana Classic

ARIA achieved outstanding success with a double victory at the Barcolana Classic 2017 coming first in the Vintage category both in real time and compensated time in a challenging regatta where a weak wind of just 3-4 knots forced all the participants to be extremely careful during manoeuvres. ARIA, which sails under the colours of the Yacht Club Adriaco, was built by Cantiere Ugo Costaguta and launched in 1935 at Voltri in Genoa. Its flawless shape, mahogany hull, acacia wood frame and a patient historical restoration by the ship owner Serena Galvani make it undoubtedly one of the world’s best examples of an 8m international tonnage boat still in use. The ARIA’s crew is made up of: helmsman Guglielmo “Gughi” Danelon, tactician Jacopo Ferrari, at the bow Lorenzo Pujatti, at the mast Enrico Milanesi, at the mainsail Enrico De Luchi and in the cockpit the boat’s owner Serena Galvani, Roberto Fattori and Stefano Busechian. 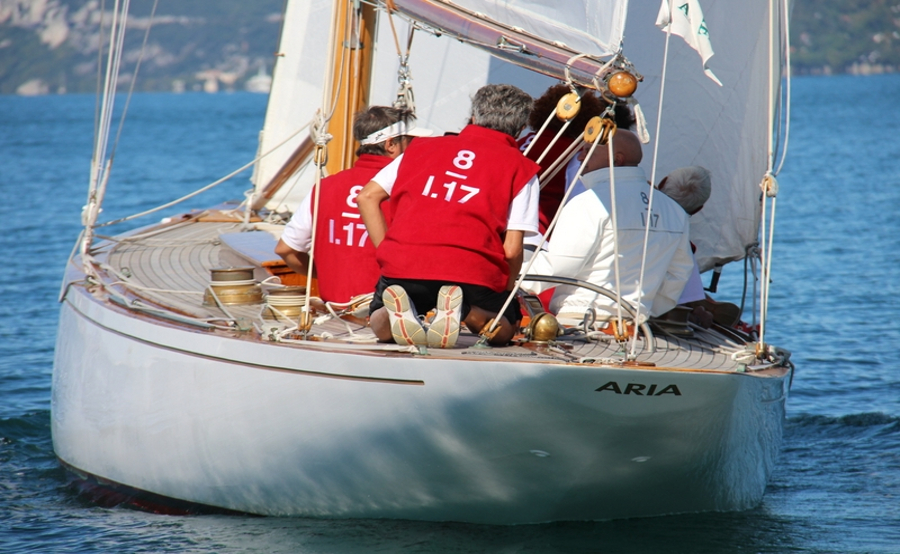 “From this year, ARIA has been given a new lease of life”, says Serena Galvani, “with a crew made up, not of professionals, but of friends and young people who helped me to sail it to a wonderful victory and that is what makes it so special for me.” The award ceremony took place at the Yacht Club Adriaco and ARIA’s owner Serena Galvani, as well as receiving the traditional Barcolana Classic trophy, was also given the rather unusual prize for finishing first in real time. The boat owner chose the “lightest” member of her crew to be weighed, and the team was awarded his weight – a full 90kg – in beer! The ARIA was also chosen as the cover image of the Barcolana Classic 2017. 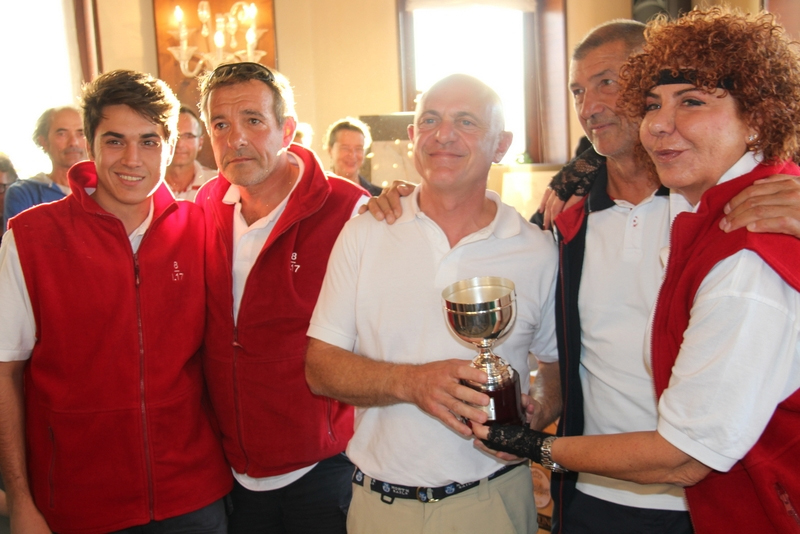