Seven hundred years of Grimaldi family regency and a historic role in shipping routes – this is the Principality of Monaco, an extraordinary economic center boasting ceaseless growth, and likely the only country in the  world with more employees than residents. 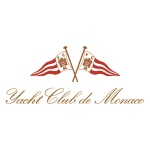 It is finance, commerce, a real estate market, but most importantly a vocation for sailing. It’s no accident that the earliest regattas were held  in Monaco in 1862. Declaring that “Our future is tied to the sea,” legendary Prince Ranier III, who had recognized that the port would be the key element in their economic development, believed the moment had come to welcome an institution dedicated to sailing aficionados, an institution that would become the envy of yachting enthusiasts around the globe.

Confident in his goal, in 1953 he inaugurated the ‘Yacht Club Monaco’, which arose from the previous ‘Société des Régates’ founded by a group of Monégasques nearly a hundred years earlier. The nautical industry currently generates 2% of annual turnover, with revenue of approximately 157 million euros, offering a complete range of services for boat owners, including management, banking, insurance, and entertainment. Monaco is a beacon on the international luxury scene, boasting a network of more than fifty clubs around the world, and it is the undisputed capital of yachting whose attraction continues without a doubt to grow thanks to this crucial communications platform in the sector. In 1984 Prince Albert II, the reigning monarch of the Principality, was appointed president, and he wasted no time in hastening the work his father had begun. That same year he launched the ‘Primo Cup’ and brought the world ‘Monaco Classic Week’, which since 1994 has been the only event that combines the most glamorous traditional yachts with period motor yachts and vintage motor boats. In 1995 Tuiga became the flagship of the ‘YCM’ fleet. The historic craft was designed by William Fife on a commission from Duke Medinacelli, a friend of King Alphonso XIII of Spain.

Celebrating the 30th year of his presidency, in June of 2014 an inauguration was held for the new location, the product of the talents of designers Lord Foster, Jaques Grange, and Nelson Wilmot, and the ‘Giraglia Rolex Cup’ came to Monaco for the first time in honor of the occasion, with a good 220 boats. The building is integrated into the existing urban landscape, understood as a city in miniature, overlooking the port yet contiguous with dry land, and from the gallery visitors can watch races at sea as well as on the Grand Prix F1 circuit. This is the welcome the Principality offers the owners who call at its port. There are 66 nationalities represented among the 1,300 members of the Yacht Club de Monaco. Whether boat owners or professionals in the industry, they are always eager to discuss the latest regatta, talk about naval history, and admire the latest restoration of a period ship. First and foremost, l’art de vivre la mer is a lifestyle, a commitment, a desire to preserve both naval ethics and etiquette, and to protect the environment: a philosophy that encourages yachting against the backdrop of a place like Monaco that is constantly evolving. It is a mindset promoted among sailors as young as six, thanks in part to a sector dedicated to sport, in which qualified instructors and coaches are dedicated to passing on their passion for the sea, teaching sailing as well as an awareness of the maritime environment.