“Centro Dino Ferrari” and Excellence Magazine: together toward the goal of excellence

It is 1981 when Enzo Ferrari, in memory of his child ill of muscular dystrophy, decided to give life to the “Centro Dino Ferrari” of the University of Milan. And in 1984 the Association “Amici del Centro Dino Ferrari” was founded in order to promote and to fund resources to the activities of the Centre. 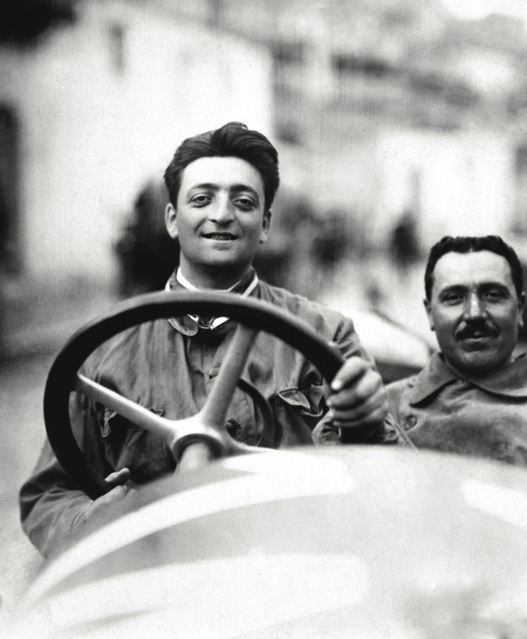 Today, as Honorary Chairman, Piero Ferrari continues his father’s footsteps on this pact of friendship and passion for the research: “When my father was struck by the death of my brother Dino, he decided to help those who could defeat the terrible disease that had taken away his son. My father helped many people privately, but for the fight against muscular dystrophy he wanted to do more: to help the medical world doctors to defeat it. That is why he decided to found the “Centro Dino Ferrari” and the Association that supports it. With the same commitment, I wish to achieve my father’s goal: finding the cure”. The scientific research at the “Centro Dino Ferrari” is huge: more than 155,000 patients per year and a tireless staff of 136 doctors and researchers, the that made it an international excellence in acquiring new knowledge in neuroscience, to be applied to prevention, diagnosis and therapy. It is a process full of small successes but also disappointments, and the Association has also the merit to give solidarity to the families of the patients.

Director Professor Nereo Bresolin believes that the “Centro Dino Ferrari” is an observatory of science which is ready for the challenge of the research thanks for example to the study of genetics and stem cells, as well as the collaboration with research centers in Europe, USA, Canada and Brazil. A result made possible by the dedication of scientists who, for passion and skills, believed in an ideal: from Professor G. Scarlato, engine of the project, to Professors Comi and Scarpini, from Dr. Corti to Dr. Torrente. They are just some of the authors of what Bresolin defines the scientific miracle of Italy, which has no longer the capability to renew itself through the research and which creates a context where even small collections of funds are fundamental to look forward: “While the Fondazione IRCCS Ca ‘Granda Ospedale Maggiore Policlinico in Milan is being revived, it is wondered if the new spaces will be made available shortly. What we can do is to keep at best this internationally reputed organization, and, above all, to fulfill the enthusiasm of young people to continue what we started”.

“As an association recognized as a no-profit organization since origin, we are not the only ones to fund the “Centro”, but we definitely are the engine of all the operations. Generous donations made possible to have expensive equipment whose cost was an obstacle”, Manuela Consensi Dini confides,Vice President and General Secretary, who helps us to clarify the organization which she contributed to by following the belief of its founder. The Council of Directors of the Association, apart from Piero Ferrari, Honorary President, sees Marialuisa Trussardi as President, Alberto Rusconi as Past President, Camillo Olivetti, Angelo Moratti and the same Manuela Consensi Dini as Vice Presidents. Floriana Ferrari, Marta Marzotto, the Duchess of York, Marta Brivio Sforza, Fedele Confalonieri, Luca Cordero di Montezemolo, Niccolò Caissotti di Chiusano and Bruno Dallapiccola are members of the Honorary Committee. Finally, Honorary Member of the Association is His Highness Suhaim Al Thani, Prince of Qatar. 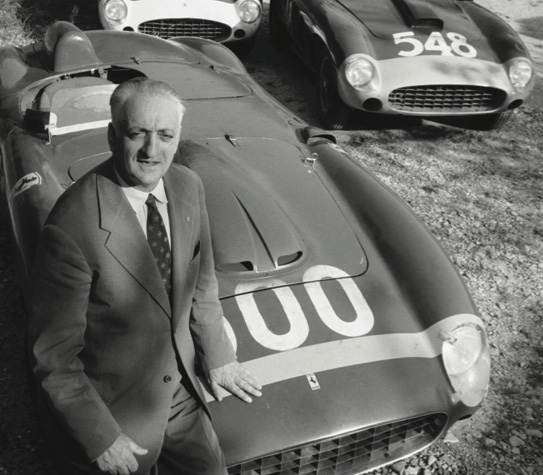 Marialuisa Trussardi, President of the Friends of “Centro Dino Ferrari”, opens an overview on a number of initiatives that meet the favor of benefactors, both in Italy and abroad, including rallies Ferrari vintage in charming historic locations and the Gala in Los Angeles with Muscolar Dystrophy Association. There are several ways of support, such as promotion of cultural and research grants, all important and mutually complementary. “Our members like those activities – the President continues – And we keep informed them through reports on achievements and publications made on the most prestigious international journals”. Special mention for Charity Stars and benefactors of the star system by which they beat auctions whose stakes are devolved to the Association.

During the celebrations of the thirtieth anniversary of the Association, in the elegant setting of Palazzo delle Cariatidi in Royal Palace in Milan, special awards were assigned to Paolo Barilla, Gianmaria Buccellati, Luca Cordero di Montezemolo, Sergio Dompè, Vittorio Feltri, Tullio Monzino, Giovanni Recordati, Giorgio Schön and (in memory) Nicola Trussardi, appointed Honorary Members for having helped with generosity and perseverance the scientific research of “Centro Dino Ferrari” in aid of many people with disabling diseases. Vittorio Feltri scoffs: “I did a little bit for the “Centro Dino Ferrari” but it was all that I could. I do not think I deserved the recognition, but I am proud and happy to have been taken into account. Each of us must commit to help scientists who are trying to find a remedy to serious neurodegenerative diseases. Funding, enthusiasm, optimism, and also many technical means are essential. So, dear friends, let’s be engaged in offering our goodwill. One day, I hope imminent, researchers will defeat this disease that reaps many victims even among children and young people”. Feltri has the same feeling of Bresolin in believing that personal initiative pushed by solidarity must compensate for the absence of the Government,since few funds are destined to research if compared to wealth public welfare. Because so much has been done, but there is still much to be done to face the challenging task.