Le Marche celebrates Raphael starting with Urbino, included by the New York Times among the places to go in 2020

This year marks the 500th anniversary of the death of Raffaello Sanzio, an artist who began his career in Le Marche, in particular in his home town of Urbino.

Le Marche, which Lonely Planet Best in Travel 2020 awarded second place in the ten best destinations in the world, and the only Italian to make the list, is ready to celebrate its illustrious son with a series of exhibitions and events.

Urbino, a Unesco city, was added by the New York Times to the tourist destinations for 2020, so where else, if not from the city of the Montefeltro family, should we begin a tour of discovery of Raphael in Le Marche? 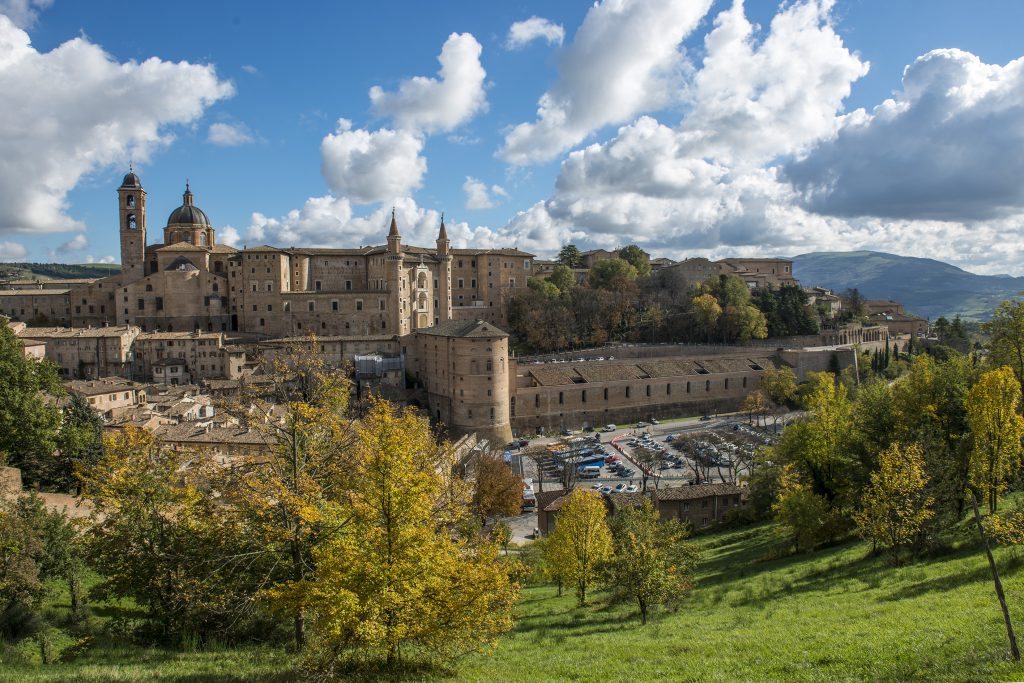 Raphael Sanzio was born in Urbino on the Good Friday of 28th March 1483, in the house of his father Giovanni Santi – a humanist, poet and painter in the court of Federico da Montefeltro – where he spent the early years of his artistic training. It is still possible today to visit the house where Raphael was born – casaraffaello.com – where, as Carlo Bo wrote in 1984, “he learned the divine proportion of devices, and especially learned the value of philosophy, and the dignity his work as Painter deserved”. 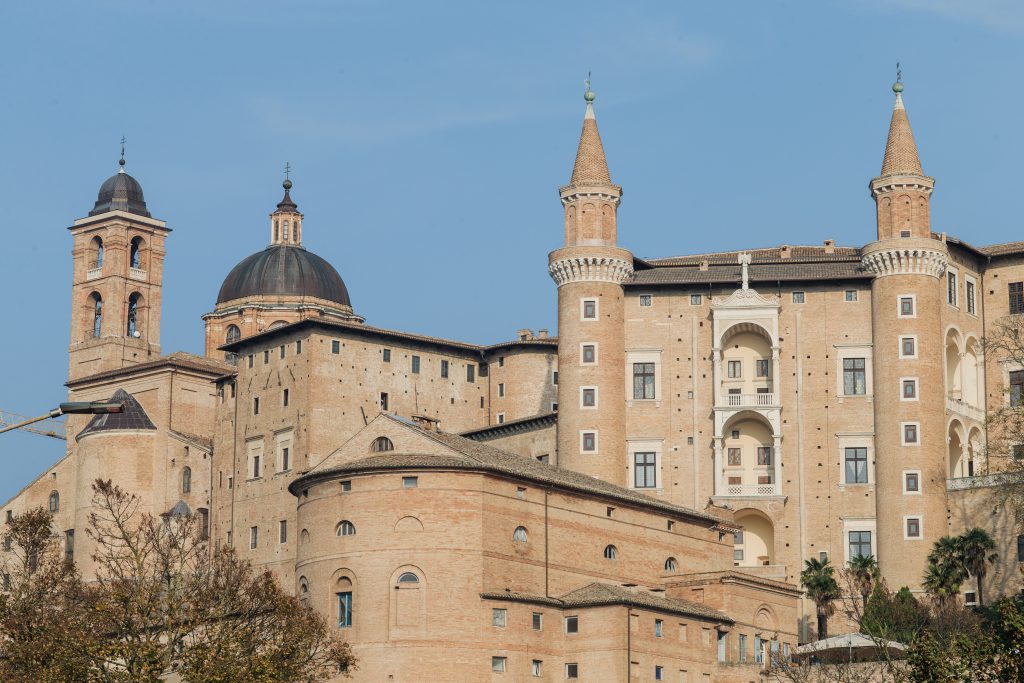 A stone’s throw away is the Ducal Palace, commissioned by Federico da Montefeltro and one of the loveliest princely residences in Europe. Today it houses the National Gallery of Le Marche Galleria Nazionale delle Marche, which has in its collections one of the most enigmatic paintings of Raphael’s, the Portait of a young woman, also known as La Muta, with her lips perfectly sealed. Probably Raphael painted the same subject in two different stages: a first version dates back to youthful period when the woman is portrayed with softer features, wavy hair and a wider neckline, while the figure visible here has austere features, her hair tied back, a slightly different position of the shoulders and has no décolleté, a sign of the death of her husband which occurred in 1501.

The exhibition Raphael Ware. The colours of the Renaissance, curated by Timothy Wilson and Claudio Paolinelli, is on display until 27th September 2020 at the Galleria Nazionale delle Marche, presenting 147 exquisite examples of Italian Renaissance majolica pottery from the largest private collection of its kind in the world with a view to focusing attention on that important moment in the Italian artistic tradition which is associated with the Urbino painter, called Raphael ware. 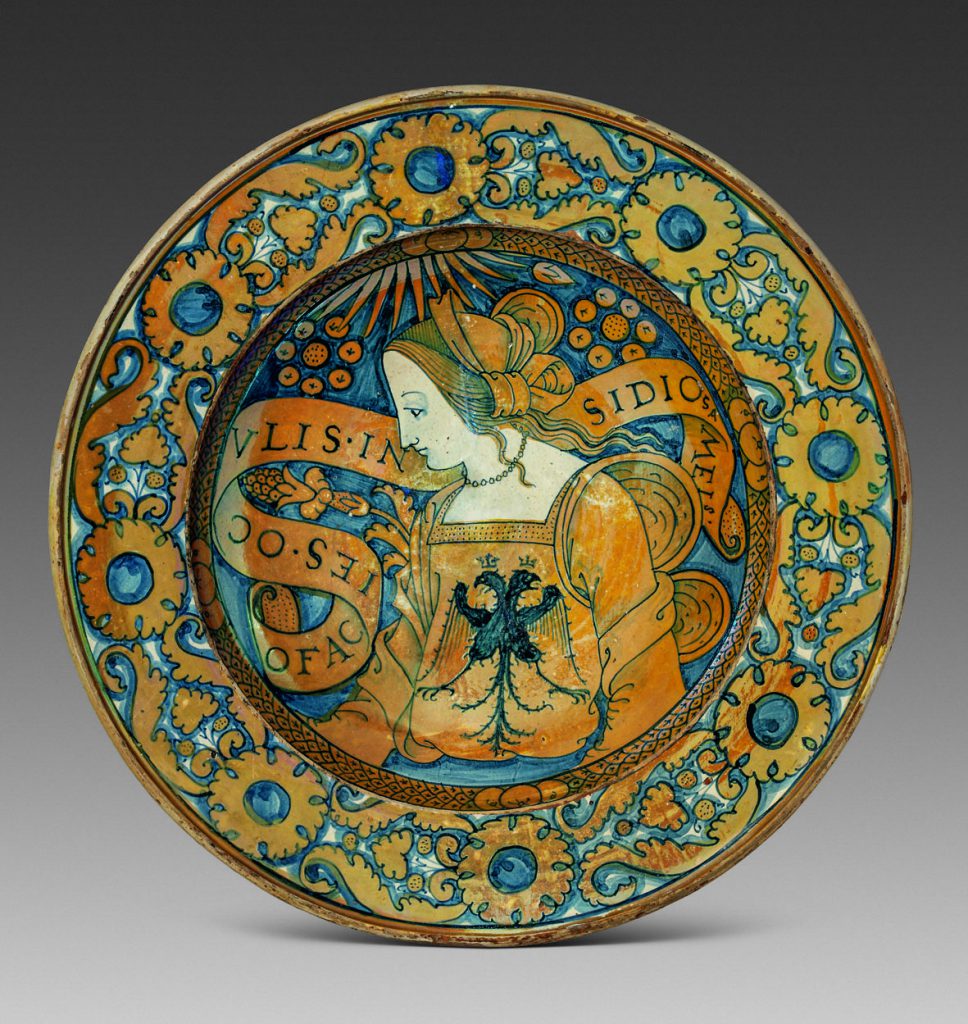 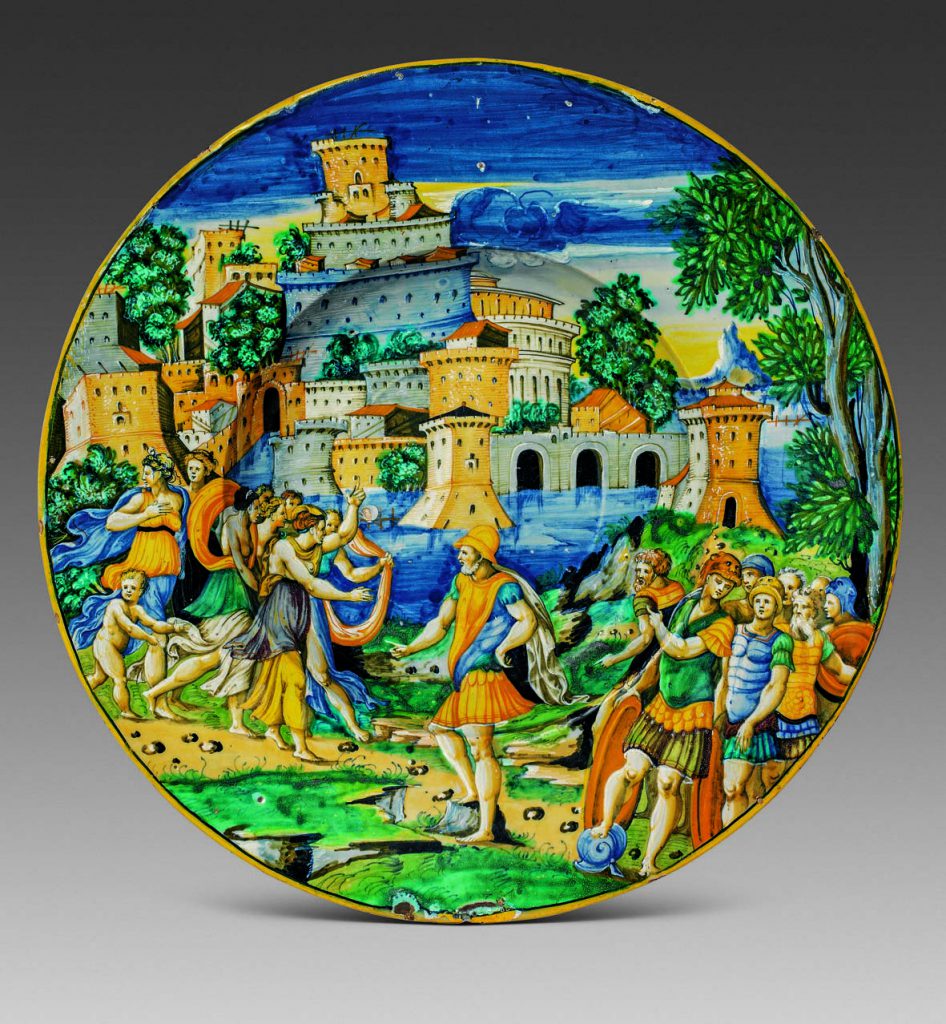 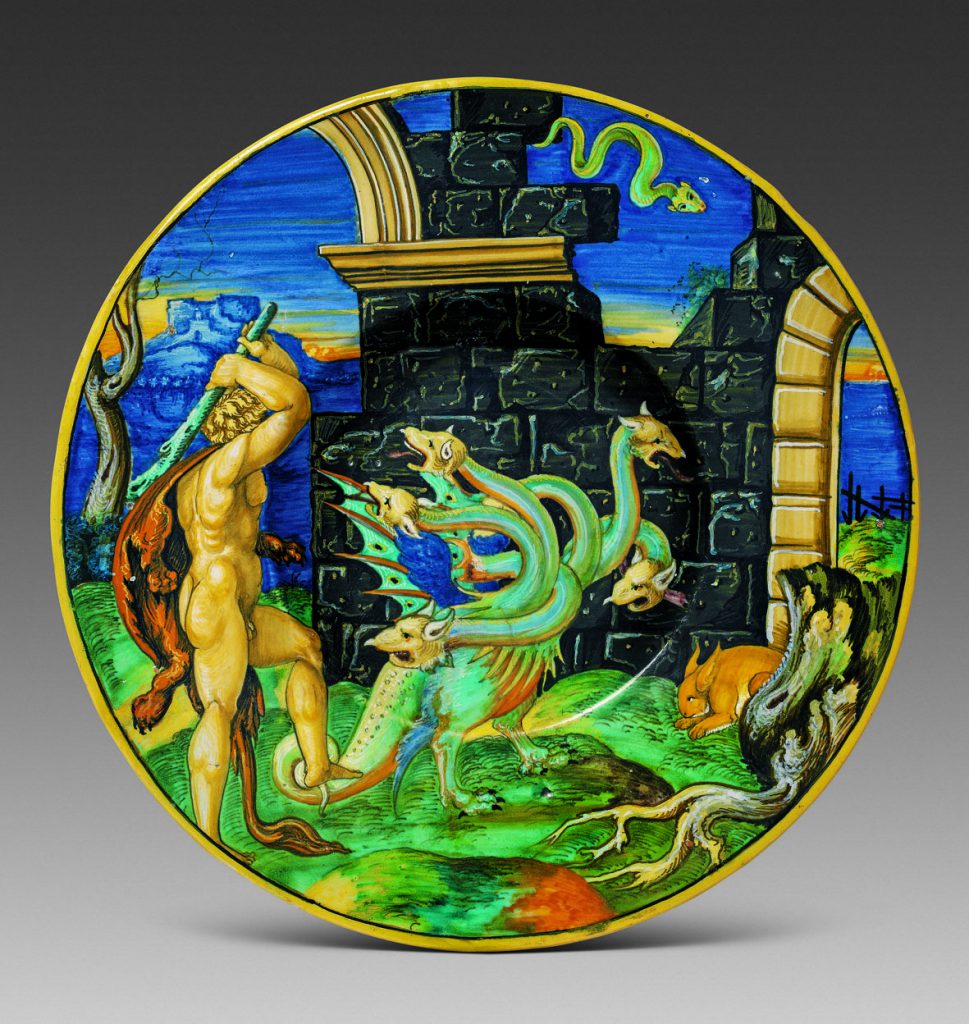 In Urbino, from 19th July to 1st November 2020, the Sale del Castellare of Palazzo Ducale, will host the exhibition Baldassarre Castiglione and Raphael. Faces and moments at the Court curated by Vittorio Sgarbi and Elisabetta Losetti and promoted by the National Committee for the Celebrations of the five hundred years since Raphael’s death, by the Marche Region and by the Municipality of Urbino.

The exhibition tells, in an entirely original way, the story of Baldassarre Castiglione, a man who was a central figure of the European Renaissance, known for his work Cortegiano. He was a very fine intellectual and a careful politician, close to great artists, Raphael above all, but also writers, thinkers, princes, kings and popes. The exhibition starting from Baldassarre’s Letters and through seven sections enriched with multimedia devices, wants to recreate the whole story of Castiglione telling that period together with other fascinating figures such as Guidobaldo da Montefeltro – the Duke of Urbino, Pope Leone X, the well known families of Medici’s, Sforza’s, Gonzaga’s, Isabella d’Este, Emperor Charles V, many artists – as Raphael, Leonardo, Titian, Giulio Romano -, fine intellectuals like Pietro Bembo and scholars like Luca Pacioli.

From 18th July 2020 also starts the project “Raffaello Bambino” (Raphael Child), curated by the Municipality of Urbino together with the Raffaello Academy, that offers a particular tour inside the city for children and family.

RAPHAEL AN IMPOSSIBLE EXHIBITION IN A TOUR OF EUROPE AND BEYOND

Furthermore, the Marche Region wants to celebrate the genius of the Renaissance with the exhibition Raphael An impossible exhibition at the Collegio Rafaello in Urbino from 25th July to 30th September 2020. The exhibition, conceived and curated by Renato Parascandolo and with the scientific direction of Ferdinando Bologna, recently disappeared, presents 45 paintings by Raffaello – including the fresco of The School of Athens – reproduced in scale 1: 1 and collected together, thus allowing to admire in a single set works scattered in 17 different countries, a challenge that not even Raffaello himself was able to achieve. 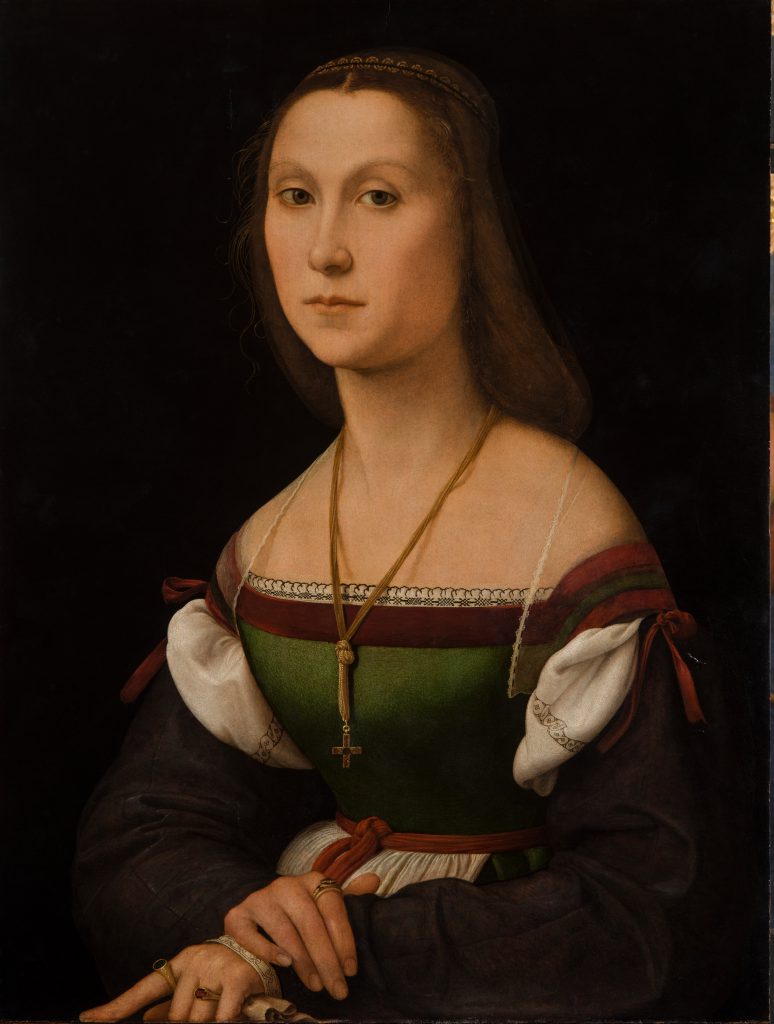 From July 18 in Urbino the celebrations for the 500 of Raphael’s death will begin and this date marks the beginning for the city of post-Covid events, an opportunity to promote Urbino and therefore the Marche through the universally known figure of Raphael and to start again in the name of art.
The beauty of the territory, the history and the works of Raphael combined with all the security measures that have been put in place allow us to talk about a real new renaissance: the country Italy that holds 70% of the world’s cultural heritage can start again through art and certainly Urbino and the Marche with Raffaello will do their part with a whole series of events.
The Baldassarre Castiglione and Raffaello exhibition will be inaugurated on 18 July. Court faces and moments by Vittorio Sgarbi and Elisabetta Losetti. On the same day Alessandro Preziosi will be staged with Raffaello. A happy life, and also Raffaello Bambino will leave, a journey throughout the city in the footsteps of the artist for families and children. And again on 30 July David Riondino and Dario Vergassola will be the protagonists of the show Raffaello, La Fornarina, the Cinquecento and other stories and on 8 and 9 August there will be the Milanesiana with Tosca and Valeria Golino

specifies Andrea De Crescentini Councilor for Tourism of the Municipality of Urbino.

The exhibit values Raffaello’s striking carrier, the artist died aged 37, placing one next to the other reproductions of works of art that are kept in the most important museums of the whole world. The purpose of the show and Marche Region is to target mainly a young audience that is not accustomed to visiting art exhibits and generally museums allowing to a wide and vary public to approach the masters of history of art – in this specific case Raffaello – through reproductions of the highest quality and esteem and lead visitors to discover a land rich in beauty, charm, history and cultural and enogastronomic traditions.

Until 30th August 2020, in the renewed exhibition spaces of the Bastione Sangallo, the Municipality of Loreto pays homage to Raphael with a special exhibition. Here will be presented for the first time ever the Raphael’s cardboard tapestry depicting Ananias and Saphira, belonging to the Bilotti Ruggi d’Aragona collection. 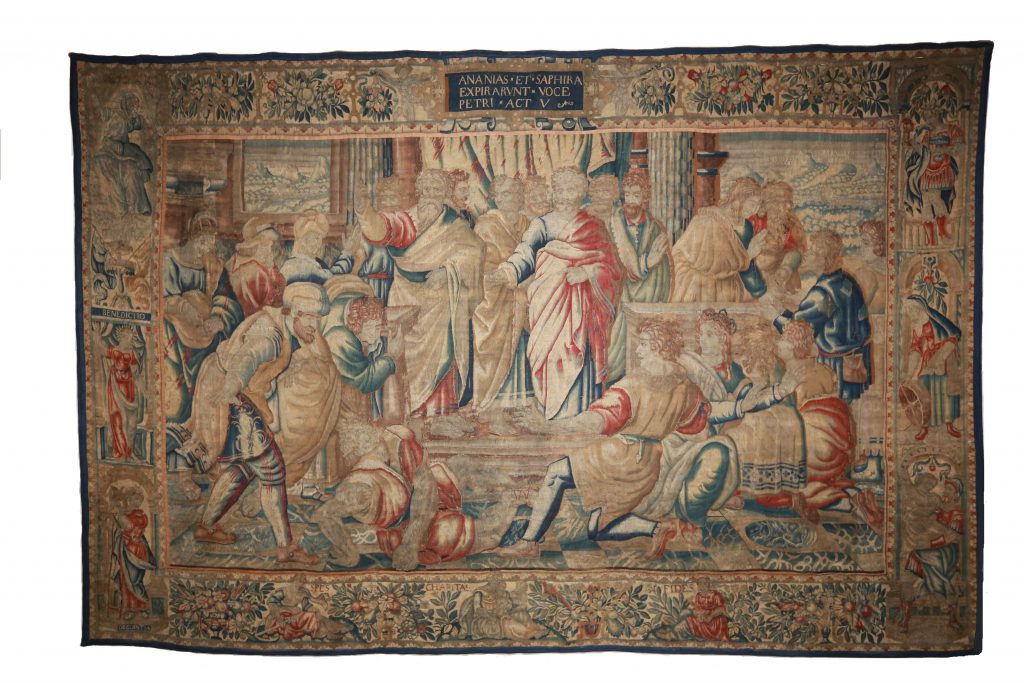 Also in Loreto in autumn, the Museo Pontificio della Santa Casa presents Raphael’s  “Madonna of the veil or Madonna of Loreto”. Adventurous story and success of a work of art, curated by Fabrizio Biferali and Vito Punzi, with the advice of the Vatican Museum. This exhibition will tell the story of a famous subject dear to Raphael, the so called Madonna of the Veil or Madonna of Loreto, of which an excellent replica was painted in the workshop of the master from Urbino – now lost – and was donated to the sanctuary of Loreto at the turn of the 18th century.

In Jesi (AN) at the Musei Civici di Palazzo Pianetti, also in autumn will take place the exhibition Raphael and Angelo Colocci. Beauty and science in the construction of the myth of ancient Rome curated by Giorgio Mangani, Francesco P. Di Teodoro, Ingrid Rowland, Vincenzo Farinella, Fabrizio Biferali and Paolo Clini. The exhibition aims to explore the connections between Raphael and the Jesi native, the humanist Angelo Colocci, a point of reference in Rome for artists, antiquarians and poets, through original documents and the use of innovative digital technologies which will allow for the reconstruction of masterpieces by Raphael.