Let there be light. “Shine” by Jeff Koons at Palazzo Strozzi in Florence

If in the Hamletic doubt we witness a world full of perplexity, hesitation, antagonism and still ambiguity, the explosion of “Shine” in its impetuousness at Palazzo Strozzi is extremely fascinating.

Irrident and sarcastic, the exhibition cuts and the works often questioned, yet strong with a redundant brilliance, launching messages of being or appearing, projecting under the human eye that deep and immediate lucidity, highly fantastic, capable of going beyond the mirrors and beyond the light. Beyond “Shine”. 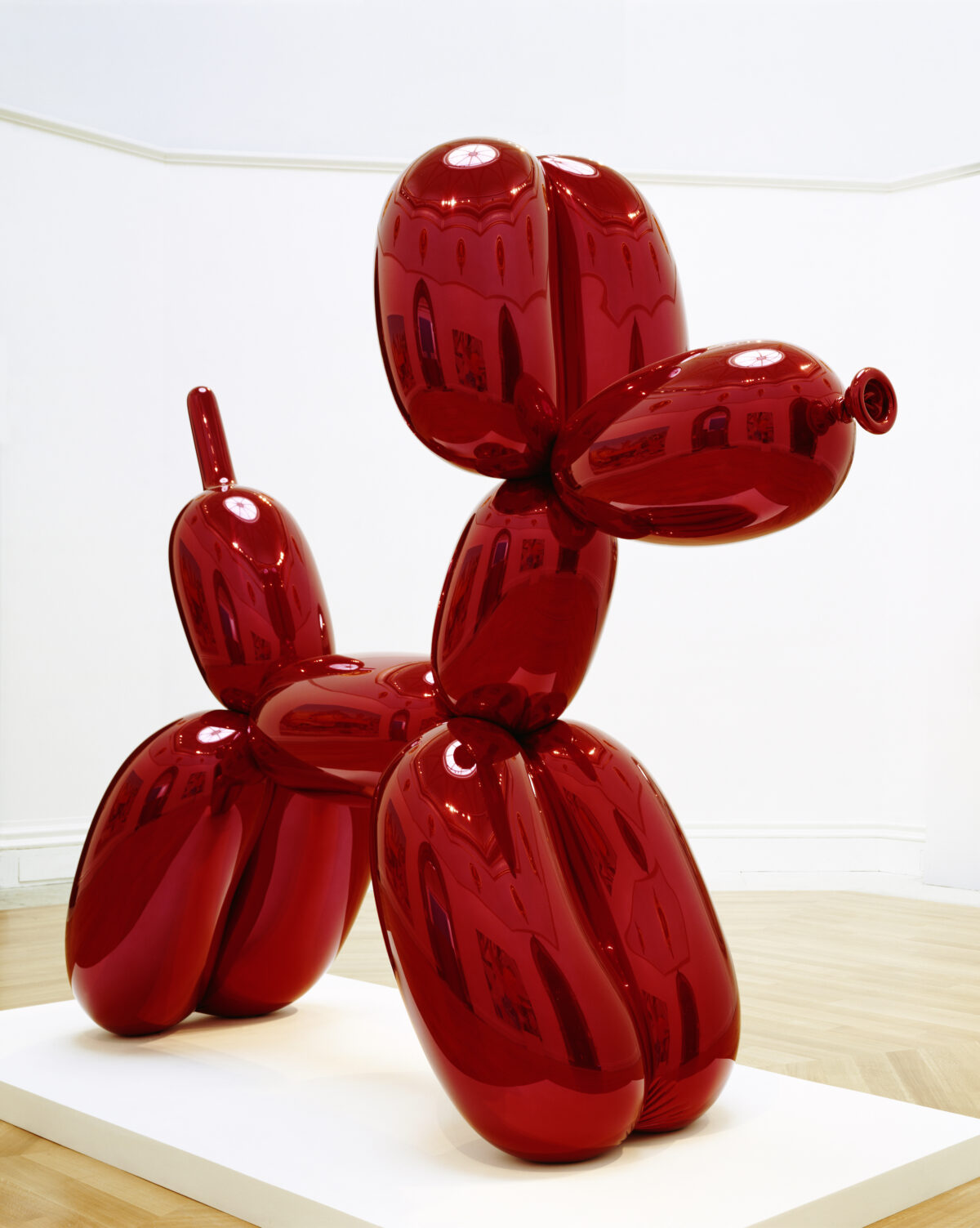 The event, curated by Arturo Galansino and Joaquim Pissarro, brings to Florence various, very famous works of this very famous character, who from the mid-seventies to today has revolutionized contemporary art, drawing messages from minimalism but also from Manet, who changes our perception of observing.

And even Leonardo so much for having inserted elements of the “Mona Lisa” in my works, without neglecting the Michelangelo Renaissance. As for Masaccio … well seeing “The expulsion from the earthly Paradise”, I applied myself to a body of work on sexuality, in order to help people remove feelings of guilt and shame 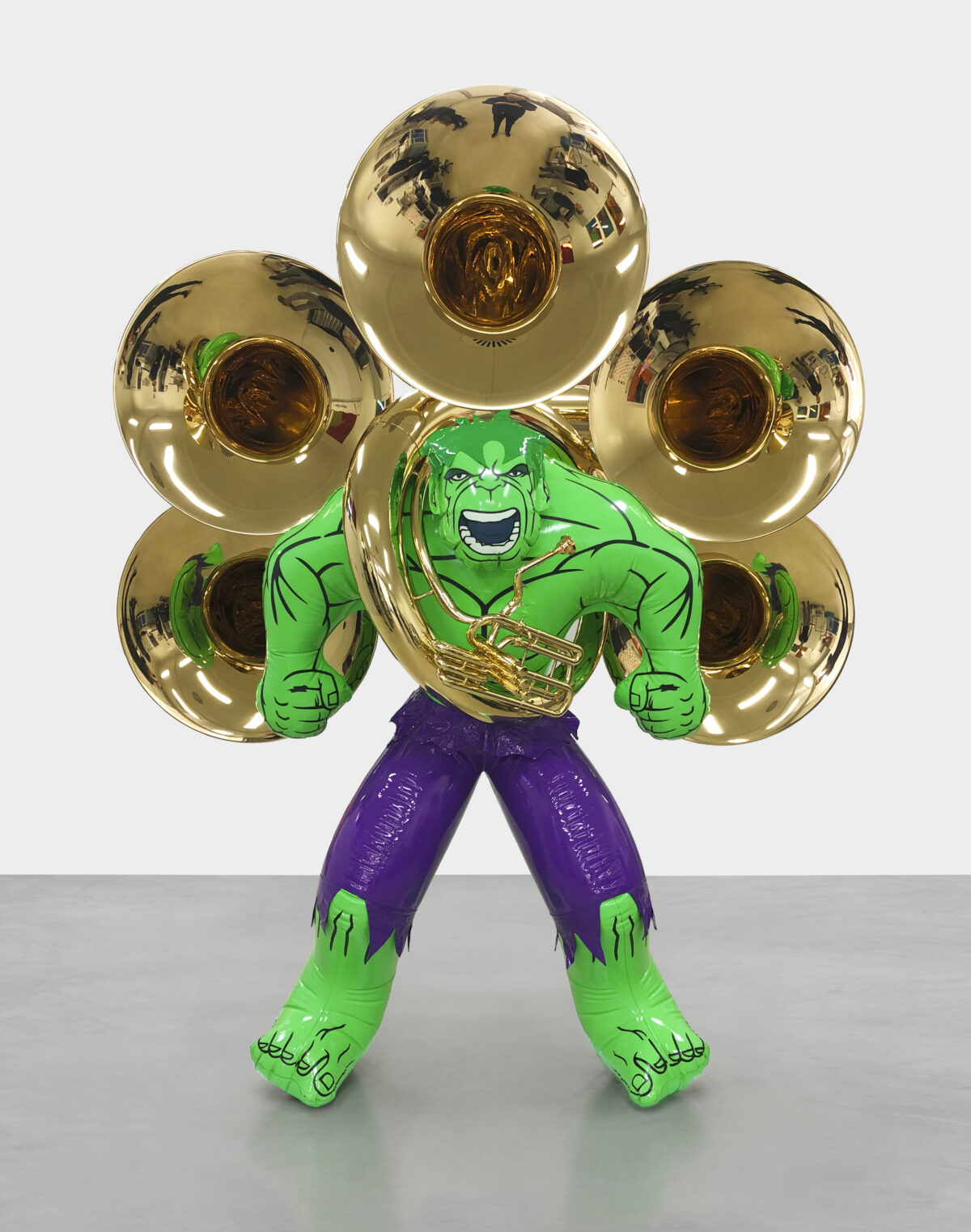 And if ancient and modern are opposed, this overview therefore represents the signal of a new beginning that in the context of the Renaissance architecture of Palazzo Strozzi, embraces the various “knowledge”, consolidating the experimentation of interpreting the current without canceling the experience.

As for Koons … His mastery? The inspiration of him? Combining high art culture with popular culture, followed by high doses of kitsch! “Democratizing” this aesthetic since, in his words … 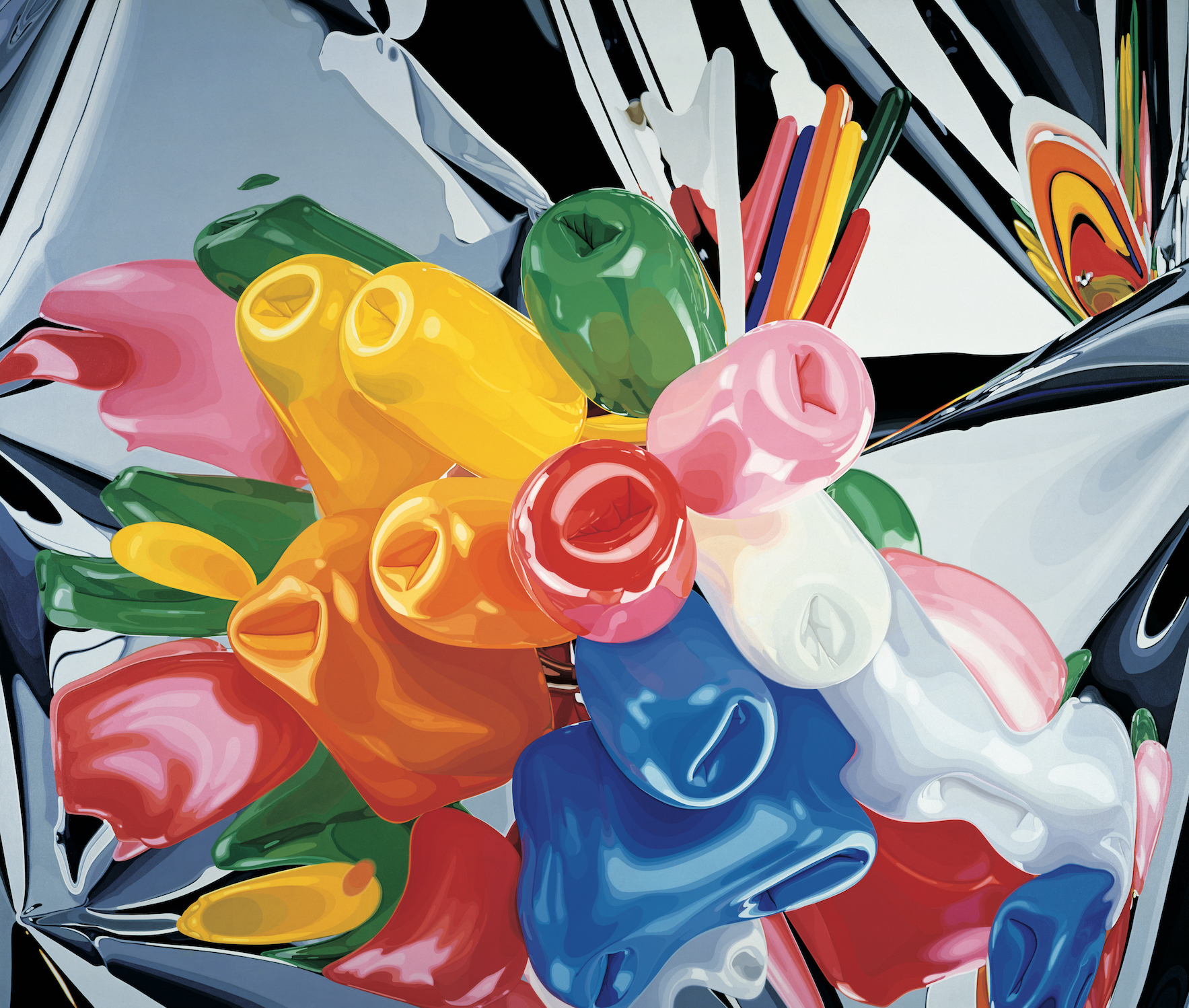 Linking the present to the past means continuing to link people to biological memory. It is different from instinct, but similar. We carry information with us deeply and this connecting force is a powerful narrative

In the large rooms, highly unique Gazing Ball (Apollo Lykeios) in plaster and glass, given that the sphere for Jeff, so simple and pure, refers to generosity, while the other spheres present – each hand blown – represent the bubble of human breath .

40 years of career tell the famous sculptures in perfectly polished metal, which replicate luxury objects such as the Baccarat Crystal Set (1986) and the iconic inflatable toys, the famous Rabbit (1986) and Balloon Dog (1994-2000).

Splendid “Bluebird Planter” in mirror-polished stainless steel with transparent varnish and flowering plants, in a sparkling succession up to the reinterpretation of Pop culture characters such as Hulk (2018), to get to the use of everyday objects such as One Ball Total Equilibrium Tank.

The question appears spontaneous, followed by confirmation, given that the works of the American artist place the viewer in front of a mirror in which to reflect, who knows … maybe even feeling like Emperor! Perfectly homologating to what surrounds it.

The exhibition also responds to the primary desire of the Cassa Risparmio di Firenze Foundation to contribute to bringing less present art to the city, addressing the broader audiences that include young people to whom it pays particular attention, thus intending to support adults. of tomorrow.

The Koons artifact is always and above all rediscovered, in a democratic and spiritual way, with works with a double meaning: light but also dialogue, interfacing. High depth of thought with man as a result of the environment where he lives; it is no coincidence that in German philosophy the artistic artefact is interpreted with those who confront it. 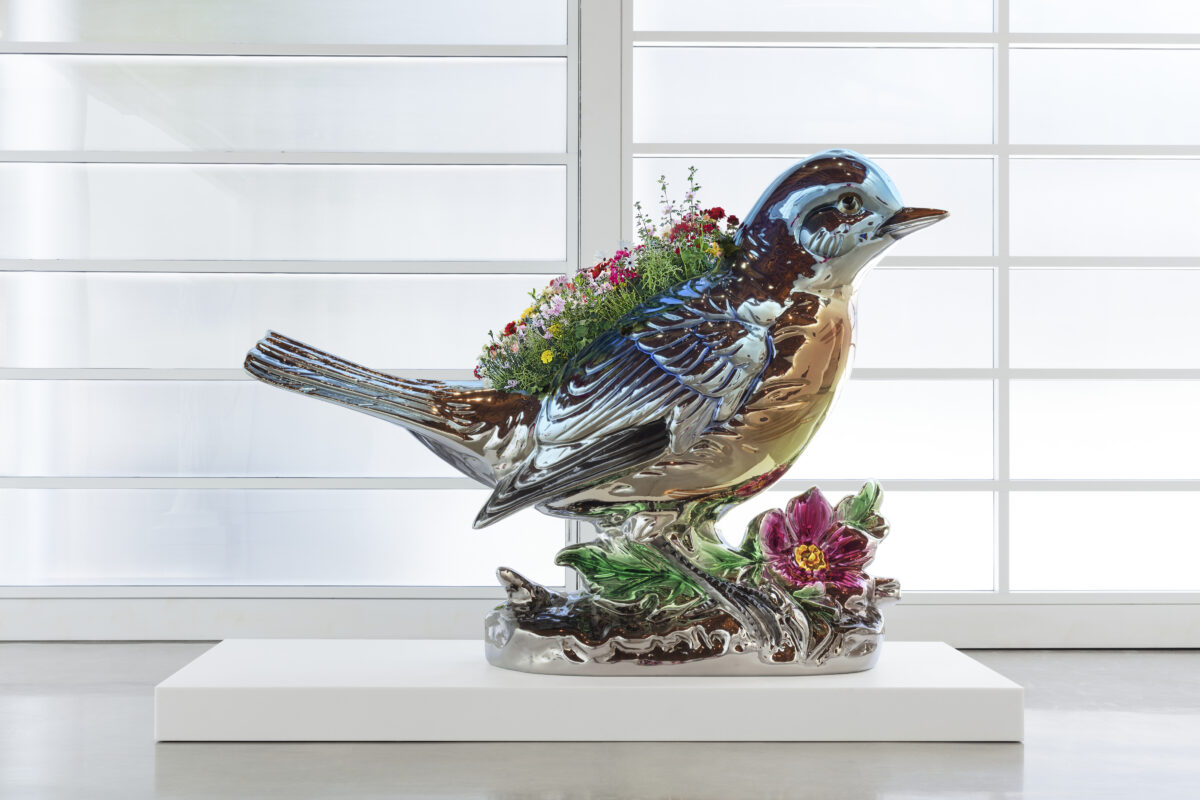 The mayor of Florence, Nardella, focused on the Renaissance so dear to Jeff Koons, so much so that according to him:

he refers to Cellini in the brightness, and with the splendor of the materials and colors man sees himself again. This exhibition at Palazzo Strozzi will leave an indelible mark as Florence is not a showcase for exhibiting

but a challenge certainly matured by Koons, given that his “toys” – pass me the term – represent the fruit of a great technical virtuosity and this American artist, who is an advocate of curiosity, offers us works of great immediacy

The governor of the Tuscany Region Eugenio Giani added

the challenge of the Dante city is to work alongside Palazzo Grassi in Venice, also by virtue of the Italian-American exchanges which are so profitable for the culture of both countries. As for contemporaneity, we must make use of the past, of the grandiose, and the city of Florence is a true example of this.

Jeff Koons emphasizes that he has always listened to the life of art that interfaces with all human disciplines, loving, precisely in this vein, the greats of the past such as Verrocchio, Rubens, Bernini, and others like Filippo Lippi and Masaccio. 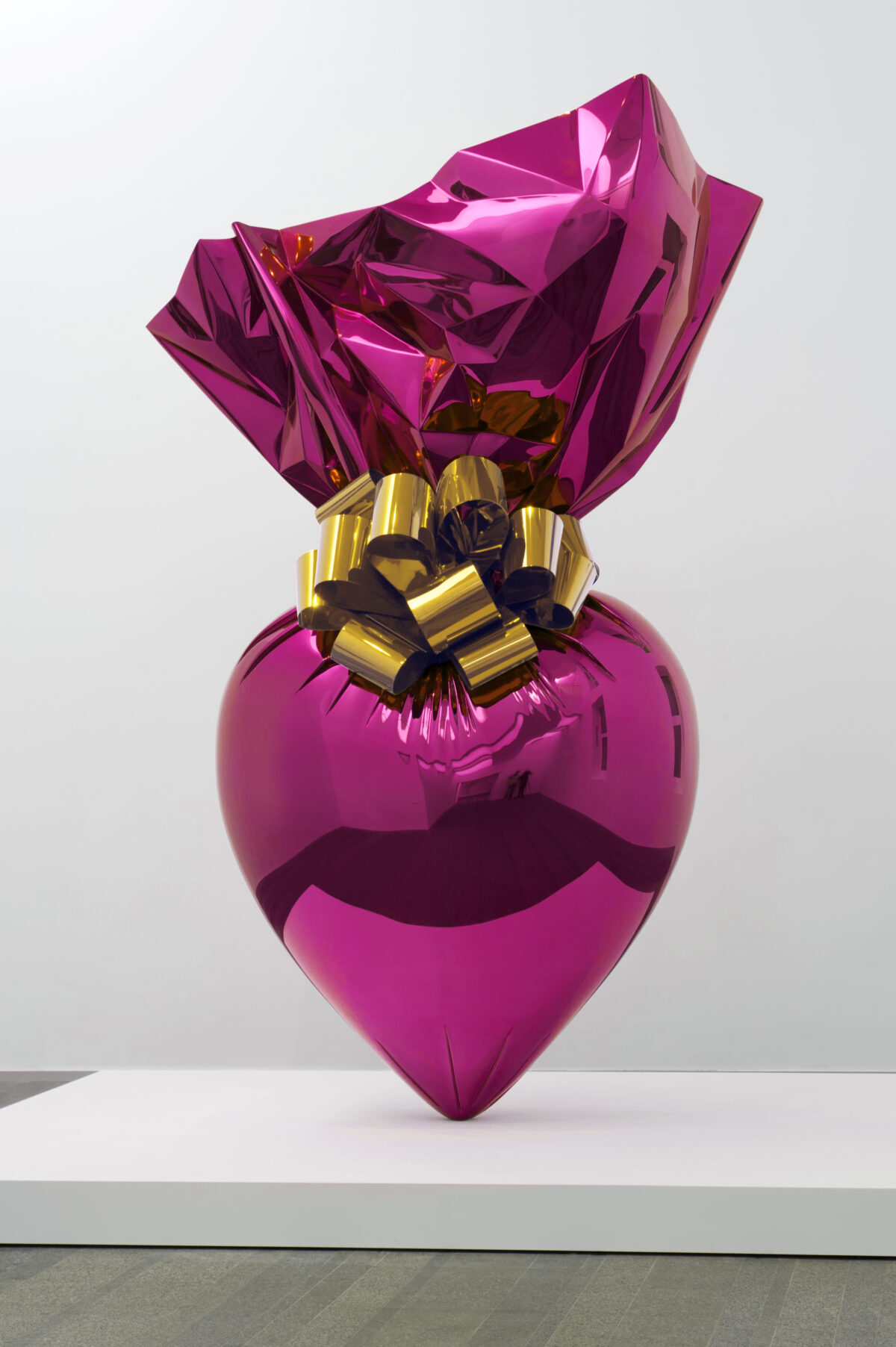 A variegated world without ever forgetting absolutely the Greek mastery. Humanism was my teacher, teaching me to wander, exploring what surrounds us. Palazzo Strozzi is an example of Humanism.

I have always participated in the dialogue of art knowing my limits; limits, however, to be overcome. By virtue of this, my journey with Shine is a life message observed in its most significant form

We recall that his works previously brought to Milan, the city of the canals and the Madunina, were also exhibited at the Florentine Antiques Biennale in 2015, with Pluto and Proserpina. The never ending story between past, present, future.

The brand specializing in men's accessories that speaks of elegance and refinement par excellence, Marinella's ties, have been dressing world leaders for over 100 years
Read more
Sky Land Sea

The goal of this two-year commitment is very ambitious: to improve coordination between companies in the Tuscan district that produce luxury yachts to improve their social impact and reduce that on the environment
Read more