Maurizio Cattelan at the Pirelli HangarBicocca in Milan

Maurizio Cattelan returns to exhibit in Italy, after numerous solo shows all over the world, with a major retrospective that will be scheduled from 15 July to 20 February 2022 at the Pirelli HangarBicocca in Milan.

Breath Ghosts Blind is the title of the exhibition, which traces thirty years of the artist’s career as well as new works that will be previewed.

Cattelan thus returns to exhibit in Milan, a city that has welcomed some of his most famous and also controversial interventions, such as the installation in Piazza XXIV Maggio Untitled (2004) 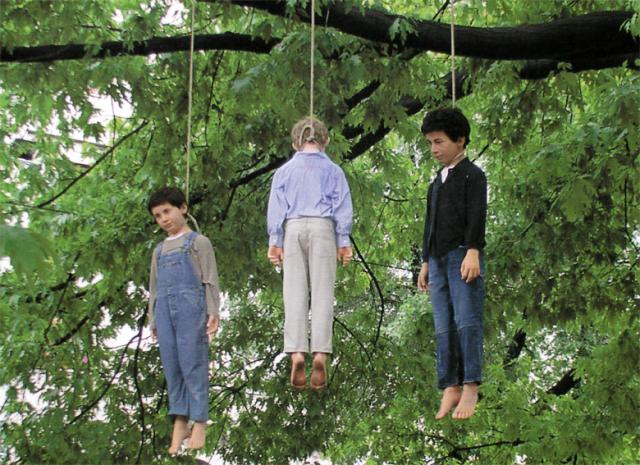 A return to Italy that comes after some important and often talked about commitments abroad, among all the 2016 retrospective at the Guggenheim in New York, the exhibition held in September 2019 at the Blenheim Art Foundation in Woodstock in the United Kingdom, which has become a news story, it is still not clear whether real or artfully mounted, due to the theft of the work America, or the toilet made of 18 karat gold.

Also in 2019, Cattelan participates in Art Basel Miami Beach at the stand of the Perrotin Gallery, invaded within a few hours by visitors who flocked to admire and photograph Comedian, a work that the artist created by attaching a banana to the wall with adhesive tape .

The Milanese retrospective will retrace the typical themes of Cattelan’s research, which often draws inspiration from historical events and symbols of contemporary society and culture, highlighting contradictions and shadows through an ironic, corrosive and goliardic language only in appearance.

The Pirelli HangagBicocca will thus exhibit historical and unpublished works, thus giving life to a project that “develops in a sequence of distinct acts that address existential themes and concepts such as the fragility of life, memory and the sense of individual and community loss. The site-specific project of the exhibition in Pirelli HangarBicocca challenges the current system of values, between symbolic references and images that belong to the collective imagination “, explain the organizers.

Curated by Roberta Tenconi and Vicente Todolí, the exhibition will be accompanied by a catalog published by Marsilio Editori which includes, among others, critical contributions by Francesco Bonami, Nancy Spector, Arnon Grunberg, Andrea Pinotti and Timothy Verdon.

The most expensive food in the world? Albino caviar: Excellence and Respect for the Environment

The extreme luxury of this gastronomic product, reserved only and exclusively for very wealthy palates, has a very specific reason: the albino sturgeon is very rare and must be treated with great care and attention
Read more
Luxury & Sustainability

KELONY® has opted for recommending these countries as tourist destinations with travelers’ safety in mind, after evaluating their stability in terms of risk in all its aspects through the KELONY® Risk-Rating scale and the new Science of Risk
Read more
Load more

The international event confirms its next edition Under the High Patronage of S.A.S. Princess Charlène of Monaco from 14 to 18 May 2021
Read more