A visit to Roger Corona’s Atelier is one of the first things to do when arriving in Milan. The Atelier is only a short stroll from the Milano Centrale railway station, near the historical Excelsior Gallia hotel, a symbol of high-class hospitality.

The warmest welcome awaits visitors at Roger Corona’s. His kind manners blend with the slight French accent that still lingers in his amiable, polite voice.

Roger was born in Marseille. He later moved to Florence with his family, and finally to Milan after working as a FIAT executive. His courtesy and slight shyness quickly earned him the nickname of gentleman, the perfect calling card for his sophisticated vision of the body in photography.

Something unexpected meets visitors at the entrance to his Atelier. His private IO & IO collection (1993), twelve portraits of painting masters, all from Milan, who reimagined themselves by bringing their own style to the photo prints. 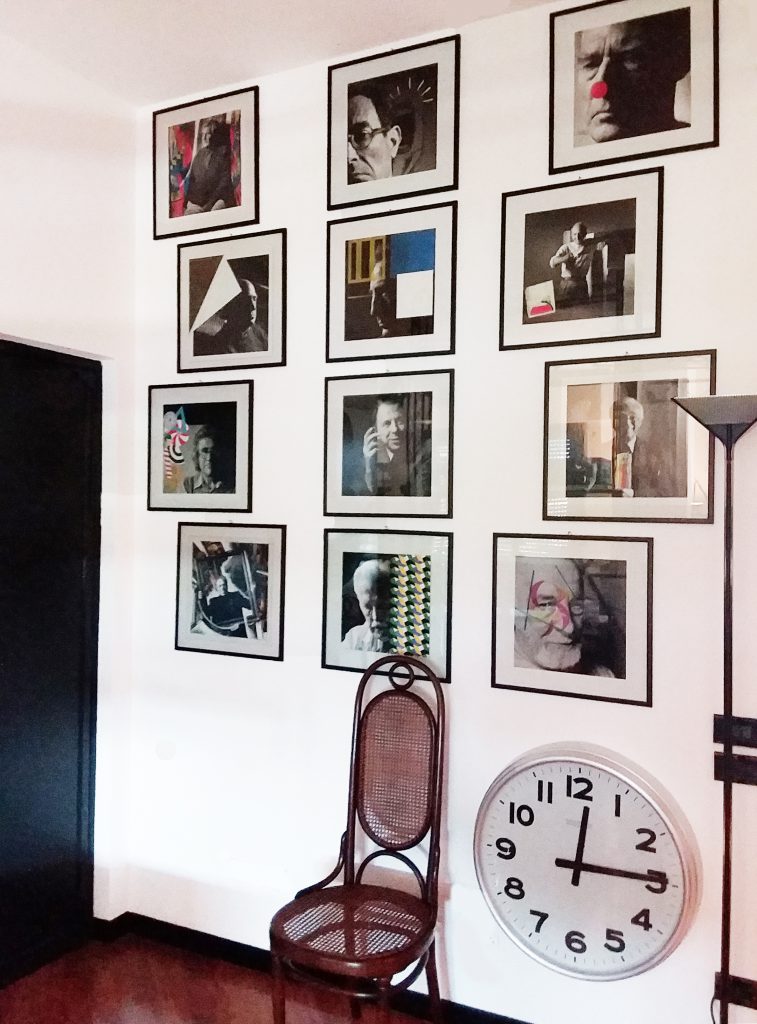 To the usual clash between photography and painting, Roger Corona preferred an alliance. A work of introspection.

One of his latest works, but one of the first met at the studio, is Les Femmes de la Lune: a four-handed piece mixing photography and sculpture, born of his friendship with iron sculptor Vivide Mantero.

Roger and Vivide met in 2003 in Zanzibar, on the Kiwengwa beach, where Vivide had her workshop and Roger was shooting for a well-known Italian tour operator.

In time, their encounter bloomed into a solid friendship that also united their arts, apparently incompatible. Photography is two-dimensional, fragile and perishable. Iron is three-dimensional, hard and indestructible. Yet they both sculpt, however different the materials they use: Roger makes shapes out of light, Vivide molds the iron she retrieves from waste objects. Hence the idea to dress in hard iron Roger’s nude portraits.

A case turns heads at the studio. A pair of pink fur handcuffs, a symbol of provocation and transgression, takes visitors back to twenty-five years ago. It was 1995 when Roger Corona took one of the most iconic, playful and cheeky pictures of the 90s’ ads. 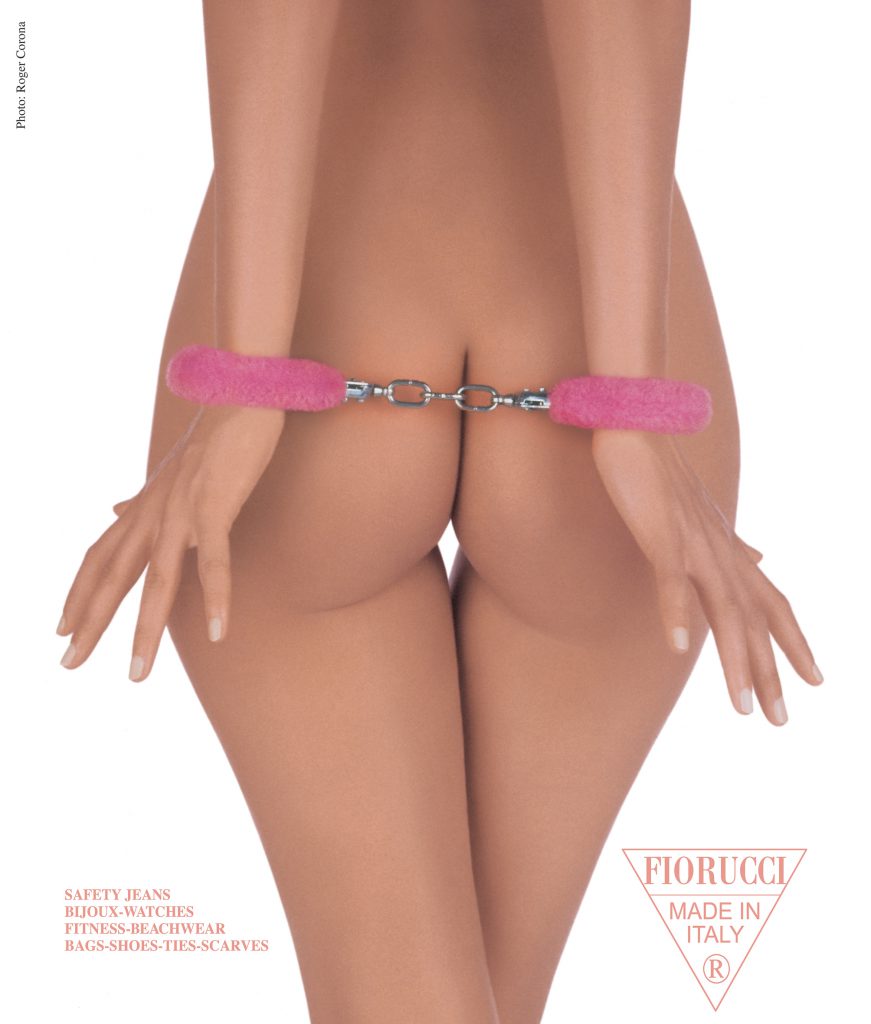 His campaign for Elio Fiorucci, the pioneer of contemporary cool hunters, the visionary inventor of the first concept stores where shopping is not just about buying, but about having fun too, a true way of life.

To his censors’ accusations, Fiorucci responded:

Vulgarity is not measured in centimeters of clothes. We were born naked, clothes are hypocrisy. In my life, I have always tried to free nudes from vulgarity, and to praise bodies’ freedom

It has always been like that for Roger Corona: in October 1993, the French magazine “Photo” published his “Femmes Extrêmes” portfolio, which then became a book in 1994. 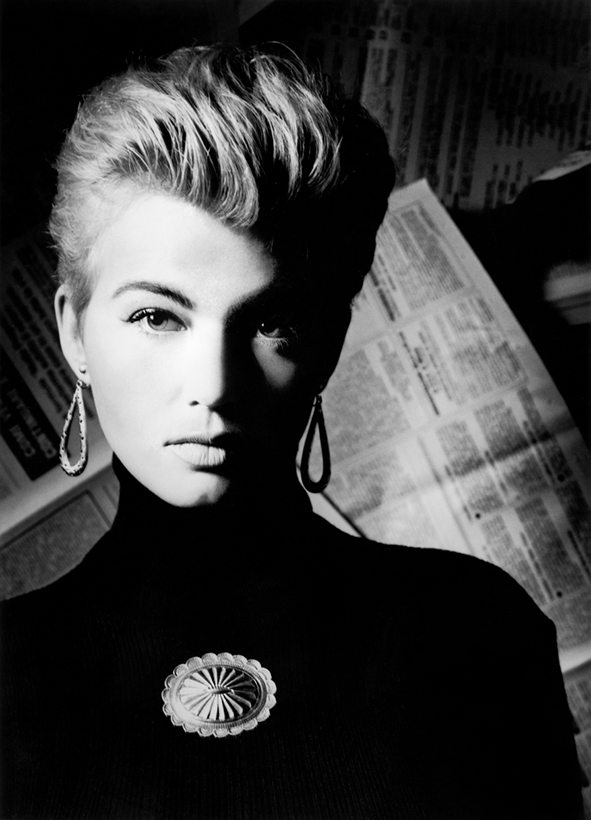 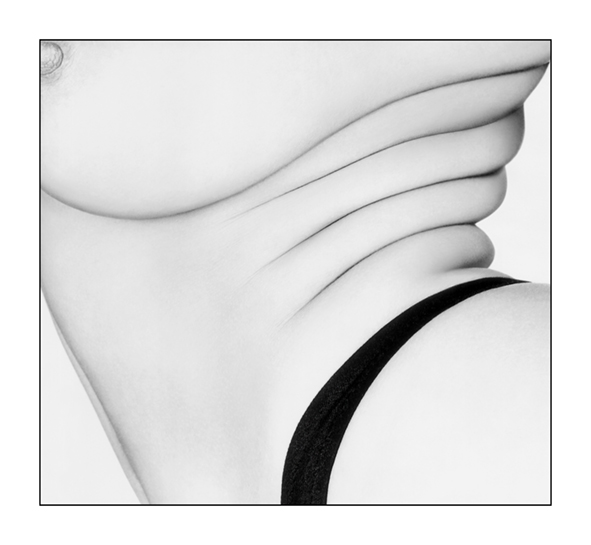 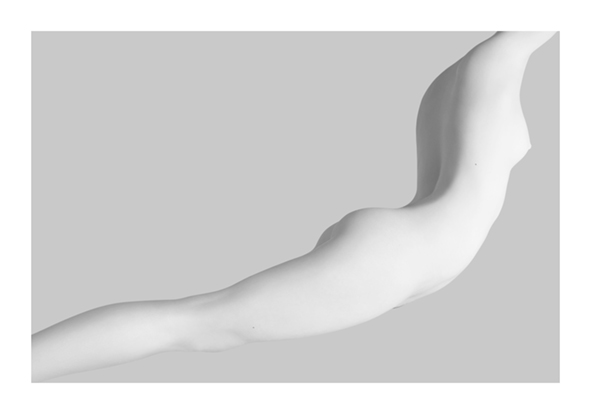 The body is the hardest challenge one could face, especially in today’s image-oriented society, where it is the inescapable, predominant subject, conveyed by messages that are more and more incongruent and confused

writes Professor Giuliana Scimé, one of the most renowned and distinguished historians and critics of photography.

Roger has managed to create a truly peculiar, original style. He expresses himself with a sophisticated, educated taste, and not even the faintest vulgarity taints his research

A play of fantasies plunged into a rigorous composition, in a geometric pattern (from his namesake 2017 book “Pattern Geometrico”) where the body contains all shapes.

Even pictures that could be considered as strong or transgressive may be admired for their aesthetic harmony. Sometimes, privileging details is bizarre, nonconformist. It shows great resourcefulness

Some photos of his that picture the body abstractly are also intriguing: shapes are hardly recognizable, or need attention to be, and thus force us to reflect on what we give for granted and familiar. […] His whole work should be considered as a poetic tribute to harmony

The liberating contemplation of beauty that can be experienced at his studio is Roger Corona’s gift, an invitation to keep nurturing kindness and harmony

His Atelier, where he works with Lidia Zaccaro, his long-time assistant, now in charge of the Archive. 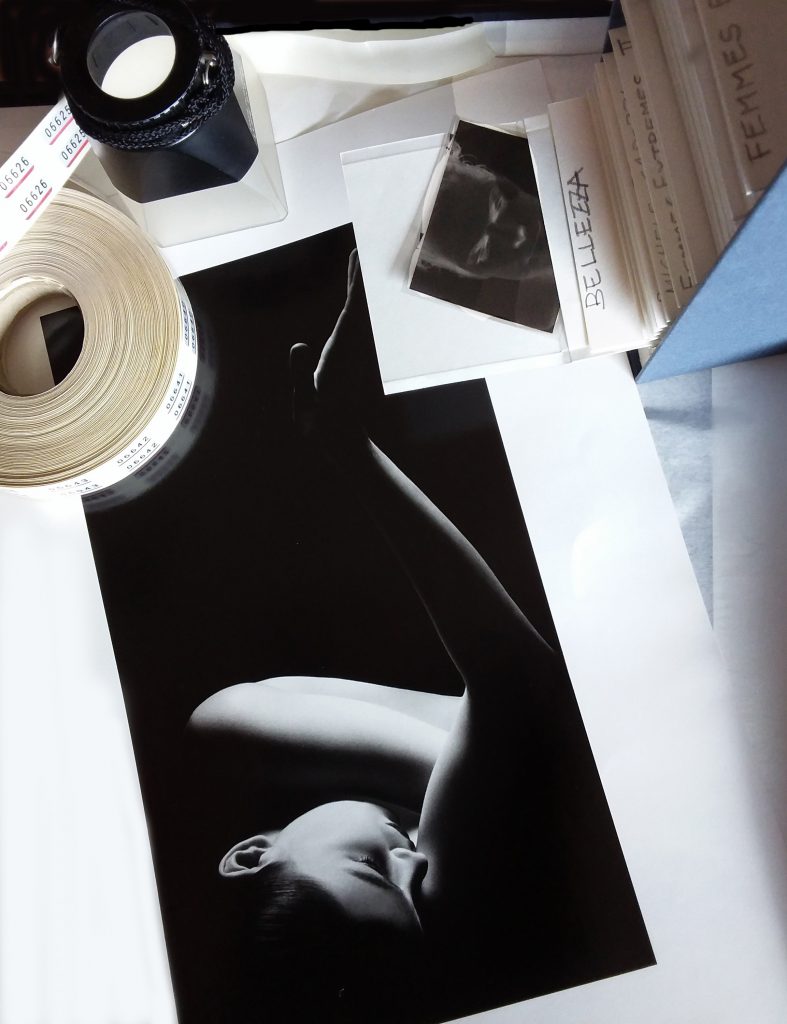 The Atelier treaures an extraordinary archive covering over forty years of work, which tells so much about him.

Roger Corona is the photographer of beauty.

Along his career in photography, he has created campaigns that have become part of the collective imagery, including the famous Fiorucci campaign (1995) and the A. Testoni campaign, winner of the international award in New York for the best advertisement of the year (1997).

He has been published by Italian and international magazines like:

Besides his advertorial work, he has always been active in photographic research.