Massimo De Carlo, opens a new space that can be visited by anyone in the world. A new virtual reality is inaugurated next to the galleries in Milan, London and Hong Kong.

In a historical moment characterized by a lockdown that has frozen all types of economic activity and is forcing entire populations to stay at home, it might seem almost surreal to hear about the realization of new projects.

Especially if such news comes from the art world, and especially from that of galleries. At present, in Italy (as in the rest of the world) the cultural sector is among those most affected by the economic crisis caused by the Coronavirus: museums, foundations, galleries are closed to the public, while fairs, biennials and major events have been postponed or even canceled. 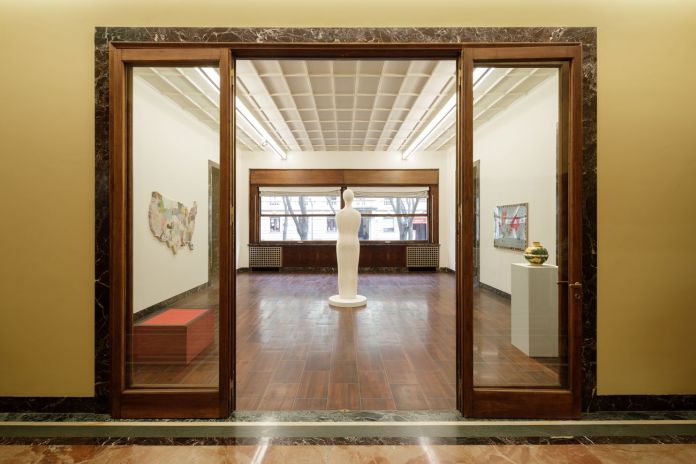 In recent weeks, however, the actors of the system have discovered and re-evaluated the potential of the web, offering exhibitions, fairs and educational activities to the public through digital tools and social networks.

In Italy a gallery owner, among the best known and influential in the world, has thought of opening a new space: Massimo De Carlo, it is a virtual space, whose inauguration is scheduled for April 14th.

Massimo De Carlo VSpace is a project conceived and created in collaboration with web designers and IT technicians that uses real-time technology. How does it work? Real-time 3D virtual reality rendering processes a large amount of high-speed 3D images, allowing the viewer-visitor to have a realistic and interactive experience, thus coming into contact with the works and with the (virtual) space in to which they are found.

A new way of enjoying art, which in this period undoubtedly proves to be a choice that is not only necessary but also a winning one, given that the usual gallery audience is unable to go to exhibitions. But regardless of the ongoing health emergency, that of the “virtual space” proves to be a useful tool to enhance sales activities and the relationship with collectors.

Virtual Space opens with a bi-personal exhibition of the artists John Armleder (Geneva, 1948) and Rob Pruitt (Washington, 1964) represented by the gallery since its first inauguration in 1987, Armleder presents a series of colorful, abstract and geometric works that reflect on the concept of space. New works by the post-conceptual artist Pruitt will be exhibited, featuring colorful squares and symbols.

The new VSpace will be open to visitors – just like a real space – starting at 4 pm on April 14, on the http://www.massimodecarlo.com or through the hardware of the Oculus glasses http://www.oculus.com