Tall, dark and handsome, with that slightly mysterious expression, Bradley Cooper has become, for all intents and purposes, the world’s most beloved star. Not only does the camera love him, but he leaves an indelible mark on each and every one of his roles, whether he acts in a light-hearted movie, like The Hangover saga, or works with most famous directors in Hollywood.

After proving his incredible talent in front of the camera (with two Oscar nominations, for Silver Linings Playbook, 2012, and for American Sniper, 2014), Bradley, now a charming forty-three year old, has now moved on to the role of director with A Star Is Born, the fourth reinterpretation of the great classic of the same name.

Cooper wrote the screenplay of the movie, composed part of the soundtrack, and even learned to sing and talk like a country-rock music star, lowering his vocal register by an octave to sound hoarser and gruff.

“Do you want to know how it all started?” – he asks me – “in 2014, during American Sniper’s promo tour, I went to an event in Los Angeles, at the Chateau Marmont, with Clint Eastwood, one of my mentors and the director of that movie. We arrived just as Annie Lennox was singing “I Put a Spell on You.” I was hypnotized, so I said to Clint: ‘How about we shoot a new version of A Star Is Born?’, but he replied that too many people had already done that.
After a year I started thinking about it again.
I wanted to tell the story of two lost people who meet and who really love each other, but whose love is not enough to heal the wounds of their souls”, explains Bradley Cooper. 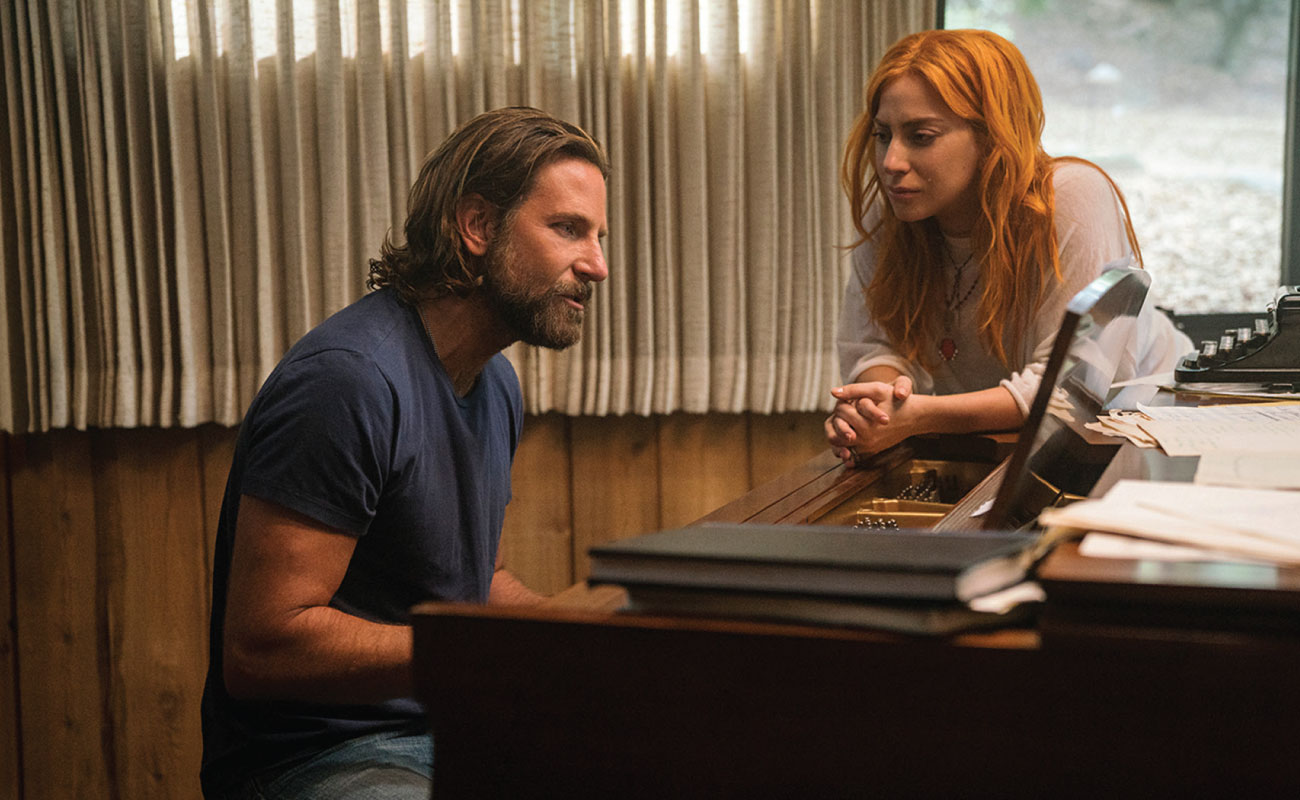 “Lady Gaga is incredible, we bonded immediately and we made a deal: I had to believe in her as an actress and she had to believe in me as a singer. Et voila! After 42 days of filming, the movie was born”. Then he looks up, as if he was looking out to the horizon, and answers my question, repeating it aloud first, to test it out.

How did it feel to sing live?
“At first I was terrified, I felt like a child at his first school play, looking for his parents in the audience to find courage!”
Of course. Family. Cooper grew up in the suburbs of Philadelphia, and always had a very close and loving relationship with his father (who passed away in 2011).

“He was extremely passionate about cinema and he always shared that passion with me. You know, I wanted to look like him when I was young. When I went to school I dressed like him and even carried a briefcase similar to the one he owned! Here, see (he shows me a wedding ring that he wears on a chain around his neck)  …it’s like he reminds me, subconsciously, to always do my best “.

A brief pause. He drinks a sip of water and then adds: “I really did grow up in a nice family. Sunday at home was always an Italian feast; my grandma made the most amazing pizza and lasagne!  Now that I have a family of my own (he is engaged to Irina Shayk, with whom he had his daughter Lea two and a half years ago), I feel like a lucky and happy man. Maybe that’s because I have some Mediterranean blood in me?”