Esxence – The Scent of Excellence

As media partner, Excellence Magazine is delighted to celebrate 10 success-filled years with ESXENCE – THE SCENT OF EXCELLENCE. The world’s leading international Artistic Perfumery event comes back to Milan with more than 200 exclusive brands and the sector’s most refined, prestigious community. In 2016, in Italy alone, alcohol-based creative perfumery marked up a 60% increase in turnover compared to 2015, achieving a value of more than 200 million Euros and accounting for approximately 2% of the entire Italian beauty market

Esxence – The Scent of Excellence is gearing up for the tenth edition of what is now internationally acknowledged to be the world’s leading event devoted to artistic perfumery. Not so much a goal, this is more the continuation of a mission that’s set to project Esxence towards a future of increasingly enticing, innovative challenges. In ten years, Esxence has contributed to writing some crucial pages of history that only artistic perfumery, whose roots delve deep into nature and its priceless raw materials, is capable of translating into notes with the potential to capture all our senses.

Esxence is not just another trade fair. In fact, it is not a trade fair at all: it is the moment when all the elite of the sector – perfume houses, noses, connoisseurs, researchers, buyers, specialists, distributors, professionals and aficionados – get together in Milan in the name of the most authentic, refined olfactory culture. Esxence is the quintessential international stage: it is here that all the new ideas are launched every year… and it is at this incubator of talent that new brands and young people want to take their first steps, knowing that they are showing themselves to the leading names in the field. Esxence is the trade showcase in the highest demand worldwide: the evidence is in the masses of applications to take part in every year’s selections and the waiting lists they join.

More than 200 perfume houses – both well-established ones and newcomers – will be present at Esxence directly or via their distributors, representing the excellence of the international artistic perfumery sector. These brands have passed the hurdle of strict selection by the Technical Committee – eight anonymous experts, plus a president – based on the quality of their olfactory suggestions, the criteria of their distribution and the match between their concept and the world of creative perfumery, pursuing the aim of giving visibility to excellent quality and offering visitors none but brands that express great respect for the art of perfumery. As a consequence of this painstaking, detailed selection process, Esxence is in a position to offer its visitors an excellent array of interests for new business and discoveries every year, confirming Milan’s role as the world’s artistic perfumery capital. On the one hand, there are the Main Brands, names that have long had a stable presence in the market (40% of the brand list), while on the other Esxence fulfils its function as an insightful scout in its sector, drawing up a list of new proposals, dubbed ‘Spotlights’ (60% of the total), the best of the emerging new brands. This significant factor confirms the Milan event as the most prestigious setting for venturing forth officially onto the international stage. Foreign brands in fact account for 70%, most of them coming from the rest of Europe, although some also come from the United States and the Middle East, once again illustrating the salon’s international leadership and vocation.

In the more than 5,000 square metres of The Mall, the event will host businesses coming from numerous countries on all five continents. But Esxence is more than just a place to get together, exchange ideas and forge new contacts: it is also a business forum. Because this sector constitutes a significant heading in the economy: in Italy alone, alcohol-based creative perfumery accounted for approximately 12.5% of total perfume consumption in 2016, with sales in excess of 200 million Euros (retail), in other words some 2% of the Italian beauty industry’s total turnover of 9 billion Euros, values that are growing constantly and rapidly, showing that there is still a huge market waiting to be explored and won over.

“Esxence has proved its ability to forge an identity and a consistent profile for international Artistic Perfumery, becoming its most important meeting place and incubator of opportunities. It is now a thriving organism that can count on hundreds of activists worldwide and thousands of faithful consumers. It has watched as the sector’s turnovers have grown by double-figure percentages in the ten years that it has acted as its guide and inspiration”, states Esxence co-founder Silvio Levi. “As a consequence of our work, this quality perfumery has become much better known by the public, but there has also been an increase in awareness of our sector’s aesthetic and innovative value, inducing us to talk in terms of true art. Over the centuries, perfume has progressed from being an element of perdition, an expression of devilry associated with sinfulness, to being not only accepted, but a means of expression that speaks about us and our style. Others ‘recognise’ us not only for our appearance and how we speak, but also for our fragrance. Behind the handful of great perfumes and among the many that are merely good, there often hides a history as complex as it is alluring. With seven notes you can write both a pop song and a Beethoven symphony: the raw materials are the same, but the results are diametrically opposite. For a perfumier, on the other hand, a solfeggio is far longer and more complicated than for a musician, because he has to be familiar with more than 3,000 ‘notes’ and will use at least 300 of them constantly. Maybe that explains why only a few have so far given mankind true masterpieces of the olfactory art, but the time has now come for them to be attributed the same importance as we have long given to painting or to music.”

“We have forged the cult of creative perfumery”, adds Maurizio Cavezzali, president of Equipe International and co-founder of Esxence. “These days, the world looks to us in its attempt to understand the sector’s latest trends and who is making them happen. Ours has been a very dedicated task, involving a great deal of research, to create an independent event that has proved itself with the very high quality of its proposals. 85% of the world’s most relevant brands now pass through this event every year. And there’s more: Esxence acts as the springboard for emerging brands who want to make their mark. Only those who really have what it takes succeed in winning a place here so that they can then grow, like the numerous emerging brands that have become famous since starting out at Esxence. We are capable of doing this in what is still a niche market, so one where there are enormous margins for growth and plenty of potential.”

ESXKIN – THE EXCELLENCE OF BEAUTY

Beauty does not live by fragrance alone. For the fourth year running, the fair’s exhibition spaces are also hosting the special section devoted to niche skincare, Esxkin – The Excellence of Beauty, where the world’s most exclusive brands will show their distinctive innovative formulae, effective ingredients, quality raw materials and original approaches to the creative cosmetics sector. Come here to discover and hear original testimonies and some truly interesting stories.

THE AGENDA OF EVENTS

During the four days of the salon, ample space will be devoted to meetings and special events with some of the world’s most authoritative leaders in the field, conforming the Esxence mission of promoting olfactory and cosmetic culture both to professionals and to the public at large. Workshops, analyses of new markets and new trends and debates about progress made and challenges to be faced will all feature international experts, authors of important publications and magazines, researchers and scholars. Visitors will also be able to experience olfactory itineraries, one of which will involve all five senses, and attend book launches, one dedicated to the history of perfume in Venice, the other to the secrets of oud. Lastly, for the fourth year running, Esxence will host the announcement of the finalists in the Art & Olfaction Awards, the prestigious Los Angeles-based award for independent artistic perfumery. Every moment on the events agenda is completely free of charge and open to all visitors to Esxence.

It is right in the heart of Milan’s most innovative district that Esxence celebrates its tenth anniversary by inviting the public to admire an evocative set-up whose design focuses on Milan and its unmistakeable skyline. With such a strongly symbolic visual impact, this design associates the event’s identity and value with the colours gold and blue, celebrating the significance of a special event, one whose aim is to attract the international community and share with it the bespoke quality of the proposals waiting here to be discovered, together with the beauty of the host city, so as to create an international network of individuals united by their passion for excellence. 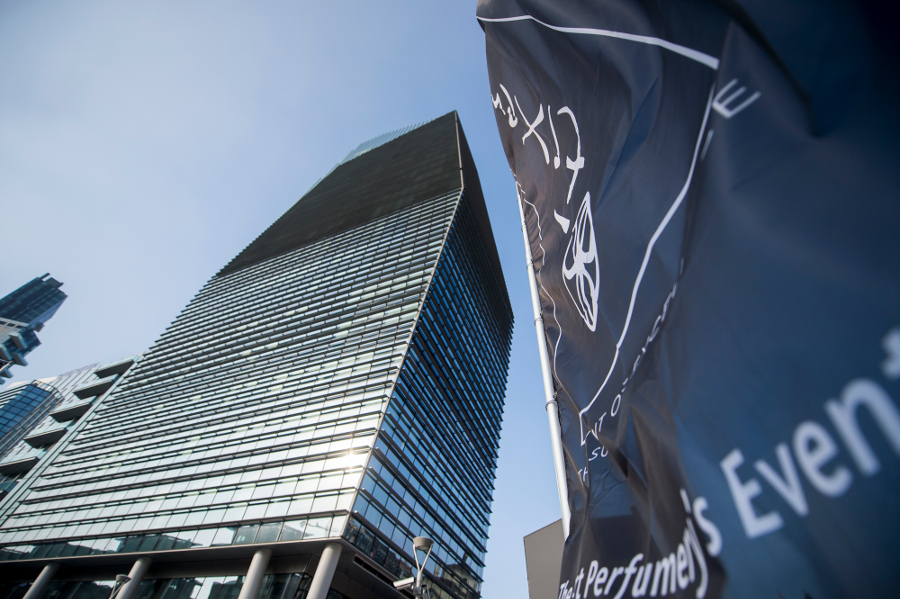 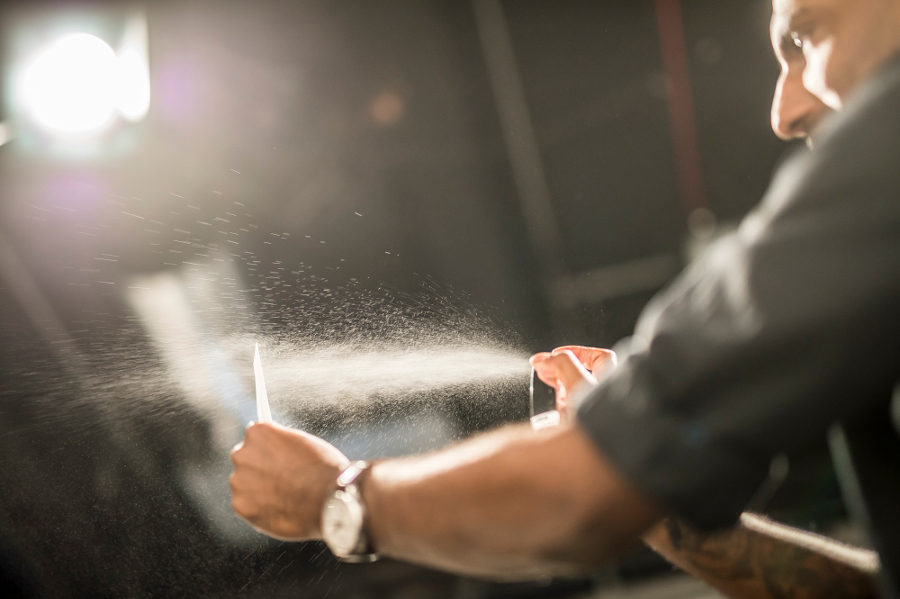 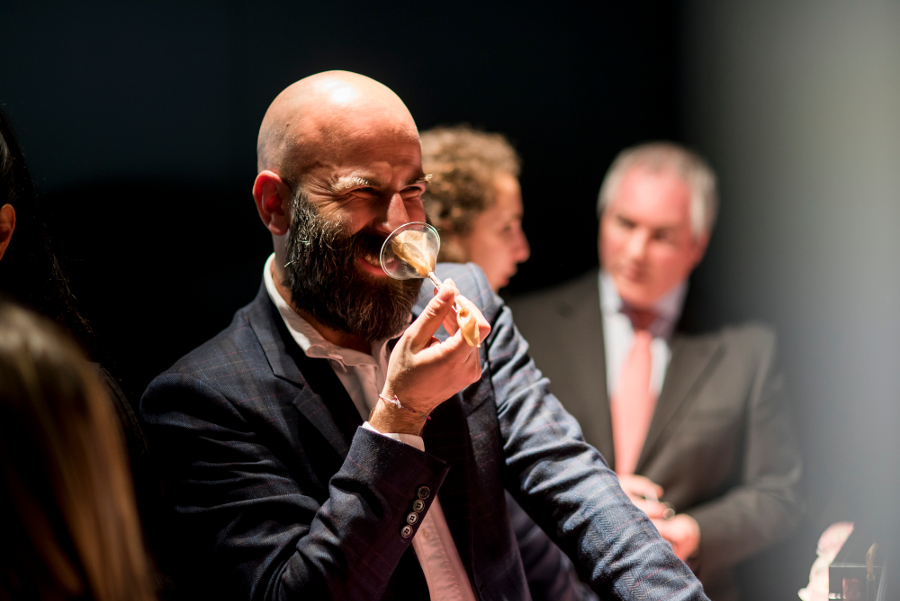 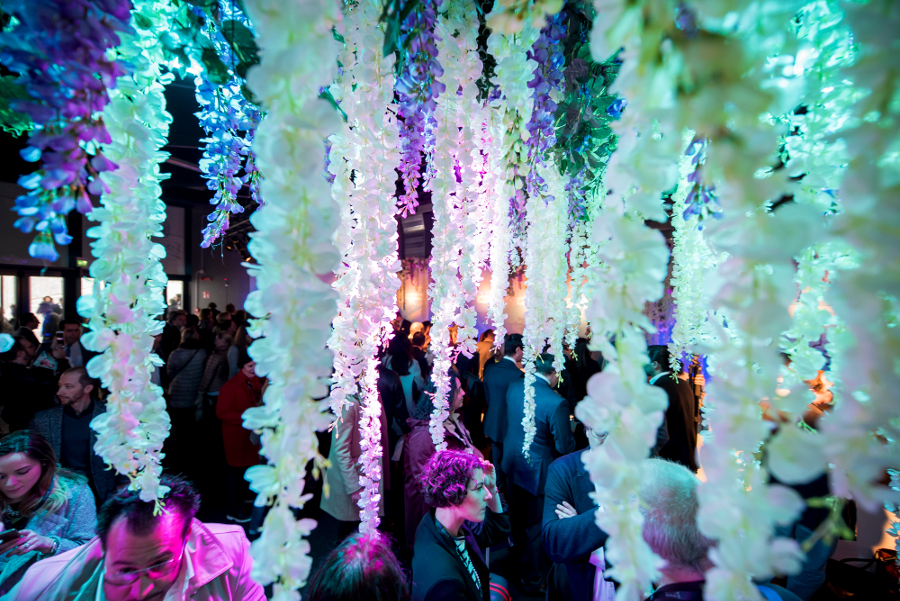 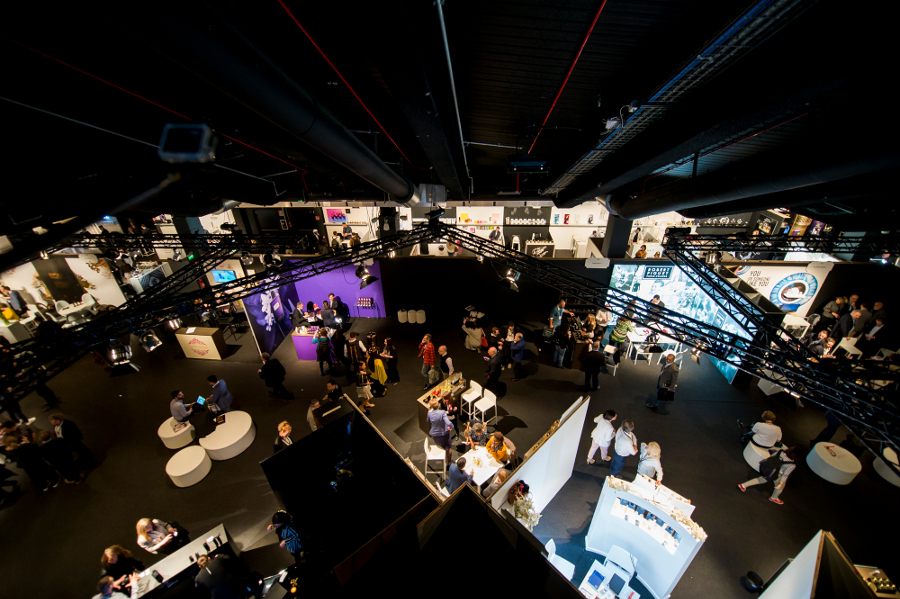