Kansai Yamamoto: a legacy of beauty and traditions

It is impossible to think of Kansai Yamamoto and not picture his most famous creation: the “Tokyo Pop” suit, designed for David Bowie in 1973. 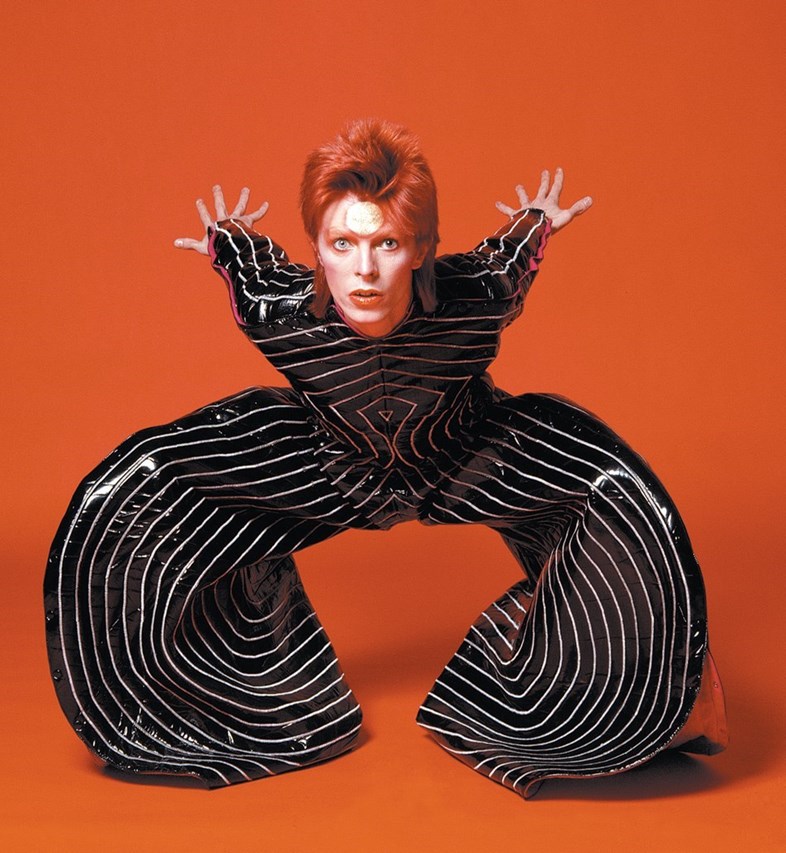 Meant for the Aladdin Sane Tour, it immediately became a timeless icon, captured by Herb Ritts in a 1989 photo shooting: it summed the Eastern and Western cultures up in fashion, splendidly interpreted by the clashing style of David Bowie.

After Yamamoto passed away a few days ago due to leukemia, this is my small tribute to celebrate his career and recall his incredible smile.
The tape rewinds to 1971, when London welcomed the Japanese seventeen-year-old designer as he took to the runways with his first show.

An event that called celebrities like Stevie Wonder, Elton John and Bowie himself, who was struck by that quirky man’s style: “He has an usual face… He’s neither a man nor a woman… There’s this aura of fantasy that surrounds him. He has flair.”

Kansai Yamamoto and the other Japanese that followed him to the West, like Issey Miyake or Rei Kawakubo, revolutionized the aesthetic ideals of the ‘70s fashion. Yamamoto’s vision fascinated artists in London at a time where the cultural, social, political and moral revolution overturned all values: his aesthetics revisited traditions with a modern twist.

That first collection, and everything that followed in his fashion, drew inspiration from the Basara, a word indicating a free, revolutionary approach, with special reference to a prominent group of Samurais who lived independently and unconventionally in 16th-century Japan.

David Bowie thus became a Basara Samurai in a spectacular costume where vinyl replaced fabrics, whose silhouette recalled a manga hero from the space. This is how Yayamoto himself saw him at the 1973 concert at the Radio City Music Hall in New York:

I’d never seen a performance like it. When the show started, he came down from the ceiling, wearing clothes I had designed. Then there was a movement that often occurs in kabuki, which is called hikinuki, where somebody is wearing one costume and it is stripped off, immediately revealing what is underneath. It was very dramatic

The show conquered Yamamoto’s heart, and when he left fashion in the ‘90s, he started producing events that he called “Super Shows”, where a combination of music, dance and acrobatic stunts attracted thousands of people. Before going back to fashion in 2013, he designed the Skyliner train which has been connecting the Narita airport to downtown Tokyo since 2010. In 2018, he teamed up with Louis Vuitton on the 2018 Resort collection, featuring prints and fabrics inspired by the Japanese Kabuki art.

Alongside Bowie and Lady Gaga, his fashion strongly inspired creatives like Jean Paul Gaultier who, just like him, worked on silhouettes that bordered on illustrations – characters that were expected to find in dresses the strength to show their true selves. His ability to create by mixing symbols of distant worlds and times clearly emerges from the story of Sayoko Yamaguchi, the first Asian model in Europe. 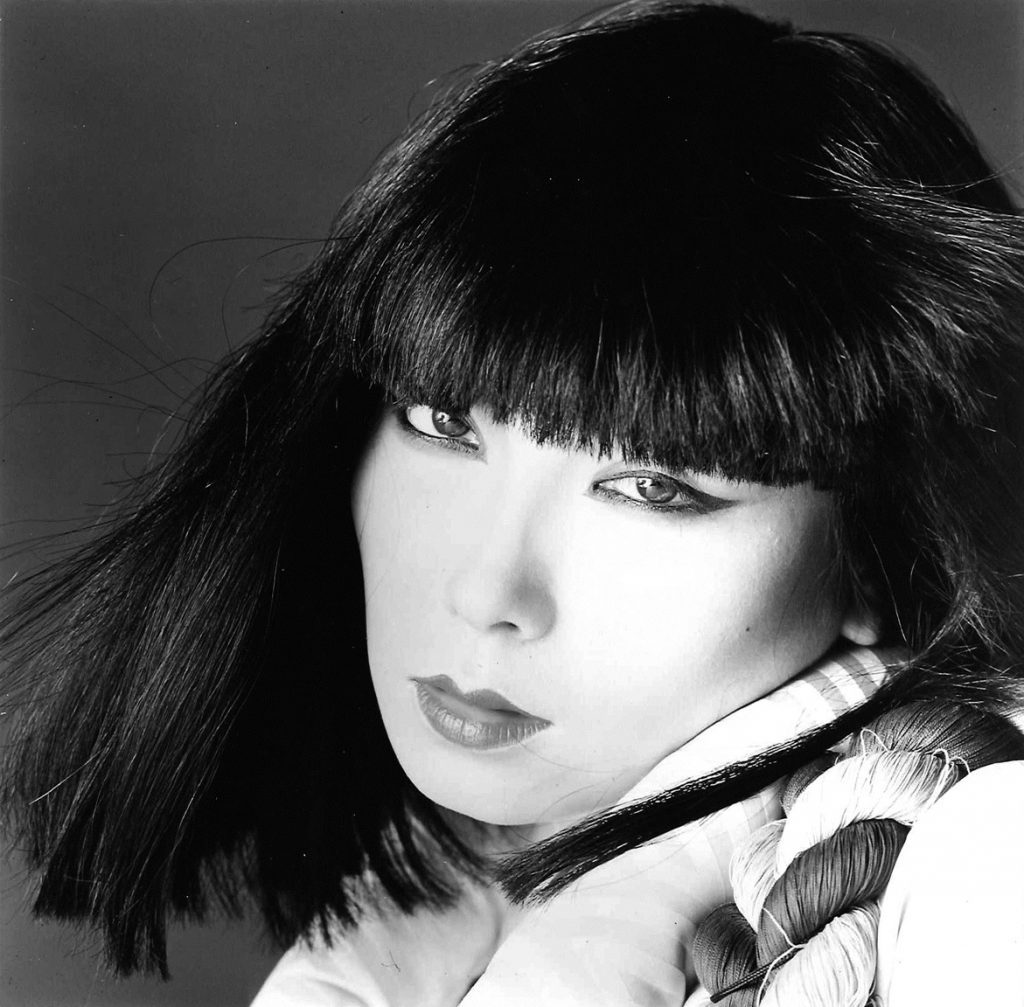 By taking his muse to Japan, Yamamoto did something extraordinary: Eastern beauty questioned commonly accepted standards both there and back in Japan. Until then, Japanese ads had preferred Asian models. In 1972, Sayoko Yamaguchi was the first Asian to parade in Paris, starting a top-model career that contributed to Europe’s new wave of appreciation for the Japanese aesthetics. 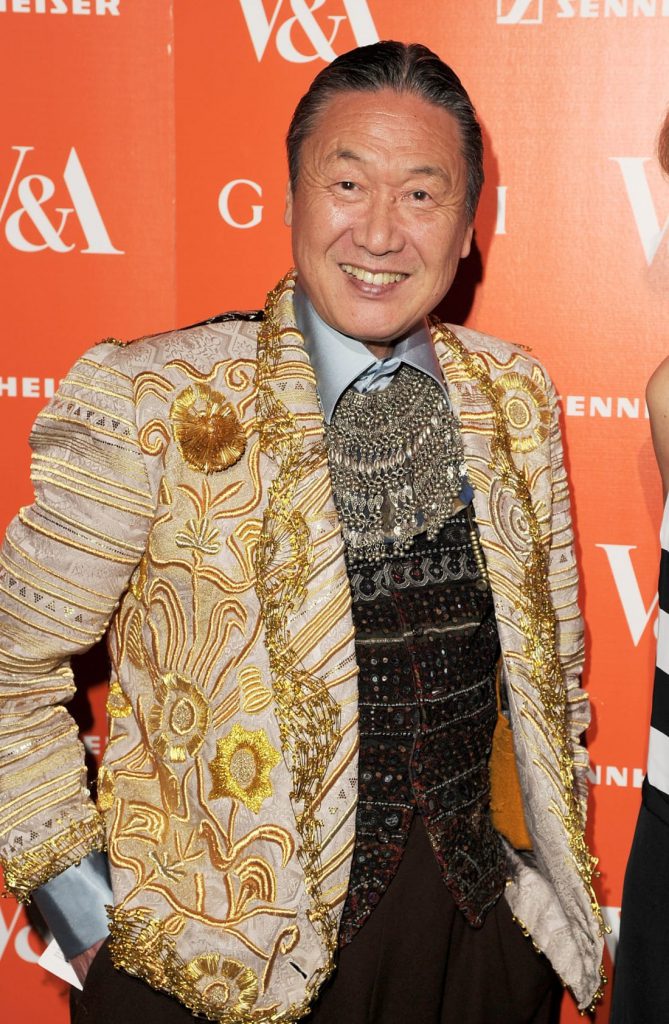 The legacy of Kansai Yamamoto, the ever-smiling foreigner that taught us the art of cooperation, is deeply rooted in the search of beauty through the re-interpretation of traditions, the only way to picture true modernity.