MFW: the baton on to Milan

After New York and London, Milan now receives the baton for a Fashion Week that promises to strike the perfect balance between prestigious names and new talents.

The credit goes to the National Chamber of Italian Fashion (CNMI), which gathered Milan’s major fashion houses around the table last summer to lay out the diary in detail.

The well-balanced schedule gives space to two to three big brands a day, which alternate with shows by small or medium-size brands, emerging designers and foreign labels including Boss, Peter Pilotto and several Chinese names. 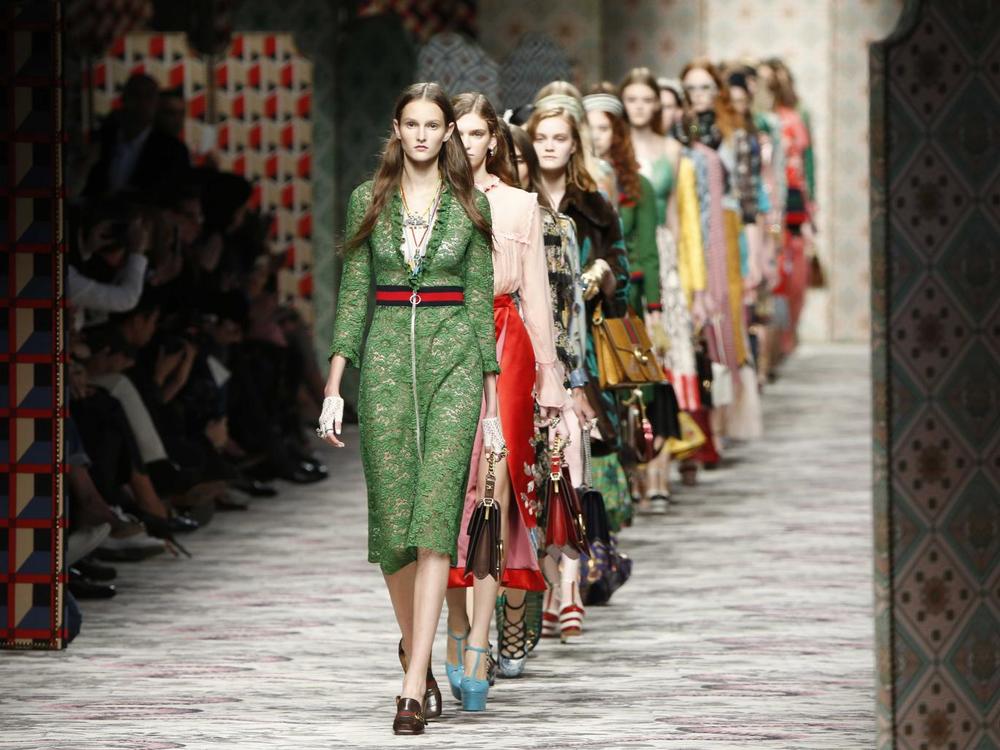 Creativity from Africa is in attendance too, with three different initiatives.

An overall 170 collections and 57 official runways are making up this Fashion Week, running September 17 to 23 and dedicated to women’s Spring/Summer 2020 collections.

The program features around an additional 110 presentations and 54 special events (an encouraging increase on last season’s 30) that count a number of new store openings like Tod’s, Philipp Plein and MSGM, as well as parties and important shows such as the “Time Capsule” exhibition, covering Louis Vuitton’s 60 years of history, or the third edition of the Green Carpet Fashion Awards, the Oscars of ecological fashion, that will close the Fashion Week on Sunday 22. 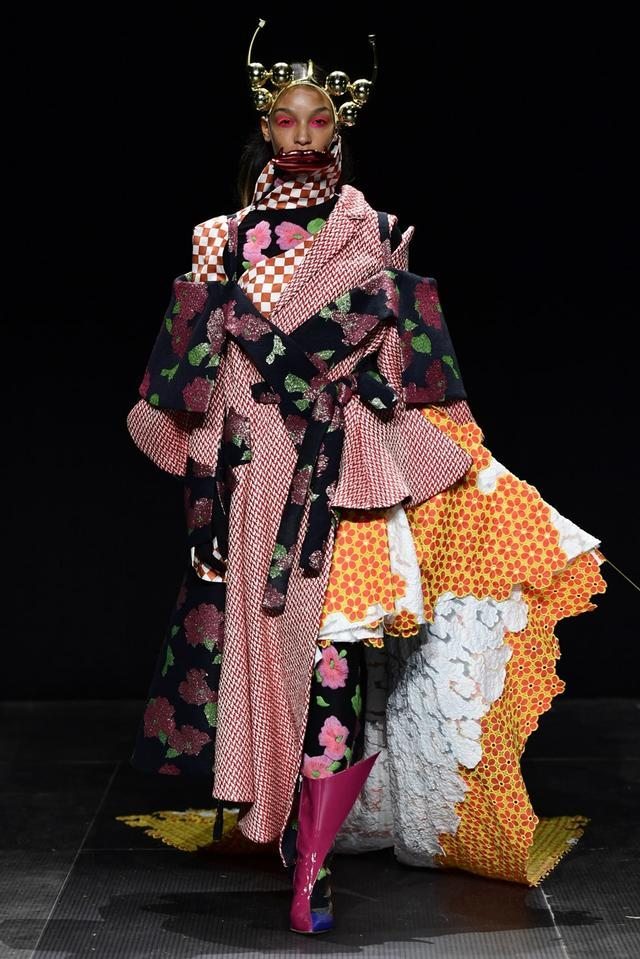 The fashion shows will debut on Tuesday night with Benetton’s event at Piscina Cozzi, a historic sports center inaugurated in Milan in 1934 with a 33-meter pool. The show is featured in this season’s event calendar, which includes at least ten additional events besides the traditional diary.

As per the schedule, historic brand Luisa Spagnoli is parading at the Stock Exchange on Friday 20. Chinese designers will be there in strength too on Thursday, with a show by Bosideng – a group specialized in down jackets – and a long series of younger, less known labels.

Houses holding off-schedule events should not be forgotten either: to name a few, Dolce & Gabbana on Sunday 22 and Elisabetta Franchi on Friday 20.

The official diary features a first major moment on Wednesday with Peter Pilotto. Peter Pilotto and Christopher de Vos, the renowned duo heading the brand that has been a regular on London’s catwalks, are parading in Italy for the first time at this MFW. On the same day, Prada, N°21 and Jil Sander are also expected to hold their shows.

Noteworthy Boss, German Hugo Boss’s young line, will be there as well, taking to the stage on Sunday 22. Attending the New York Fashion Week since 2014, the label is now making its first appearance at the Milan event with a mixed show. On Sunday, Drome will also take its first steps in the Italian fashion capital to celebrate its 10thanniversary. Led by Italian designer Marianna Rosati, the brand had previously been part of the Paris off-schedule events.

But Sunday 22 has got more in store: highly expected Chinese debut designer Shuting Qiu, who came under the spotlight last year with her New York show via the “Vfiles” platform, well-known for having discovered the most interesting talents of the moment. The designer lives in Antwerp, where she graduated from the Royal Academy of Fine Arts and launched her own label in 2017 by playing on a powerful female silhouette and an explosive mix of lively patterns and colors. 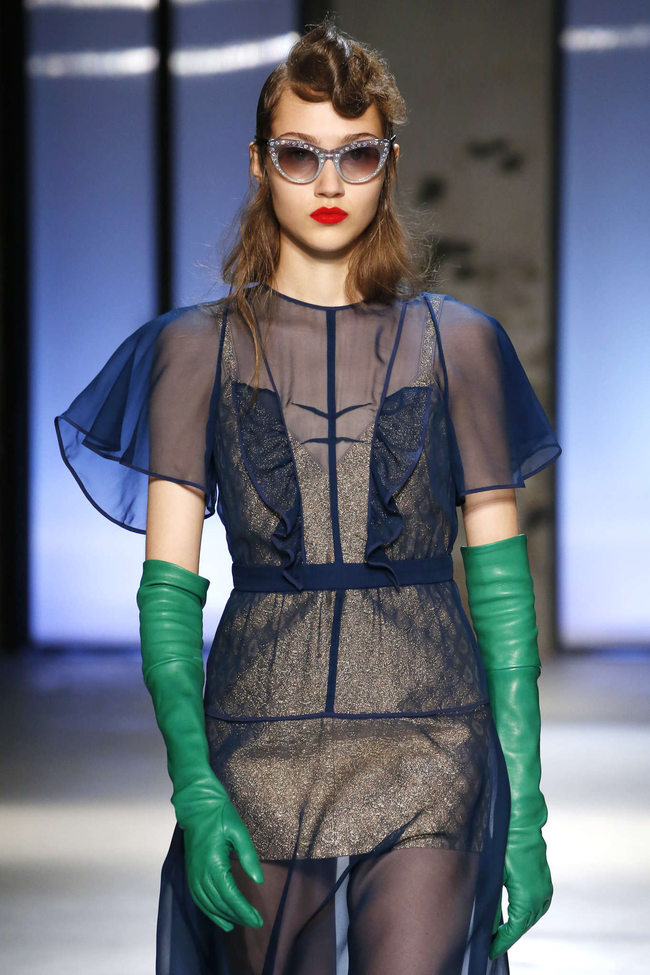 On Thursday 19, the stage will go to Max Mara, Fendi, Bottega Veneta, Moschino… and Italian Vivetta, the honor guest at the Super trade show organized by Pitti Immagine, where the brand’s first footwear range will be unveiled. Simona Marziali’s show will follow. A fashion enthusiast specialized in knitwear, Marziali boasts a long experience serving for several prestigious fashion houses and will debut in Milan with the MRZ brand, which she founded with her family’s company in 2002.

On Friday 20, all eyes on Versace, Marni, Marco de Vincenzo and especially Frankie Morello, officially back to the Milan Fashion Week after forsaking it four years ago. After a take-over, the brand is opening at the MFW a new chapter in its history under the artistic direction of Croatian Damir Doma.

Fila will also be back to Milan on Sunday after a first, warmly welcomed event at last year’s Fashion Week. On Wednesday 18, another comeback by Tiziano Guardini, winner of the first Green Carpet Fashion Awards in 2017, who had only opted for a presentation last February.

The numerous new participants make up for the seven defections of this season, starting from Roberto Cavalli, under negotiations to be sold. As for the youngest brands, Francesca Liberatore is turning down its runway show to focus on the original pool-side performance schedule for Tuesday at Bagni Misteriosi, where the brand will unveil its partnership with Arena in collaboration with the Italian synchronized swimming national team. The same goes for Italian-Chinese label Ricostru, which has replaced the catwalks with a presentation cocktail party to announce its collaboration with Californian shoemaker Skechers.

After February’s large event, Moncler will take a break this season, while Simonetta Ravizza is introducing the new collection with a video screening at its brand-new store. After moving from Via Montenapoleone to Via Santo Spirito, the brand is thus celebrating the new shop opening. Last, Alberto Zambelli and Byblos are no longer featured in the schedule.