It was the 84th edition of the Pitti Immagine menswear show in Florence when MSGM, the brand founded by Massimo Giorgetti, presented its collection in the framework of Pitti Italics, a program aimed at supporting the new wave of Italian designers already active on the international scene.

The attention for Italian tailoring, as well as contemporary experimentation mixed with artistic references – such as the indie band MGMT or The Cardigans, who inspired the brand’s acronym – have shaped  the label’s clear stylistic identity right from the start, as it walked down a path marked by successful achievements, the most diverse projects, and ambitious prospects. 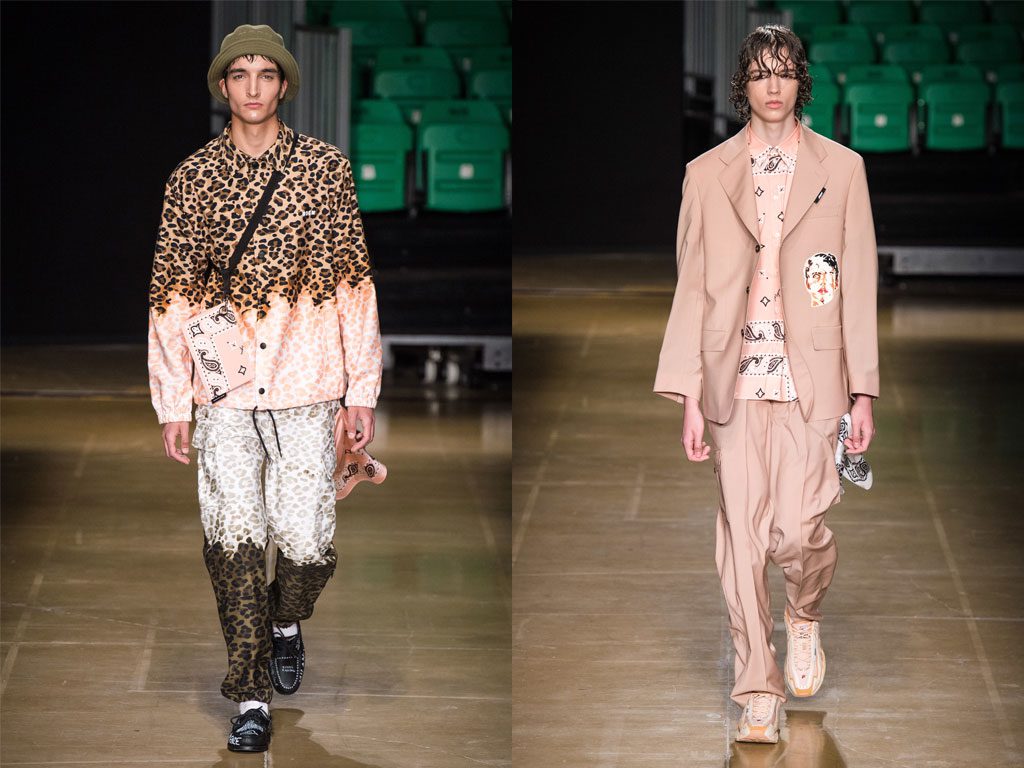 Today, after several collections and retail developments, the brand has reached its first ten years of activity. What better way to celebrate than going back to the place that contributed so much to its popularity? So MSGM headed back to Florence for the Pitti Uomo 96 show as Pitti Special Anniversary, to celebrate its tenth birthday with the SS 2020 collection fashion show at Nelson Mandela Forum. 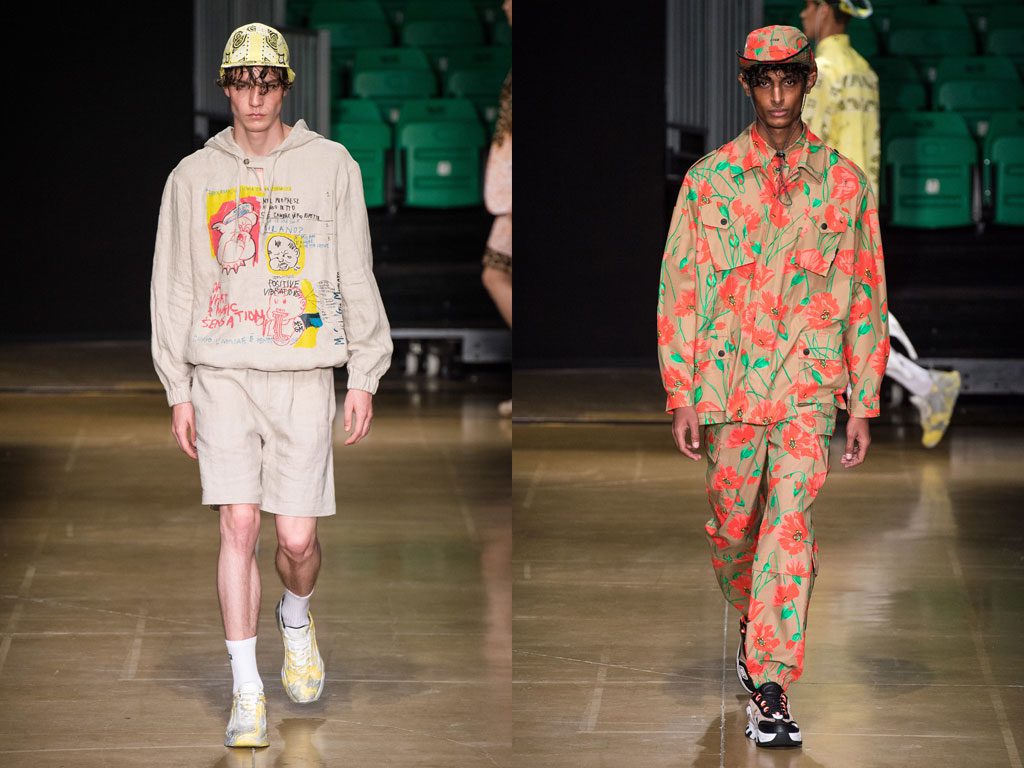 In a deeply dark set whose only source of light was a digital projection recreating a virtual pool, the brand paraded its 54 new looks. The label’s DNA was more evident than ever: a blend of tailoring and sportswear that permeated pop and animal prints, tye-dye pleated patterns, tech fabrics and denim.

The collection had a playful, carefree mood: a true ode to the joy of living, to an Italian summer that opens to fun mix-and-matches of formal pieces, such as double-breasted jackets and shirts, and more casual items like shorts. Perfect outfits for the urban man who is not afraid of daring with bold sets and blocks of color – a longing for summer also expressed by the introduction of urban-style swimwear. 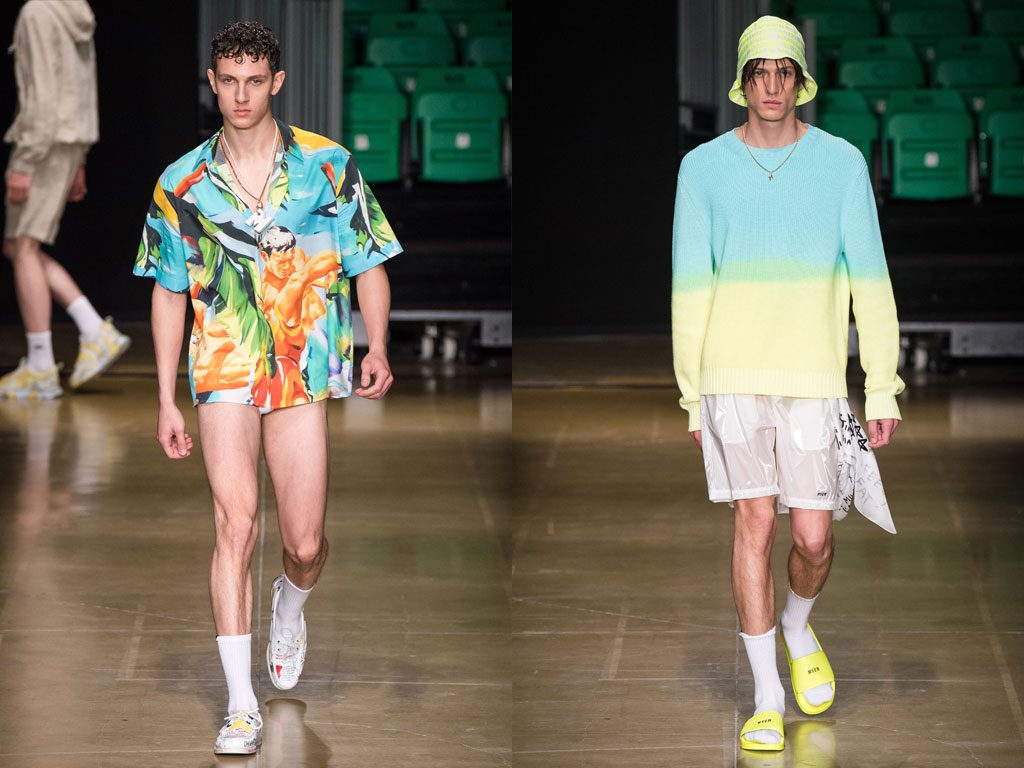 The final touch to the collection are shows created in collaboration with Sebago, both in original versions and in customized editions with illustrations. MSGM’s duet with Fila has resulted in a series of bags, bum bags, hats, swimwear and even a new take on the Adrenaline sneakers, a clear sign of the Italian brand’s growing interest in accessories. 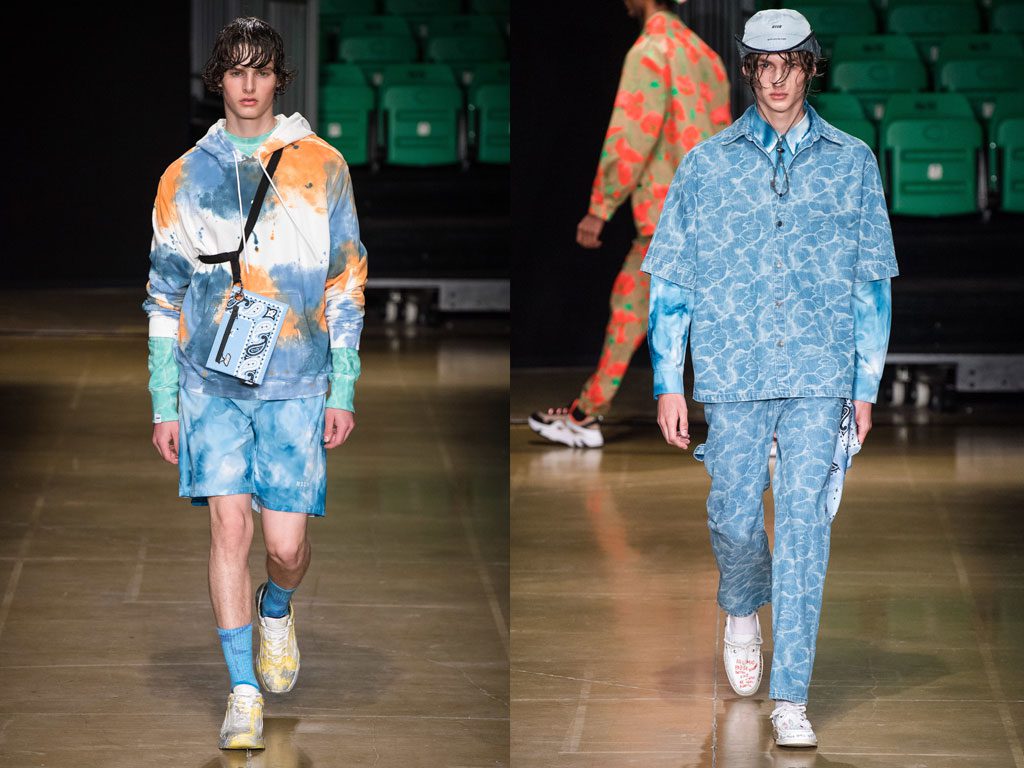 Continuous experimentation and visions to develop: besides, “never look back” is not just a motto, but a real modus operandi that represents the label, and that also dominated the invitations to the show.